Cause of death: find out stroke

Luke Perry is an American actor, a star of the Beverly Hills, 90210 series. Due to his role as bad guy Dylan McKay, he became the idol of millions of viewers. Unlike many colleagues on the series, he didn’t disappear from the radars: he played more than eighty roles in movies and television series’ and in 2017 he declared himself in the Riverdale TV series. 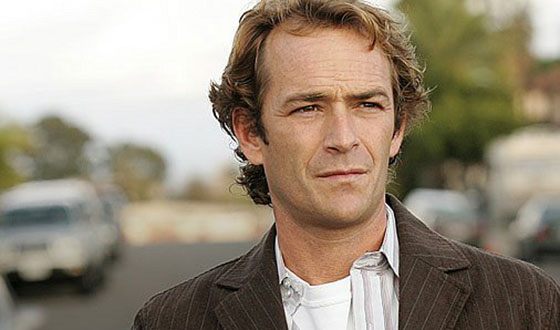 The future actor’s Childhood and youth passed in Ohio. Coy Luther Perry III was born in Mansfield to a poor American family. His father was a steelworker, his mother was a housewife and raised Luke, his older brother Tom and his younger sister Amy.

Luke Perry and Matthew Perry are not relatives but namesakes.

When our hero was seven years old his parents divorced and soon his mother remarried. The family moved to the small village of Fredericktown, where Luke went to first grade. He could not boast of excellent performance, but the whole school was proud of his achievements in sports. 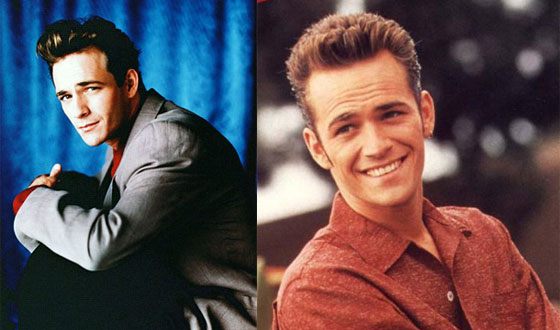 Young Luke Perry
The boy went in for tennis, football, played in the teenage basketball team, and was a regular participant in all local sports events. Luke was even honored to become Freddie Bird - the school team mascot and he was lowered from the helicopter directly onto the football field.

Since then Luke liked to be in the center of attention and attract the enthusiastic views of others. Therefore, after graduation, he made an unexpected decision for his parents to become an actor and went to Los Angeles, the center of the American film industry, and the city of great opportunities.

At first life in the huge metropolis was not at all what the young ambitious provincial had imagined. At the auditions and casting, he was most often pointed to the door, so Luke had to sell shoes, install door handles, and even lay asphalt to earn a living. 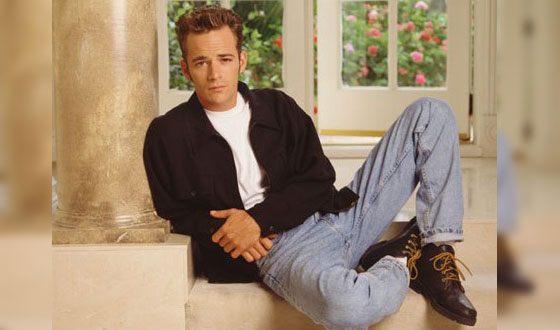 Young Luke Perry
Fate took pity on him in 1985 when the young man was lucky to play with Ellis Cooper in a video clip of the then super-popular Twisted Sister rock band. Finally, the directors drew attention to the charming, handsome young man, who looked great in the shot. Luke received a small role in the Loving and Another World TV series’, which though didn’t become his high point, but helped the beginning actor to gain the necessary experience.

In 1990 Perry was invited to the casting of the new Beverly Hills, 90210 teen series, which Aaron Spelling launched. At first, Luke auditioned for the role of Steve Sanders but lost to Ian Ziering. But Spelling liked the actor and the producer offered him the role of a secondary character, Dylan McKay, a charming adventurer and conqueror of women's hearts. 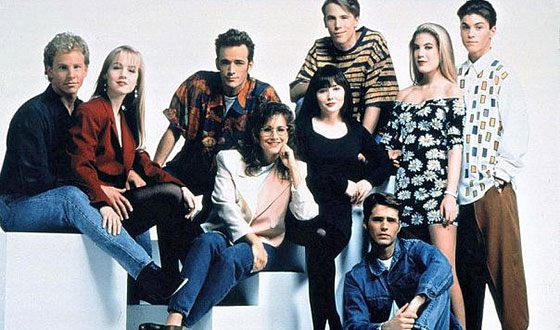 Luke Perry in the Beverly Hills, 90210 series
Dylan’s storyline was supposed not to exceed a couple of episodes. But the character was so loved by the audience that he became one of the central characters of the story.

In the summer of 1991, it already became obvious that the series had become a lucky ticket for all the young actors who took part in it. The history of the golden teenagers who experienced the same problems on the screen as their peers from simple families became a real TV hit of the 90s.
Dylan McKay - Bridges I Burn
For ten seasons the audience watched the life of the heroes, who had become their idols over time, with unconcealed interest. The Beverly Hills made not only Luke stars but also Shannen Doherty, Tori Spelling, Jennie Garth, and Jason Priestley. Perry shot in the series till 1995 inclusive and left, having starred for six seasons.

Luke declared that the quality of the script and the storylines sucked from the finger ceased to suit him. Later the actor admitted that he didn’t want to play without Spelling, who was pushed by The CW channel.

After leaving the series Perry switched to the big cinema. He played a policeman in the Normal Life (1995) crime picture, which appeared in the cult The Fifth Element by Luc Besson (1997). However, the image of Dylan had stuck to the actor so firmly that the audience hardly perceived him in other roles. And the fees were disparately less than the huge amounts he earned in the series. Therefore, in 1998 the actor returned to the Beverly Hills (mainly due to financial means) and remained there until the last season, which was released in 2000. 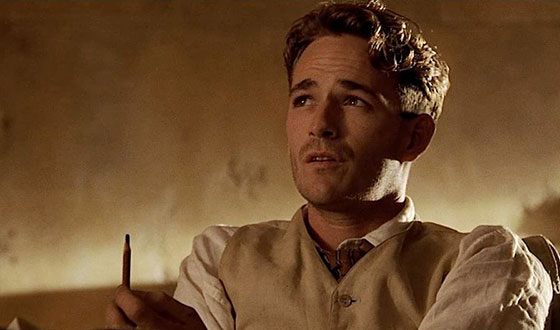 Luke Perry in The Fifth Element

Life after The Beverly Hills

It is hard to say that Luke was out of work after the series ended but he failed to jump above his head. Though there are quite a few lines in his filmography, with rare exceptions he had secondary characters. But in 2001 he appeared on Broadway, in a revival of The Rocky Horror Show.

For two seasons (2001–2002), he starred in the Oz TV series, then spent two years on the Jeremiah TV series, where he was given the lead role - the hero of the post-apocalyptic world, surviving after a devastating pandemic. 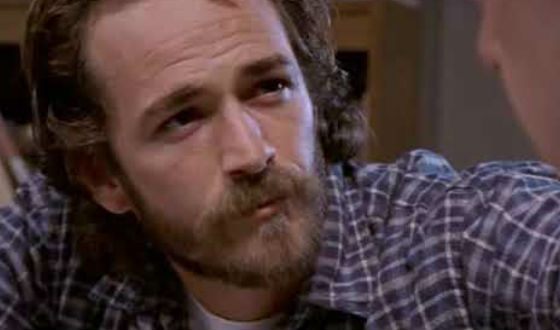 A shot from the Oz series
In 2006 the actor became one of the key characters in the Windfall comedy series about a group of friends who suddenly won the lottery. 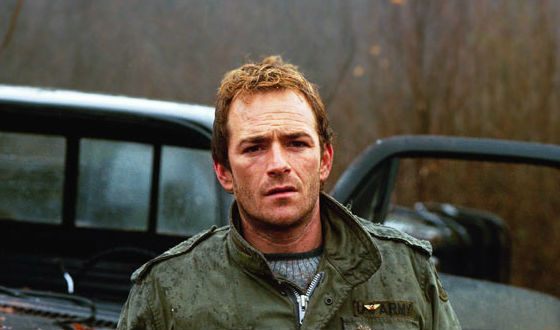 On the set of the Jeremiah series
Over time, the projects that Luke agreed to participate fell in quality. It seemed that everyone forgot about the teen idol of the 90s but in 2017 he was lucky to be approved for the role of Fred, Archie's father, one of the main characters of the Riverdale series, played by KJA. The project’s ratings have broken the most daring expectations and the actor, one might say, has experienced a second wave of glory.

There have been not a few love stories in charming lady-killer Luke’s life, which the actor does not seek to make public. In 1993 the actor married actress Rachel Sharp, who bore him a son Jack (1997) and a daughter Sophia (2003). Ten years later their marriage broke up but Luke continues to patronize his children and tries to see them more often. 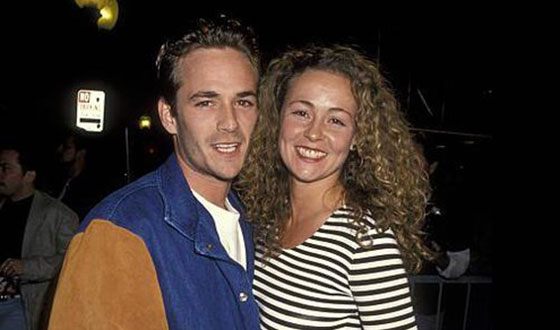 Luke Perry and Rachel Sharp
Accordintgo Zoomboola.com, in 2015 Perry has removed a pre-cancerous tumor in the rectum, which was discovered during a routine examination. The actor had a lot of exciting moments and since then, not only has he been attentive to his health but also calls on all his fans to do a full medical examination more often. 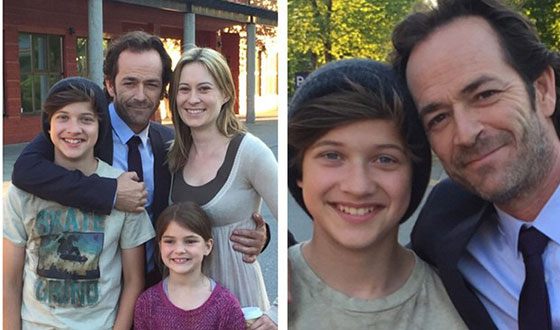 Luke Perry and his children

Last years of life and death

The long-awaited premiere of Quentin Tarantino’s Once Upon a Time in Hollywood, in which our hero was filmed surrounded by stars such as Leonardo DiCaprio,Brad Pitt and Al Pacino, took place in summer 2019. There were also talks about the restart of the Beverly Hills 90210 series. 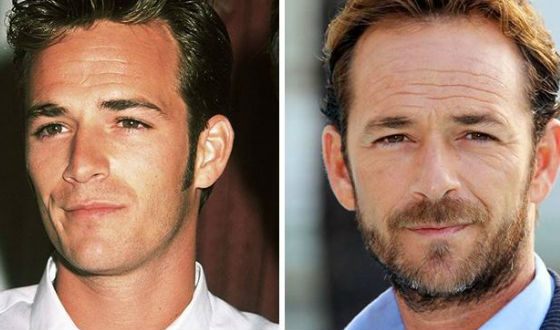 Luke Perry in his youth and now
But Luke did not live for the premiere - and after all, when he got the role from Tarantino, film critics predicted a new flourishing of his career. February 27th Luke felt bad. Doctors diagnosed a stroke. March 4, 2019, he died at home, surrounded by native people. 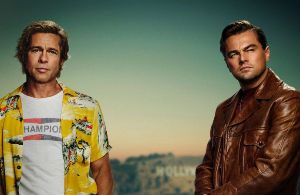 The first official teaser-trailer for Quentin Tarantino’s 9th film "Once upon a time in Hollywood" is available on YouTube.