Erin Moriarty is a pretty baby-faced blond who has been wanting to become an actress since her school years. Roles in such TV series as Red Widow, True Detective, and Jessica Jones made her a well-known actress. In 2019, she joined a men's company of superheroes of one of the most noteworthy projects of the year titled The Boys. It was a fantasy comedy action film. 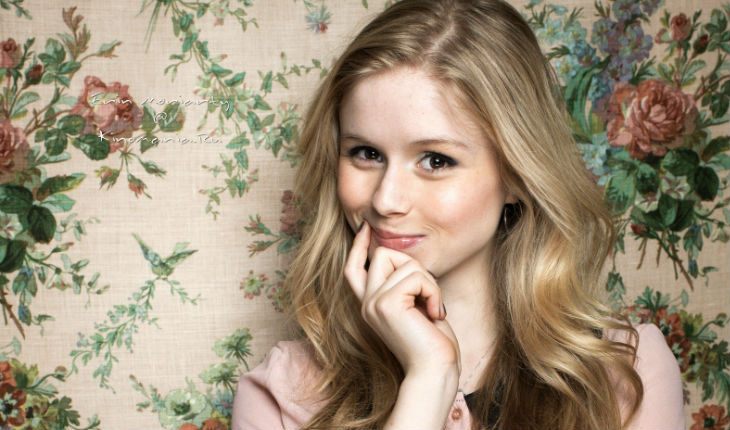 Erin Moriarty is originally from a city usually, which is associated with a legendary film Breakfast at Tiffany's, New York. Erin was born on June 24, 1994. She says that she demonstrated an independent and even a little rebellious temperament even when she was little. 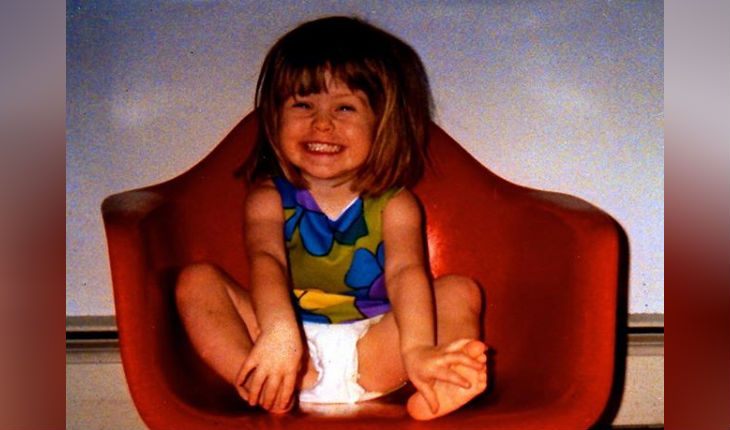 Little Erin Moriarty
In one of the interviews, the actress said that at the age of eight, she took an independent journey around New York with her friend, so their parents had to ask the police to help them find the girls. Fortunately, the little rebel girl returned home safe and unharmed. Her parents were so happy that even didn't punish her. 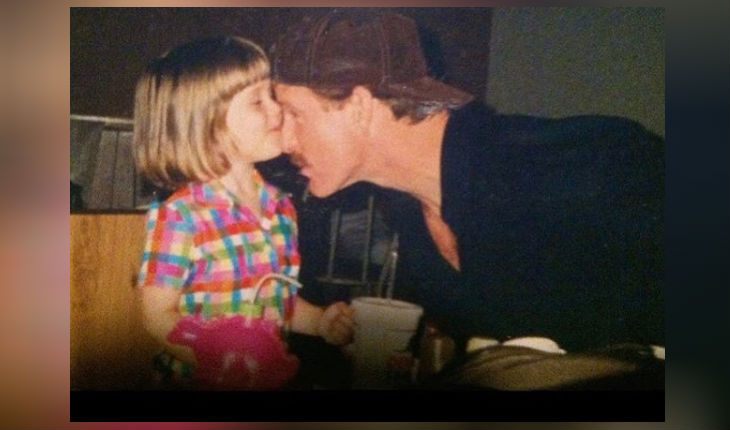 Little Erin Moriarty with her Father
At school, Erin enjoyed reading. After her English teacher recommended her to read Shakespeare's plays, she got into theater. After school, Erin decided not to waste her time studying dramatic art, and at the age of 17, she got her first role. 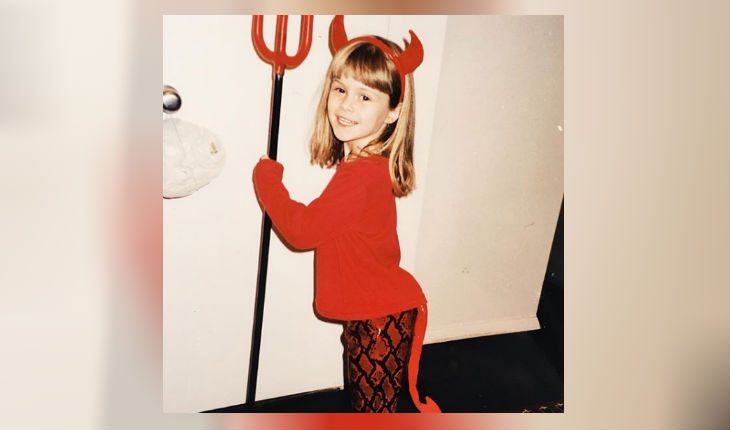 Erin was a True Rebel
There isn't too much information about her parents. An interesting fact is that there are two women with the name Erin Moriarty in New York. One of them is the heroine of this article, and the second one is a very famous journalist who has been working in the show 48 Hours since the 1990s. However, they are not relatives; they don't even know each other.

In 2011, Erin had her first screen debut by playing in a few episodes of such popular TV series as One Life to Live (six episodes) and Law & Order: Special Victims Unit. It helped her to draw attention to herself. She spent the money she had earned to hire an agent.

In 2012, this tall and slender blonde got a chance to portray a daughter of Vince Vaughn's character in a fantasy comedy TV series The Watch. Ben Stiller whose character started an unusual neighborhood-watch, Billy Crudup, and America's sweetheart, Jonah Hill, joined the cast as well. 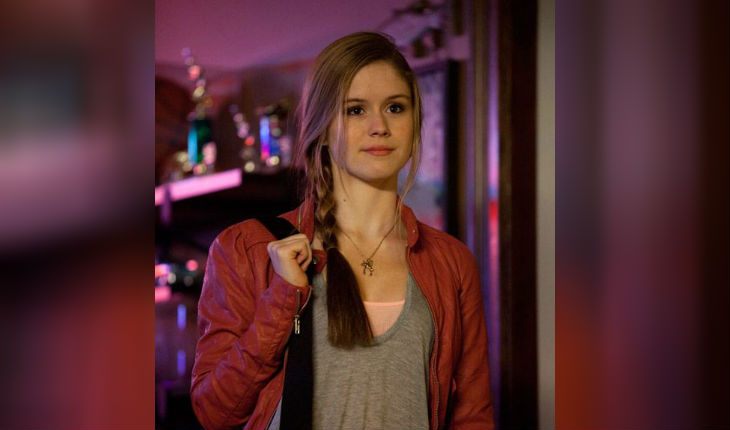 Erin Moriarty at the Beginning of her Career (The Watch)
The following year, Erin got the lead in a multi-episode drama project Red Widow, which was a remake of a popular Holland TV series Penoza. Radha Mitchell portrayed the mother of young Natalie brilliantly portrayed by Erin. Goran Visnjic, a star of such films as Practical Magic and Close Your Eyes, portrayed a criminal boss. 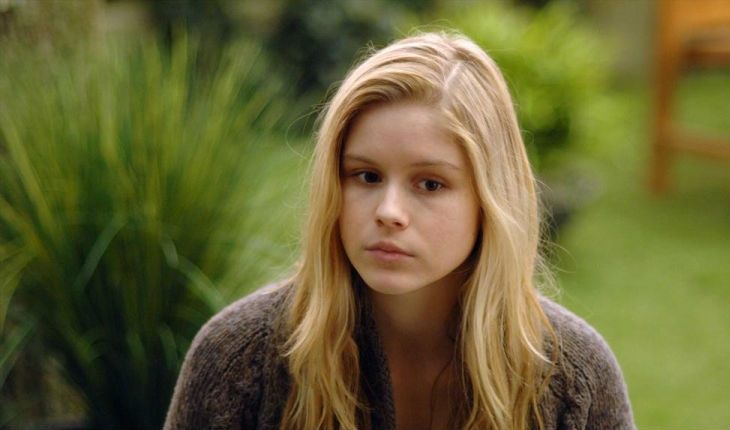 A Frame from Red Widow
Even though some viewers loved the Holland version more than the American one while some didn't love the exaggerated portrayal of mobsters whose gang film creators called Bratva, the project was successful. Critics appreciated its liveliness and teamwork of actors.

Nick Robinson and Gabriel Basso joined Erin in a youth comedy-drama The Kings of Summer that was released in 2013. The film was remembered for rebellious age issues tactfully touched by its creators and the lively play of young actors. A fantasy-thriller The Philosophers was also one of her first films. In this film, she worked with James D'Arcy and Bonnie Wright. 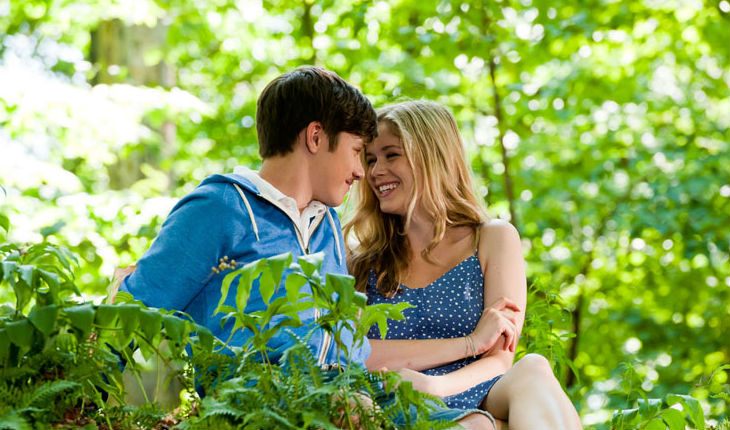 The Kings of Summer: Erin Moriarty and Nick Robinson
The first season of the TV series True Detective, which instantly became iconic, continued a series of young actresses' victories. On the set of this well-known film, Erin met Woody Harrelson, portraying her father and a police officer, and Matthew McConaughey who played a difficult and tragic role of a detective Cohle. 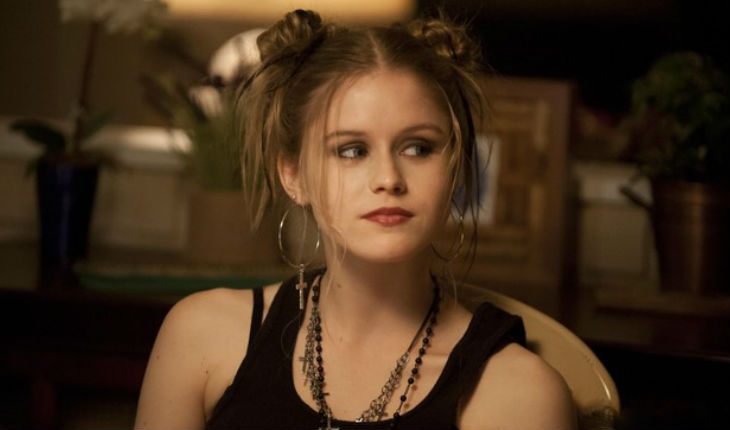 Erin Moriarty in the TV Series True Detective
After the premiere of the TV series, IndieWire included Erin in the list of Top 20 Young Actresses. The website also prognosticated that her career would have rapid development during the next couple of years.

In the superhero TV series of 2015 Jessica Jones, the actress portrayed Hope Shlottman, one of Kilgrave's victims. The project wasn't successful among fans of the Marvel Cinematic Universe. They called it depressive. 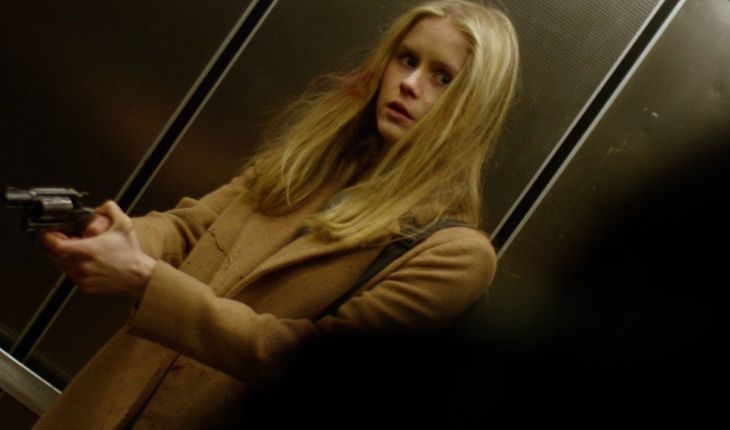 A Frame from the TV Series Jessica Jones
But the sudden appearance of David Tennant in the story about a girl who after a car accident in which she had lost her parents discovered that she had superpowers made the film a little more enthusiastic. Krysten Ritter portrayed Jessica. Carrie-Anne Moss, Wil Traval, and Mike Colter, portraying an unbreakable strong man, joined the project as well. 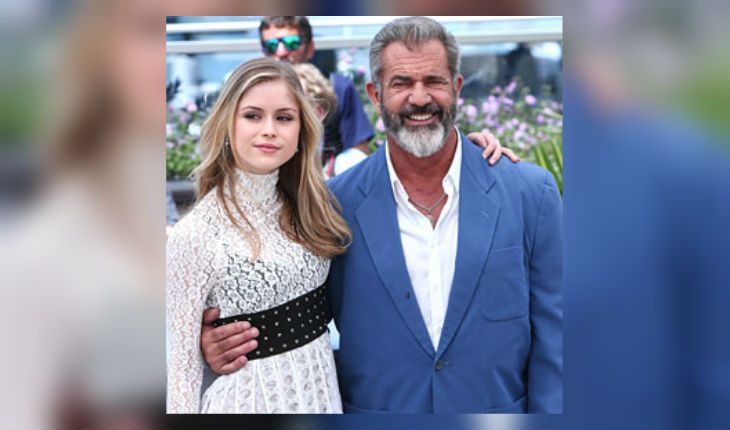 Erin Moriarty and Mel Gibson
She was able to capture the inner stress of her character, who had to ask her not perfect alcoholic father, who spent half of his life in jail, for help. Diego Luna, Ryan Dorsey, and Thomas Mann appeared in the film as well. 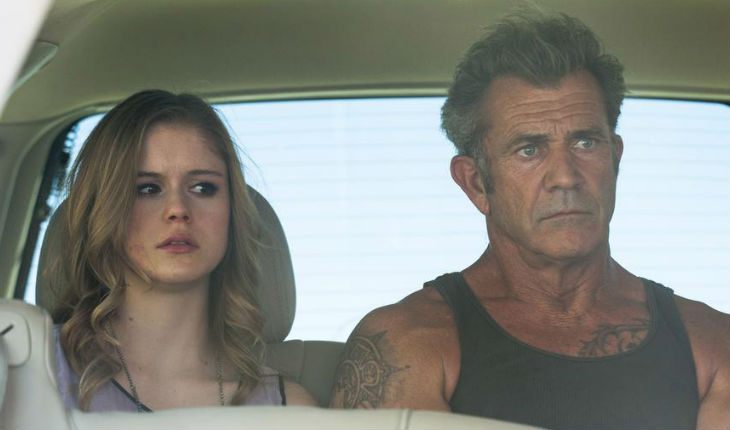 A Frame from Blood Father
In a horror drama Within, Erin portrayed young Hannah, who moved to a new house with her dad. As always happens in such films, that house had terrible secrets and mortal danger. The actress worked with Blake Jenner, Teagan Sirset, and Michael Vartan. 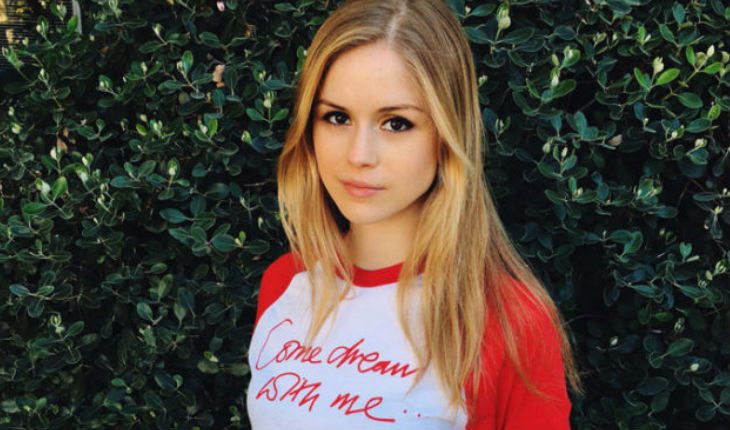 Erin Moriarty's Height is 168 cm, Weight is Around 55 kg
The film was released in late 2016. Both critics and viewers didn't like the film much because it had a lot of clichés, but they could not fail to note Erin's unique dramatic talent and her beauty, of course.

In 2018, Erin appeared in a sports drama The Miracle Season, in which she portrayed Kelley, who was trying to become a captain of a volleyball team. Helen Hunt portrayed a volleyball coach. She impressed Erin with her talent and simplicity in everyday communication. Danika Yarosh, Jason Gray-Stanford, and Tiera Skovbye also starred in the touching story about the triumph of willpower over unfair circumstances. 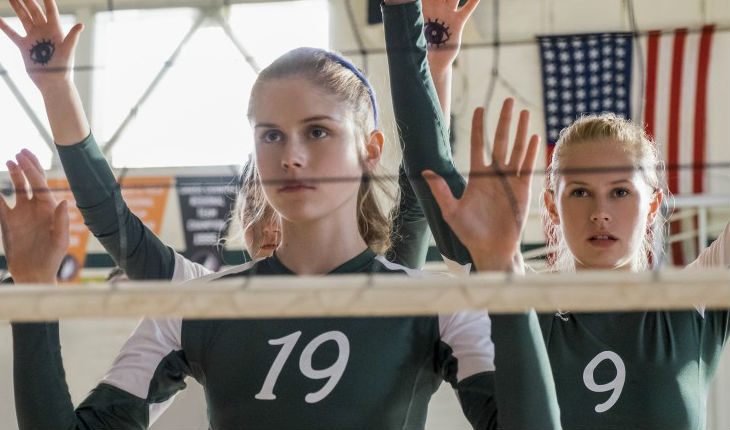 Erin Moriarty in The Miracle Season
In a detective horror thriller of the same year Monster Party, the actress starred with Julian McMahon, Virginia Gardner, and Robin Tunney.

In one of her interviews, Erin said that she would focus on her career. The actress doesn't regret abandoning traditional college education. 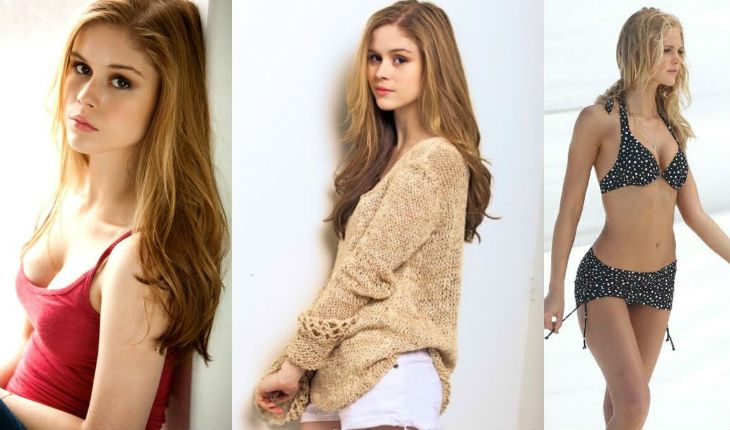 Beautiful Erin Moriarty is Single
There isn't any information, confirming that Erin has a boyfriend. But is it possible for such a beautiful and charming actress to be single?

Frances McDormand and Helen Hunt are her idols. Carey Mulligan is one of her favorites among her younger idols. Erin says that she is terrific. Since 2014, Erin has been living in Los Angeles, but she still misses her precious New York, her home city. She tries to stay in shape by practicing every day. Reading is her main passion.

In 2019, Erin joined the cast of the comedy superhero TV series The Boys. She joined a men's company consisting of Karl Urban, Antony Starr, and Chace Crawford. 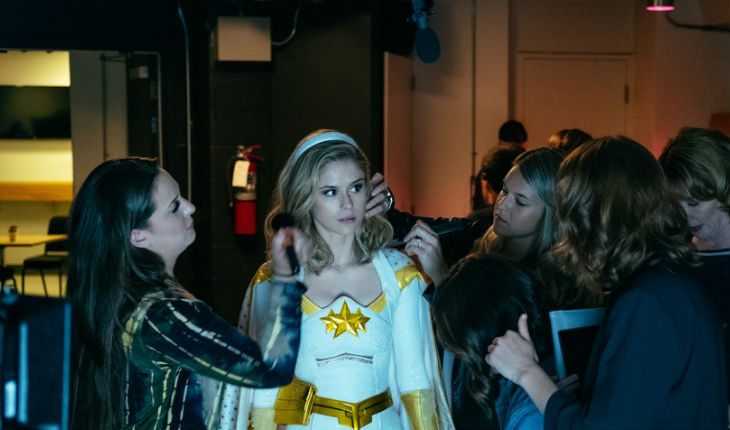 On the Set of The Boys
According to all viewers, Erin's character, Starlight, was fascinating. Erin's gift of transformation and acting charisma fascinated them even more than her beauty.
The Boys. Trailer
The TV series became a sensation of a summer season, mainly thanks to a fresh way of looking at a superhero theme that had become outdated. The scene takes place in the world where superheroes are real thanks to V corporation whose representatives find children with superpowers. However, superheroes are not nice in real life. 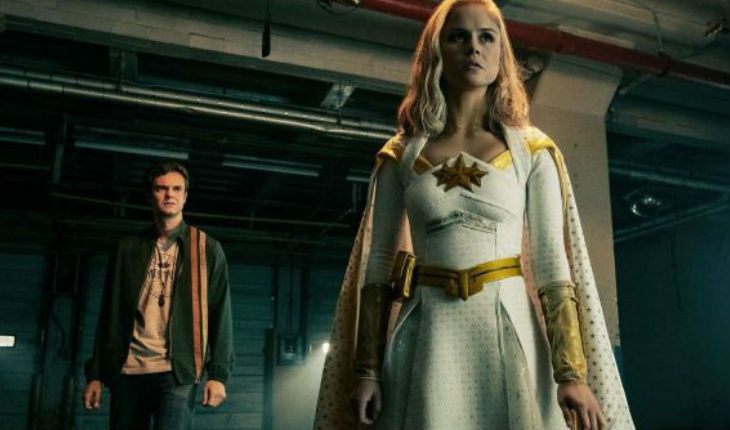 The Boys: Erin Moriarty as Starlight
Erin Moriarty's character, who is one of such gifted children, gets into a team of the strongest American heroes, the Seven. However, she begins to realize that the inside world of superhero business is a lie and violent.

Also in 2019, the short film Famous Adjacent was released with Erin's participation.
ZoomBoola.com