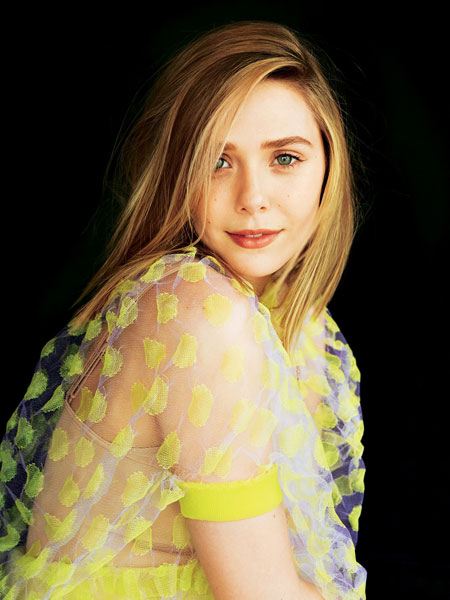 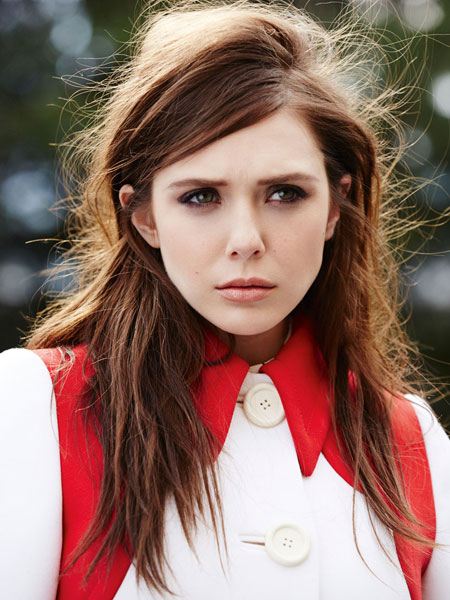 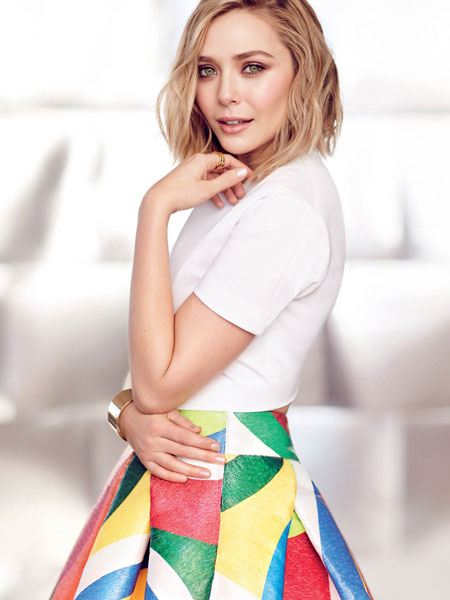 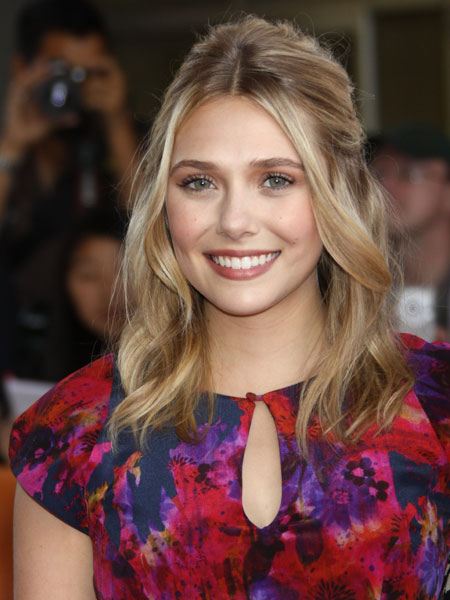 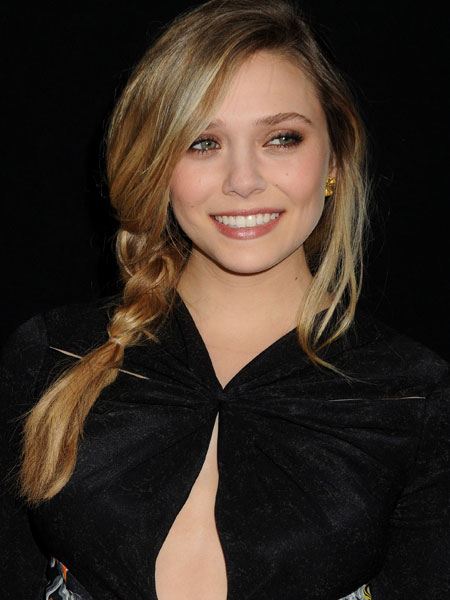 Elizabeth Chase Olsen is an American actress, famous for the Marvel films («The Avengers», «Captain America»). She is the younger sister of twins Mary-Kate and Ashley Olsen. Net worth: $11 million. 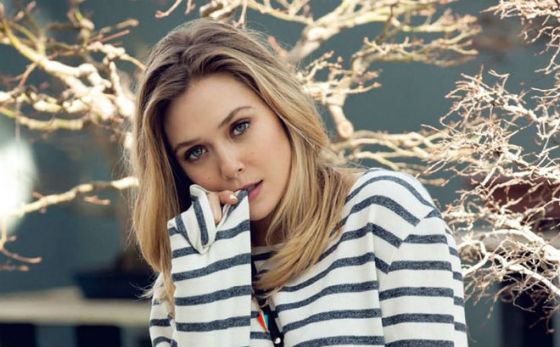 Elizabeth Olsen is a talented actress, born to the family of a banker and his famous ballerina. Six years after her birth, her parents divorced. The girl never wanted to be like her famous twin sisters Mary-Kate and Ashley Olsen, but at the same time, she dreamed of surpassing her elder brother Trevor in everything. By the way, Trevor was a notorious fan of comics and later helped his younger sister prepare for her important role in the film about Captain America. Lizzie herself was not familiar with these comic books, so she could not imagine how she would play the part of the Scarlet Witch. Thanks to her brother it was completely possible – in fact, he gave the girl the most important advice. 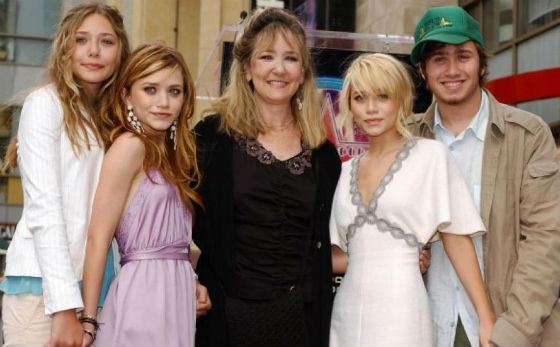 In the photo: all the Olsen kids with their mom
Lizzie, for a long time, could not decide who she really wanted to become. While still a child, the girl starred in one movie («How the West Was Fun» in 1994), but then, after getting turned down by Robert Rodriguez, but acting to the side.

In 2004, the press actively poured mud on Mary-Kate and Ashley, almost daily publishing dirty rumors and publications in which the young actresses were given the most impartial epithets. After that, the twins made their final decision to leave a film and took on fashion, and shocked by the events that happened, Elizabeth fully supported her sisters and became disillusioned with the film industry. Perhaps that is why during her school years the girl went by the last name Chase so that classmates would not ask unnecessary questions, and teachers would not lead inquiries about her famous sisters. After this, the unpredictable girl went to Moscow, deciding to enroll at the Moscow Art Theatre School. While learning, Olsen studied all of Chekhov’s plays, cheerfully spent her student years, and even had a whirlwind romance with a classmate. But these feelings could not endure the subsequent separation. As a result, Lizzie returned to her homeland, and the young man remained in Russia.

In 2011, after a 17-year hiatus, Lizzie decided to return to the world of cinema. Her debut film at a mindful age was the movie «Martha Marcy May Marlene». After the premiere, many prominent directors immediately turned their attention to the young, interesting actress, who played one of the main roles. 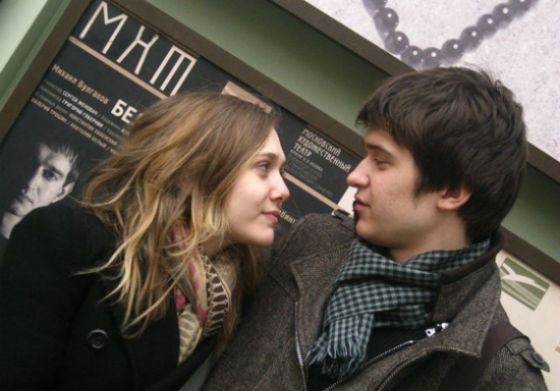 Elizabeth Olsen studied at MATS and dated a classmate
This was immediately followed by three films in which Elizabeth Olsen participated: the horror film «Silent House», the comedy «Peace, Love & Misunderstanding», and the drama «Liberal Arts». A little later, the film «Red Lights» appeared onscreen, complementing the experience of the younger Olsen with the work of Robert de Niro and Sigourney Weaver.
Elizabeth Olsen and Chris Evans dancing
According to Zoomboola.com, in 2013, she took part in the thriller «Oldboy» (American version), the biopic «Kill Your Darlings» with the famous Daniel Radcliffe, as well as the comedy «Very Good Girls» with her best friend, Dakota Fanning. 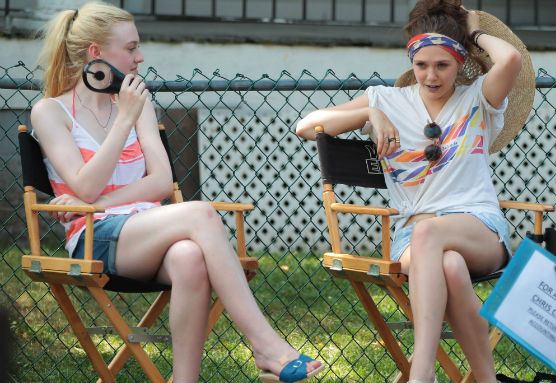 Elizabeth Olsen and Dakota Fanning
In 2014, Lizzie was lucky to star in the remake of «Godzilla», and also appear in the cast of the superhero blockbuster «The Avengers: Age of Ultron». The girl played the witch from Sokovia, Wanda Maximoff, the sister of the hero Aaron Johnson. 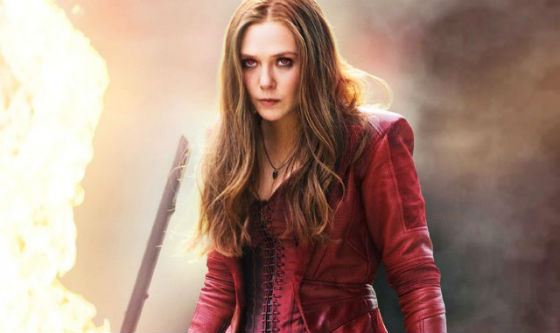 Witch Wanda from «The Avengers» – actress Elizabeth Olsen
In 2016, the second superhero movie came onscreen with the participation of Elizabeth Olsen – «Captain America: Civil War». This time, her heroine appeared as part of the Avengers team, beautifully played with Robert Downey Jr., Chris Evans, Paul Bettany, Scarlett Johansson and other famous actors in the film.
Elizabeth Olsen at the premiere of «Captain America: Civil War»
She also met with another «avenger», Jeremy Renner, on the set of the thriller «Wind River», which premiered in 2017. Then the spotlight followed her in two more projects with her participation: the drama «Kodachrome» and the comedy «Ingrid Goes West».

In May 2018, the third part of the «Avengers» was released onscreen, in which the team of superheroes had to face an incredibly powerful enemy – the titan Thanos, who decided to collect all the stones of infinity. The heroine Elizabeth Olsen presented a wonderful tandem with Paul Bettany and will undoubtedly appear in the fourth part, which premiered in 2019.

At the dawn of her film career, the talented actress built a relationship with the actor and artist Boyd Holbrook. They met while filming the movie «Very Good Girls». In the fall of 2012, everyone was talking about their turbulent romance. In the spring of 2014, information appeared about the engagement that had taken place. The actor was older than Elizabeth by seven years and really wanted everything to happen according to his rules. Probably because of his behavior in the winter of 2015, the young couple broke off the engagement. 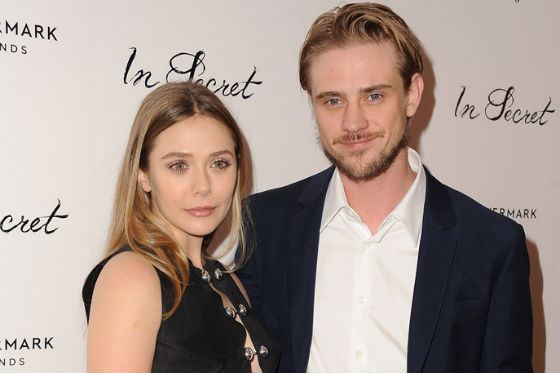 Elizabeth Olsen and Boyd Holbrook
Since 2017, the girl has been in a relationship with musician Robbie Arnett. After 3 years of relationship, the lovers got engaged. Also, Elizabeth repeatedly mentioned the fact that she would like to have a baby. Between her and her sisters, there is a common feature – an incredible passion for fashionable clothes. But, despite this, the tastes of the girls are very different. If before Lizzie completely imitated her sisters, preferring sports hoodies and long hair, now more often the girl can be seen with short hairstyles and fashioned in a more feminine way. 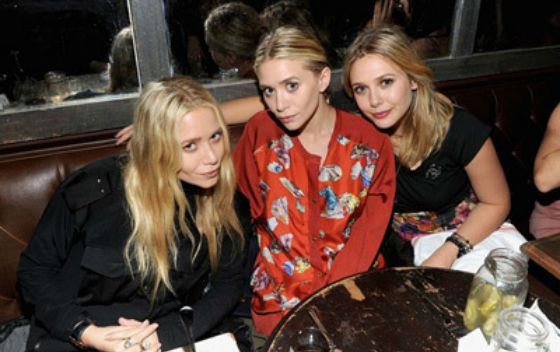 The Olsen sisters have grown up
The girl has never sat on real diets and does not follow this way of life. According to the actress, she gets a lot of pleasure from food, so she cannot give up her favorite delicacies. Despite this, the girl has a great figure, which she has achieved with the help of physical exercise. 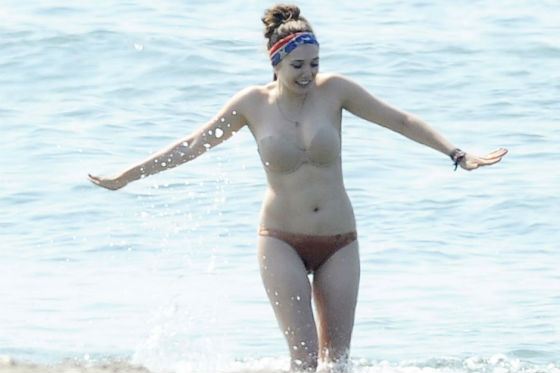 Elizabeth Olsen in a bathing suit
Elizabeth never had idols. She always considered the people who imitate and love someone madly as strange. But over time, there was a small exception to this rule – Michelle Pfeiffer. She was the one who helped the girl return to acting.

Elizabeth Olsen continues to act in films. So, in 2021, the premiere of the film "Doctor Strange in the Multiverse of Madness" will take place, in which the girl will again play the Scarlet Witch. Also in July 2020, the shooting of the series "WandaVision" should resume. 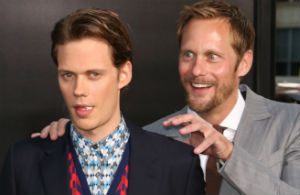 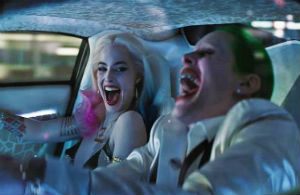 «Behind every great man there's a great woman»,- says an English proverb. In this case, it is difficult to imagine how incredible superhero`s girl or...

Michael Jackson where did he die
5.7