Attentive viewers were confused by coffee cup from Starbucks. It spotted in front of Daenerys while banquet in honor of the victory in the battle for Winterfall. 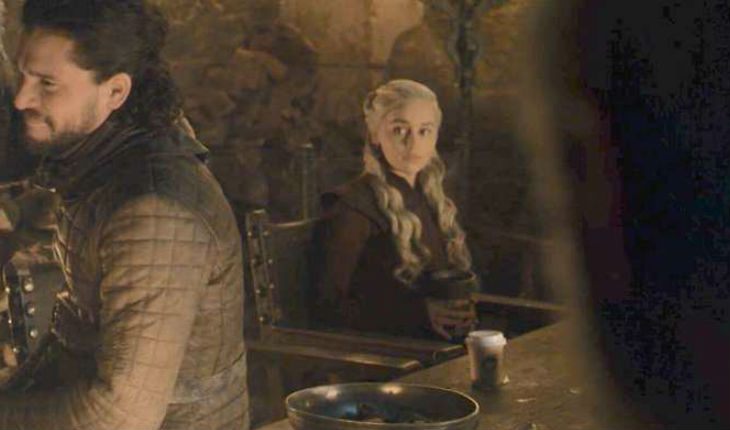 The Starbucks cup in Game of Thrones
After that social media were filled up with jokes about unmeant product placement.

Someone tied Emilia Clarke sad face in this scene with a mistake in her name on the cup. As some from Twitter joked, it is because Starbucks barista couldn't spell all of her titles right. It full version spells as "Daenerys Stormborn of House Targaryen, First of Her Name, the Unburnt, Queen of the Andals and the First Men, Khaleesi of the Great Grass Sea, Breaker of Chains, and Mother of Dragons". 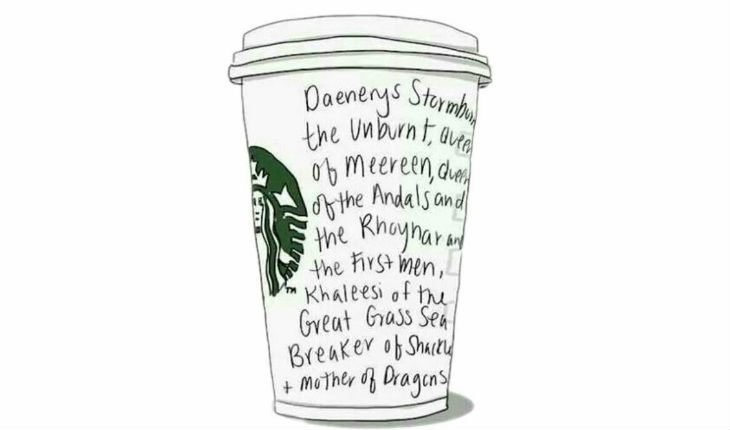 Of course, the hype around the new episode couldn’t slip away from GoT creators. An executive producer of the show, Bernie Caulfield, has apologized for the mistake but noticed that "If that’s the worst thing they’re finding, then we’re in good shape".

An HBO spokesperson admitted that coffee cup with latte in front of Emilia Clarke was a mistake because “Daenerys had ordered an herbal tea”.

We remind that the final Game of Thrones season is shorter than the previous 7 seasons. It will consist of 6 episodes. Also, the shortcut number of episodes compensated with an extended time of episodes from 3 to 6. A lot of GoT fans confess that they were disappointed with two first episodes. But Zoomboola.com thinks that 3th and 4th episodes are recouping the slow buildup in the beginning. According to Emilia Clarke’s interview, the next, 5th episode will hit all the fans. We are waiting the final fight between Jon Snow (Kit Harington) and Daenerys and Cersei (Lena Headey), the last obstacle on the way to the Iron throne of Seven kingdoms