Main page
Celebrity News
Shailene Woodley and Ansel Elgort Reunited
Discuss
The actors from the movie «The Fault in Our Stars» reunited at the next ceremony of Golden Globe Awards to the delight of their fans.

The cinema, which brought popularity to Shailene Woodley and Ansel Elgort, was released in 2014. This was an adaptation of John Green’s work, a story about the fleeting love affair of young cancer patients. The film received a positive assessment, but most importantly, many viewers were attracted by two young actors who later worked together on the set of fantastic movies «Insurgent» and «Allegiant». After this joint work the road of the actor and the actress divided as Elgort was busy on the set of «Baby Driver» and other projects, and Woodley starred in the TV series «Big Little Lies». 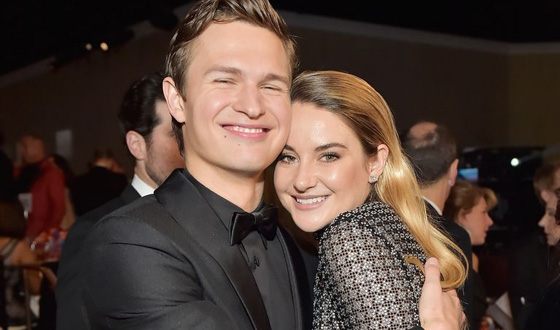 Shailene Woodley and Ansel Elgort delighted fans by sharing photos
The fans of this couple were hard to control their emotions when young people found time to be photographed together at the presentation of the Globe Awards. Shaylene was giving an interview in that moment, but she especially interrupted it to warmly welcome her partner on «Stars».

Both young actors things are looking up. As mentioned above, Woodley starred in the popular HBO project. As for Algort, in 2017 three films with his participation were released, the most famous of which is «Baby Driver». Will actors play together again or not, stays unclear.