What do the prototypes of crime movie heroes look like?
Discuss
Films about bandits and dangerous criminals have always been loved - perhaps because the main characters of such films, as a rule, are very charismatic. Often these images have a real basis.

In the photo selection from the editors of Zoomboola.com - 15 heroes of films about bandits, which have a prototype in reality. These actors have shown real skill in trying to recreate the images of dangerous gangsters and crime bosses, and they did it very well. What is Pablo Escobar played by Javier Bardem or the main character of “Black Mass”, James Bulger, brilliantly played by Johnny Depp! 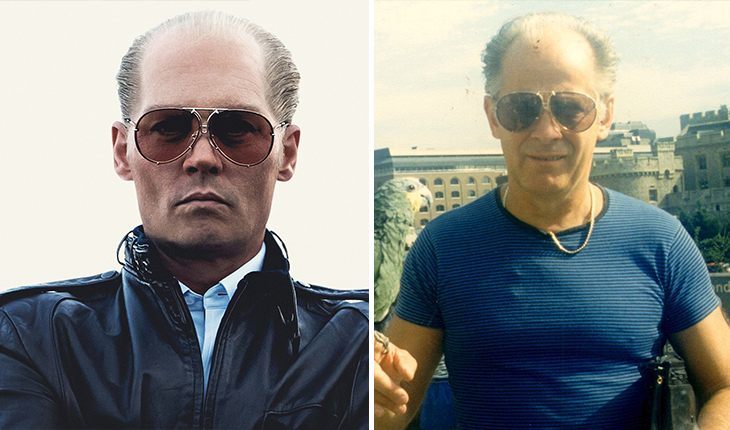 Johnny Depp and James Bulger
By the way, Depp played gangsters more than once: decades before the film about a Boston gangster, he played drug dealer George Jung in the film Cocaine, and sometime later he played the role of the criminal Dillinger in the film Johnny D. You can see the true faces of the criminals played by Jack Nicholson, Robert De Niro, Tom Hardy, and other actors during their careers in our photo selection.

Jenna Ortega in her youth
4.6