Genesis Rodriguez is an American actress with Venezuelan and Cuban roots, known for the films and TV series "Prisionera", "Casa de mi Padre", "Man on a Ledge". In 2022 Genesis joined the cast of the Netflix series "Umbrella Academy". 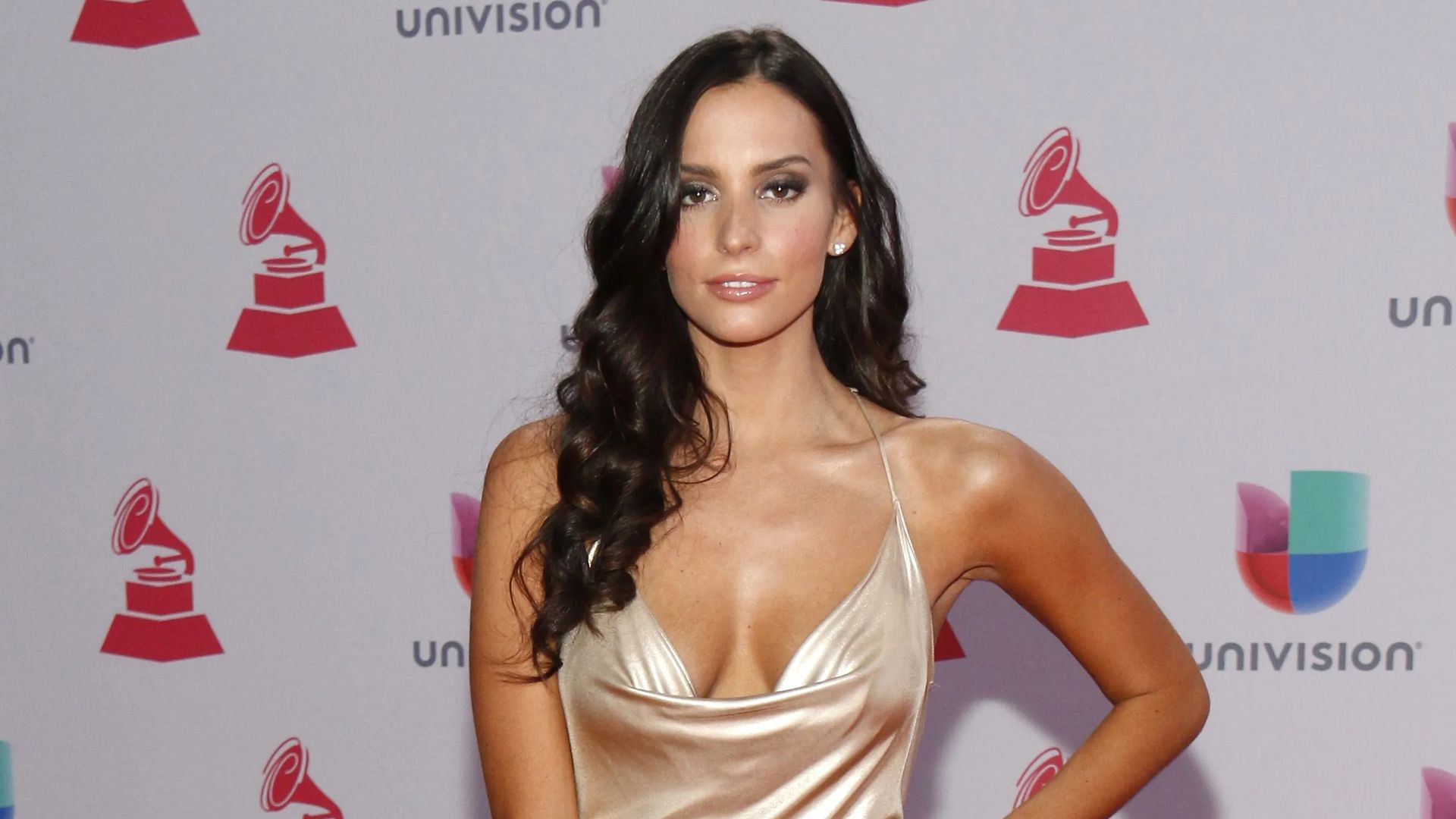 Genesis Rodriguez Perez (full name of the actress) was born in the summer of 1987 in the family of Jose Luis Rodriguez and Carolina Perez, who lived in Miami. 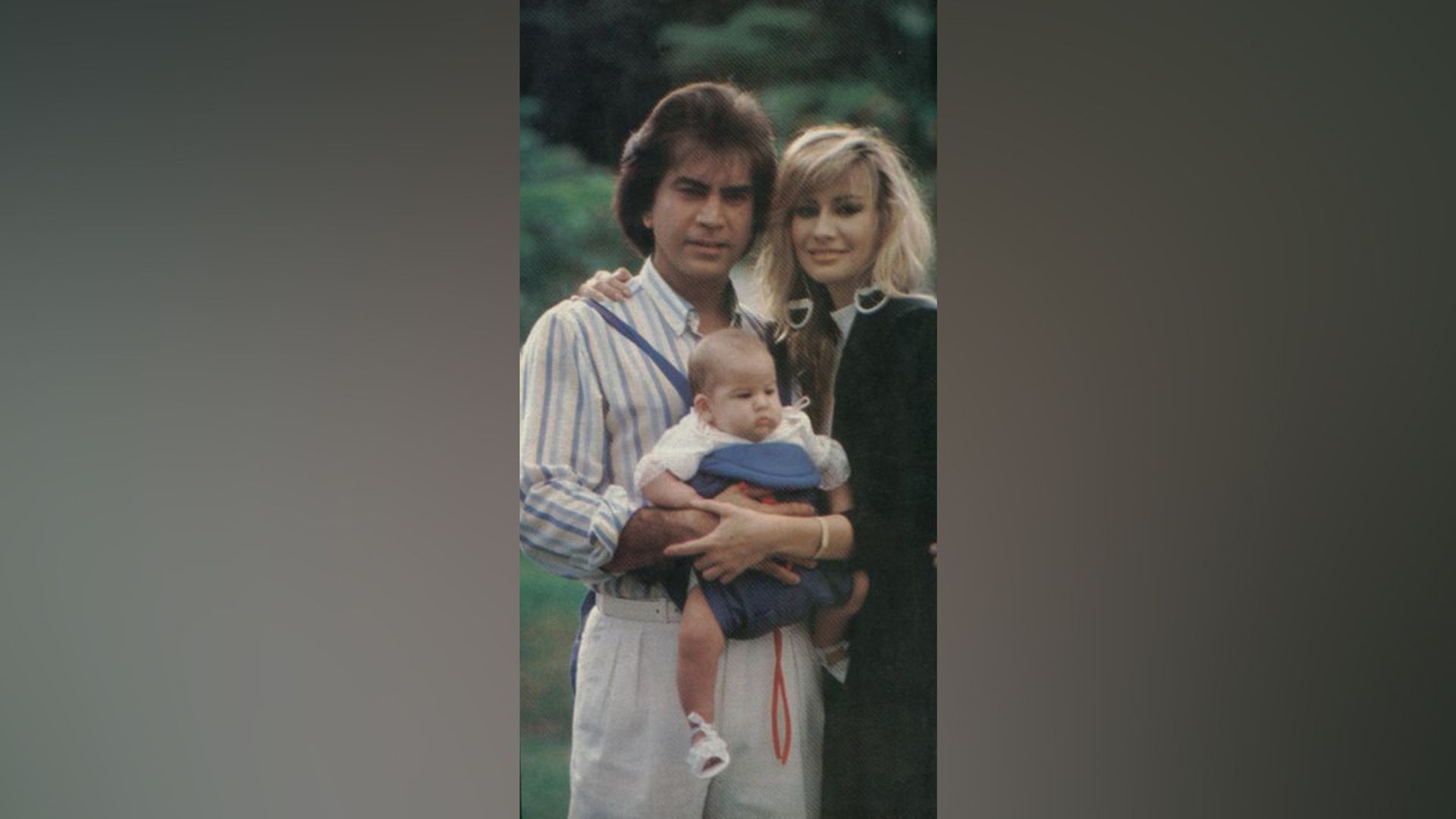 Genesis Rodriguez with her parents
Her father, better known as the Venezuelan actor and singer El Puma, married her Cuban mother, a fashion model, only ten years after the birth of her daughter. In his first marriage to actress Lila Moriyo, he also had two daughters, Liliana and Lilibet, who followed in their parents' footsteps and became actresses.

In her childhood, she was fascinated with Disney.

Yeah, my first birthday was celebrated there [in Disneyland], so I have a tradition of going at least three times a year. I'm still a kid at the park. I cut little kids in line when I'm going on a ride, and I've been on it, I guess, I would say more than 100 times. It makes me so happy.

Even as a child, fascinated by the world of television and cinema, Genesis decided to become an artist. And after the first-grader participated in the children's show "El Club de Los Tigritos", which was on Venezuelan television, she finally decided to connect her life with cinematography. 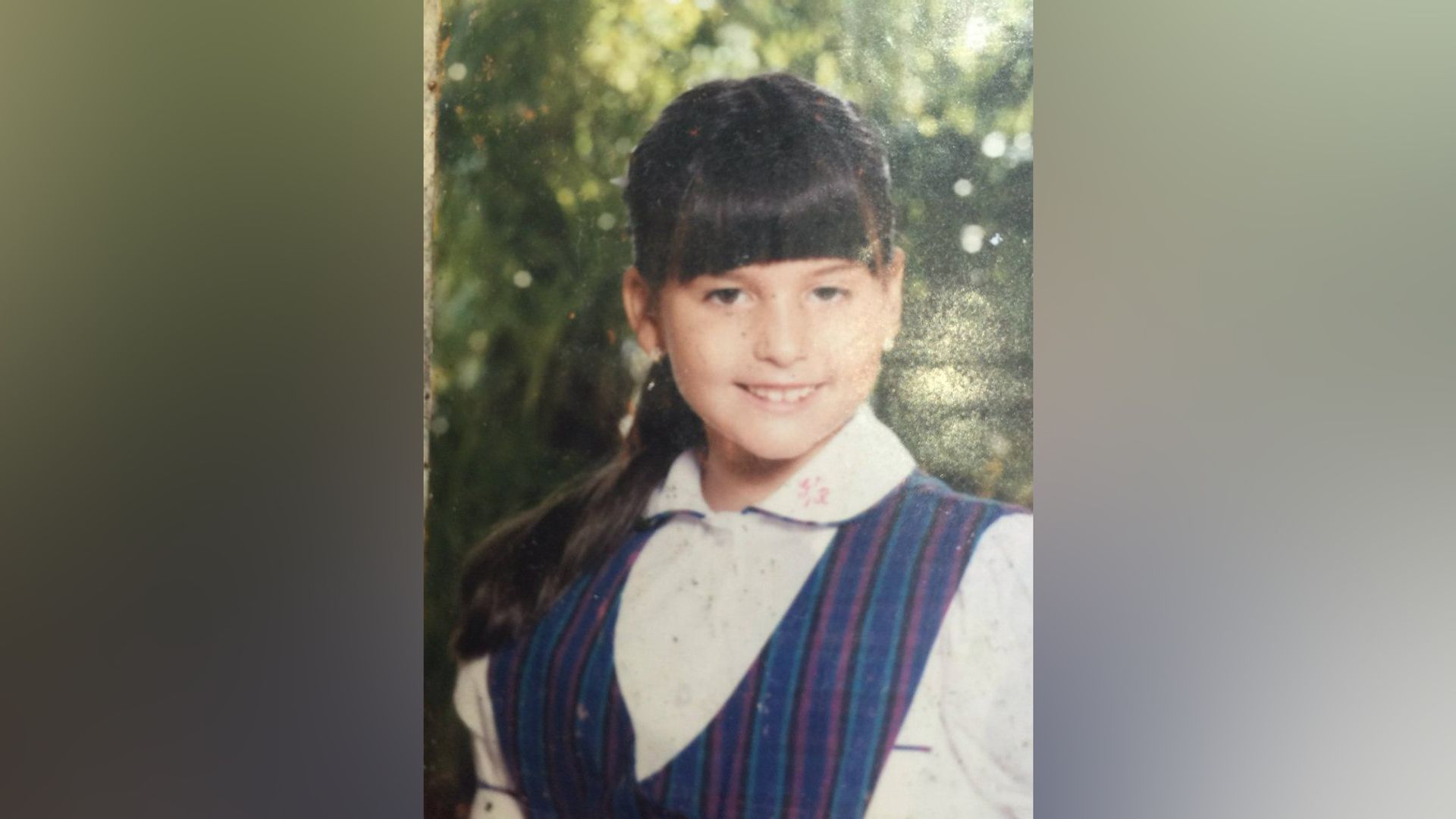 Genesis Rodriguez as a kid
After graduating from the private school Carrollton of the Sacred Heart, the girl went to New York, where she began studying acting at the famous Lee Strasberg Institute of Theater and Cinema. Later, Genesis took root in Los Angeles and attended courses to improve her acting skills.

After her first childhood experience ,10 years later the girl appeared on screen a second time. In 2004, Rodriguez made her debut in the "soap" series "Prisionera" as Libertad-Salvaterra Santos. 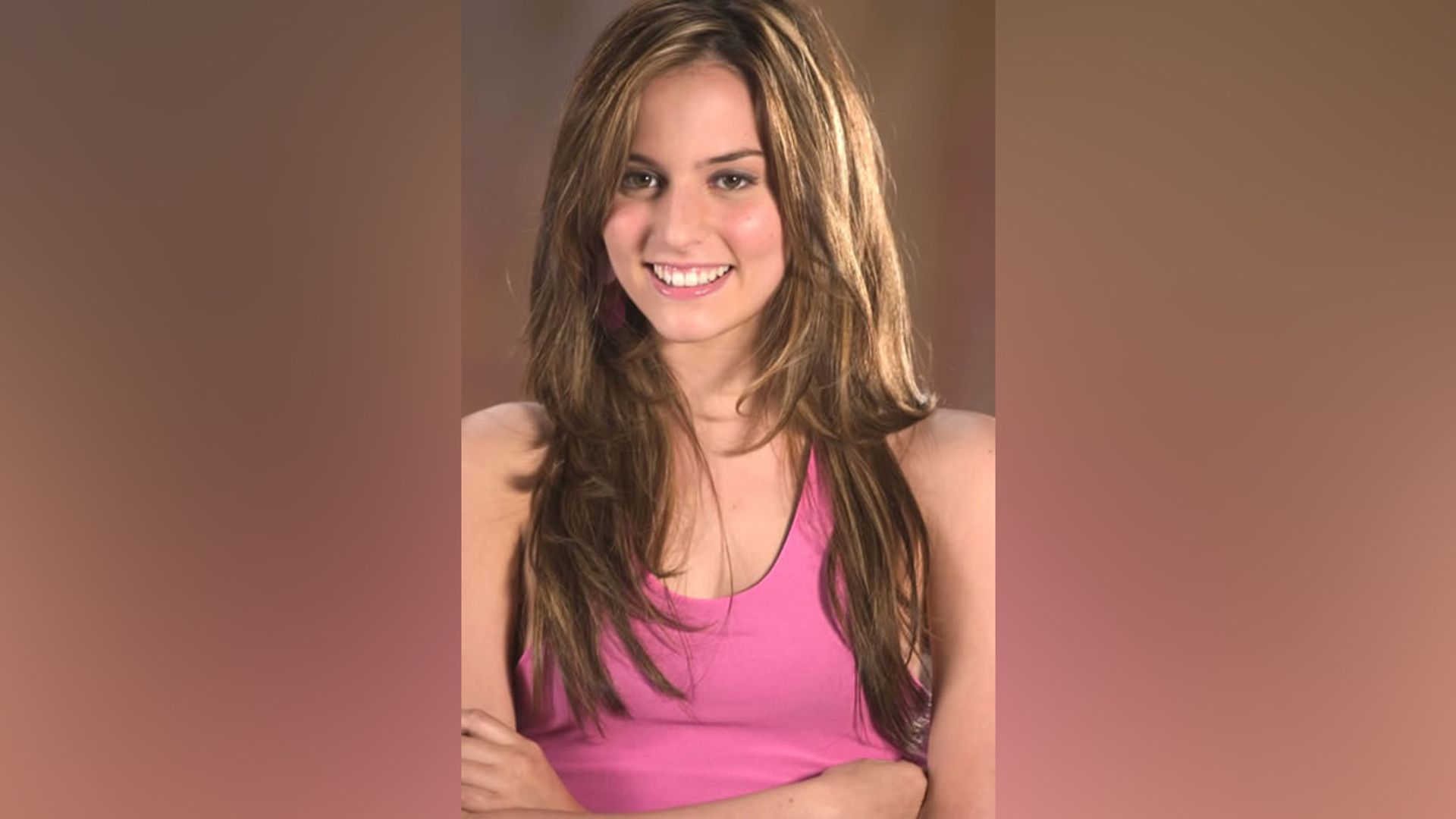 Genesis Rodriguez in Prisionera
During the filming, a scandal broke out. Genesis' partner was heartthrob Mauricio Islas, 14 years senior. He was about thirty, and she was not even 17. The young girl could not resist the Mauricio’s charm.

When their affair was revealed, Genesis’s father reported to the police. The actor managed to prove that the feelings were mutual and he was not a rapist, however he was suspended from further work in the series.
Génesis Rodríguez On How To Survive A Telenovela | CONAN
Despite such a "hot" debut, or maybe thanks to it, Rodriguez began to receive new offers for filming. But, as the girl admitted, her priority was studying, not a career. She studied directing and acting, and El Puma found a house in Los Angeles to be closer to his daughter and not allow such a turn of events again. 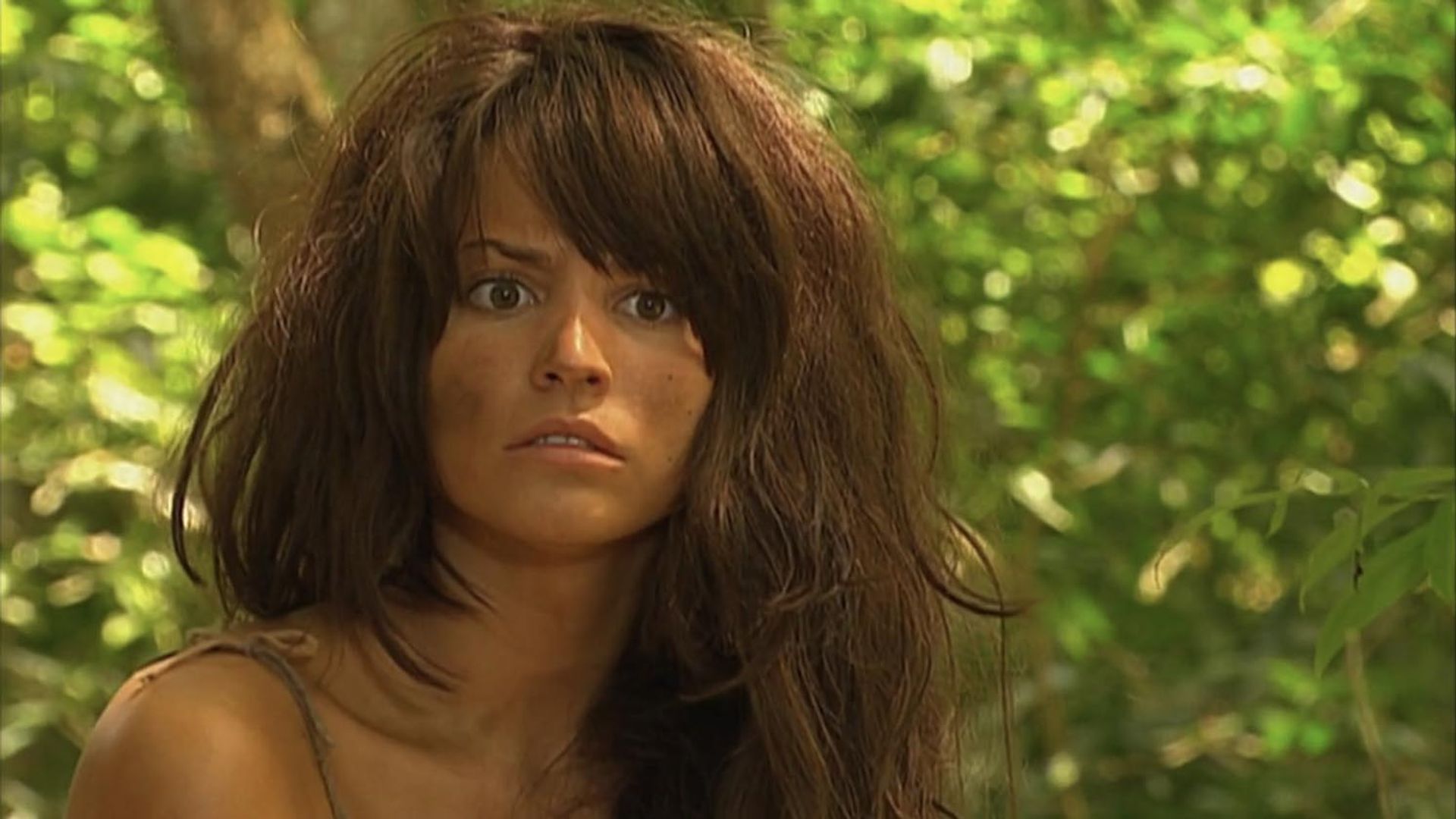 The actress in Dona Barbara
In 2010, the comedy drama "Entourage" was released, where Rodriguez played Sarah.

2012 was the year of her career milestone. Four films with her participation were released at once. With Will Ferrell, Efren Ramirez and Diego Luna, she featured in the comedy "Casa de mi Padre", playing the fatal beauty Sonya, with whom two brothers fall in love. For this role, Rodriguez was nominated as the best supporting actress at the Imagen Awards, but she was bypassed by another gorgeous beauty – Cierra Ramirez with the film "Girl in Progress". 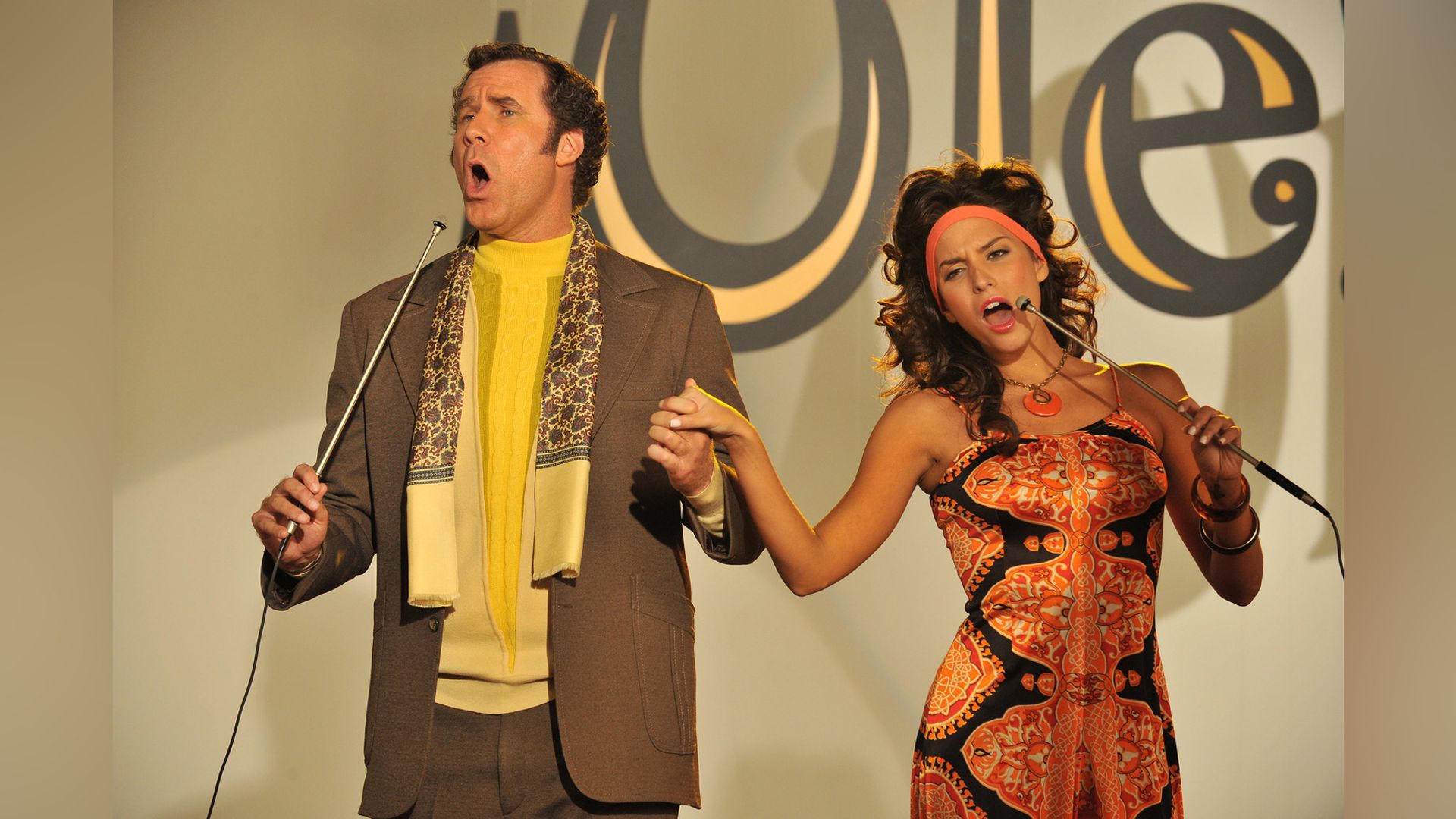 A snapshot from Casa de mi Padre
Genesis was also nominated for the ALMA Awards, after playing the role of Angie in the thriller “Man on a Ledge”. In this film, which was about the robbery of the century, the actress worked together with Ed Harris, Sam Worthington, and Anthony Mackie.
Génesis Rodríguez | Craig Ferguson
In the same year, Genesis played the main role in the social drama "Hours". In the comedy "What to Expect When You're Expecting" she starred alongside Cameron Diaz and Jennifer Lopez. 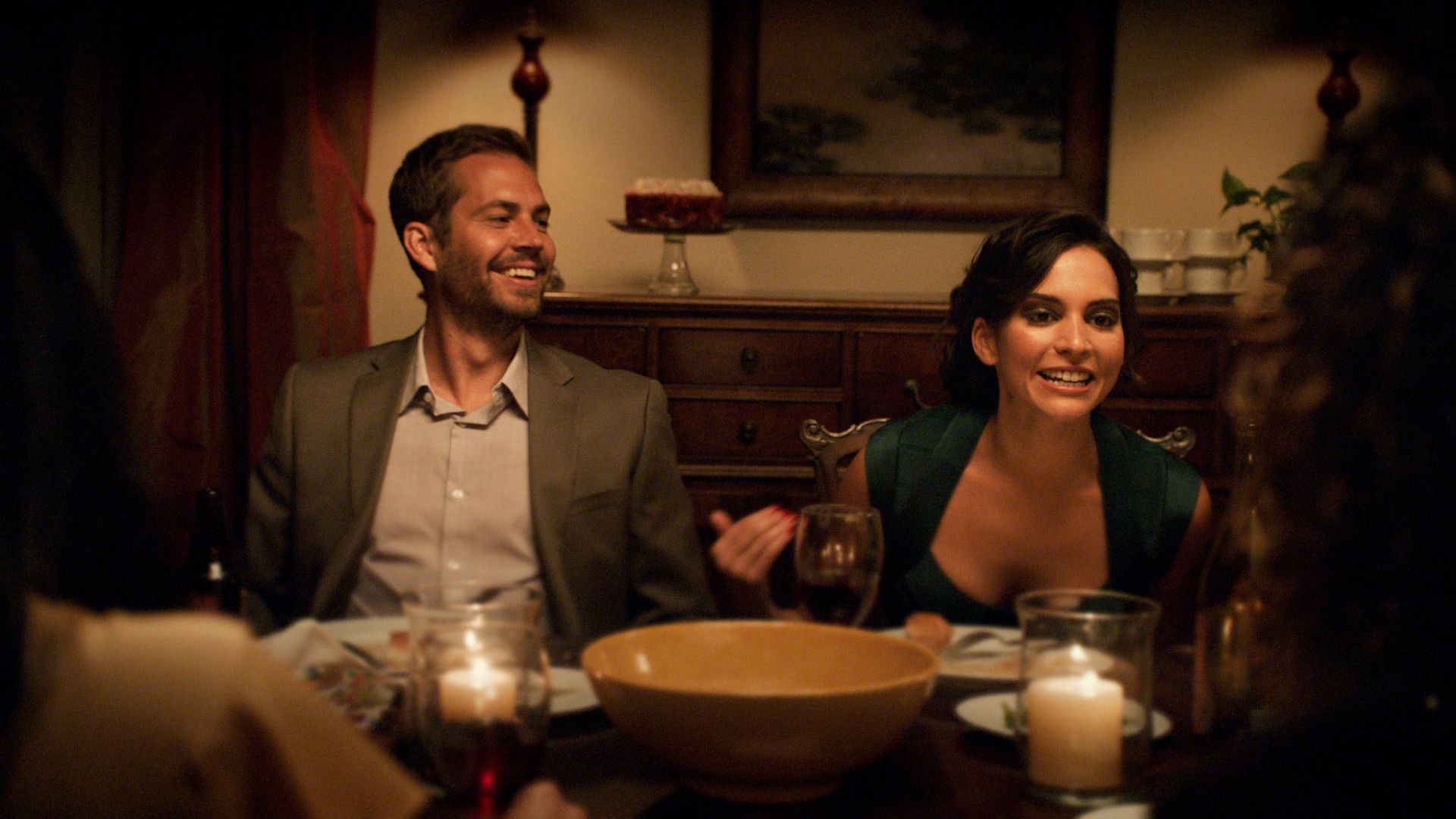 Genesis in Hours
The actress worked with top tier Hollywood stars Arnold Schwarzenegger and Forest Whitaker, in the action movie "The Last Stand" (Ellen Richards). She filmed together with Jason Bateman and Melissa McCarthy in the crime comedy “Identity Thief. Seth Gordon's picture was a great success with the audience.
Genesis Rodriguez as Marisol | Identity Thief
Rodriguez played the main female role in the phantasmagoric horror film "Tusk". In the crime drama "Run All Night" along with Liam Neeson, she starred in a story about a former hitman who came into conflict with his boss, and went on the run to save his family. 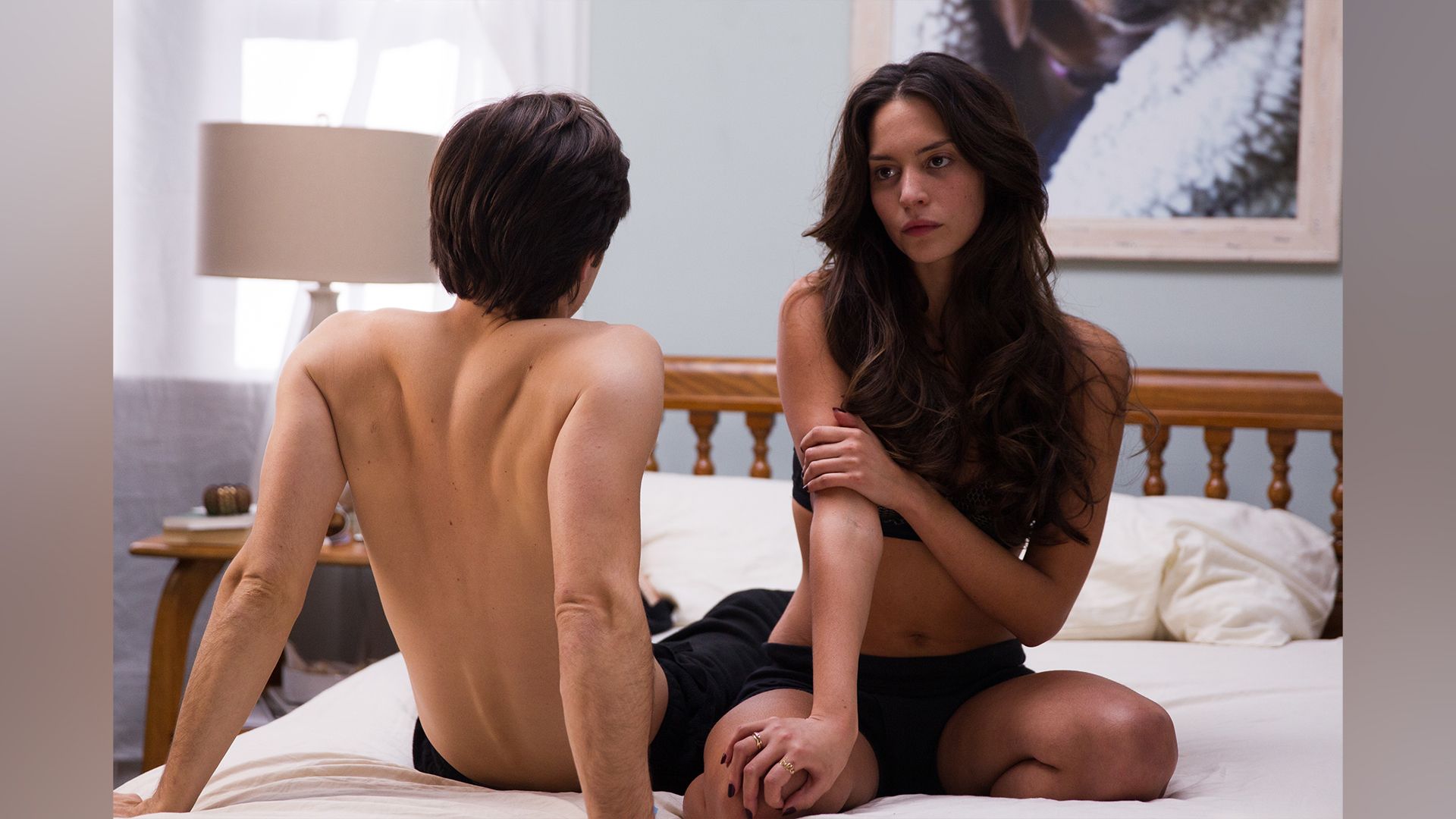 Genesis Rodriguez in Tusk
In 2020, Genesis got the main role of Naomi in the disaster film "Centigrade". 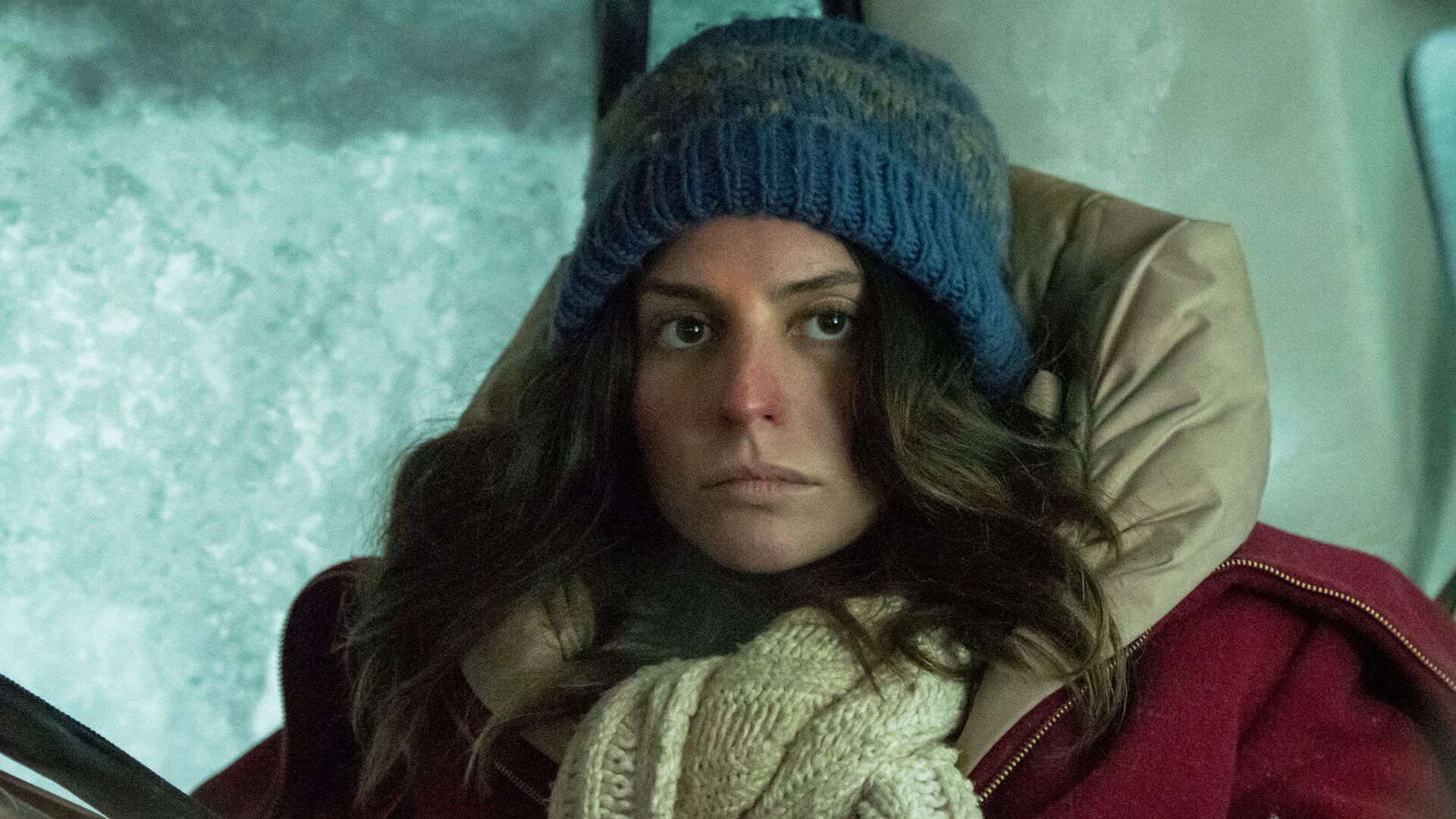 After the scandal with actor Mauricio Islas, who was 14 years older, a few years later Genesis began dating an even older man – Peruvian actor Christian Meier. 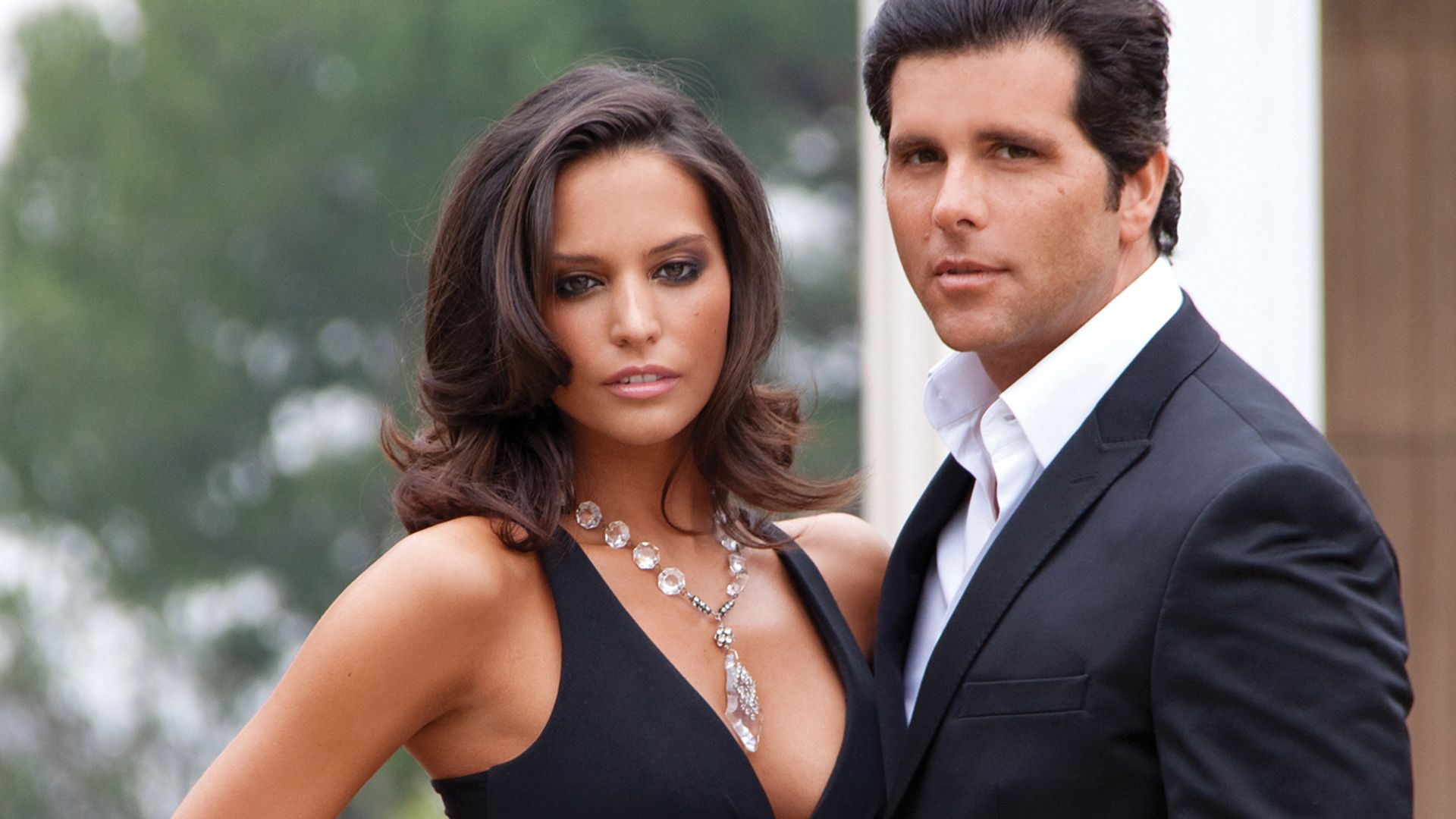 Genesis Rodriguez and Christian Meier
The parents disapproved of their daughter's relationship, and the media savored the details of this unequal romance. In the end, the couple broke up, but Genesis kept saying for a long time, that the former lover left only warm memories in her soul.

So far, the actress is not married. Apparently, no boyfriend has yet won the approval of her father.

In the summer of 2022, the third season of the "Umbrella Academy" series from Netflix began. Genesis Rodriguez got the role of Sloane Hargreaves, a.k.a. number 5. Her character is an amorous and sentimental person who hears voices from outer space. She can levitate objects, affecting gravity. 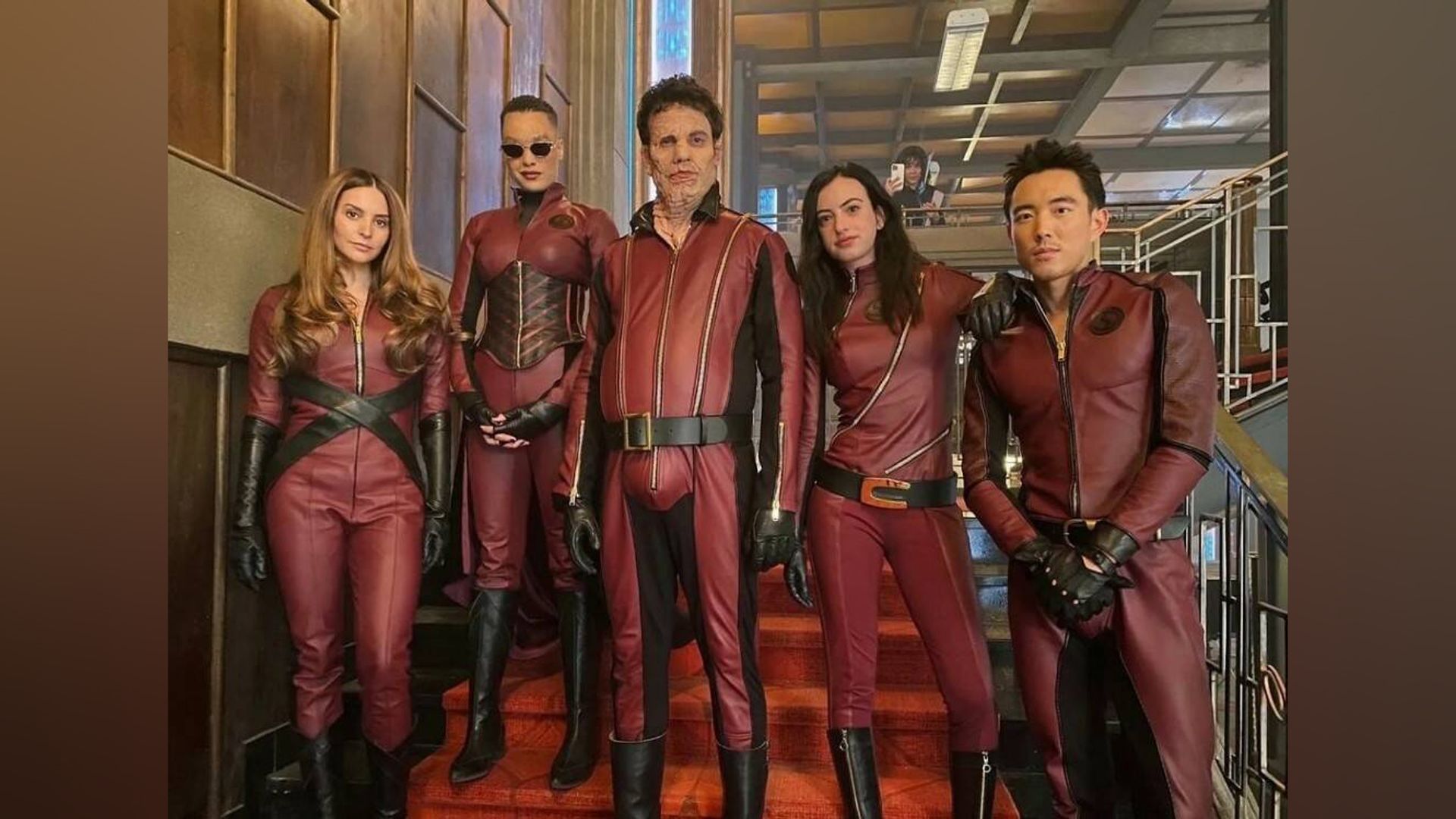