Main page
World News: Wars, Politics, Economy
A lion and an eagle were confiscated from the Sochi citizen who dyed his Chow dog as a panda
Discuss
2
The Prosecutor's office of Sochi visited the photographer who caused complaints from locals, on July 6. The photographer offered to take pictures with animals to all comers on the streets.

The dog which was led on a leash attracted the attention of residents and tourists. As it turned out, it was a Chow which was dyed in a panda. But passers-by were unable to accurately determine whether it was a dog or a rare Chinese bamboo bear, so they turned to the law enforcement officials.

The Prosecutor's office identified the animal as a Chow dog which is known as one of the most dangerous dogs in the world. They have also found out that this pet is not the only one pet of the enterprising photographer. 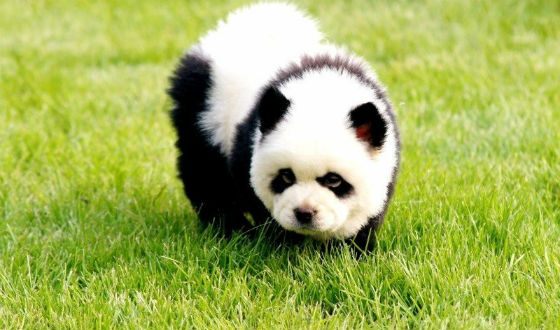 In Sochi the photographer dyed his Chow dog as a panda
Except the puppy, the man has also had a monkey, Steppe Eagle, and the African lion. He exploited all of these animals as models for taking photos with tourists.

The authorities were not able to receive the required documents for the animals so they were eventually confiscated from the man. Nevertheless the photographer could produce the documents for the dog. Despite everything that happened, it was found out by vet inspection that all the animals are healthy and had been kept in appropriate condition.

Chadwick Boseman where did he study
5.8

Katheryn Winnick who is her father
5.8