Shah Rukh Khan is an Indian actor, film director, and TV presenter. The already elderly actor is often called the King of Bollywood and deservedly, as Khan has appeared in more than 100 Indian films, has received many awards and his solid age doesn’t prevent him from conquering women's hearts around the world. Even if you are not a big fan of Indian cinema you could have still seen Shah Rukh in the Karan Arjun, the Dilwale Dulhania Le Jayenge, the Kuch Kuch Hota Hai, the Kabhi Khushi Kabhie Gham… films, as well as in the My name is Khan drama, which became an event in the world cinema. 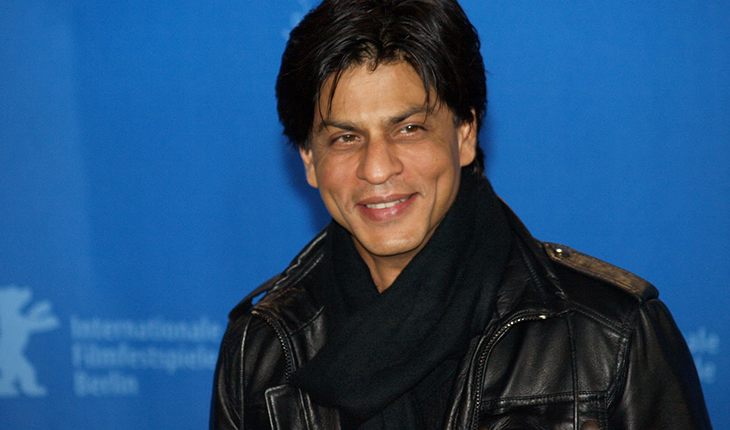 In the photo: Shah Rukh Khan

Shah Rukh Khan was born on November 2, 1965, into a Muslim family settled in the Indian capital of New Delhi. Shah Rukh’s father, Meer Taj Mohammed Khan, was an activist of the Indian national liberation movement. He moved to New Delhi in 1948, after the partition of India, where he met Shah Rukh’s mother.

Lateef Fatima was the daughter of a senior state engineer. After their marriage in 1959 and the birth of their son, the parents of the future actor moved to the coastal city of Mangalore for five years, where Khan's grandfather served as chief engineer of the port. 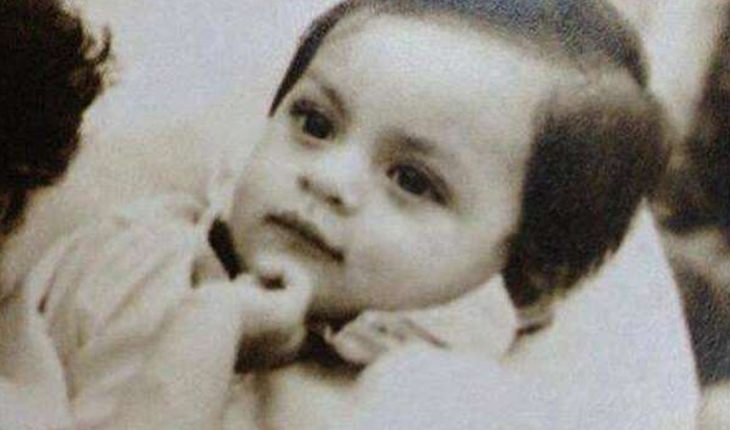 Infant Shah Rukh Khan
When the family returned to Delhi, his father went into business and his mother got a job as a public judge. Though the family-owned a restaurant, they didn’t have much money, the parents and their son lived in a small rented apartment. 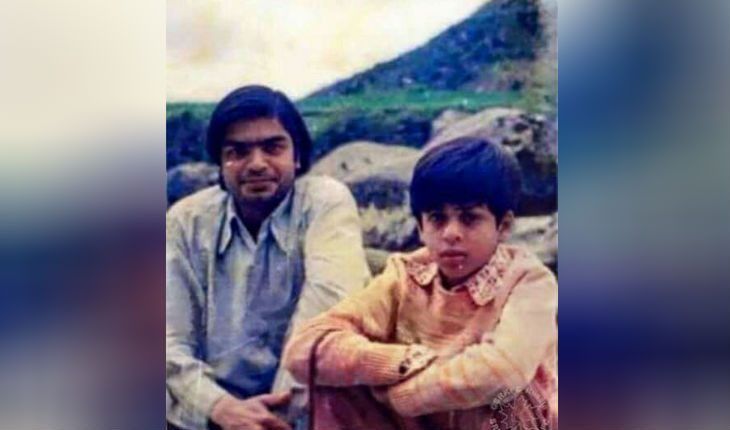 Young Shah Rukh with his father
Shah Rukh was one of the most popular students at school: he excelled in his studies, played hockey and football, and managed to get the highest Sword of Honour school award. The classmates called the teenager the mail train (Mail gadda), since he was a champion in the 200 and 400 m race. Khan wanted to become a professional athlete, but the idea had to be abandoned due to a shoulder injury. 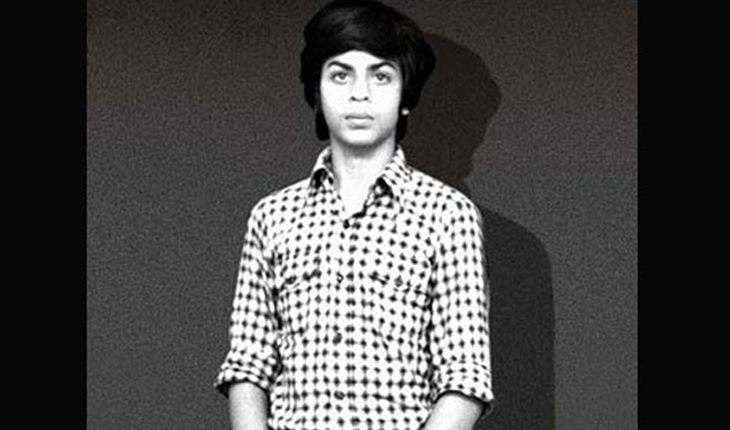 Shah Rukh Khan in school years
Instead of sports, the teenager switched to the school theater. Khan gladly tried on bright outfits, danced and sang on stage, imitating Bollywood stars, and did it quite well.

Though Shah Rukh went to study economics after school at the insistence of his parents, the young man spent all his free time in the Delhi drama studio. Receiving a bachelor's degree in economics, Khan entered the department of mass communications but dropped out to develop an acting career. 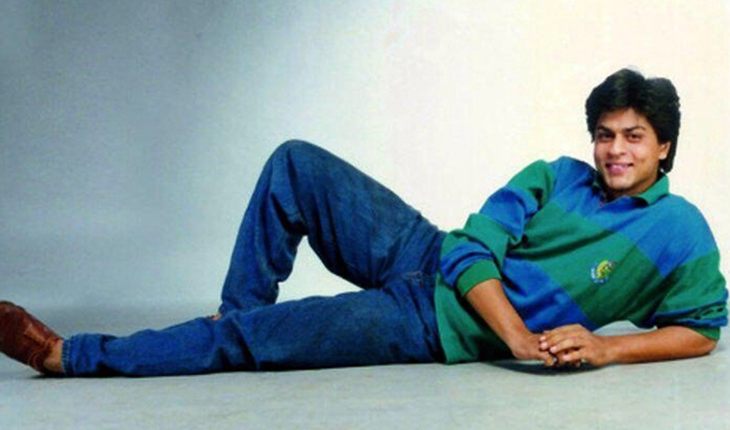 Young Shah Rukh Khan
The first years of Khan’s work in Bollywood were overshadowed by family drama: in 1981 his father died of cancer and his mother soon died of diabetes. After the death of his parents Khan’s elder sister, Shehnaz Lalarukh (born in 1960) fell into severe depression, but her brother surrounded her with care and love and the girl recovered. Shehnaz lives with her brother and his family in his mansion in Mumbai till now.

Shah Rukh Khan first appeared on the screen in television series, among which were the Fauji 13-episode drama. Khan’s breakthrough was his role in the Deewana (1992). After the release of this musical comedy, the young talented actor was talked about not only in Bollywood but throughout the world. 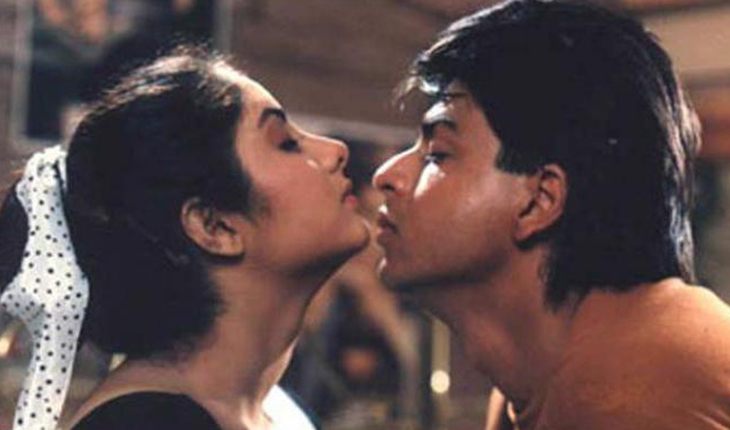 A shot from the Deewana
Khan first achieved tremendous success in the image of an antihero in the Baazigar (1993) and Darr (1993) pictures. The actor has managed to create his own version of a villain in these pictures, which has pleased the viewer. 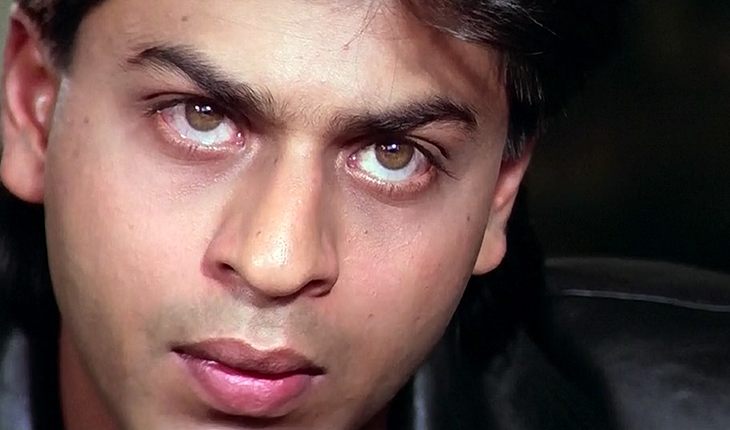 Shah Rukh Khan in the Baazigar
Pretty soon Shah Rukh had a chance to try on the image of noble heroes. The dramas with his participation the Dilwale Dulhania Le Jayenge (1995), Karan Arjun (1995), and Dil To Pagal Ha (1997) were highly rated by critics and viewers. 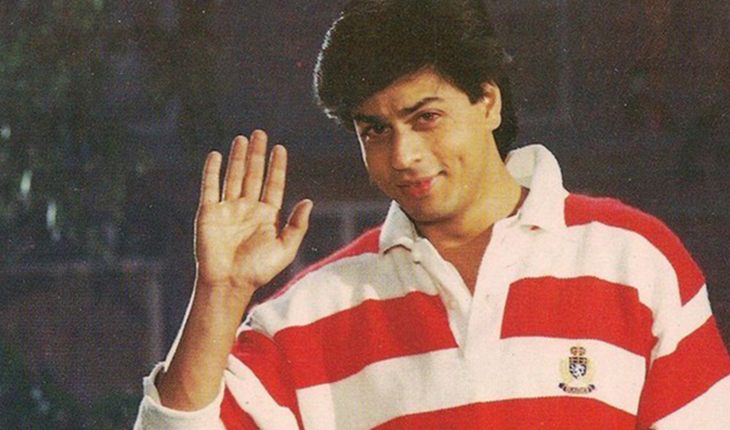 Shah Rukh Khan in the Dilwale Dulhania Le Jayenge
Shah Rukh also succeeded in comedies - his roles in the Yes Boss (1997), the Duplicate (1998), and the Chennai Express (2013) were commercially successful and won the hearts of viewers.

Khan should be noted in the role of Emperor Asoka in the Asoka (2001). Shah Rukh’s character is the prototype of a real man, an ancient Indian prince, who made an enormous contribution to the transformation of Buddhism into a world religion.
Asoka - trailer
In 2005 Khan was awarded the Padma Shri, one of the highest civilian awards in India. By 2012 the actor had received 15 Filmfare Awards in various categories, mainly for best actor. 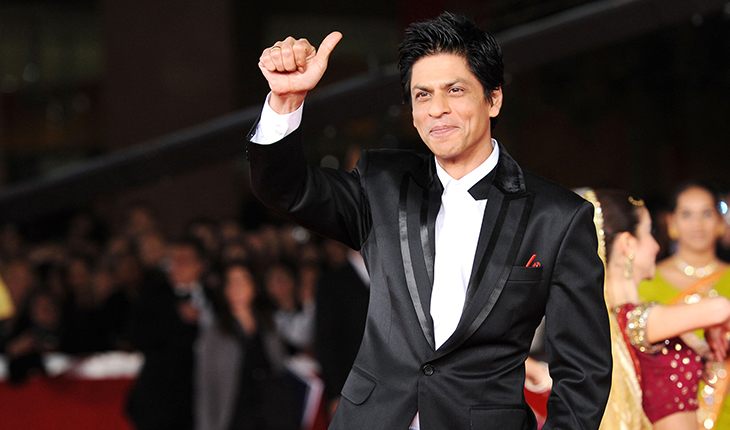 Shah Rukh Khan on the red carpet
Many young Indian actors and actresses were lucky enough to work with such a respected person as Shah Rukh Khan. Model and actress Priyanka Chopra – the Miss World 2000 and wife of musician Nick Jonas, played with Khan in four films, including both parts of the Don (2006, 2011) action-thriller. 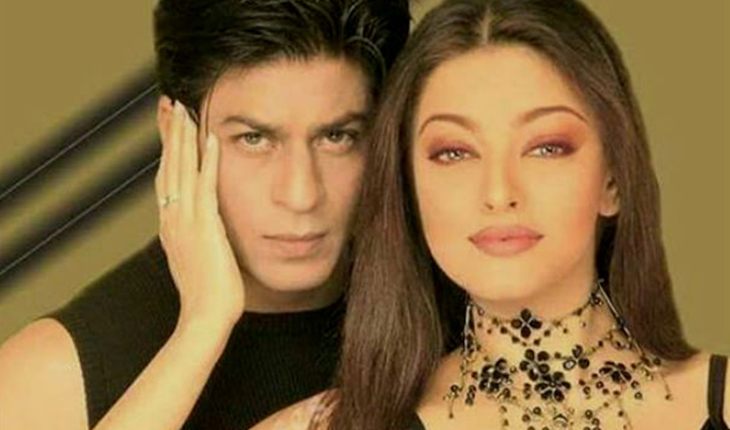 Shah Rukh Khan and Aishwarya Rai
The actor is associated with his namesake Irfan Khan not only with working relations (they both co-starred in the Billu successful comedy) (2009) but also warm friendship. 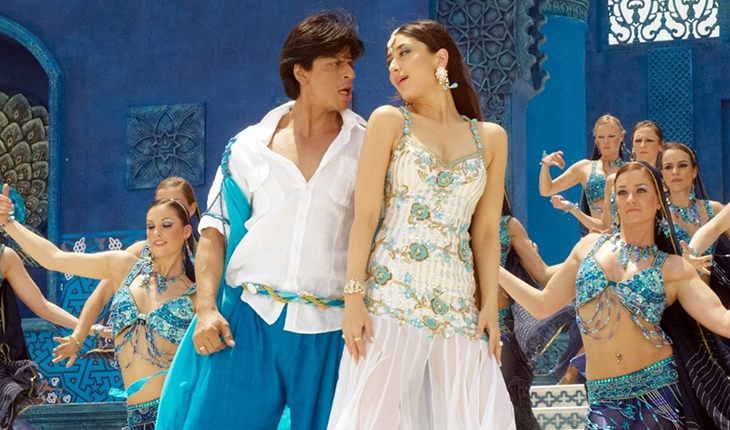 A shot from the Billu
The My name is Khan (2010) Indian-American drama about a man who suffers from Asperger syndrome, who takes a trip across entire America for the sake of his wife (Kajol), has gained particular popularity. Shah Rukh played the lead role.
Trailer to the My Name is Khan
He is a Muslim, she is a Hindu. Their marriage was happy until the black date for the whole world - September 11, 2001. The friendly attitude towards the Khan family was replaced by suspicion and aggression. All that led to discord in the family. The man had to go through a lot of difficulties in order to say a single phrase to the US President: My name is Khan, and I am not a terrorist. 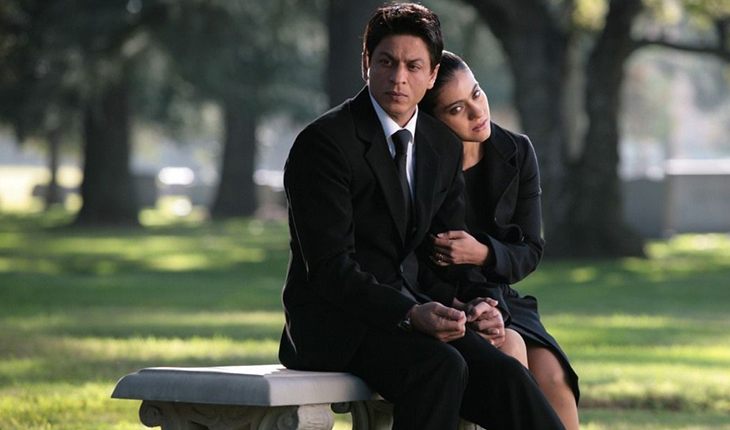 A shot from the My Name is Khan

Shah Rukh Khan and Gauri Chibber met in 1984 at a party of mutual friends. The young man immediately noticed the spectacular girl, didn’t dare to talk to her for a long time and when he finally had the courage, he heard: Sorry, I am waiting for my boyfriend. 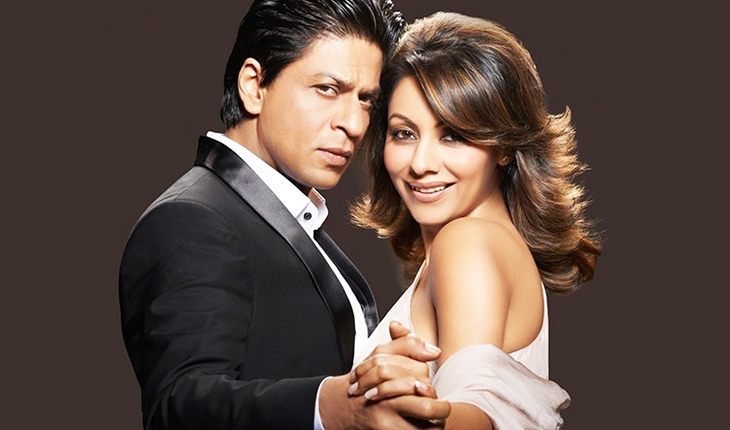 Shah Rukh and his wife
Shah Rukh’s heart and self-esteem were broken. But he soon learned that the guy was actually Gauri's brother. And in the end stylish and funny Shah Rukh won the girl’s heart. They started dating. The period of lapping was long, because of his jealous nature Khan set conditions that freedom-loving Gauri could not accept. For example, he demanded not to go out with her hair loose. The couple parted several times, then converged again, because both understood - they could no longer live without each other.

When Shah Rukh proposed to Gauri and she said yes the young couple’s tests didn’t end. The fact is that the girl’s father belonged to the Brahmin caste (the highest religious class in India). He was against his daughter's marriage to a man, firstly, someone else’s faith, and secondly, he had not yet achieved anything in life. 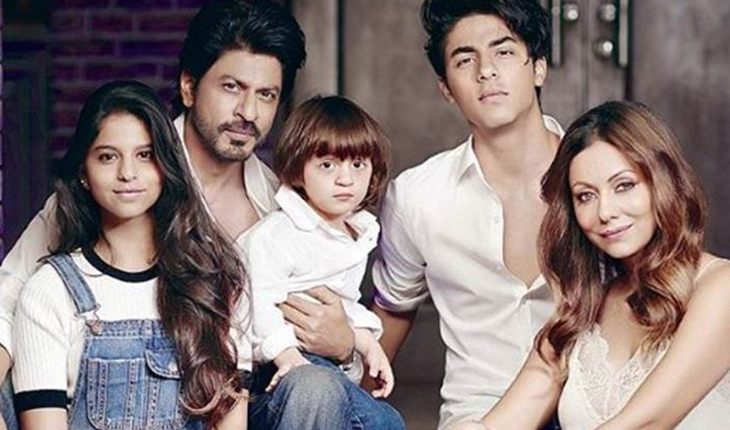 Shah Rukh Khan’s family
Gauri had to hide relations with Khan for 5 years. Finally, in October 1991, the lovers got married.

In 1997, the couple had a son Aryan, and daughter Suhana three years later. In 2013 Shah Rukh and Gauri became parents for the third time - their son Abram was born from a surrogate mother. Khan’s children profess both religions; The Quran is located next to the images of Hindu deities in his house. 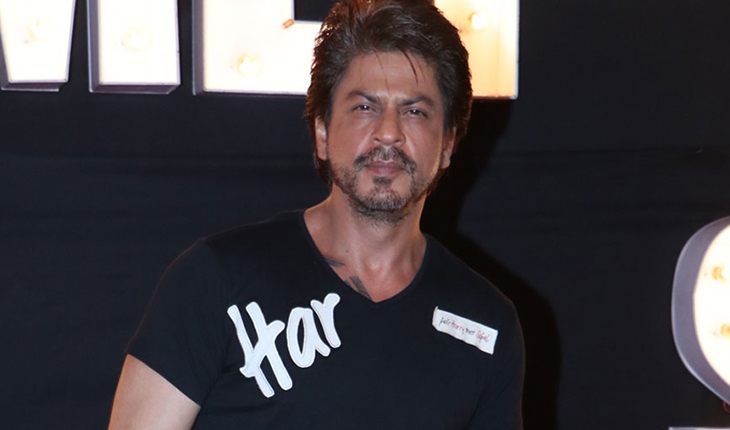 Shah Rukh Khan nowadays
Khan's older children are also involved in the film industry; Aryan is studying at the School of Cinematic Arts in California and is going to become a writer-director. Suhana has already managed to work as an assistant director on the set of one of Khan’s pictures and now the girl is going to study acting skills in the USA.

Shah Rukh Khan is one of the most wanted actors of our time. At the moment he is involved in at least five projects. After the success of the Zero (2018), which has become Khan’s most expensive picture, the actor is preparing to shoot the third part of the Don. In addition, Shah Rukh wrote the plot for Operation Khukri, which tells about the multinational operation of freeing hostages in Sierra Leone in 2000. Presumably, Khan himself will play one of the lead roles in the film. 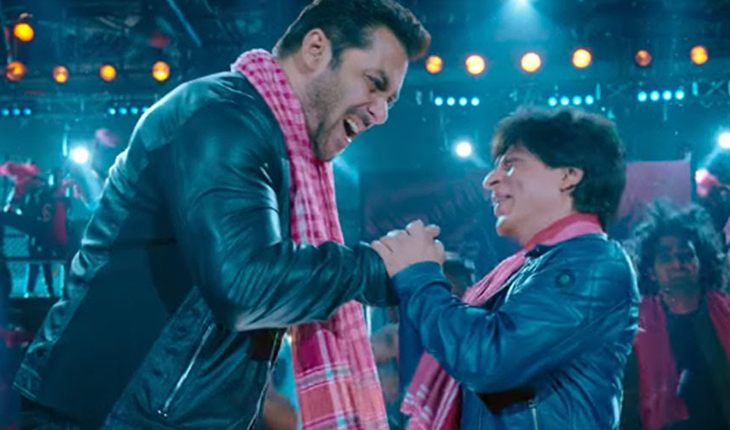 Shah Rukh Khan in the Zero
The actor will appear in the lead role in the Rocketry: The Nambi Effect about the life of Nambi Narayanan, a scientist and aerospace engineer accused of espionage. Another cosmic film of Khan will be the biopic about Rakesh Sharma, the first Indian in space.

In 2019 Khan's son Aryan voiced Simba in the Hollywood animated version of John Favreau’s The Lion King in Hindi. Shah Rukh himself also took part in the project: Mufasa, the father of Simba and the former ruler of the pride lands, spoke in his voice. Fans could not help but note that the father and son’s voices are very similar. Because of the similarity, the superstar was forced to repeatedly duplicate individual scenes, but the inconvenience caused only a smile. For any father, this is a pleasant remark, this is something very special and warming the soul, he added. 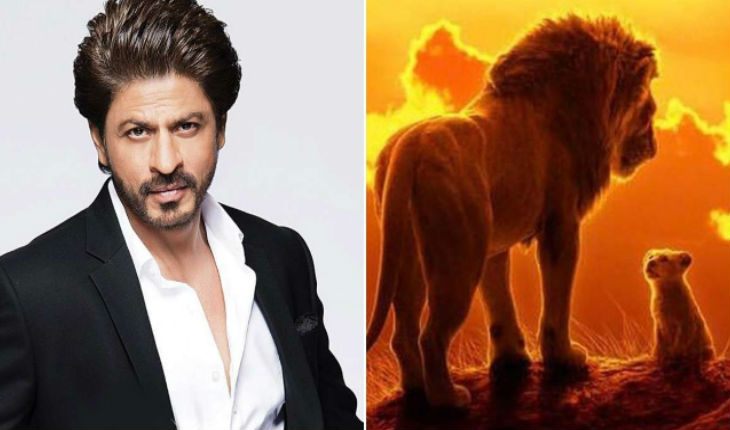 The actor voiced Mufasa in The Lion King
However, the choice of dubbing actors was seriously criticized. Angry comments appeared on the network that Shah Rukh’s voice destroys the cult film, as the actor reads the text without expression. The actor has not yet commented on the statements of fans of Disney classics.

In 2020, the actor will star in the biopic Rocketry: The Nambi Effect, about the life of Nambi Narayanan, a scientist and aerospace engineer accused of espionage. Another "space" Khan film will be a biopic about Rakesh Sharma, the first Indian in space. Two premieres with Shakrukh are scheduled for 2021. These are the Bollywood animation film "Everything in life happens" and the cartoon "Koochie Koochie Hota Hai", cartoon "Koochie Koochie Hota Hai", where he voiced one of the characters.