Main page
World News: Wars, Politics, Economy
The police is checking the cashier who gave out fo
Discuss
It is reported that a 42-year-old Uzbek citizen came to the police with a guilty complaint after the store management wrote an announcement against her.

The administration believes that she handed out food to her relatives, without registering goods at the checkout. The cashier herself claims that she gave some products to people who did not have money, primarily to the old people, out of pity. Also, the woman admits that she took some products, such as tea, biscuits, and sausages, for herself. Now the store is doing an inventory, figuring out what the damage is. 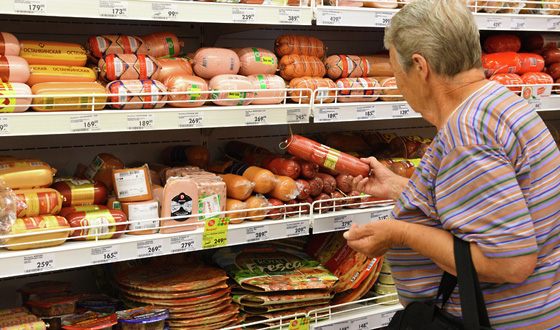 In St. Petersburg, the police got interested in the cashier who gave the products to the indigent
During the recent years, in different cities of Russia there took place the cases of giving out free bread and other essential goods. Typically, such initiatives were quickly stopped. In March last year, the Krasnoyarsk businessman Nikolai Ostapenko had to abandon such a project. He arranged a free distribution of bread to those who need it in his shop, but was forced to turn it down because of the rudeness of the visitors.

Jim Parsons who is his mother
5.4

Hugh Grant where did he study
6.0