Main page
Celebrity News
Bill Skarsgård Voiced One of the Moomins in a New Cartoon
Discuss
On November 24, 2017, the world premiere of the Swedish cartoon «Muumien Joulu» has taken place, called «Moomins and the Magic Winter».

The cartoon has been already included in the long list of the relevant nominations for the Oscar Award.

It is known that the original version of the cartoon was duplicated by actors Bill Skarsgård, Alicia Vikander, and Stellan Skarsgard. 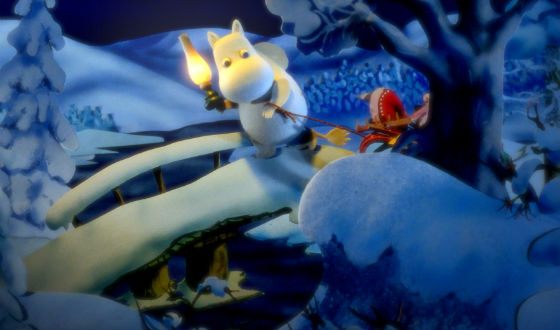 Bill Skarsgård voiced the cartoon «Moomins and the Magic Winter»
A trailer for the new cartoon is available on the Network. The creators write that this is truly a family movie because Moomin is loved by everyone.

It should be noted that the plot of the story narrates that the Moomin decides not to go to bed for the winter, to see what it is all about. To his surprise, a real winter is very different from what he'd imagined. Moomin-Troll meets up with strange creatures and celebrates the Christmas.

Daniel Radcliffe where is he now
6.0

Sadie Sink where does she live
6.0