Main page
World News: Wars, Politics, Economy
Russian Student Killed a Teacher and Made A Selfie
Discuss
A shocking double murder happened in one of the Moscow colleges. A tutor and a student were found dead.

The police knew very quickly the main suspect in the murder. This was a dead student who killed at first a 44-year-old teacher of the subject «Basics of life safety», posted a selfie with a dead or dying person in social networks. After that the young man committed suicide. It is assumed that the reason for a terrible crime was a personal conflict. According to investigators, the student could stay alone with the teacher during a break. The incident happened in the Western Complex of Continuous Education. 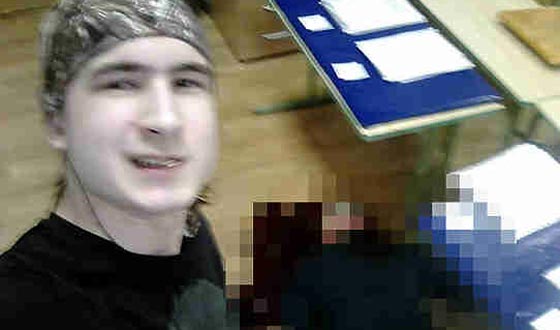 The Moscow College’s Student took a selfie with a dead teacher
The administration of social network Vkontakte (the Russian equivalent of Facebook) quickly blocked the page of the 18-year-old man, where he posted the shocking photos, which he depicted with a bloody knife in his hand.

Earlier we reported how an unstable man nearly stabbed an emcee of Echo of Moscow right in the office of the radio station. Fortunately, people managed to pull away the assailant from the women.

Tilda Swinton in her youth
6.0