Main page
World News: Wars, Politics, Economy
The «Echo Of Moscow» Emcee was Stabbed in The Th
Discuss
1
In Moscow, an unknown man armed with a knife broke into the office of russian liberal radio station «Echo Of Moscow» and hit one of the emcees.

The chief editor of «Echo», Alexei Venediktov, reported about the incident, noting that the assailant was arrested. The journalist Tatyana Felgenhauer, who was wounded in the neck, was hospitalized. We do not know her health status currently. 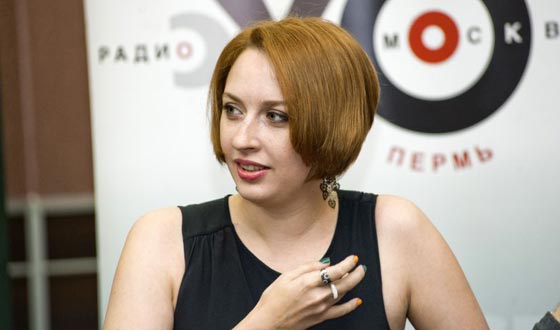 The «Echo Of Moscow» emcee Tatiana Felgengauer was attacked
As it became known to zoomboola.com, there were two assailants, and their purpose was precisely Felgengauer, as they deliberately came to her workplace. Meanwhile, on Novy Arbat, they first sprayed the guard in the face to enter the building.

Winona Ryder where does she live
6.0

Kate Winslet in her youth
5.9