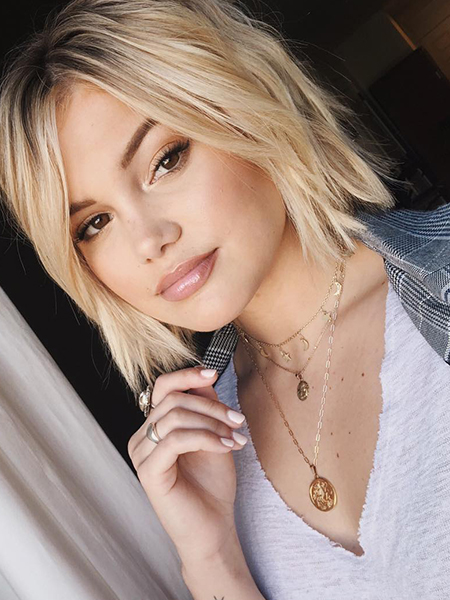 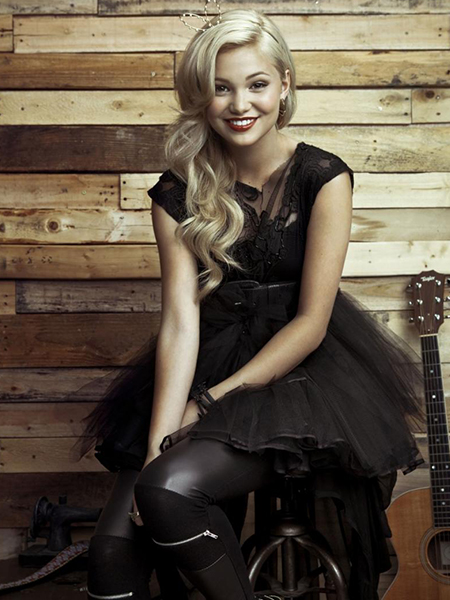 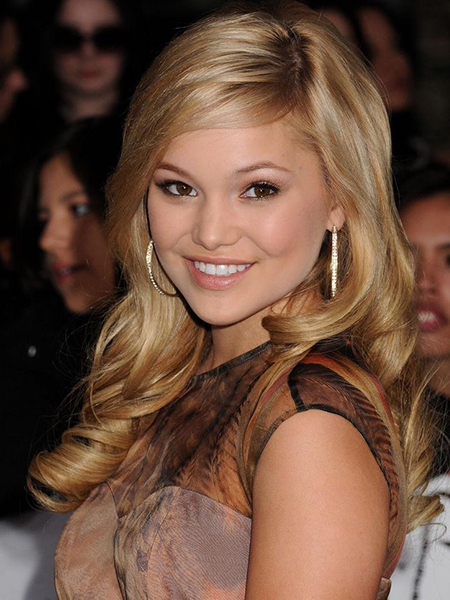 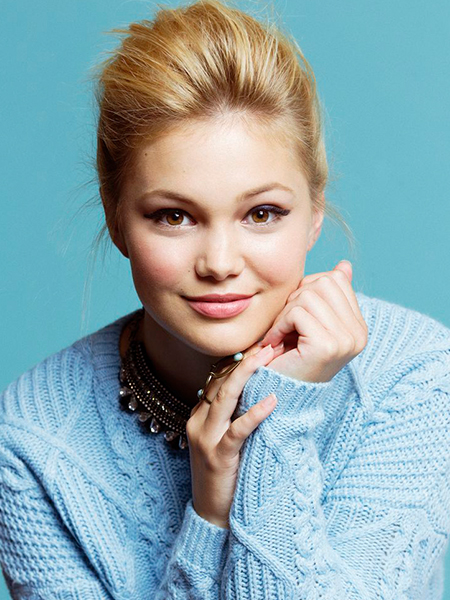 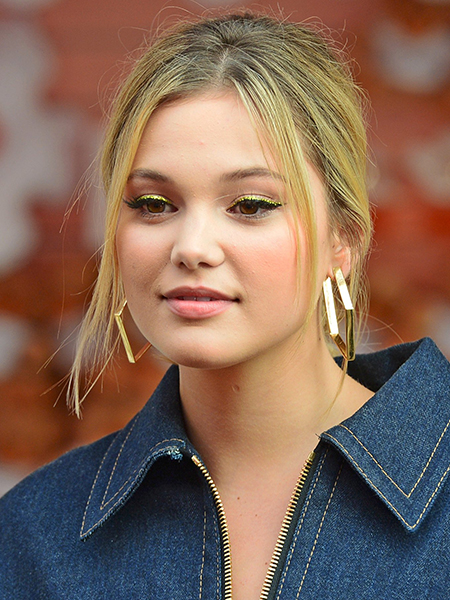 Olivia Holt as a film star appeared in 2012 on Disney TV channel, in the show entitled Kickin’ It. The project was a brilliant start to the career of the blonde, miniature Olivia, whose name started being frequently mentioned among the brightest and most talented young actors. Net worth: $2 million. 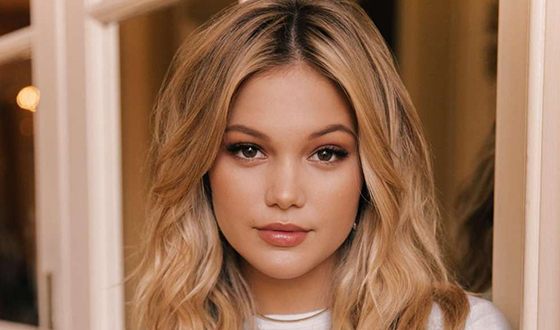 In the photo: Olivia Holt

Olivia Holt was born on August 5th, 1997 in Tennessee, and grew up in Nesbit, Mississippi. From the age of three Olivia did gymnastics, but once she went to high school, she left the professional sport. 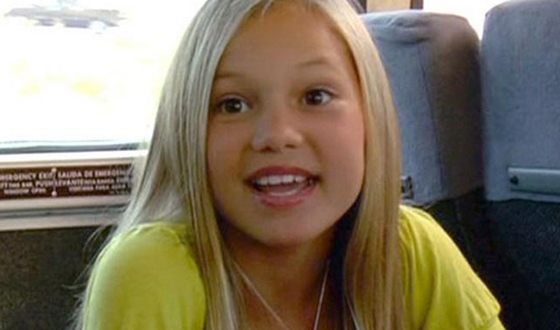 Olivia Holt as a child
By this time the little girl was already fascinated by the art of theatre - she would spend her summer vacations in summer camps for young actors, where she learned the basic skills of acting and participated in theatre productions. Olivia also played chess and was on the cheerleader team. 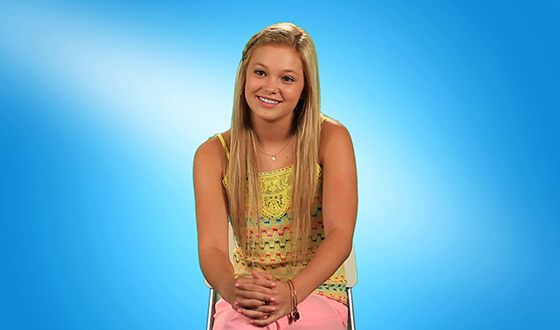 Young Olivia Holt
In 2007, the parents hired an agent, through the efforts of which the blonde began to appear in advertising for Bratz and Mattel dolls, Hasbro board games, and children's clothing brands.

Realizing that in order to develop Olivia's creative career, she needed to get closer to the Dream Factory, in 2009, the Holt family settled in Los Angeles. Soon, the young actress appeared in episodes of the social drama Black and Blue, this is how in 2010 the parents signed a contract with The Walt Disney Studios. 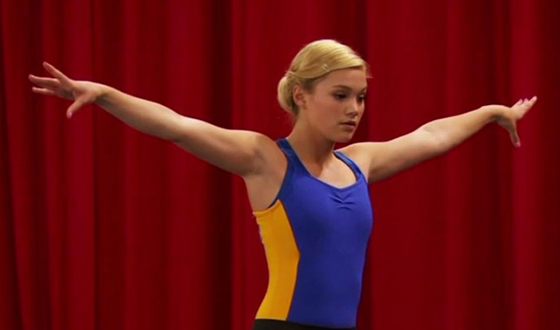 Olivia Holt in Kickin’ It
The multi-part project Kickin’ It was destined to become the starting point in Olivia’s career. In this sports comedy series, she got the role of a purposeful karate girl, Kim Crawford, repeatedly proving wrong the statement that girls have no place in a sport like that. That is when the actress’ gymnastics skills came in very handy.

This teen series has become one of the most successful projects of the famous Disney company, hitting a record number of viewers. Holt played in the series for three seasons, perfecting her acting skills and growing up with her character. 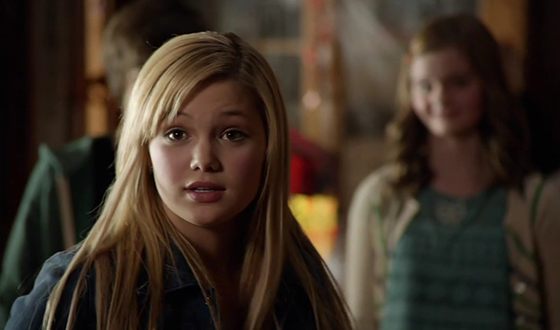 A scene from Girl vs. Monster
In 2012, Olivia appeared in the Disney film Girl vs. Monster. The young actress performed the role of Skylar, a girl who didn’t even know that she was a descendant of a monster hunter family. Brian Palermo and Jennifer Aspen starred as the parents of the brave schoolgirl. The role of school rock star Ryan, who was in love with Skye, was played by actor and musician Luke Benward. 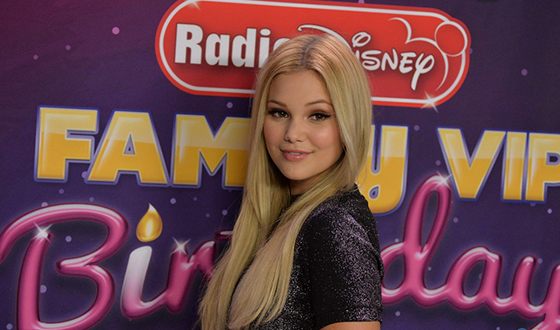 The TV series I didn’t do it, the first series of which was released at the end of 2014, undoubtedly added more popularity to Olivia’s rising stardom. In the project, she played the role of Lindsay, who was competing with her twin brother Logan, played by Austin North. 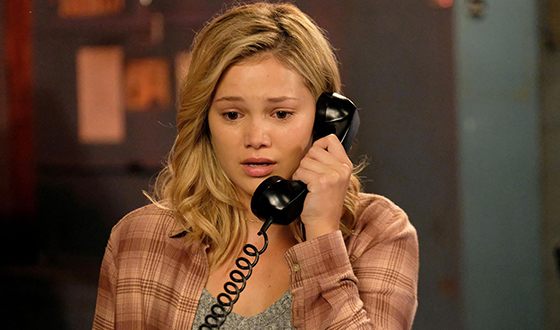 Actress Olivia Holt
During this period of her career, the actress took part in the dubbing of the animated film Tinker Bell and the Legend of the NeverBeast and Ultimate Spider-Man. In 2016, Holt starred in two episodes of the British mystical comedy series Evermoor, which was broadcast on Disney Channel, where she played Valentina, the demi-goddess of love.

In the vibrant parable of 2017, Same Kind of Different As Me, the young actress played with John Voight and Greg Kinnear. In the company of such famous actors Olivia was quite on their level and impressed the audience with her acting: in the film, she played the role of Regan, the daughter of Kinnear’s character, who was trying to change her life for the sake of saving her marriage. The mother of Olivia’s heroine was played by Rene Zellweger.
Same Kind of Different As Me - trailer
Based on a real story, the picture has earned positive and enthusiastic reviews thanks to the relevance of the topics raised, acting talent of the stars, and deep philosophical meaning.

According to Zoomboola.com, in the 2017 romantic film Class Rank, directed by Eric Stoltz, the blonde actress collaborated with Christine Chenoweth, Catherine Chalfant, and Skyler Gisondo. A touching and funny story about two teenagers who decided to become heads of the school board was shown at the Newport Film Festival and was released in limited edition although failing to gain popularity with the audience. 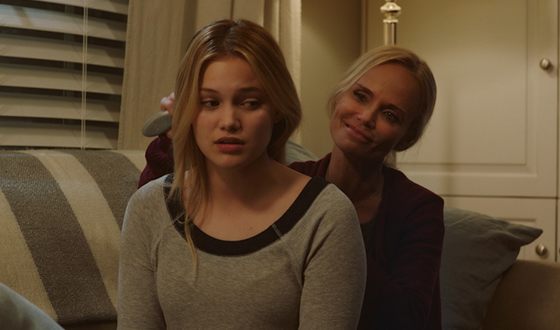 A scene from Class Rank
In the summer of 2018, the first episodes of the first season of the fantastic action movie Cloak and Dagger were released. The role of Tandy Bowen, a beauty with superhuman abilities, was another acting success in the filmography of the young star. Olivia’s heroine survived childhood trauma and developed an ability to emit light daggers; then, when she grew up, she became a street thief. Meeting Tyler, played by Aubrey Joseph, would change the lives of the two young people - they would find love and take revenge on the racists who killed Tyler's father, and the powerful corporation that made Tandy orphan.

In the funny teenage movie Status Update (2018), the actress played with Ross Lynch. This movie about a magical mobile application was appreciated by the young audience, but adult viewers also valued the interesting plot, beautiful camera work, and actors’ talent.
Status Update - trailer (2018)
At the end of 2018, it surfaced that, to the delight of fans, the Cloak and Dagger series will be extended; the premiere of the second season of the saga about Tandy and Tyler is premiered in the spring of 2019.

In the spring of 2016, the fans of the actress got a gift – Olivia’s single Phoenix, to which she later released a video clip.
Olivia Holt - Phoenix (Official Video)
The mini-album Olivia was released the same year; she went on a tour of the cities of America. Isaac Elliot and Rayland Lynch, brother of Ross Lynch also participated in the tour. The track Generous was presented in the fall of 2017, and the video was directed by Chris Applebaum.

The young star initially felt only friendly sympathy toward the handsome actor and musician Luke Benward, but later it turned into a romantic relationship. Fans of Girls vs. Monster were delighted that their favorite actors ended up together and were very upset when they found out about their break-up in 2013. 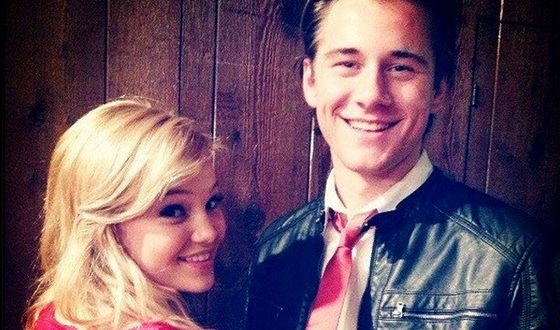 Olivia Holt and Luke Benward
Over the next two years, Olivia dated Ray Kearin, with whom she went to school, and in 2017, there were rumors about her affair with the star of the vampire saga Taylor Lautner. But neither Olivia nor Taylor answers questions about their relationship. 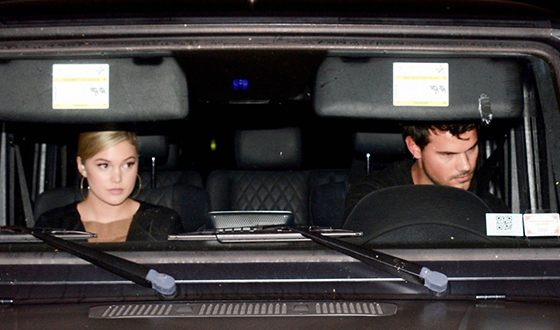 Olivia Holt and Taylor Lautner in one car
It is known that in her spare time Olivia also does parkour. Moreover, the actress takes piano and singing lessons. She says her idols are Bruno Mars and Katy Perry. 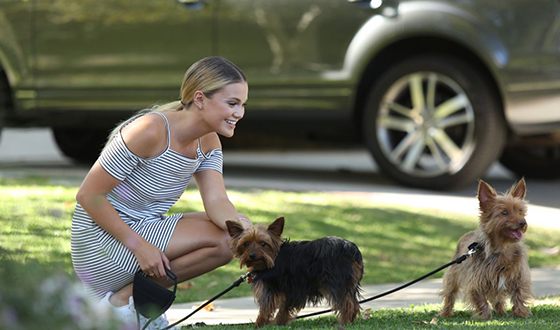 Olivia with her dogs
She has two Yorkshire terriers, Scout and Diesel, with whom she loves to take long walks.

The young actress helps the St. Jude Children's Hospital, donating funds for the treatment of children and often visiting the little patients.

In 2019, another season of the Marvel comic series "Cloak and Dagger", starring Olivia Hall, premiered. It became final. The premiere of the first season of the series "Cruel Summer" is scheduled for 2021. Olivia is active on her social networks, especially Instagram, where she posts photos and shares news with fans.

Woody Harrelson where did he study
5.9