Main page
World News: Wars, Politics, Economy
A Woman Was Raped in Omsk on Her Way to Suicide
Discuss
A taxi driver from Omsk saved a 25-year-old woman, a mother of a toddler from suicide. She came to the bridge to «think about life».

The young woman from Omsk seriously thought about suicide and came to the bad-famed bridge over the Irtysh river. A lot of gloomy stories is associated with this state bridge, which was named in honor of the 60th anniversary of the Komsomol. People often come there to settle scores with life. 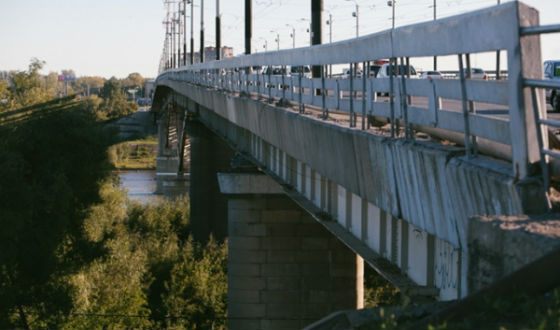 The bridge 60 years to VLKSM over the Irtysh river has a bad fame in Omsk
As the local media reported, the young woman went to the bridge to «think about life» on the night of October 10, 2017. She was raped by an unknown pervert on her way to the bridge. After that, she strengthened her intention to commit suicide and came to the bridge.

A passing man noticed her on the bridge. The taxi driver took the victim to the police station, where she filed a report of rape. Then, she was handed over to the psychologists and doctors who will help the young woman to overcome the severe trauma.

The taxi driver had to spend a lot of time and efforts to negotiate with the desperate woman. He told the press he didn’t even remember the words he spoke to her. «It was such a blur. Everything was a blur. I don't even remember what I said. I managed to get her away from death, and this is the main», said the man.

Chloe Sevigny where does she live
3.8

Shah Rukh Khan where did he study
6.0