Main page
Celebrity News
Alec Baldwin and Kim Basinger: How Long Does Passion Live?
Discuss (1)
The romance of Kim Basinger and Alec Baldwin entered the "golden fund" of the great love stories of Hollywood. It all started the same way as in a fairy tale: the enamored actor found out that Basinger would star in The Habit to Marry (1991), and deliberately got the second leading role in the film.

37-year-old Kim recently broke up with her first husband and was in no hurry to have an affair - and even with a "boy" who was five years younger than her. But Baldwin did not lose heart: every day he brought fresh flowers to the set and indulged all the whims of the beauty. It was difficult to resist such pressure, and Kim gave up.

“It was a real disaster: quarrels and reconciliations, tears and hugs, slamming the door and long telephone conversations. When they swore, sparks flew everywhere,” – recalled fellow of actors.

Rational and calm Baldwin became, like his beloved, nervous, and impulsive. With their theatrical scandals, the couple drove the entire film crew, and the budget of the picture jumped from 15 to 23 million dollars because of the star lovers. In his attempts to marry Kim, Alec did insane things. He once chartered a plane that flew over a movie set with an "I love you, Kim!" Banner. But even these tricks did not induce the girl to say the cherished "yes". 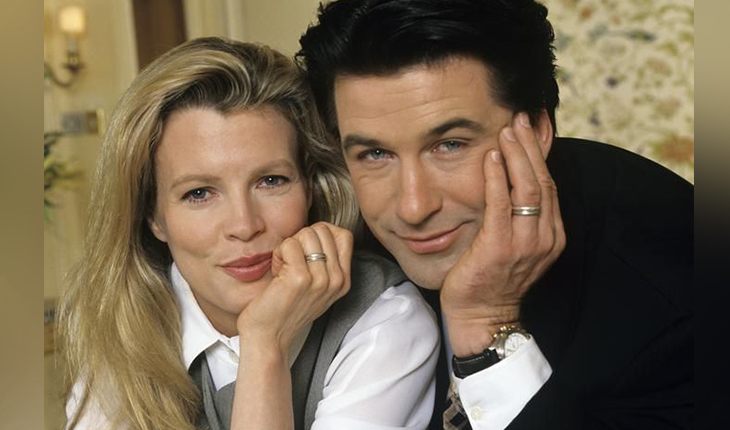 Kim Basinger and Alec Baldwin
In the early 90s, the actress found herself at the center of a large-scale scandal: she refused to star in the film "Elena in a Box", although she had already signed a contract. The court ordered her to pay a fine of $ 9 million - such an amount Kim did not have. Here Baldwin came to the rescue again, who paid the debts of his beloved. After that, Kim's heart finally thawed, and in 1993 the couple got married. In the marriage, the couple had a beautiful daughter, Ireland, who watched their scandals for all ten years of the parents' family life. In 2004, the actors divorced, but they could not explain the reasons either to the public or to each other. Besides, even years after the separation, the ex-spouses call this romance the touching in their lives. You can look at other first wives of Hollywood handsome men in a photo collection from the editors of Zoomboola.

Riley Keough in her youth
4.1

Mandy Moore who are her parents
3.9