Who is: businessman, banker

Roman Ivanovich Avdeev is a native entrepreneur, one of the largest beneficiaries of the Credit Bank of Moscow. Net worth: $1.1 billion. 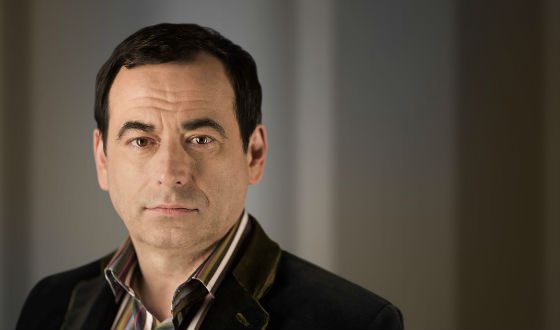 In the photo: Roman Ivanovich Avdeev

Roman Avdeev was born in 1967 in Odintsovo. He spent his childhood in a poor but close-knit family. The future banker studied in an ordinary urban school, what is more he began to receive good marks only in the last grades. After school, he entered the Moscow Power Engineering Institute. According to Roman Ivanovich, his choice was occasional. At the end of the second year, he was drafted into the army. In 1998, he returned home and began to combine his studies with work as a watchman and cleaner. Avdeev received a diploma of higher education only in 1994. 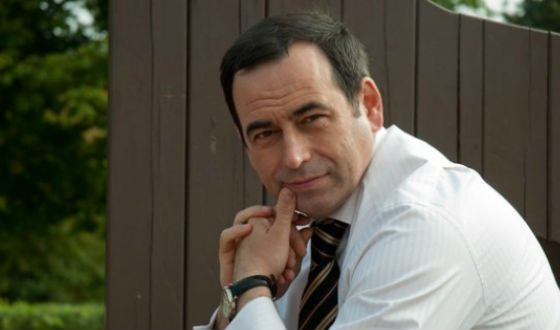 The start of entrepreneurial career

Roman Ivanovich first tried himself as an entrepreneur in 1989. He founded a cooperative producing decoder for televisions. Avdeev’s entrepreneurial career turned out to be successful from the very beginning, and the goods supplied by his company were actively sold in Leningrad and Moscow. Avdeev also made contacts with the «Electronmash» plant, following which his business expanded further.

Credit Bank of Moscow and other projects

In 1994 Roman Avdeev met an announcement for the sale of the Credit Bank of Moscow. In those years he had a currency license, premises, and about 14 employees. The bank officially existed in the documentation, but wasn’t active. The man decided that the bank can be turned into an independent business. Avdeev immediately bought it with funds taken from an existing enterprise. 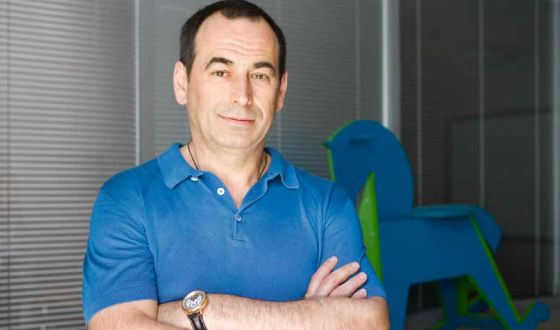 A little later the man bought the controlling shares of a sugar factory located in the Lipetsk region. He also acquired the nearby lands which ideally suited for agricultural needs and where the «Chernozemye» production organization was established in the 2000s which supplied about 3% of the entire Russian sugar. By the mid-2000s Avdeev sold his shares and again invested them in the Credit Bank of Moscow.

In 2005 Avdeev became director of the «Rossium» concern. Three years later he participated in the purchase of lands in the Moscow region. Along with his partner, Avdeev acquired 6 hectares of land and created a constructional market with more than 500 sales points.

In 2008 the entrepreneur took up the development of the «Sever - Les» association located in the Arkhangelsk region. It included 18 firms that were involved in the forest industry. Subsequently, the association which had annual revenue of 65 million USD was sold. The money was invested in another project.

After selling all the shares of the «Chernozemye» in 2008, Avdeev proceeded a considerable amount of funds which he decided to capitalize on in the Credit Bank of Moscow. By that time it was almost ranked 70th in the list of institutions with the largest assets. Credit Bank of Moscow was a universal bank and had a transparent management structure.
Roman Avdeev for Forbes
In 2010 Avdeev founded a real estate agency, which was named «Domus Finance». The company which still exists specializes in concluding transactions on the sales of real estate objects from both the primary and the secondary Moscow markets. The company has an extensive staff of highly qualified employees and provides high-level services. Today the real estate agency implements over two dozen major projects.

Two years after the formation of «Domus Finance» Avdeev founded the «Ingrad» company. It is mainly specialized in the construction of high-class residential complexes in Moscow and the surrounding areas.

In 2012 the Credit Bank of Moscow had great success. Assets of EBRD and IFC were invested in its capital. The same year it was included in the list of 20 largest domestic banks. In 2013 Avdeev became the owner of the «Veropharm» pharmaceutical company but a year later he sold it.

In 2015 the businessman began to develop the «Rossium» concern. As a result, it turned into an entire investment holding which united not only banks but also other institutions involved in financing, the sale of commercial real estate, and the release of pharmaceutical products.

Late in 2012, Roman Avdeev was awarded a «Hurry to do good» medal. It points to the enormous contribution to the civil rights protection issues prescribed in the Constitution. 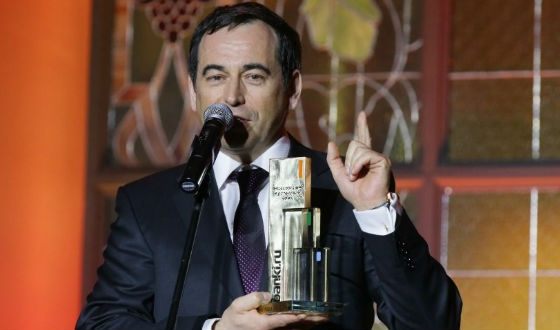 Avdeev's activities have been awarded several prestigious prizes
In 2014 Avdeev was named «Banker of the Year». He was also honored the «Legend of Industry» award. A year later he was named «The Best Investor» according to RBK.

Roman Avdeev now lives in his native town Odintsovo with his third wife. 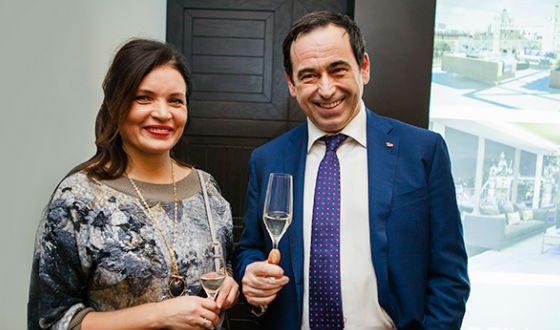 Roman Avdeev with his wife at the RBK awards
The banker is one of the two largest billionaires having many children in the world at the moment. He has 23 children. 19 of them have been adopted. 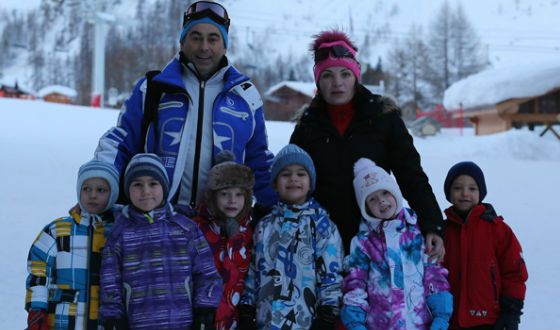 Roman Avdeev with his wife and children
Roman Avdeev believes that parents should not overly control the younger generation. Once he also admitted that he does not intend to leave wills to his descendants.

Roman Avdeev is a philanthropist. In 2014 he founded the «Arithmetic of Good» foundation. The funds go to educational and other needs of children. Special attention is paid to orphans and boarding schools. 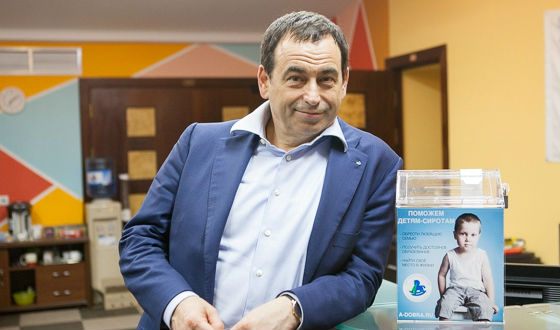 Avdeev has adopted 19 orphans and helps inmates of orphanages
Roman Ivanovich loves philosophy. He believes that science is useful in the field of entrepreneurship.

The entrepreneur maintains a blog in LiveJournal, where he shares his thoughts on social assistance and charity, notes on historical topics and other interesting publications.

The man has a passion for sports but doesn’t want it to become his second job. The Billionaire skies and rides bicycle tries himself in alpinism, attends the gym, walks a lot.

Roman Avdeev especially loves running. He repeatedly took part in marathons. Once he combined the hobby with the activity of his own fund arranging a charity marathon. All the funds raised during the event were spent on individual lessons for schoolchildren. The training was aimed at preparing them for entering university.

The banker takes time to travel. He claims that knowledge of foreign cultures plays a huge role in personal development. 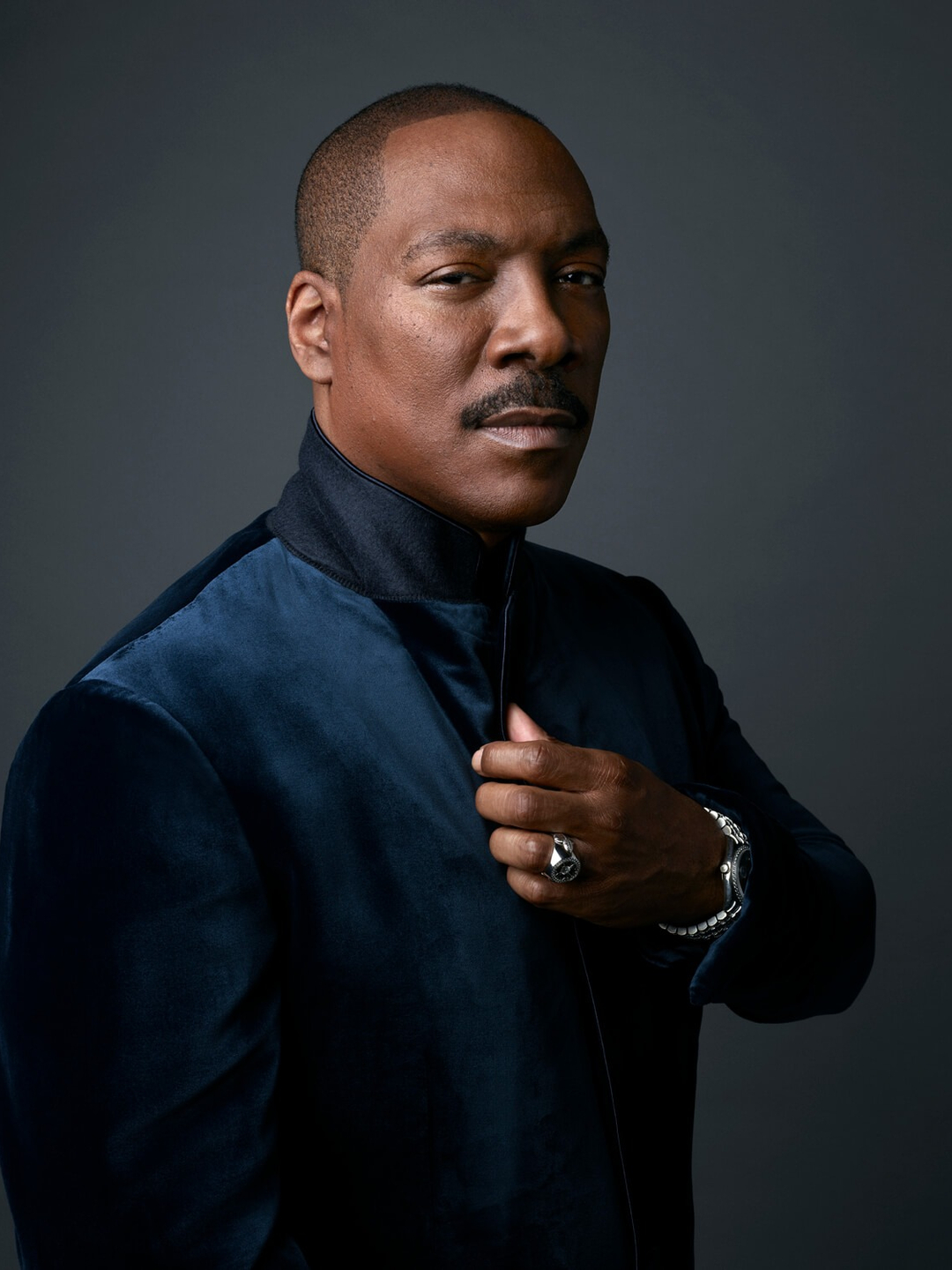