Rachel Brosnahan is a young TV series star, who became popular after the release of the first episodes of The Marvelous Mrs. Maisel comedy-drama series, which became the favorite of viewers who appreciate both the idea of the project and its incarnation: Rachel’s character is an ordinary American housewife of the ’50s, who tries to break into stand-up and succeeds. Net worth: $15 million. 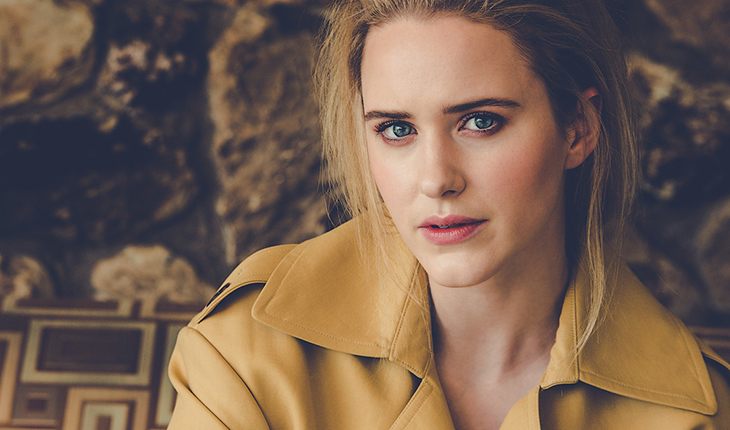 In the photo: Rachel Brosnahan

Rachel Elizabeth Brosnahan was born on December 15, 1990, in Milwaukee, in the family of Earl and Carol. The actress's childhood passed in Highland Park, Illinois, where the Brosnahan family moved in 1995. The future actress’s father worked in a children's publishing house. Rachel was the first child in the family, later she had younger brothers and a sister. 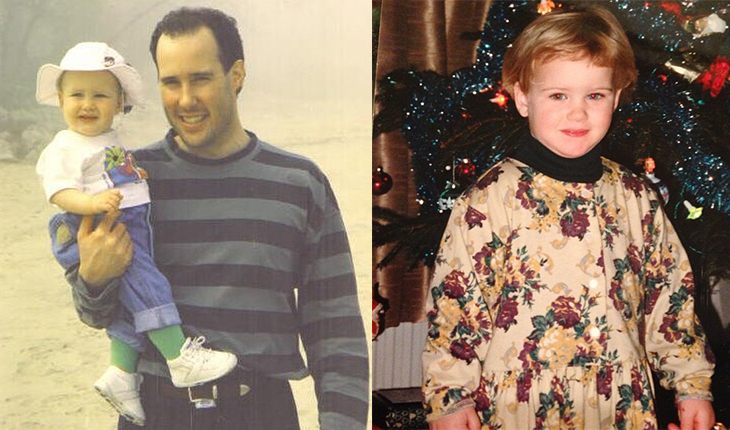 Rachel Brosnahan with her father in childhood
According to Rachel she was shy, loved spending time reading, and wanted to become a psychologist but her passion for the theater changed her life. The future star played in all school productions and began taking personal lessons from the director of the acting school studio Carole Dibo in high school, who later became her personal manager. 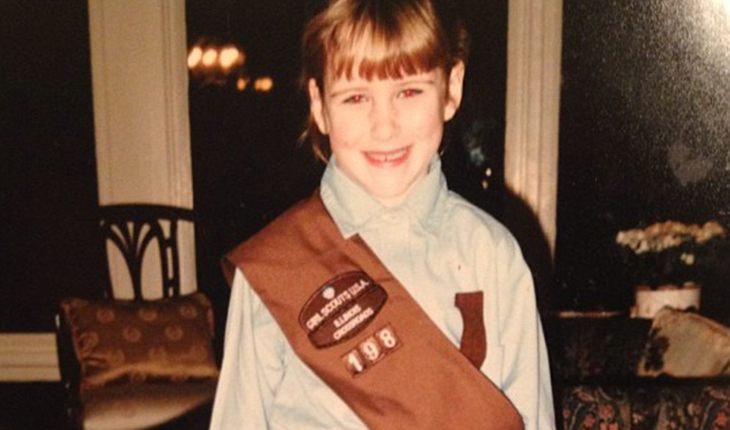 Rachel Brosnahan in school years
Rachel was also part of the school wrestling team in high school for two years, and she also worked as a snowboarding instructor for some time.

After graduating from the Tisch School of the Arts at New York University Rachel went to Hollywood but returned to New York eight months later. The actress said in an interview that it was difficult for her to live in a city where every housewife tries to look like she is a podium star and would not want to spend her life in the eternal talk about fashion and yoga. 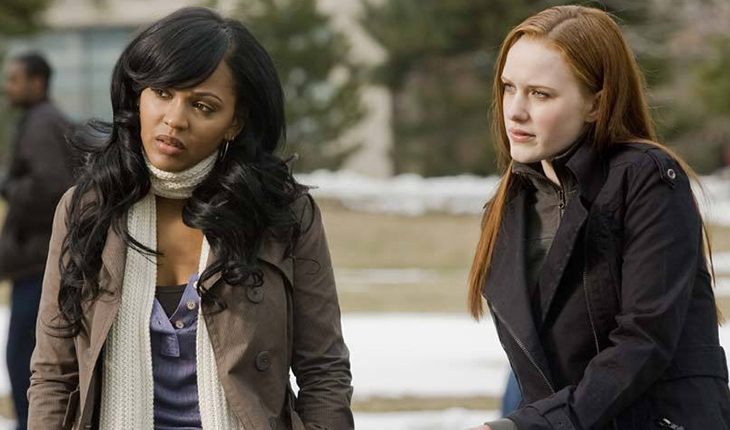 Rachel Brosnahan in The Unborn
In 2009 Rachel got her first role in The Unborn horror film, starring Gary Oldman, Jane Alexander, and Carla Gugino, after which she began to appear regularly in television series. Episodic roles in the Grey’s Anatomy and Gossip Girl series stand out among the actress’s first works on television.

Rachel first became popular after the release of the House of Cards project. The young actress looked organically in the role of a former prostitute, for whom beauty was a curse, not a gift, and managed to transfer the whole depth of her heroine’s despair and loneliness. 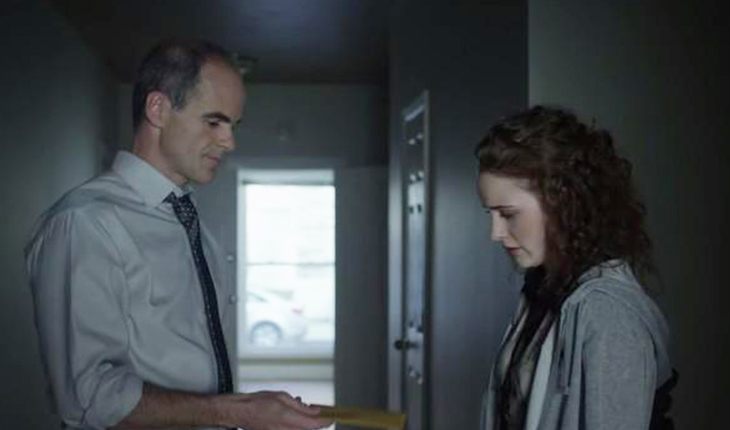 Rachel Brosnahan in the House of Cards
The creators had not planned to involve Rachel in more than a single episode but could not resist her charm and skills and therefore finalized the script, involving Brosnahan's character. The young actress received her first Emmy nomination for playing Rachel Posner. She collaborated with Kevin Spacey, Campbell Scott, Michael Gill, and Neve Campbell in the project.

Rachel's next success was her participation in TV projects The Blacklist, where James Spader played the main violin, and the Manhattan, where she starred alongside Olivia Williams and Harry Lloyd. 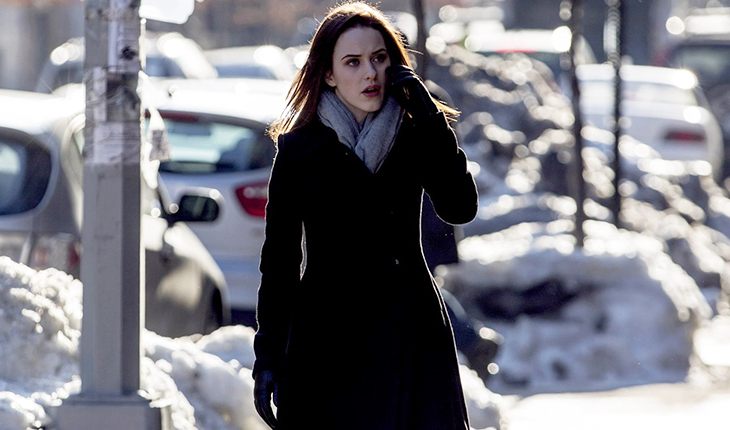 Rachel Brosnahan in The Blacklist
In 2016 Rachel became part of the great cast of the Crisis in Six Scenes mini-series, the author and lead actor of which was Woody Allen. Rachel received the image of a good typical American girl about to marry an equally good typical American guy and she coped with the role perfectly.

The actress’s partner was John Magaro. Miley Cyrus, who plays the role of a sexual-political activist cursing the capitalists and pouring quotes from Karl Marx, also participated in the project. 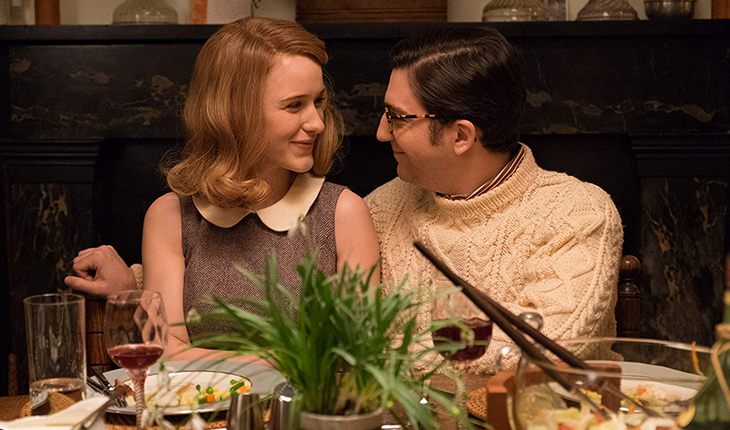 Rachel Brosnahan and John Magaro in the Crisis in Six Scenes
Despite the fact that Allen himself appreciated his work very little and refused to continue the series, both critics and viewers managed to fall in love with the characters of the ironic mini-story and, of course, Rachel’s sweet and touching heroine.

According to Zoomboola.com, late in autumn 2017, The Marvelous Mrs. Maisel television show began, which brought Rachel her main but, sure, not last victory so far. The role of modest housewife Midge, who decided to go against the traditions and change her life that should pass near the stove, changed Rachel’s life too, suddenly making the talented but, in general, quite common American actress a world star.
The Marvelous Mrs. Maisel – first season trailer
The actress herself speaks modestly of her role, ascribing the success not to her skills but to the idea of the project, concluding the fact that absolutely every person, regardless of gender, age and religion, can reassemble himself(herself) and create the reality he(she) is dreaming of. 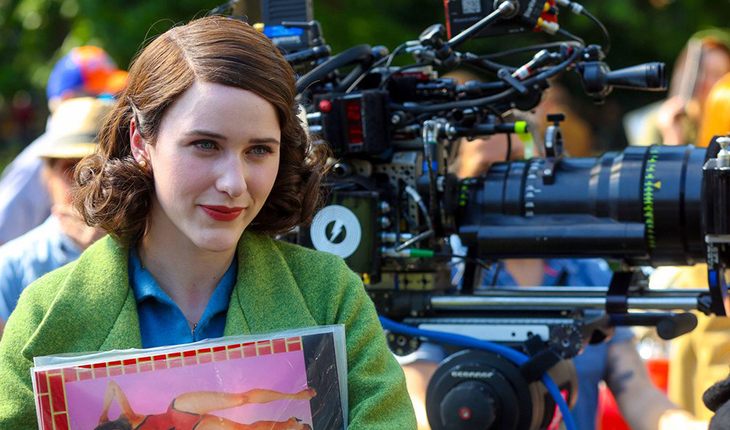 On the set of The Marvelous Mrs. Maisel
Be that as it may, both the inspirational idea and the scenery that recreate the American atmosphere at the end of the 50s, became only the frame of Rachel’s comedic and dramatic talent, who was awarded the Golden Globe for playing Midge. Michael Zegen played Miriam’s traitor husband, Alex Borstein, Matilda Downey, Kevin Pollak, and Tony Shalhoub also took part in the project. 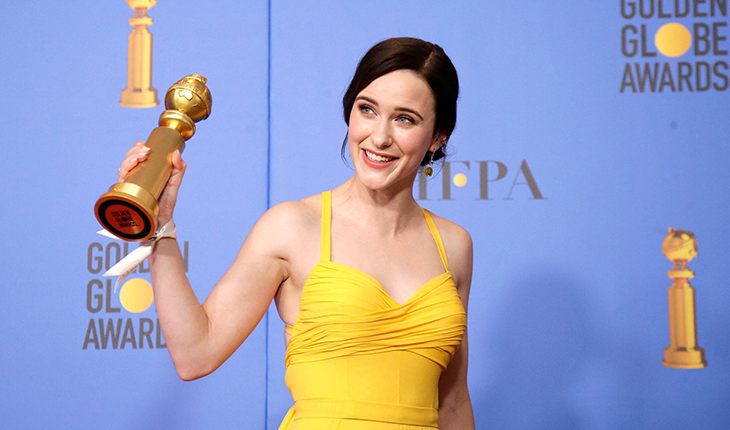 Rachel was awarded the Golden Globe for playing Midge
At the end of 2018, the second season of the story of a housewife, who became a famous comic actress and pioneer in stand-up comedy was released, breaking the record for the popularity of the first one. 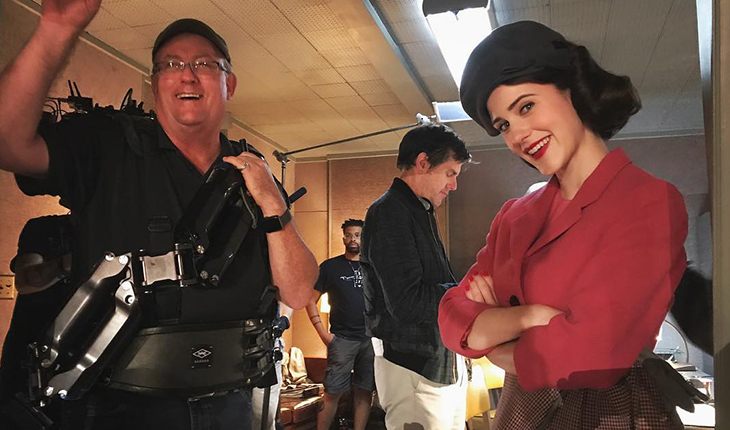 Rachel Brosnahan on the set of the second season of The Marvelous Mrs. Maisel

Rachel first appeared in public with actor Jason Ralph back in 2016, but there was no information about the details of Rachel's personal life after. In 2018 it became known that Jason and Rachel had married. 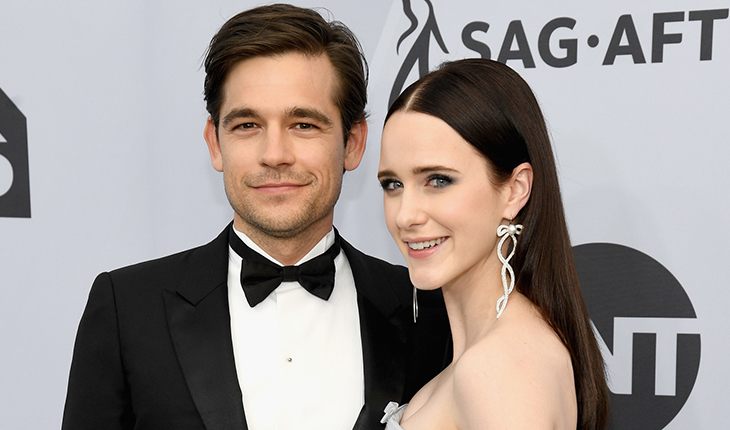 Rachel Brosnahan with her husband Jason Ralph
In an interview, the actress admitted that they lived together for several years before deciding on an official marriage. Jason is four years older than Rachel. They met on the set of the Manhattan series. It is known that Rachel and Jason live in New York, they have two dogs, but children are not yet included in the young actors’ plans. An ideal day off for Rachel is a brunch in a cozy cafe, walks around her beloved city with her husband and dogs, and reading real, note-books. Rachel twice participated in the Live Below the Line challenge, made to draw public attention to poverty. The participants must eat 5 days, spending on food not more than $1.25 daily. In 2011 the amount was increased to 1.5 dollars. You need to pay for participation in the challenge and the amount collected from the entrance fees goes to charity.

In 2019 Rachel was working on the third season of The Marvelous Mrs. Maisel - It premiered in 2020. At the same time, Rachel could also be seen starring in the films I'm Your Woman and The Courier, where she starred opposite Benedict Cumberbatch. Another large-scale project with Rachel's participation was the series 50 States of Fright, a collection of urban legends from different parts of the United States. She also got one of the main roles in it.
The Marvelous Mrs. Maisel Season 3 - Official Trailer
In 2021, the fourth season of the actress's debut project, The Marvelous Mrs. Maisel. Fans are eagerly awaiting the development of events in the life of their already beloved heroine, Mariam Maisel.

Jim Parsons does he have kids
5.5