Phoebe Dynevor is a British actress, known for her role as Daphne from the TV series "The Bridgertons". She was born in a family of famous cinematographers. 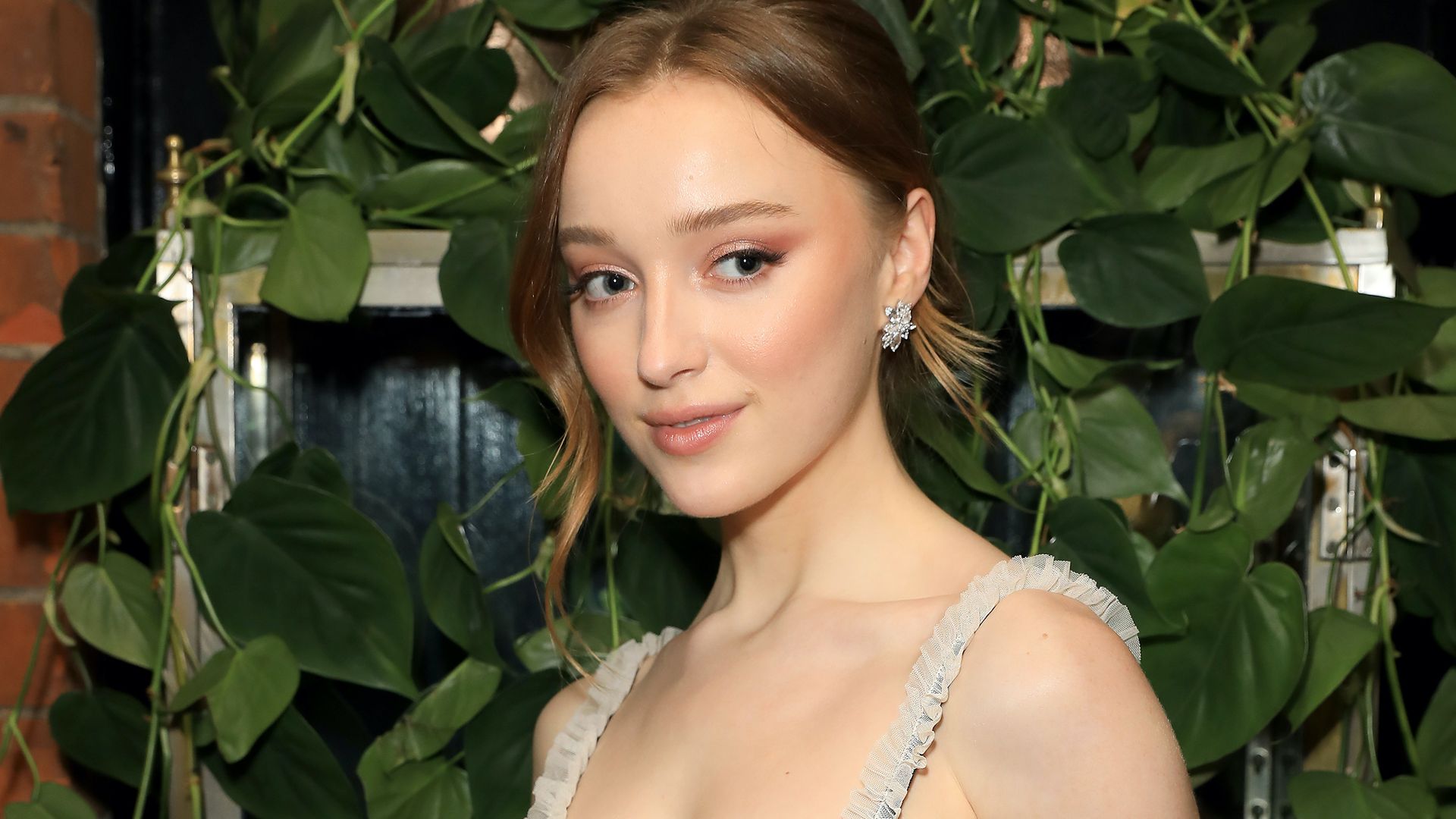 Phoebe Dynevor was born on April 17, 1995 in Trafford, England. Her parents were involved with the cinema industry. Phoebe's father is screenwriter Tim Dynevor (TV series "Emmerdale Farm" and "The Drowning"), and her mother is actress Sally Dynevor (TV series "Coronation Street"). Phoebe's grandparents were also involved with television. So Phoebe's surname is well-known in Britain, The Guardian even has dubbed the Dynevor family a "telearistocracy". Phoebe has a younger brother Samuel and a sister Harriet. 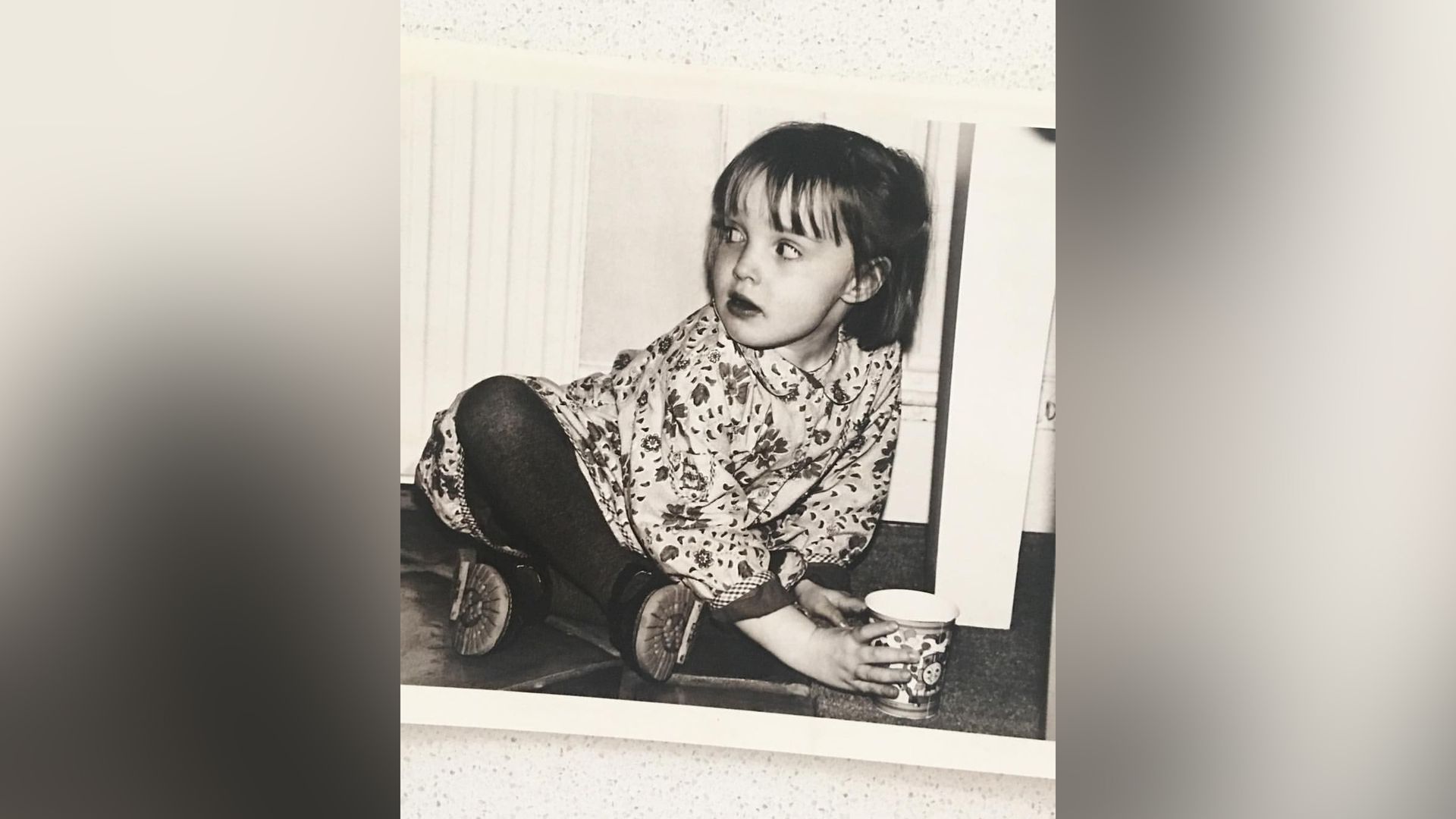 Phoebe Dynevor childhood pics
Phoebe always knew that she wanted to be an actress. The family didn’t mind: mom and dad understood and supported their daughter's aspirations. Moreover, the girl had everything to start a career in television: artistry, self-confidence, determination, courage and useful acquaintances.

She attended Oakfield Nursery School in Altrincham and then Cheadle Hulme School. Phoebe was taking her first steps towards her dream. At the age of 11, she spent a long time persuading her parents to take her to audition for the series "The Golden Compass" (the first attempt to screen Philip Pullman's "His Dark Materials"). She did not get the role, but the atmosphere at the auditions convinced that her path was right. 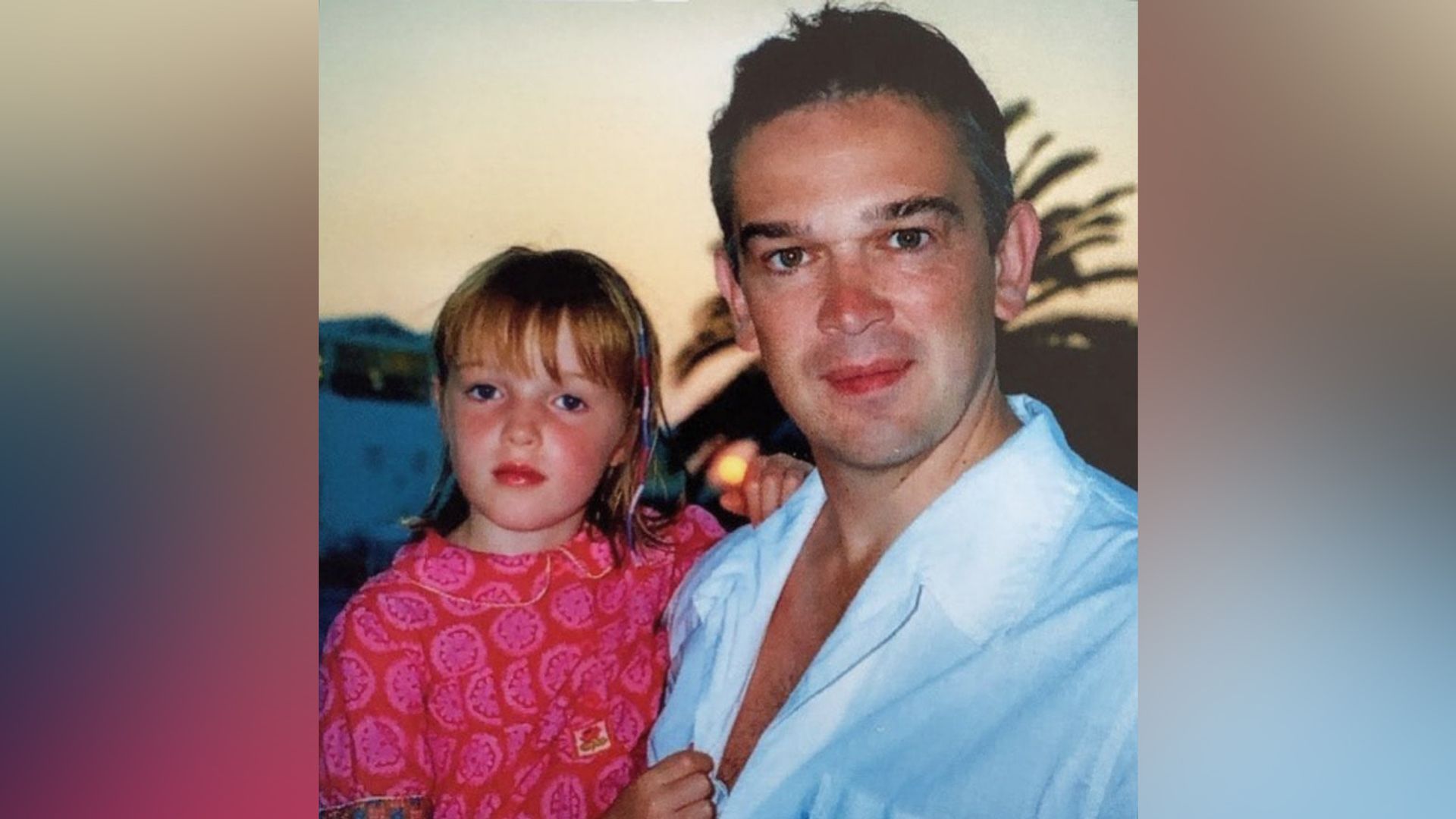 Phoebe Dynevor and her father
The young actress’s childhood was not without tragedy: when she turned 14, her mother was diagnosed with breast cancer. To the great relief of the family, Sally overcame the terrible disease and survived.

Despite the fact that Phoebe didn’t attend acting school and didn’t even play in the school drama club, at the age of 14 she got her first role in the TV series "Waterloo Street". It was a youth project about the life, love and problems of teenagers. A total of 11 seasons were filmed, Phoebe appeared in the 5th and 6th. 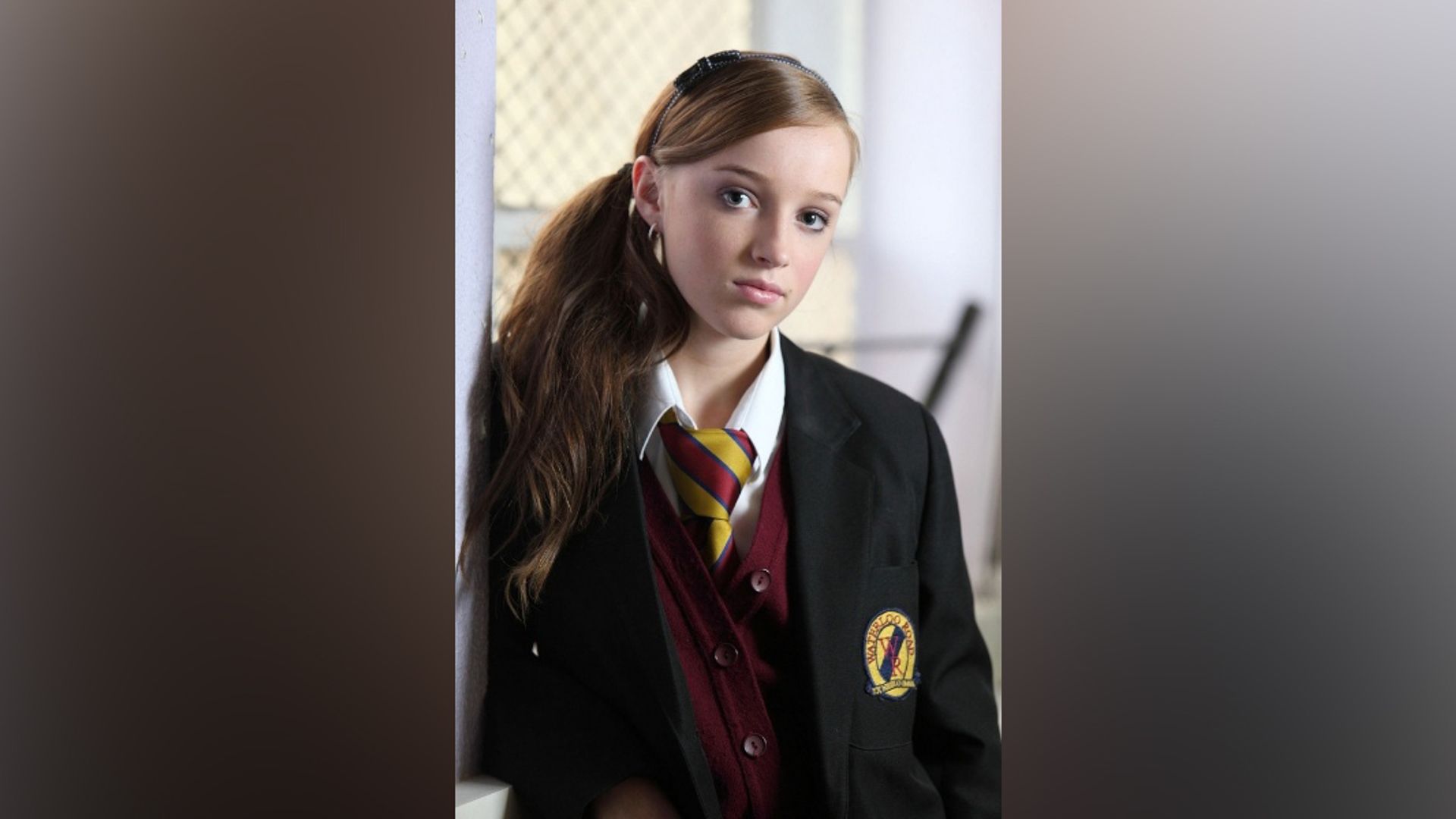 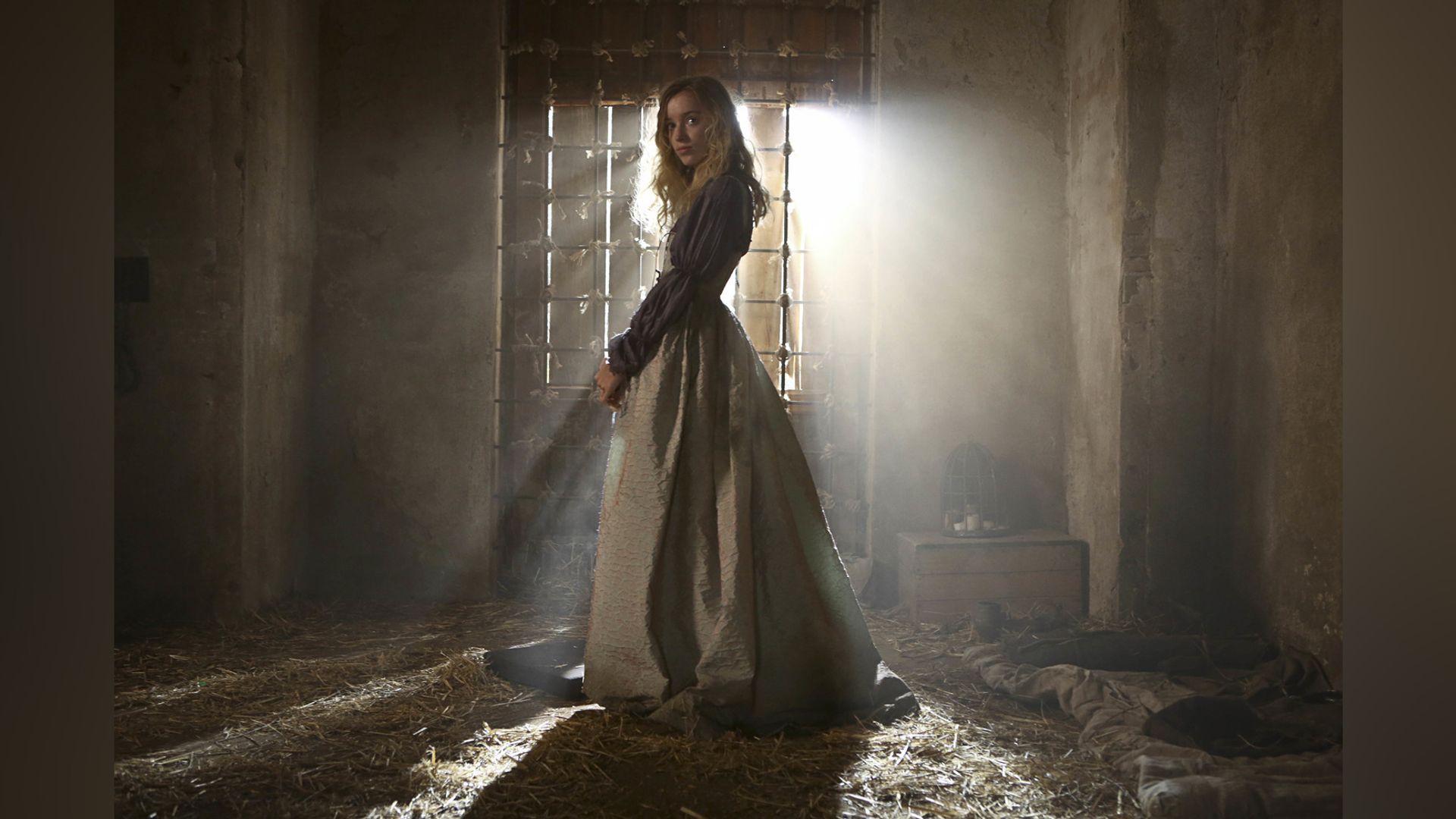 The actress in The Musketeers
The same year, Dynevor was invited to the series "Dickensian", where she got the role of Martha Cratchit from "A Christmas Carol". 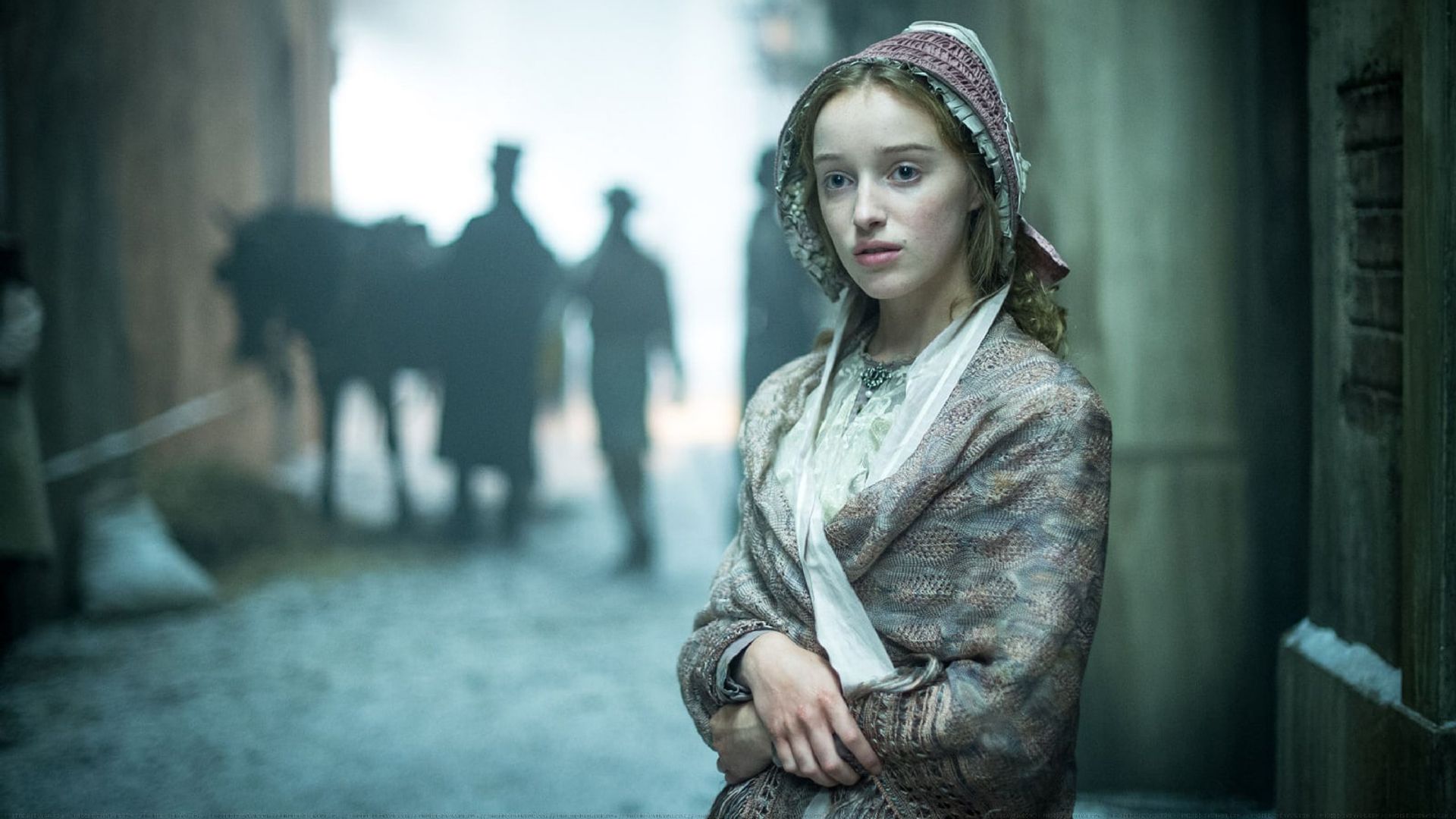 Phoebe Dynevor as Martha Cratchit
In 2016, the actress made a debut in American cinema. She got a role in the crime series "Snatch" together with Rupert Grint and Luke Pasculiano. The series is largely inspired by Guy Ritchie's films, for example, the heroine Phoebe was largely inspired by the character of Thandie Newton from "RockNRolla". 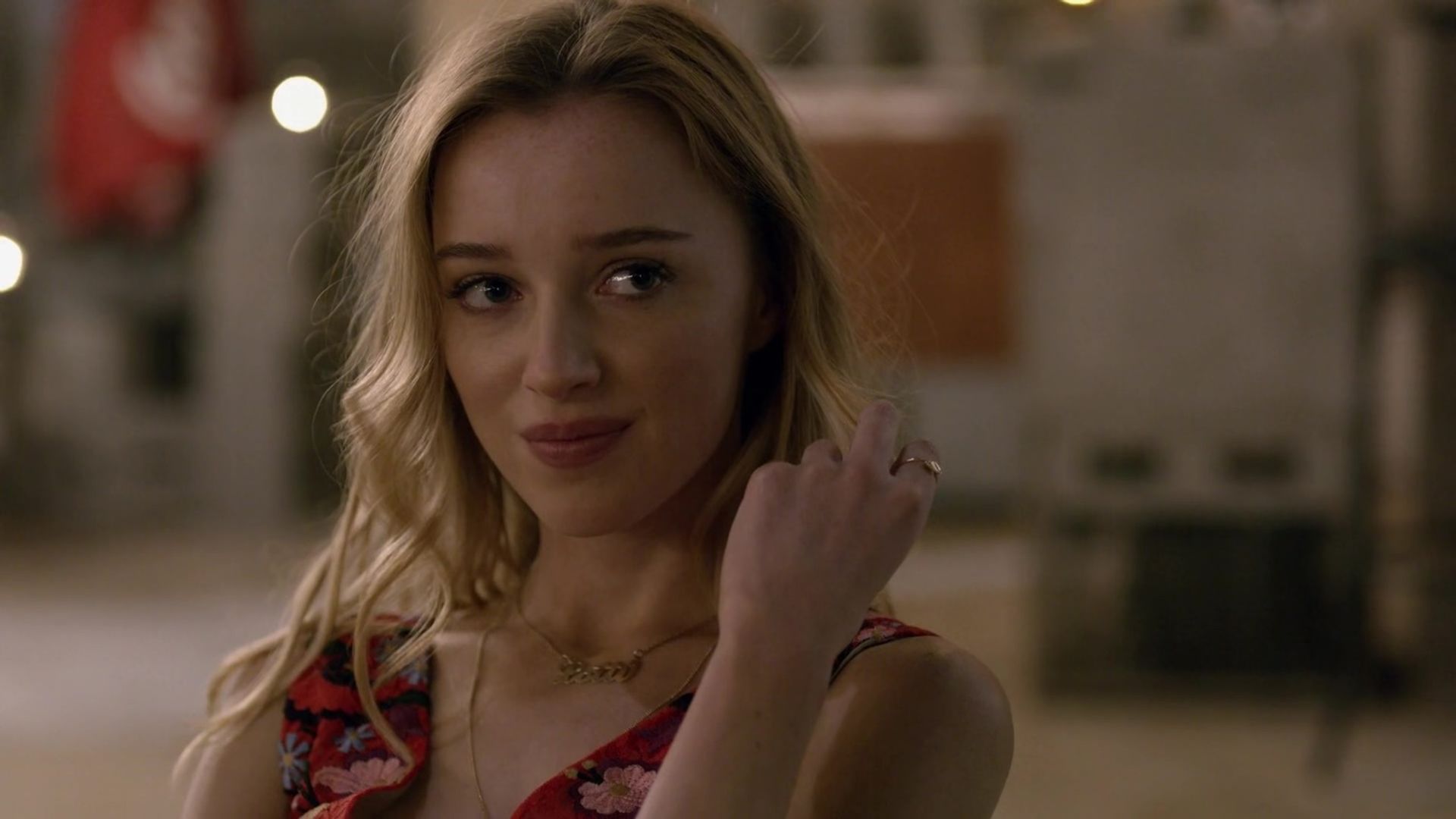 Phoebe Dynevor in Snatch series
Later, Phoebe appeared in the comedy series "Younger", where she got the role of the Irish Claire, who lives in New York.

In 2019, Phoebe got the role of Daphne Bridgerton, which made her famous. The Bridgerton series, based on Julia Queen's novel The Duke and I, was renewed for at least four seasons and ended up being incredibly successful. The image of the gentle and feminine Daphne, which was embodied by Dynevor, was received well by the audience. 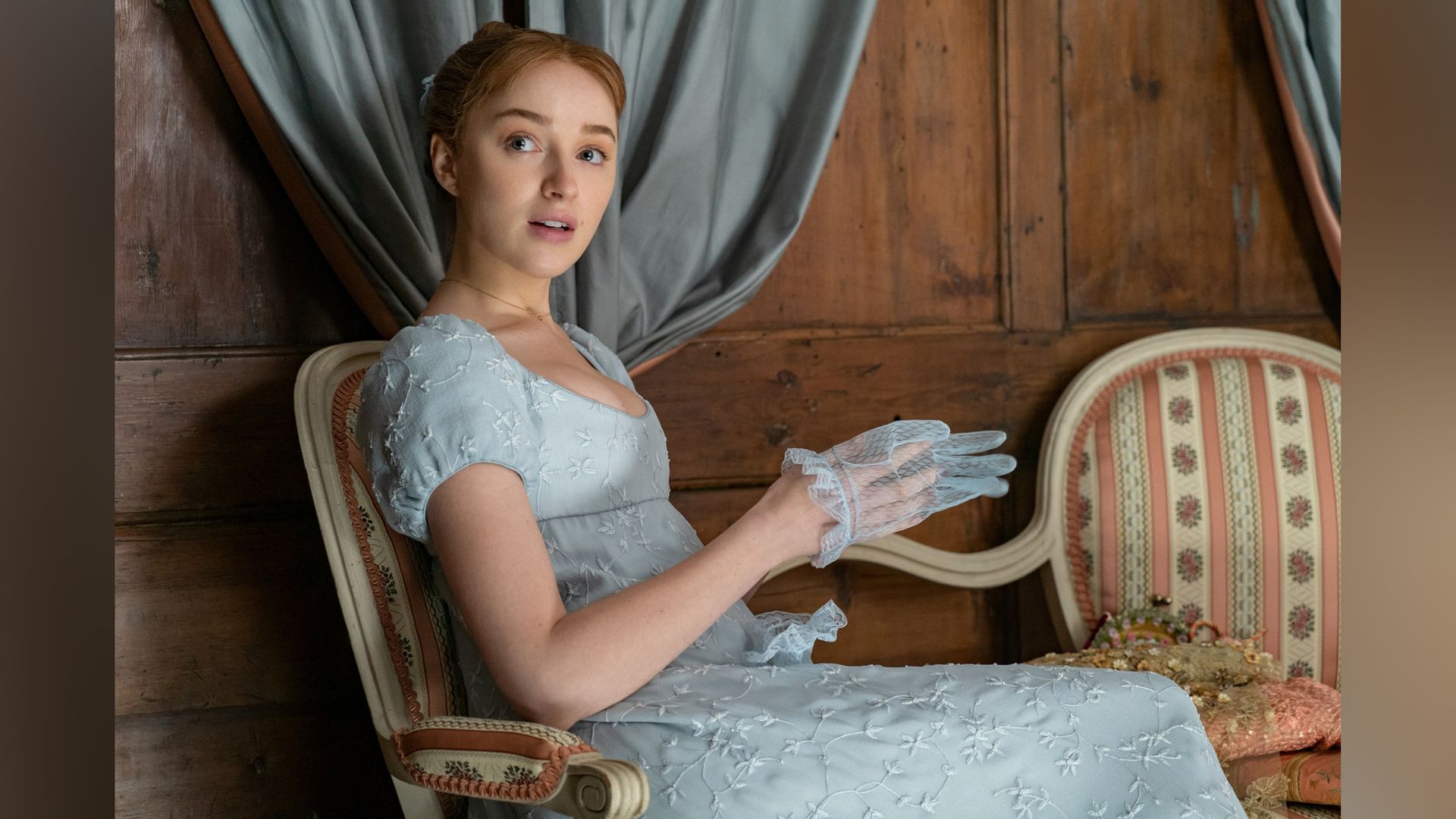 Phoebe Dynevor as Daphne Bridgerton
She was not immediately approved for the role of Daphne: the girl had to wait three months. And as soon as Phoebe heard the long-awaited "yes", she immediately got to work.
Phoebe Dynevor talks Bridgerton, Beyoncé and practising self care | Bazaar UK
At first, everything was unusual: historical scenery, dresses of previous years, the atmosphere, but the actress quickly got used to it. She had to learn horse riding, ballroom dancing, and even take a few piano lessons. And there was also an endless fitting of dresses, because the series features the actress constantly changing outfits, each time wowing the audience with her elegant image.

If she was born in this era, I don’t think she’d be so bothered about marrying. But what immediately excited me about the script was that, even within the context of this time, these women have real agency. They’re obviously all suffering from the patriarchy in their own ways, but they manage to choose their own destiny.

It is also worth noting the incredible chemistry that radiated even through the screen between Phoebe and her partner on the set – Reg-Jean Page. The actor embodied the image of Simon Basset, with whom Daphne was in love. The feelings turned out to be mutual, and the audience, with bated breath, watched the events unfold in the first season. 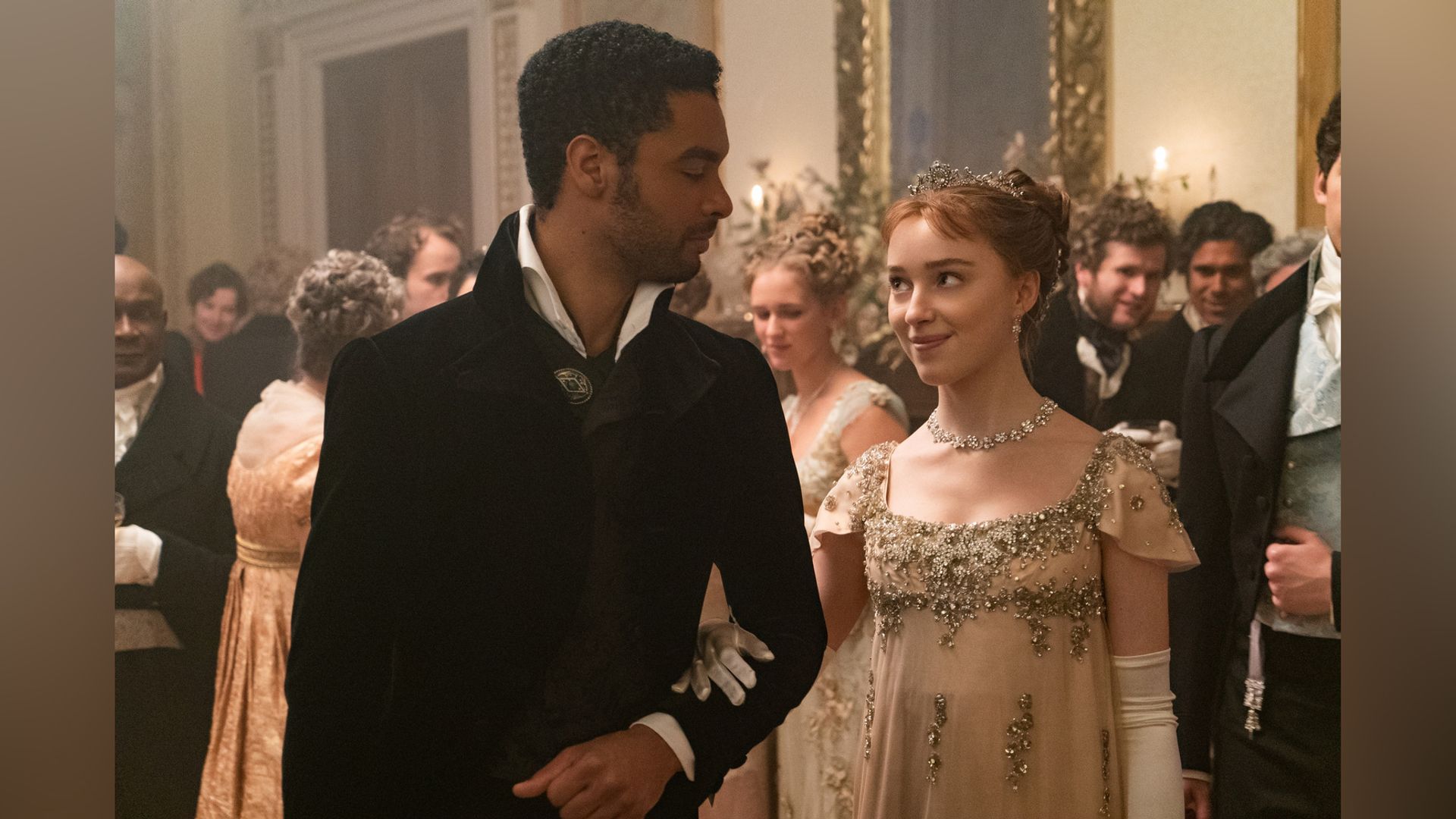 Phoebe Dynevor and Reg-Jean Page
After successfully working on the first season of the series, Phoebe was back in the action. This time, the actress played the main role in the film "The Color Room" together with actor Matthew Goode. The drama was released in 2021 and directed by Claire McCarthy.

Fans of the Bridgertons wished that Phoebe would have a love affair with Reg-Jean Page, because there was a genuine passion between them on the screen. Alas, the dreams of the audience were not meant to come true. It turned out that the actors treat each other well, but calling it love.
Phoebe Dynevor Reveals When She Realized She Had Chemistry with Regé-Jean Page | The Tonight Show
It is known that in 2013, a very young Phoebe met with casting producer Simon Merrill. In 2017, after the premiere of the series "Snatch", fans found out that Phoebe is dating Sean Teale (TV series "Kingdom"). They traveled a lot, often showing their subscribers pictures from a joint vacation. The relationship seemed harmonious, but suddenly Sean started posting photos with a new girl. The actors refused to share the reasons for their breakup 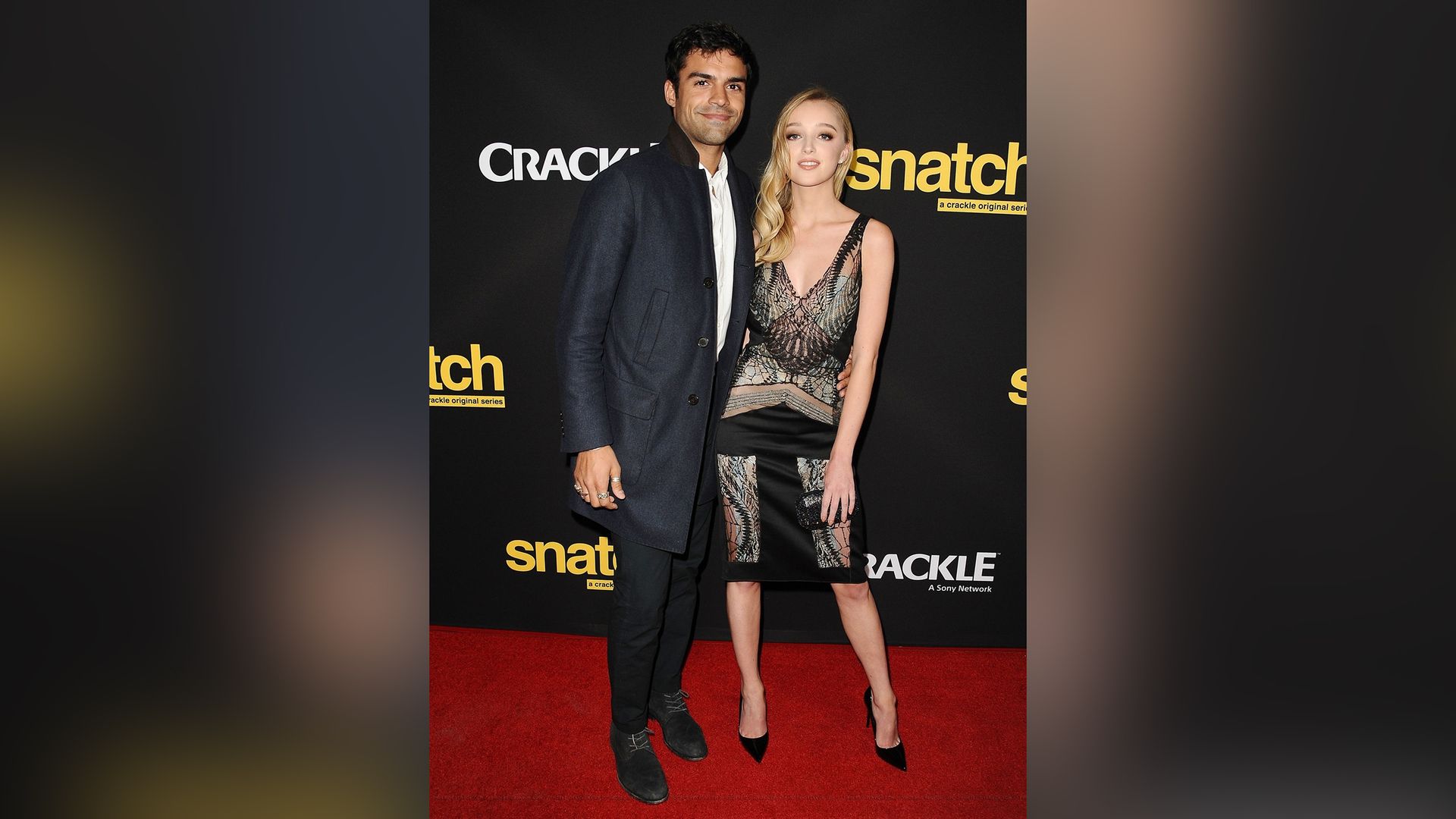 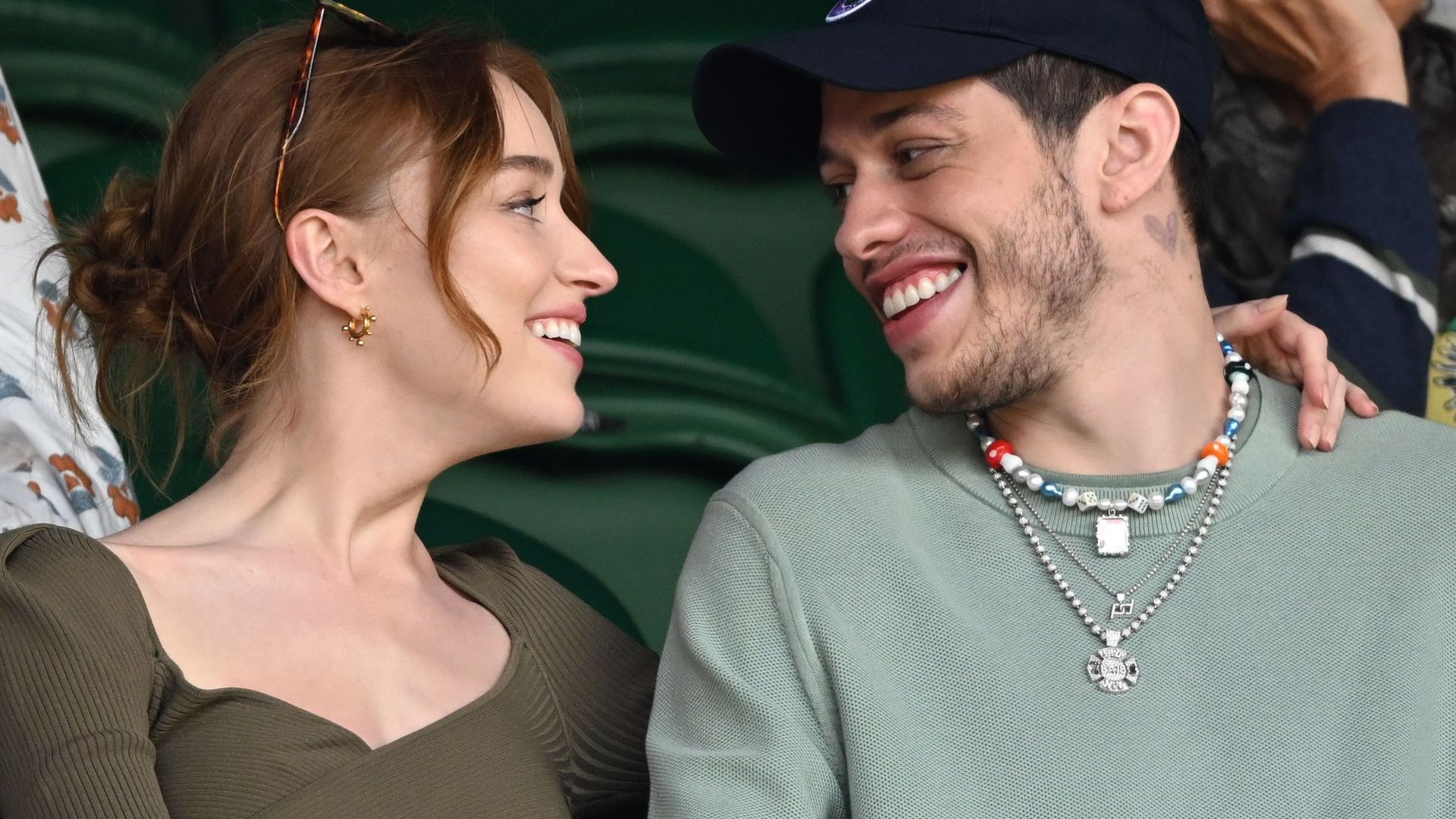 Phoebe Dynevor and Peter Davidson
In November 2021, fans suspected Phoebe of being involved with Jayden Smith: they were shopping together at a Louis Vuitton store.

In 2022, Phoebe started the work on "Fair Play" drama, where she starred with Eddie Marsan and Alden Ehrenreich. Also, she got the main role in a comedy drama "Bank of Dave" by Netflix. 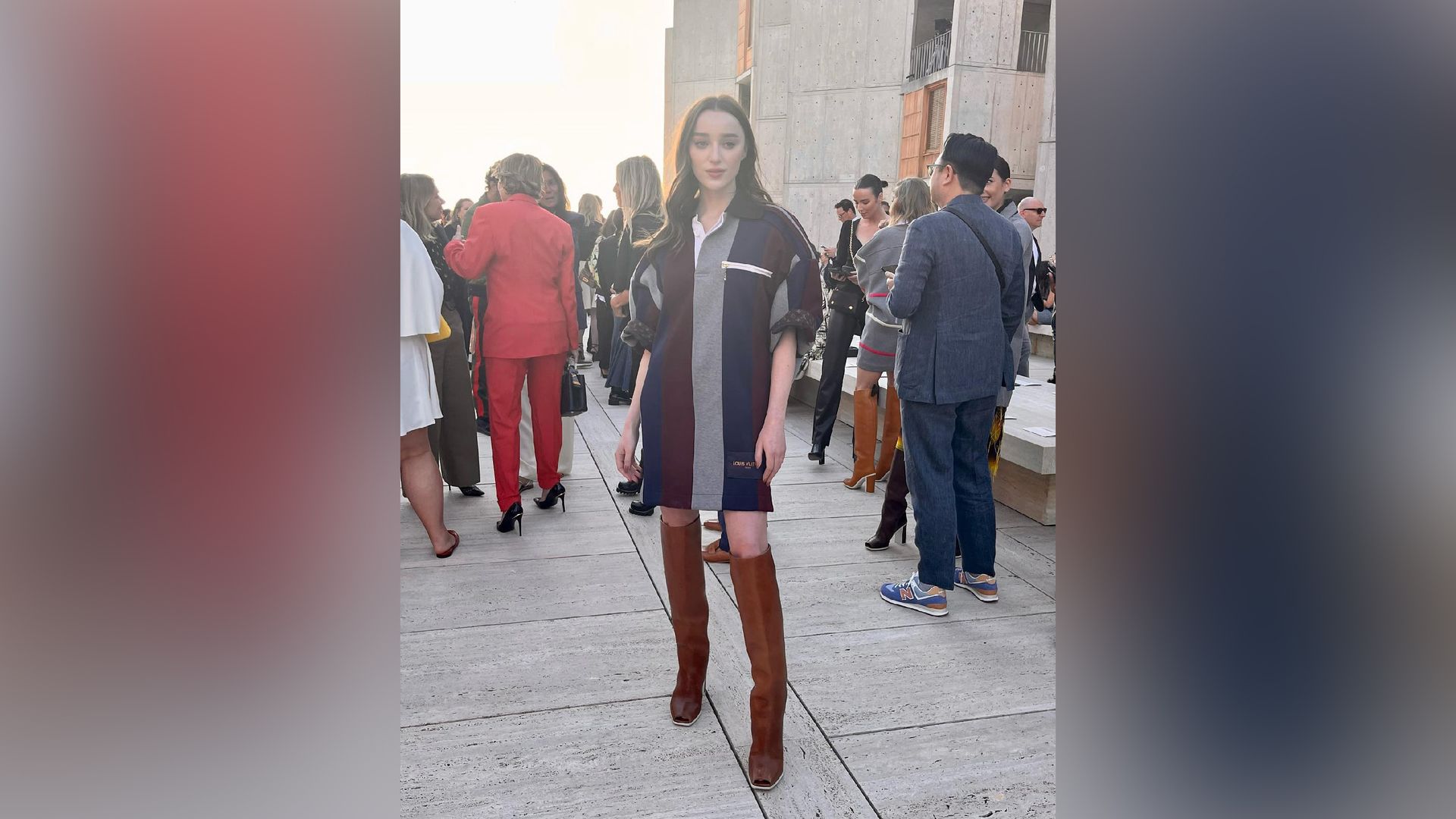 Phoebe Dynevor now
The same time, the actress finished her role in the second season of "The Bridgertons" and told, that her character will meet a new love and will have an exciting relationship. Meanwhile, showrunners were planned the filming of the next season.

Alex Lawther does he have a wife
5.8

Leonardo DiCaprio where did he study
6.0