Who is: actress, movie director, screenwriter

The red-haired Natasha Lyonne has a unique comedic talent, but there were not too many fun moments in her life. Having coped with her drug addiction, Lyonne, whose moment of fame was considered to be the role of the sex-addicted schoolgirl in American Pie, made herself seen and heard in 2019, playing the lead role in the comedic, yet sad TV series Russian Doll. Net worth: $5 million. 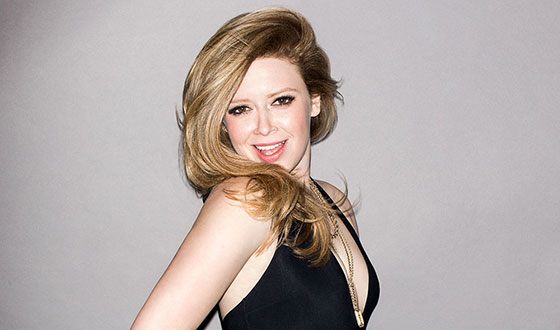 Natasha Bianca Lyonne Braunstein was born in New York on March 4, 1979, she is the youngest daughter of Ivette Buchinger and Aaron Braunstein. Both the father and mother of the actress were Jews whose ancestors were lucky to survive the horrors of the Holocaust. Aaron worked in sports advertising, while Ivette was a clerk in a law office.

When Natasha was only six, her mother took her to Ford agency, where managers were interested in the blue-eyed girl with fiery-red hair and soon the young actress participated in TV shows and played in movies. 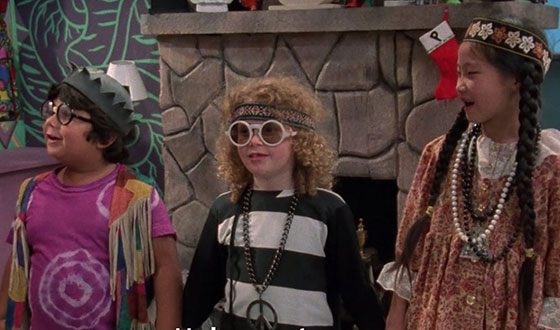 Natasha Lyonne (middle) was already starring in films as a child
Later, the actress reproached to her mother about her stolen childhood, which ended up in drug issues. { cite # It was a stupid idea, said the actress in an interview for Esquire in 2015, I was very tired and lived in constant stress, yet I was only six.#} In 1988, the family moved to Israel, Ivette and Aaron hoped that in their historic homeland they would be able to have a higher standard of living and save a marriage that was falling apart, but this did not happen, and Ivette had to return to New York without her husband. Together with the children, she settled in a small room in the Upper East Side.

Natasha and her brother went to a Jewish school, but soon the girl was expelled due to smoking marijuana and permanent non-attendance. Assuming that her daughter was in bad company, Ivette moved the children to Miami, but even there Natasha kept getting into trouble. During this period of her life, the girl appeared in the films Dennis the Menace, in which she played Joan Plowright, and in The Man Named Sarge, where Mark Singer and Gary Kröger also starred. 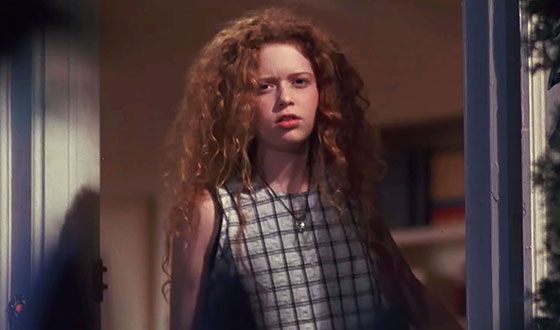 Natasha Lyonne in Dennis the Menace
Classmates secretly envied and disliked the girl who appeared in movies, making fun of her old clothes. Not waiting for graduation, Natasha dropped out of school and went to New York, where she enrolled in the School of Arts, but could not pay for her studies and never finished her education.

According to Zoomboola.com, in 1996, Natasha was cast to take part in the film Everyone says I love you in which she played Woody Allen’s character, also the film’s director. The melodramatic comedy received a Golden Globe and is considered the beginning of Natasha Lyonne's career. The film also featured Edward Norton, Julia Roberts, Tim Roth, Goldie Hawn and other stars. 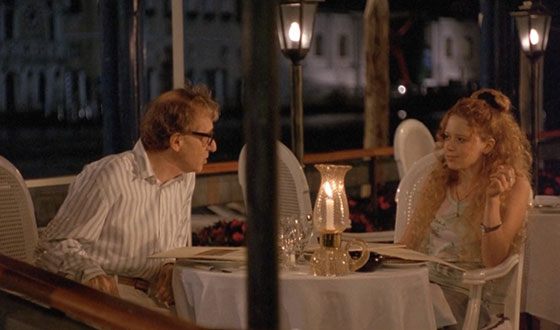 Natasha Lyonne in Everyone says I love you
In 1998, the actress played in the family movie Krippendorf’s Tribe and in the autobiographical film Slums of Beverly Hills. For her role in the latter, Natasha was awarded a special prize by the Chicago Film Critics Association.

In 2019, the premiere of the last, seventh season of Orange Is The New Black took place. After that, the project was closed.

The event of the beginning of the year 2019 was the Netflix project Russian Doll, which premiered in late January. In the series, the actress plays the role of Nadia, who again and again has to survive her own numerous deaths. Whatever Lyonne’s heroine undertakes, she is forced to die, yet the deadly groundhog day leads her to rethink her life, which was simply wasted, and meeting with a similar dead loser Alan helps her to understand the reason for her nightmare. Other stars of the series count Charlie Barnett, Greta Lee, and Elizabeth Ashley. Sad and comical, the series received exceptionally fervent reviews
Natasha Lyonne in the TV series Russian Doll
Also in 2019, several films were released with Lyonne's participation. These include "Honey Boy", "Ad Astra" and "Uncut Gems". In addition, the actress starred in the pseudo-documentary series "Documentary Now!" in a cameo role in the series Long Gone.

1999, American Pie, a comedy by the Weitz brothers, confirmed the opinion of those film critics who called Natasha a most promising young actress. In this famous comedy, she played a minor, but the very vivid role of Jessica, a sex-addict and dreamer, while Jason Biggs, Eddie Kaye Thomas, Alison Hanigan, and other teenage movie stars were Lyonne’s company on the set. 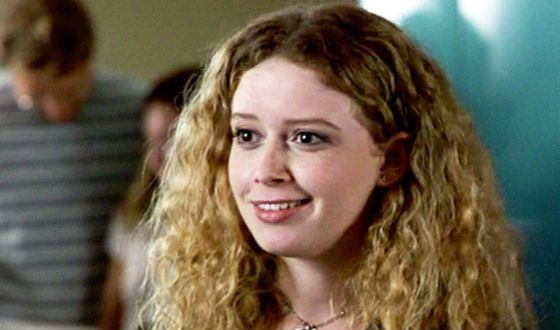 Natasha Lyonne in American Pie
Brilliantly playing the role of Christina in the musical Detroit Rock City, and Megan in the comedy-drama But I’m a Cheerleader placed Lyonne among the most popular young actors. So, from 2000 to 2005 she played in many films that would always become her next success. The actress was especially memorable for the audience in the films American Pie 2, Kate and Leopold, and in the mystical thriller Madhouse, where she starred with Joshua Leonard, Lance Henriksen, and Jordan Ladd. 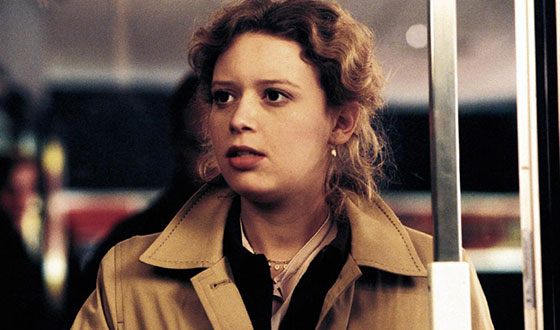 Natasha Lyonne in Kate and Leopold
The film Tricks of Love was shown at the Monaco film festival and received several awards, including the best female role which was performed by Lyonne. Also, the film featured stars like Scott Elrod and Vincent Pastore.

After a four-year break, the actress set to work with fresh forces and between 2009 and 2013 starred in the films Loving Leah, Night Club, and Girl Most Likely. 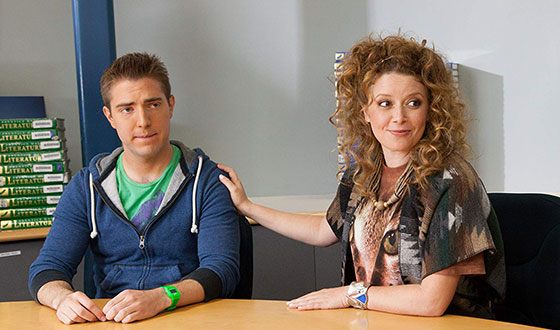 Natasha Lyonne in G.B.F
In 2013, the premiere of the first season of the series Orange Is The New Black took place, in which Natasha played one of the main roles - Nicky Nichols, a daring prisoner who was serving time for drug fraud. The series became commercially successful and was renewed for several seasons. Natasha's colleagues on the set were Taylor Schilling and Laura Prepon.
Orange Is The New Black: Trailer
Together with Dermot Mulroney, the actress played in the comedy horror-detective The Rambler, as well as in the comedy Yoga Hosers with Johnny Depp.

In 2016, Lyonne collaborated with Chloe Sevigny and Mark Webber in the horror film Antibirth and appeared in the horror drama Jack Goes Home, where she worked with Rory Culkin, Lynn Shaye, and Nikki Reed. 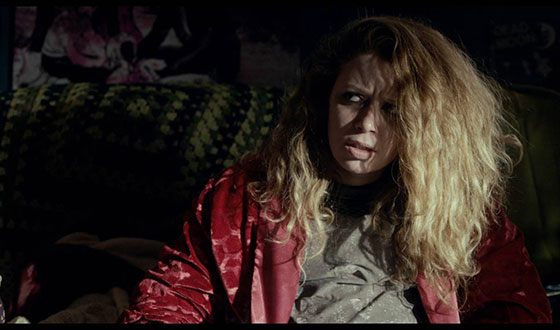 Natasha Lyonne in Antibirth
Detective comedy Handsome: A Netflix Mystery Movie, released in 2017, the audience appreciated the movie’s sad philosophical irony and the fine work done by both Natasha and Jeff Garlin, this becoming another successful role in Lyonne’s acting profile.

The media ascribed numerous affairs to the red-haired temperamental actress, but most of them turned out to just fan speculations. The actress denied rumors of a relationship with Edward Furlong and Adam Goldberg, and simply laughed at the suggestion that she had a penchant for women. Yet the other rumors about her alcohol abuse and drug addiction, unfortunately, turned out to be true. In 2004, the actress became a participant in the judicial process, after which she had to pay her neighbor about $2,000 and was forced to be admitted to a clinic to undergo drug addiction therapy. In the claim statement, the neighbor indicated that Lyonne, who was in a strangely excited state, trashed the place and, grabbing the dog, threatened to carry out sexual violence onto the poor animal. 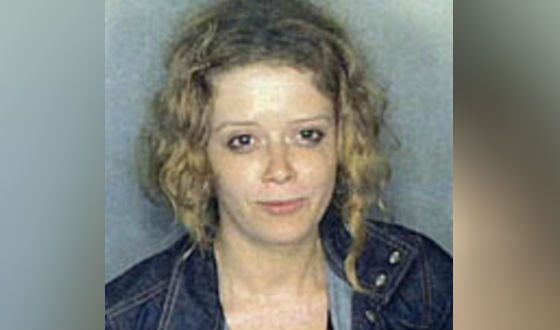 Natasha Lyonne during her drug addiction period
In 2012, Natasha underwent complicated heart surgery; she also had issues with her lungs and liver caused by the use of drugs. On Rosie O’Donnell’s TV show the actress frankly spoke about all her problems, suggesting that they were caused by psychological trauma suffered in early childhood when she had to work as a model and actress against her wishes.

The actress had a relationship and lived together with Andrew Kaufman, a journalist, and politician. From August 2014, Natasha Lyonne began to date the comedian Fred Armisen. Also, Natasha does not communicate with either her mother or her father. 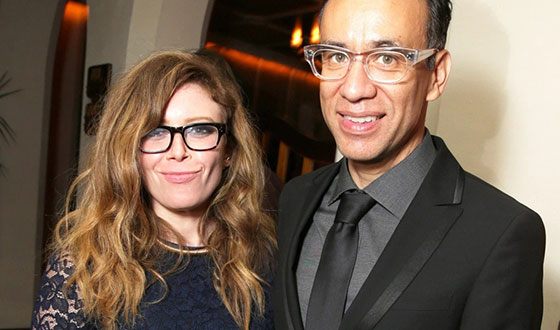 In April 2022, the long-awaited second season of "Matryoshka" was released. Natasha returned to the role of Nadia Vulvokov, forced to relive the same day over and over again, ending with her death. This season, she will be assisted by Charlie Barnett's character, and the focus will shift to the heroine's past. 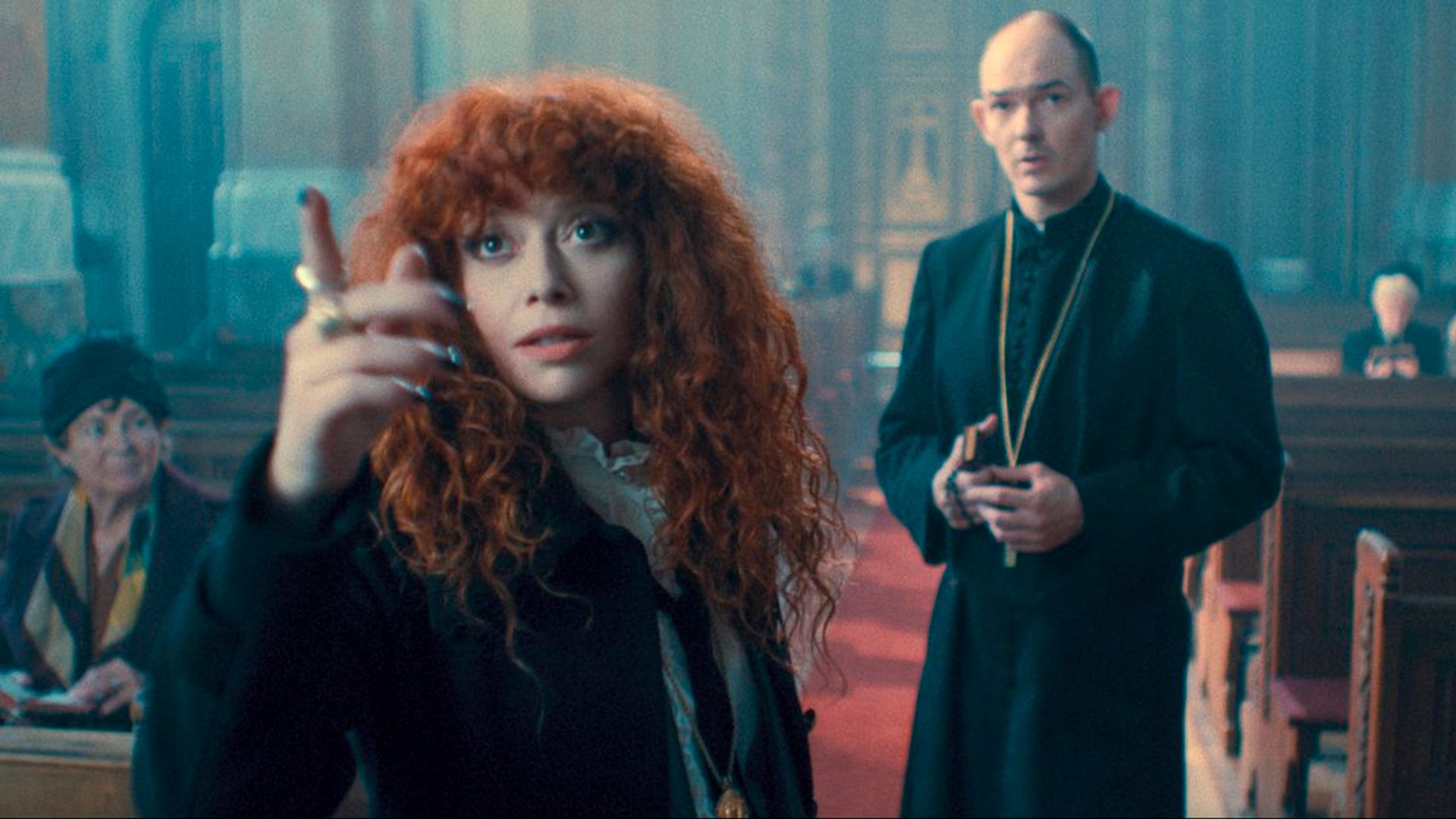 A shot from the TV series «Matryoshka»