However, when the carrier finally arrived the passenger lost her balance when picking it up and fell onto the moving carousel. She ended up riding it all the way to the airport service area. 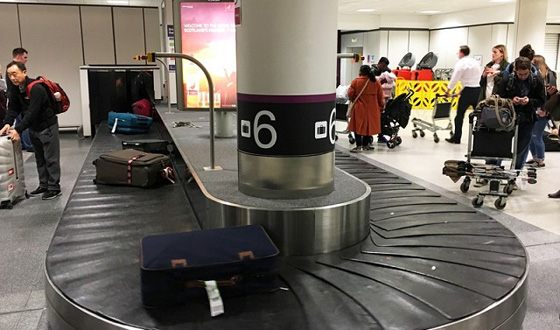 In Moscow airport a passenger took a rideon the baggage carousel
No information is available whether the woman was injured as the result of the accident. However, she had to pay an administrative fine for damaging airport’s equipment. This transpired because she was found guilty of violating the article of the Code of Administrative Offences, which concerns property damage of transportation equipment. In particular, equipment designed for transporting or storing public or private cargo or goods. The extent to which the baggage carousel was damaged has not been reported.