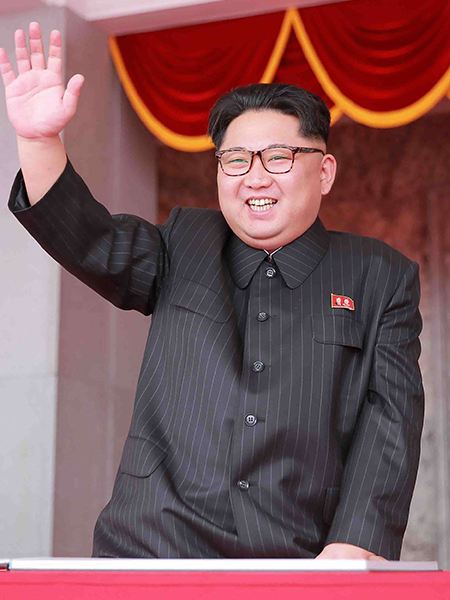 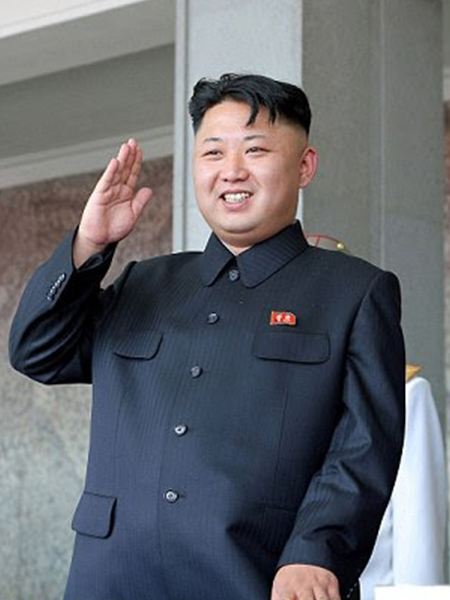 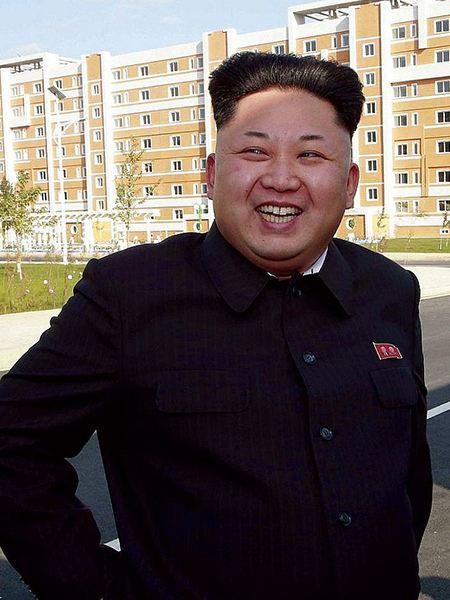 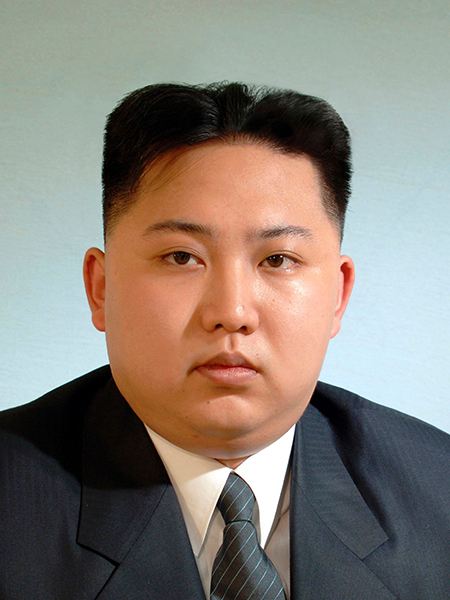 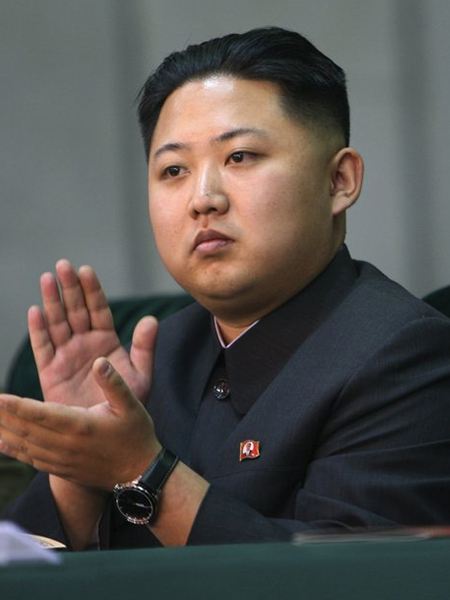 Kim Jong-un is the third representative of the dynasty of dictatorship ruling over North Korea for more than 70 years. The young politician rose to power and was preceded by his father – Kim Jong-il, who, subsequently, inherited the position from North Korea’s first leader – Kim II-sung. Hailed as a great successor to the revolutionary ideology of Juche, Kim is set apart by his principles in dealing with foreign affairs. Net worth: roughly $5 billion. 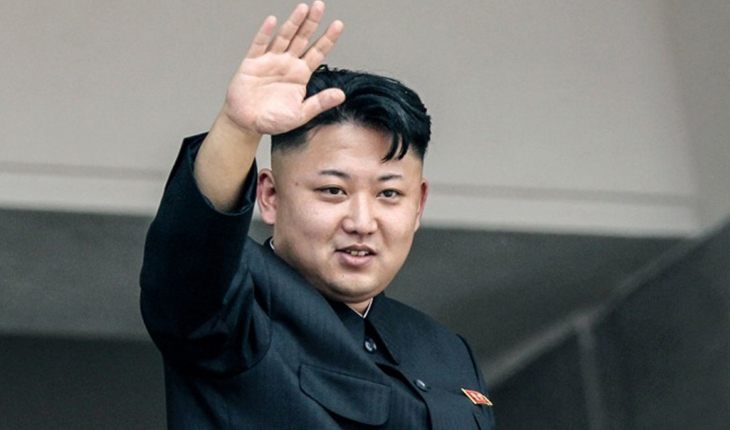 In the photo: Kim Jong-un

The official date of birth of the nation’s leader is classified. However, his date of birth (January 8) surfaced in 2014, when basketball player Dennis Rodman was invited for a game to Pyongyang, organized for the leader’s birthday. Some sources say that his year of birth is 1982, however, the agents of the South Korean Intelligence Service state that he was born two years later. 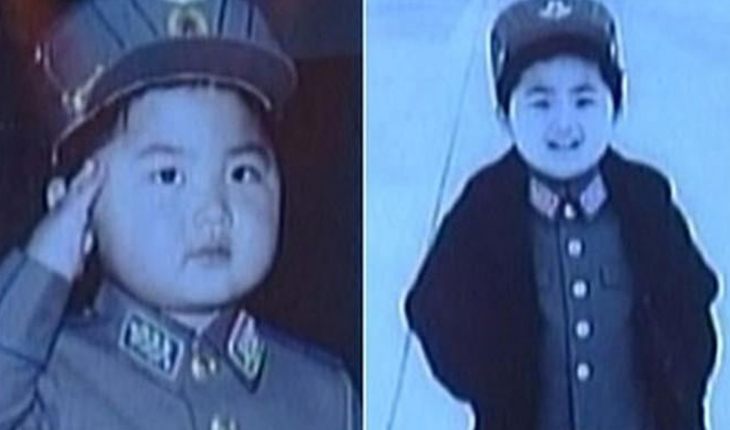 Kim Jong-un in his childhood
The son of Kim Jong-il, according to some sources, was born after his relationship with a dancer of Japanese and Korean descent named Ko Yong-hui. The name of the third partner of Great Kim was being kept a secret for a very long time, due to her not being of pure blood and due to her low status. The press called the woman “the Respected Mother, Most Faithful and Loyal 'Subject' to the Dear Leader Comrade Supreme Commander", among other poetic titles, but after her death in 2004, this information became accessible to the public. The cause of death is still unknown, but one thing’s for sure – Kim Jong-il’s girlfriend and mother of his three children died either in 2004 or 2005 in Paris, where she was living after having broken up the relationship with the Korean dictator. 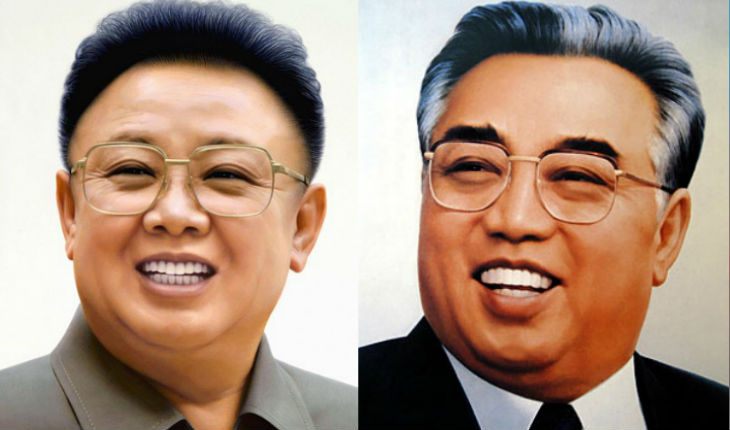 Kim Jong-il and Kim II-sung – the father and grandfather of Kim Jong-un
Accodring to Zoomboola.com, he studied in Switzerland. He was living close to his elite school under a different name, together with his staff and bodyguards, and teachers would homeschool him. Having returned to his motherland in 2002, the future politician graduated, in absentia, the university carrying his grandfather’s name, with a degree in Physics. From 2002 to 2005, he was also attending the Military Academy, also under his grandfather’s name, where he got his first military rank.

Successor of the Father of the Nation

When his father was alive, who officially bore the titles of Dear Leader, Father of the People, Shining Star of Paektu Mountain, and Guarantee of the Fatherland's Unification, Kim junior got the rank of Brilliant Comrade and was named head of homeland security. The rumors about the fact that Kim Jong-un will become the successor of his father for the post of leader of the country, were confirmed in 2009 when the information agency Yonhap published the directive of Kim Jong-il, which he published for the leaders of the Workers’ Party. 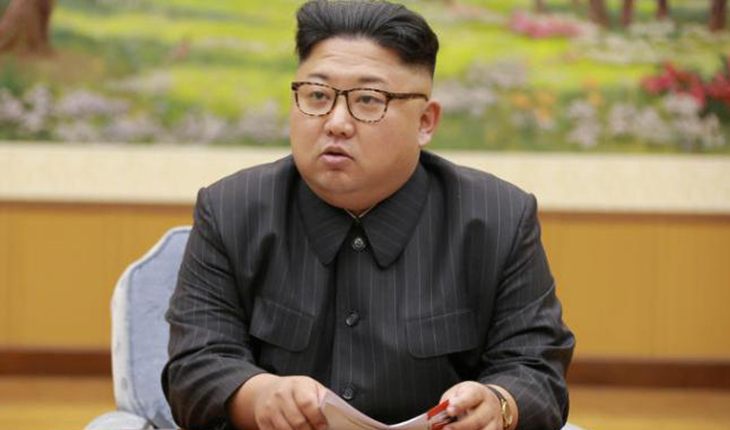 The leader of DPRK Kim Jong-il
The beginning of 2010 brought yet another rank in his arsenal – the one of General, and in the September of the same year, the portrait of Kim Jong-il was displayed, for the first time, on the first page of the country’s main newspaper Rodong Sinmun: the politician stood side by side with his father at the rally of the Workers’ Party.

During the period of a year, the young general and Brilliant Comrade Kim would accompany his father to all the public events, speeches, military parades, and training, and during official visits. 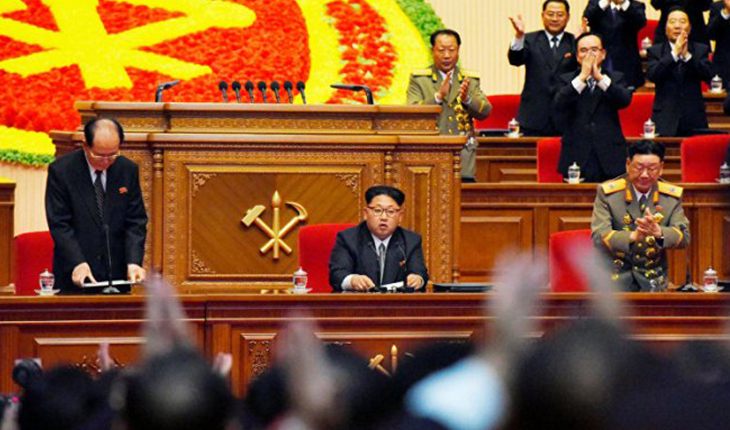 Kim Jong-un at the rally of the Workers’ Party of Korea in Pyongyang
On December 17, 2011, the leader died from a heart attack. It is only known that the Dear Leader suffered from serious vascular and immunity-related diseases and complications connected to those, as well as from diseases of the musculoskeletal system. Regardless, he was an avid smoker, preferring strong cigarettes and cigars, loved passing a shot or two of cognac, took little to no care of himself, and didn’t follow the doctors’ orders.
The life of Kim Jong-un and his wife
The press announced the passing of the Great Leader only two days after it happened, and that was the time when the name of the new leader was declared, the successor of the revolutionary ideology of Juche. At the end of December, the country’s central agency published the photo portrait of Jong-un, proudly naming him a Great Person, born in Heaven for the common good, which was the third time when this title was passed down; the first one was the Great Leader Kim (Jong-il), after his death, the leadership of the country was inherited by the Supreme Leader Kim (Jong-un). 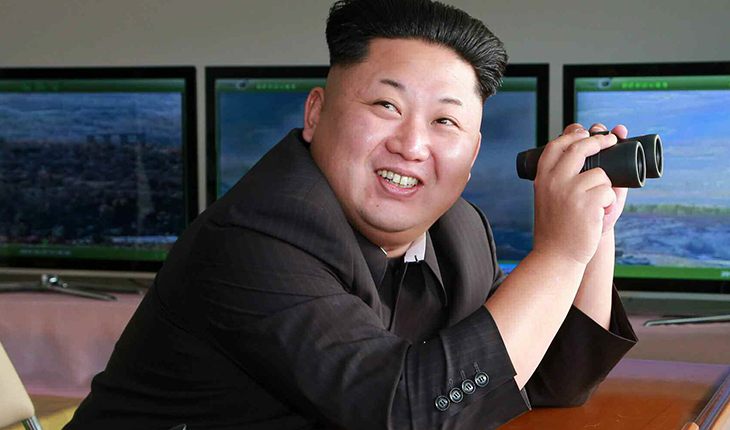 The successor of the Father of the Nation
The origin of these titles for the country’s leader dates back to the time Kim’s grandfather was ruling - the Great Commander. The praise of the national leader’s virtues peaked in the 80s when these titles were marked in bold in print.

After the official statement of the leader of the country on December 29, 2011, Kim received the title which reflects all of his responsibilities, but the press calls him, most often, Superior Comrade, as well as Dear and Respected Comrade Kim.

During the first year of Kim third’s ruling, the country made it to the list of space-faring nations, which was a breach of UN resolutions and it received negative feedback from the European Union. The nuclear tests conducted at the end of 2013 and at the beginning of 2013 were the reason behind harsher sanctions against the country, implemented from the time of Kim senior’s ruling. 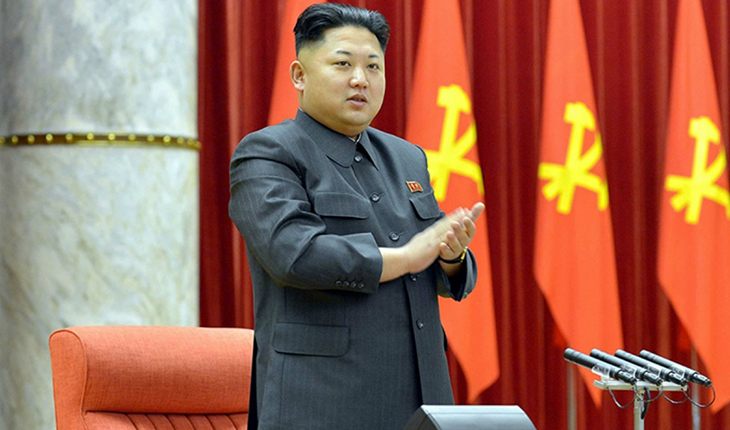 Kim Jong-un’s foreign policy is set apart by severe rigidity and refusal to compromise
The foreign policy, carried out by the young leader, is following the originally-set course of action, as intended by the founder of the dynasty, but according to historians and political analysts, this one is different due to its severe rigidity and refusal to compromise. After the launch of satellite “Kwangmyongsong”, the leader of the nation made a speech, which was also published abroad, in which he claims the right to the development of outer space for the purposes of the evolution of North Korean science and economy.

At the end of 2015, the fact that North Korea has a thermo-nuclear bomb surfaced, later on, this information was officially confirmed. In 2016 and 2017 the Koreans conducted three more ballistic missile tests, after which the Great Leader made a speech in which he stated that the tests were successful and that Korean scientists managed to create a whole new arsenal of weapons that have no match anywhere else in the world. At the end of 2017, the nuclear test site was closed, however, official sources say that they will maintain their nuclear weapons active. 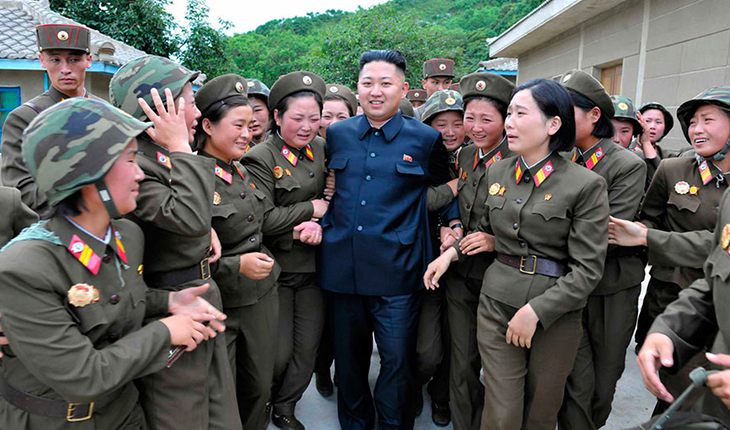 Kim Jong-un with military women in DPRK
The country’s domestic policy has only seen changes to its social and economic development, more specifically in construction, informational technology, and agriculture. Foreign investigations in North Korea have grown significantly since 2012, which lead to the increase in the number of corporations dealing with small and big private businesses and has had a positive impact on the citizens’ quality of life.

Some reforms connected to the citizens’ personal and cultural life lead to the leader’s increasing popularity, especially among women. Until 2013, women weren’t allowed to appear in public wearing jeans or pants; Comrade Kim gave the special order to cancel the ban on wearing pants, as well as that on colorful stockings and heels. Moreover, women were allowed to ride bicycles.

In the spring of 2018, Kim made a speech at a Workers’ Party rally, in which he stated his intention to make a breakthrough in the economy, to carry out a series of “high-technology measures to Juche-size, modernize and increase their research intensity”, which, according to his own opinion, will lead to even more growth of their citizens’ quality of life. 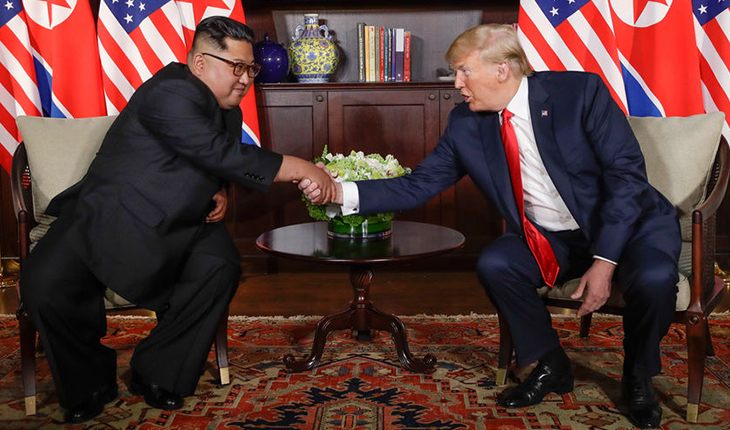 Kim Jong-un and Donald Trump
In June 2018, the historic meeting of Comrade Kim and POTUS took place, during which, preliminary agreements were reached regarding the denuclearization of the Korean peninsula, however, the second meeting in February 2019 wasn’t a successful one and no document was signed.

The young charismatic leader of North Korea is married, his wife, the graduate of the vocal department of the Kim II-sung University in Pyongyang, is named Ri Sol-ju. Her biography is also classified, however it is known that she was born between 1985 and 1989 and that she comes from an elite family. 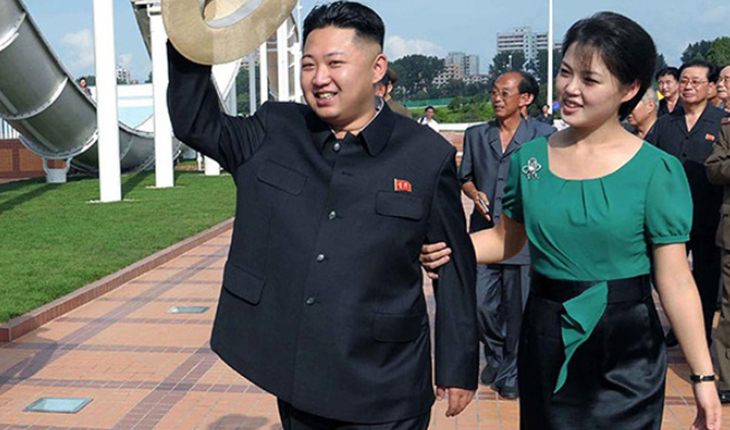 Kim Jong-un
One of the South Korean newspapers wrote that in 2010, Comrade Kim saw the girl on TV when she was performing as a singer with the ensemble “Unhasu”. Mass media first mentioned the wedding of Comrade Kim and Ri Sol-Ju in 2012, but when exactly the ceremony took place is still unknown. 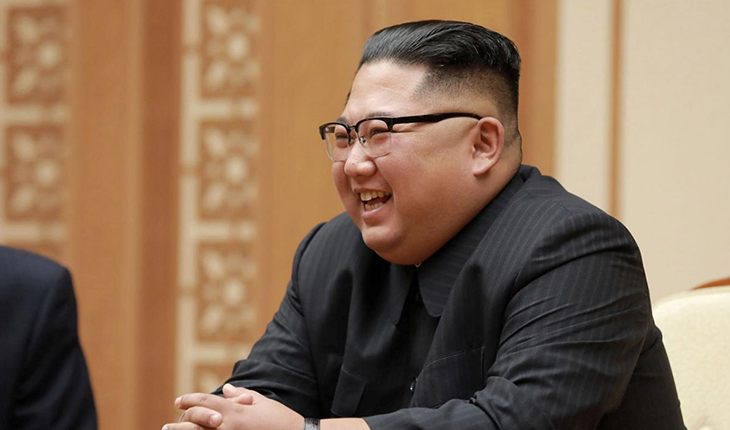 Kim Jong-un has his own share of health problems
The health of Comrade Kim is one of the leading topics in mass media, talking about his health from one extreme to another. It is known that he inherited diabetes and joint problems from his father, which is why he has to wear orthopedic shoes and stick to a diet. However, he also inherited his father’s stubbornness, which is why he smokes too and can also take a shot or two of cognac and doesn’t want to deal with his obesity; in 2012 his weight reached a peak of 120 kgs, with a height of 162 cm (the “official” height of the DPRK leader is 175 cm, but in May 2018, journalists realized that he wears special shoes to appear taller, specifically - they increase his height by 13 cm).

Comrade Kim is keen on pop culture, loves music, and follows all the sports events worldwide.

The spring of 2020 saw a significant decline in Kim Jong-un's public activity - in April, for the first time during his reign, he missed the ceremony in honor of Kim Il Sung's birthday at the Kumsusan Sun Palace. The media began to talk that Kim Jong Inu did not greet. Soon his sister Kim Yeo-Jung. was appointed to an even higher position, which made me think that she would soon have to take over.
North Korea holds a rare military parade, 2020
However, in late spring, Kim Jong-un appeared in public again. The Japanese defense minister suggested that the leader of North Korea could have moved to another country so as not to contract the coronavirus.
North Korea: Life Inside the Secret State
In 2021, according to Reuters, during a convention of the Workers' Party of Korea, Kim Jong-un announced that the country's five-year economic development plan had failed on almost all fronts. The leader of the state stressed that it is necessary to strengthen the economy on the basis of our own forces.