«The Goldfinch» is a novel by writer Donna Tartt. In 2014, she received the prestigious Pulitzer Prize for her book. The novel is named after the famous painting by Carel Fabricius, it plays an important role in the life of the protagonist of the book, Theodor Decker. 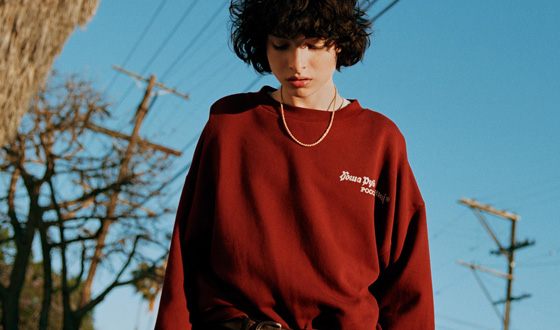 Finn Wolfhard appears in the screen adaptation of the novel by Donna Tartt
The lead role in the film will perform Ansel Elgort, while Wolfhard got the role of main character’s friend, Boris, who will introduce Theodore to the world of alcohol and drugs. Finn Wolfhard will play this character in his youth, while the role of the adult Boris will be performed by another actor.

The audience may know the young artist Finn Wolfhard, as mentioned above, for the TV series «Stranger Things.» He also played in the recent adaptation of the novel by Stephen King's «It». In addition, the Canadian actor voiced a character in the animated series «Carmen Sandiego». It will also be released in 2019. In 2018, two films with the actor will be presented, the drama «Dog Days» and horror film «The Turning».

We will add that 15-year-old actor is also engaged in music, he's the lead singer and guitarist of the Canadian independent band Calpurnia.