Vikander noted that the new «Lara Croft» should be surprising even to those fans of the heroine who are familiar with games and films about her. According to the actress, the film, which should be released this year, is largely original work.

Alicia Vikander plays a lead role In the film «Lara Croft» (in the original «Tomb Raider»). She plays a young adventurer who goes in search of her father. The film is based on the popular videogame series Tomb Raider, which is already existing for more than two decades. 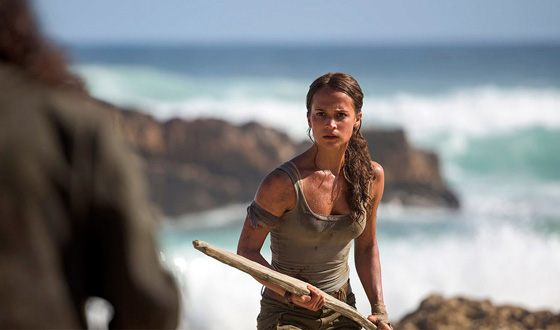 Alicia Vikander believes that the new «Lara Croft» will surprise fans
Previously, the Studio had already tried to screen the adventures of Lara Croft. In 2001, we saw the film «Lara Croft: Tomb Raider», in which the lead role was played by Angelina Jolie. Two years later the sequel of this film was launched, called «Lara Croft Tomb Raider: The Cradle of Life». Both films brought cash, although were not blockbusters. But in 2013, the series of Tomb Raider games were «rebooted», it has become more cinematic and somewhat more realistic, so the producers decided to follow the «new approach». As far they went, we will find out in March of this year.

Shannon Elizabeth how old is she
4.2