The second part of "Fantastic Beasts and Where to Find Them" will be telling about the infamous dark wizard Grindelwald (by Johnny Depp) and take place in Paris.

This time the film's authors and screenwriter Joan Rowling decided to backtrack from the traditions and move outside their native England (in the first film the events took place in New York). As in the first part, the main role in the spin-off film will play Eddie Redmayne in the image of Newt Scamander. 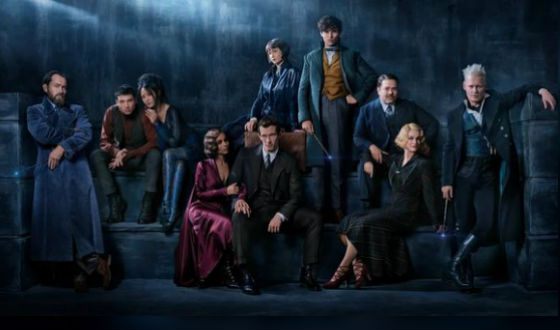 The cast of the new Harry Potter universe film
In addition, fans should wait for the appearance of actress Zoë Kravitz in the role of the mysterious Leta Lestrange (girlfriend of the main character), as well as Jude Law in the role of the young Albus Dumbledore and Ezra Miller as Credence Barebone.

It should be reminded, that "Fantastic Beasts and Where to Find Them" is a film about the universe of Harry Potter, which unfolds several decades before the events of Harry Potter. Not surprisingly, that the main characters in the series of novels didn't take part in the film.

Ellen DeGeneres who is her mother
5.2

Brenton Thwaites where is he now
5.4