The shocking truth became known when the mother took the sixth-grader Marina, suffering abdominal pain, to the clinic. Interestingly, neither the mother nor the teacher in school, where the girl learn, did not pay attention to changes in her appearance. No one could even think that she is pregnant. 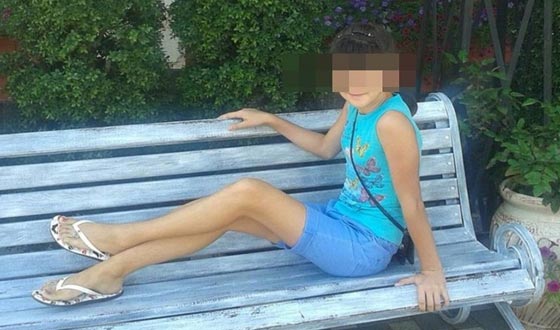 The 12-year-old girl from Adygea raped by stepdad got pregnant
A schoolgirl was raped by her stepfather – 35-year-old resident of Tajikistan, which recently lived with the girl's mother. At home the man left his own daughter he does not support relations with at all.

Currently, the investigators are looking into the circumstances of the incident. The girl's stepfather is arrested. The investigators believe that the man raped stepdaughter in the spring. Then he coerced the child to keep quiet about the incident. In the end, the girl went to the school ambulance room with abdominal pain. She was after sent to the clinic with the suspicion on appendicitis. Ultrasonography allowed to know the truth, and it turns out that abortion is too late: she was destined for birth.

Nelson Mandela who is his father
5.9