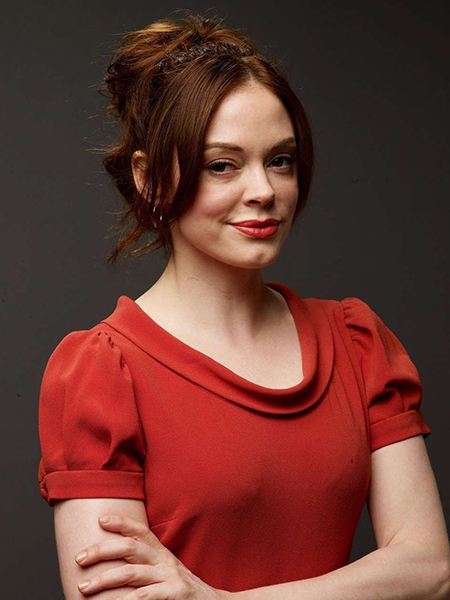 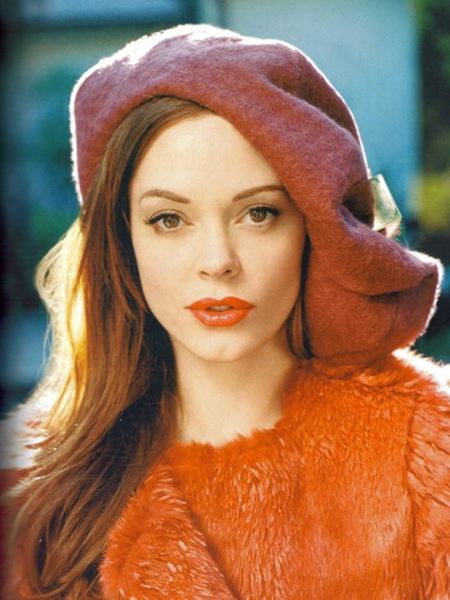 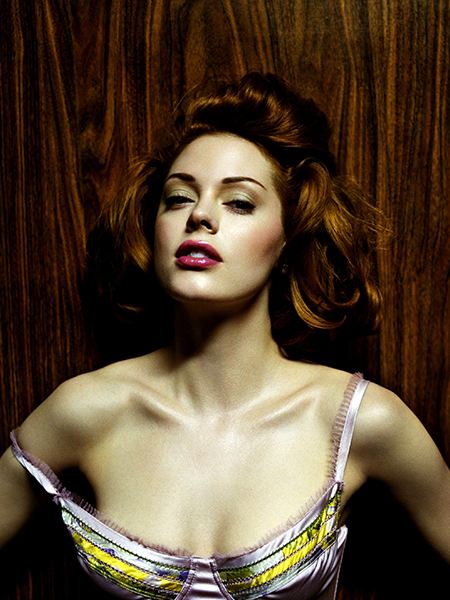 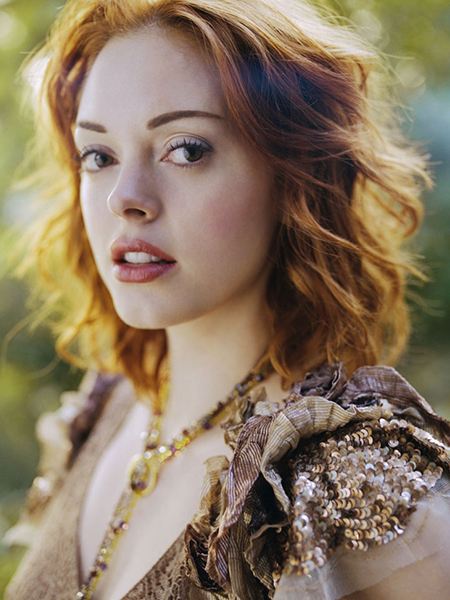 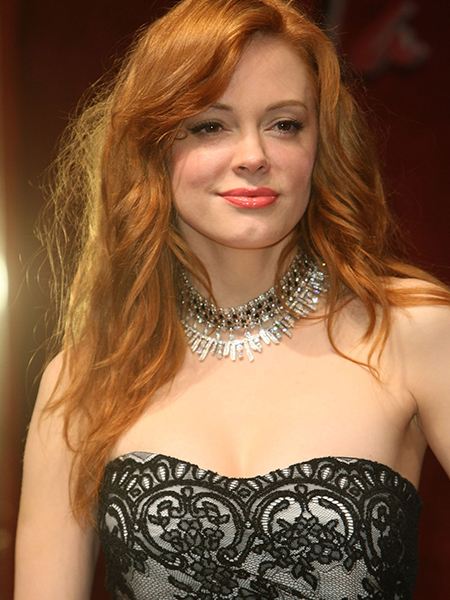 Rose McGowan is an American actress best known for the Charmed TV series. Her net worth estimated from $3 million to $18 million. 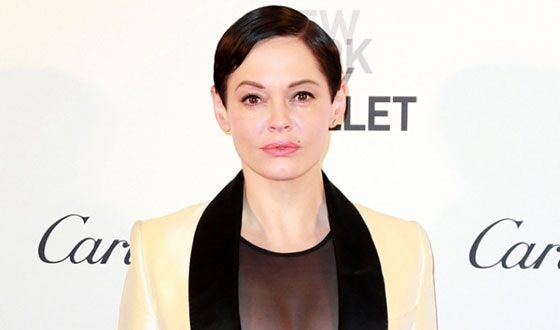 Rose Arianna McGowan was born on September 5, 1973 in the cradle of the Renaissance - Florence. Her mother Terri, a writer, had emigrated to Italy from France, and her father Daniel, an artist, from Ireland. Both parents were creative and intelligent people, so Rose and her five brothers and sisters had many hobbies and often traveled with the entire family. 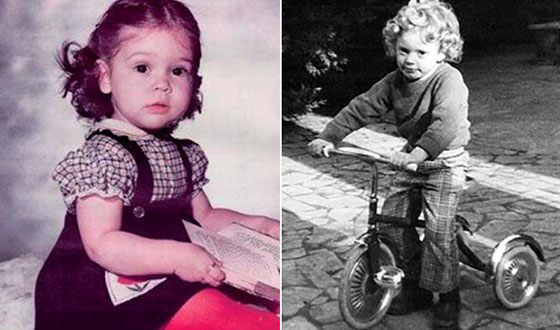 Rose McGowan in childhood
Everything changed when Rose’s father became a member of the Children of God sect. He ceased to be interested in secular life, refused newspapers and magazines, gradually turned into a hermit. The girl's mother didn’t share her husband’s views on life and divorced him. When Rose was 10 years old, she moved to Washington. 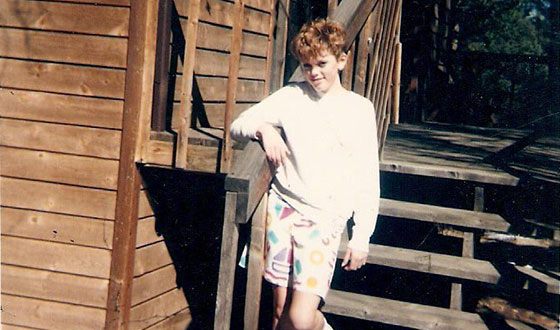 Young Rose McGowan
In America Rose quickly learned two things: English and independence, because her mother was more involved in her personal life than raising her daughter. When Rose was 14 years old, one of her mother's gentlemen accused her of taking drugs, because of which she was forcibly sent to a clinic for treatment from drug addiction. The actress herself claimed her whole life that the accusation was false. McGowan spent about a year in the drug dispensary. Once free, she emancipated herself from her parents and moved to her grandparents.

Before realizing herself in acting, Rose tried dozens of different professions. Since 16 she had worked as a waitress, a clerk, and a cashier, combining work with studies. In 1989, after graduating from high school, she entered the Seattle School of Art. 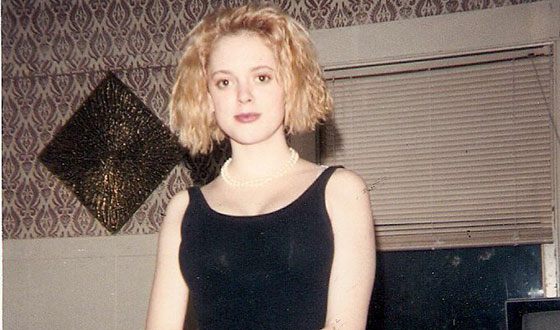 In the end Rose decided to become an actress
McGowan made her debut in cinema in 1992, starring in the Encino Man low-budget film. Two years later she was invited to play the lead role in a larger project, The Doom Generation.

In 1996 Rose played a supporting role in the Scream cult horror film. A year later she could be seen in the Going All the Way, Kiss & Tell, Lewis & Clark & George, as well as in the Nowhere fantastic comedy, where Christina Applegate, Mena Suvari and Shannen Doherty became her partners on the set. 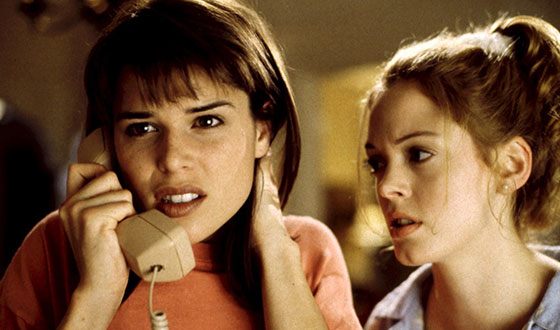 Rose McGowan in the Scream
According to Zoomboola.com, in 1999 she was awarded the MTV Movie Awards in The Best Villain nomination for the main role in the Jawbreaker picture.

Participation in the Charmed

Real fame came to McGowan in 2001, when she became a member of the main cast of the Charmed popular TV series about three witch-sisters. At that time the fourth season of the project was broadcast in the USA but the beauty Paige Matthews performed by Rose was immediately loved by the fans. 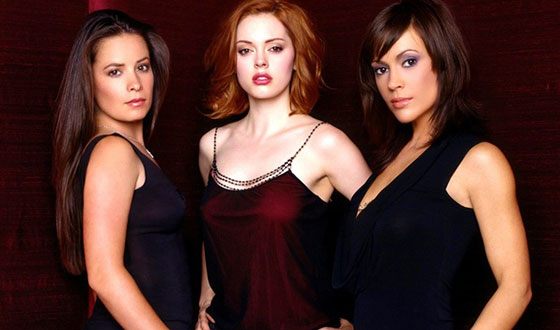 Rose McGowan in the Charmed
The entering of her character in the series took place in connection with the unpleasant conflict between Alyssa Milano, who played Phoebe, and Shannen Doherty, who played Prue. The actresses didn’t get along with each other and as a result, Milano gave the producers an ultimatum: either she or Doherty. The screenwriters had to kill Prue, and Paige took her place.

Due to the Charmed McGowan became a very successful and sought-after actress. Since 2002 she received more than a hundred thousand dollars for participation in a single series. In 2006 the series was completed.

From 1998 to 2001 the actress dated musician Marilyn Manson. During their life together Hollywood beauty has managed to commit many extravagant acts. The most memorable of them occurred in 1998, when accompanied by her gentleman, she attended the MTV Video Music Awards ceremony in a very frank dress, which caused a storm of criticism by the media. In 2001 the couple broke the engagement. 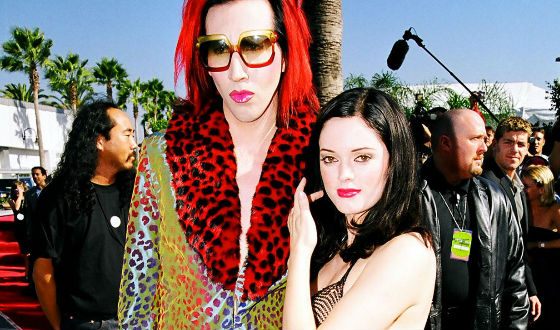 In the photo: Marilyn Manson and Rose McGowan
In 2007 the actress had an accident. Shards of sunglasses stuck into her face - traces from the accident can still be seen on her face, despite three plastic operations. 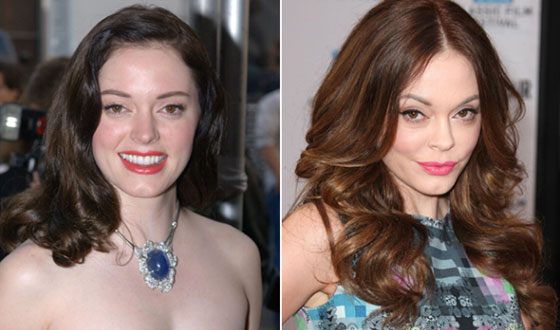 Rose McGowan before and after the accident
The same year she began an affair with the notorious thrash director Robert Rodriguez, who was related by marriage to producer Elizabeth Avellán. They met at the Cannes Film Festival, and Rodriguez, though not watching the Charmed, was impressed by Rose’s charisma and invited her to his picture Planet Terror (which was later released along with Quentin Tarantino’s Death Proof as the Grindhouse 3-hour film). 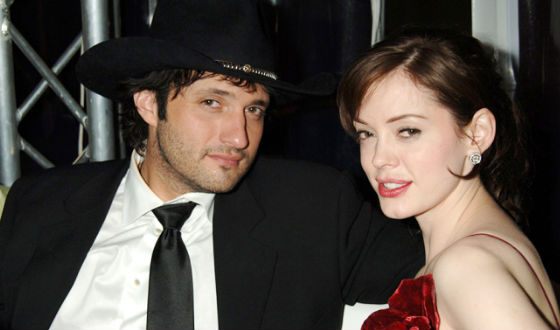 Rose McGowan and Robert Rodriguez dated, but in the end, he returned to his wife
It was McGowan who shot from the machine gun hidden in her leg in the famous scene and she also recorded three songs for the film's soundtrack. 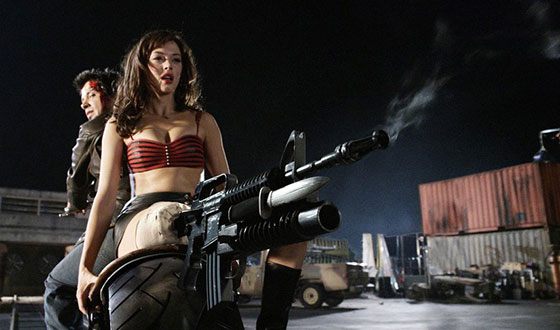 Rose McGowan in the Planet Terror
In 2009 the actress seriously injured her hand, because of what she was forced to give up the lead role in the Red Sonja blockbuster (a remake of the 1985 film of the same name with Arnold Schwarzenegger), which Rodriguez planned to shoot. After Rose’s refusal, he gave up the director's chair and passed it to Simon West, but later the project was completely frozen. 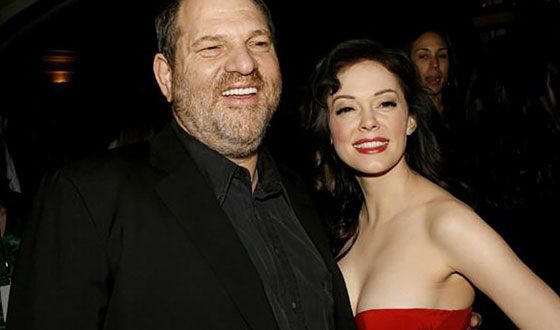 Harvey Weinstein and Rose McGowan
In addition to Red Sonja, Rodriguez planned to make two more films with Rose in the lead role, but the producers refused to coordinate the little-known actress from the long-closed series, and even with an unhealed injury. McGowan, who decided that an affair with a venerable director would open her way up, was disappointed in him and put an end to their relationship. 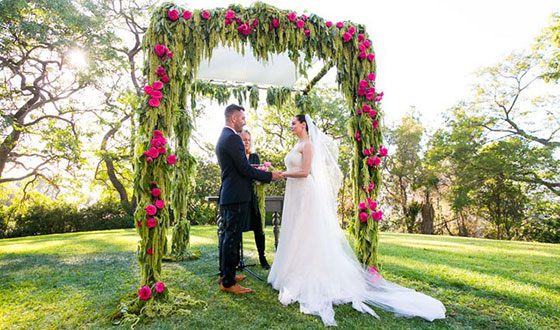 Rose McGowan and Davey Detail
In December 2017 hackers leaked her naked photos to the Web.

When a scandal erupted in Hollywood in October 2017 (the actresses massively accused producer Harvey Weinstein of sexual harassment) Rose McGowan was one of the first to claim the producer’s snouts. The Charmed star admitted that in 1997 Weinstein had raped her during the Sundance film festival and later paid off with 100 thousand dollars.

Soon the actress was accused of drug possession: she forgot a purse in the plane, where cocaine was found. Rose admits that she was thrown up the substance on the orders of Weinstein, who avenged her. The producer’s representatives called her words far from the truth. A trial of McGowan was to take place in 2018.

Currently, Rose McGowan is less likely to appear in films and release musical compositions. More often, the singer and actress shock the public with her harsh statements and statements. Also, despite her age, Rose often finds new relationships and shares their details with fans. 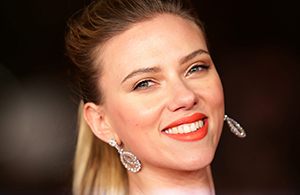 «Charmed» star Rose McGowan fell down the stairs and was hospitalized: photo 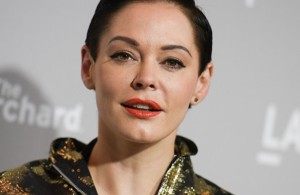 Recently, almost nothing has been heard about the actress Rose McGowan, popular in the early 2000s - the girl only occasionally shocks the audience...

Riley Keough how old is she
4.0

Elon Musk how did he became famous
6.0