Main page
World News: Wars, Politics, Economy
Marina Ovsyannikova can be locked up in prison for 15 years
Discuss
Marina Ovsyanikova ran out with an anti-war poster into the live broadcast during the recording of the evening edition of the Vremya program. She was detained by police officers. It’s unknown where she is — lawyers haven’t already found her.

On Monday, March 14, during a live broadcast on Channel One, a girl with an anti-war poster ran into the frame. Her name is Marina Ovsyannikova, she is the editor who has been working in the channel's directorate for many years. Later, her video message appeared on the Network, where she explained the motives of her act. 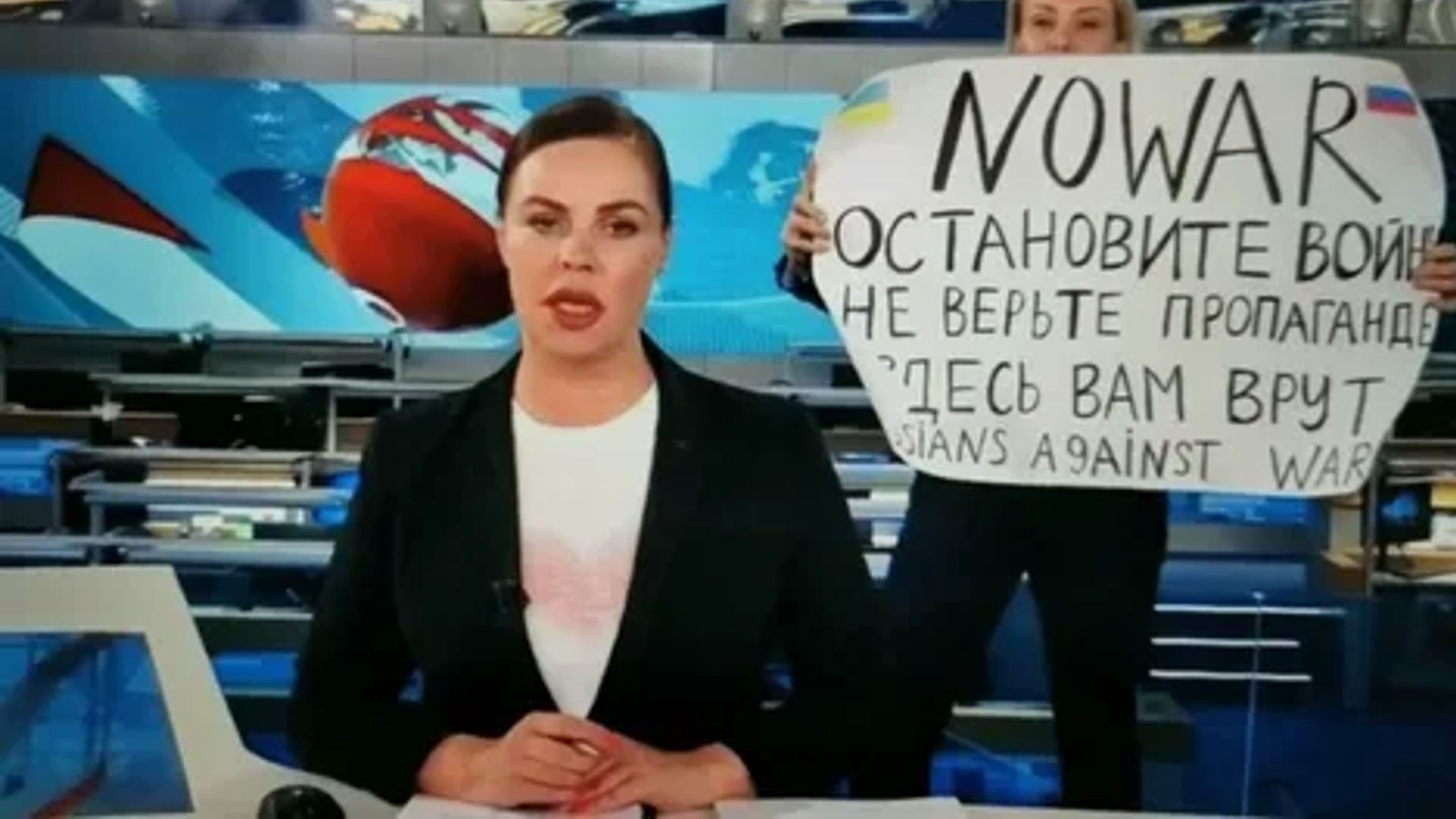 Marina Ovsyanikova with an anti-war poster
Ovsyannikova's fate is still unknown — lawyers have been searching for her all night and so far they have not been able to establish her whereabouts. According to the newspaper Baza, the directorate of Channel One held an emergency meeting to find out who put Ovsyannikova on the air.

At first, they wanted to issue only an administrative protocol for Marina, but after an emergency meeting of representatives of law enforcement agencies, they decided to open a criminal case against the journalist under the new article 207.3 of the Criminal Code of the Russian Federation "Public dissemination of deliberately false information about the use of the Armed Forces of the Russian Federation". The maximum penalty provided for in this article is 15 years in prison. During the next address, President of Ukraine Volodymyr Zelensky personally thanked Ovsyannikova for her heroic act.