Main page
Celebrity News
Helena Bonham Carter and her mother Elena: how can grief make you live?
Discuss
1
Helena Bonham Carter firmly decided that she would become an actress at the age of 13. It was not a rosy teenage dream: she had to learn to take care of herself and start earning. And that's why.

When Helena was five, her mother had a nervous breakdown - the woman was unable to cope with the death of her father. According to Bonham Carter, "the mother constantly had a dream that she was eating her father - she cuts him up and eats him." The therapist, whom the woman eventually approached, suddenly asked: "So what does it taste like?" The nightmares that tormented the mother for three years then stopped. 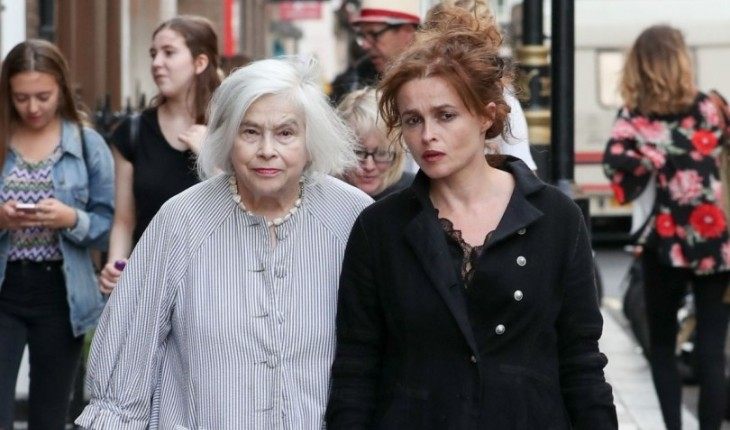 Helena Bonham Carter and her mother Elena
When peace reigned in the family again, trouble overtook Helena's father. In 1979, Raymond Bonham Carter was diagnosed with acoustic neuroma, a benign tumor in the cerebral cortex. The surgeon operated on the man for six hours, trying to save his facial nerve, but after the operation, Raymond suffered a stroke, due to which he was partially blind and paralyzed. The family was sorely lacking money: the mother had unlearned to become a psychotherapist and was just beginning her career. Helena and her two brothers even dropped out of college to help Elena cope with this situation.

“I was determined to achieve self-sufficiency. I thought that I could become happy after all this, ”said Bonham Carter. At the age of 17, the girl managed to achieve her goal - she got the main role in the teenage series "Pattern of Roses", after which she was able to declare herself in the cinema and provide for her family. This is how the formation of the actress began, who later occupied a very special niche in the cinema. Raymond was chained to a wheelchair for 25 years until he died in 2004. The mother of the actress, at almost 90, is still a practicing psychotherapist. “Grief is not always negative,” says Helena. “Mom always felt that her nervous breakdown was a gift. She became a real example of how to get out of depression with dignity." You can see what the mothers of other Hollywood actresses look like in the photo selection from editors of Zoomboola.com.

Sam Rockwell who is his mother
5.6