Main page
Celebrity News
Steve Jobs and his daughter Lisa: how the legendary man`s unloved child lived?
Discuss (1)
Steve Jobs is considered one of the smartest and most ambitious business leaders of our time, but his personal life was far from ideal. It all started in my youth. Before leaving school, Steve fell in love with his peer, the young hippie Chrisann Brennan. So much so that he decided to run away with her from the parental home and settle in a hut in the mountains of California.

Their five-year romance was a tumultuous one - they learned Zen, experimented with drugs, and hitchhiked. This would have continued further if Chris had not given birth to baby Lisa in 1978.

Jobs refused to acknowledge the child and even hired lawyers to collect evidence of Chris's allegedly promiscuous lifestyle. The man stated that "28% of the male population in the United States could have been Lisa's father," but the DNA test dotted the I's. Steve already had the money for lawyers - then he just presented an early version of the Apple Lisa computer. For the next 20 years, he pretended the name was just a coincidence. 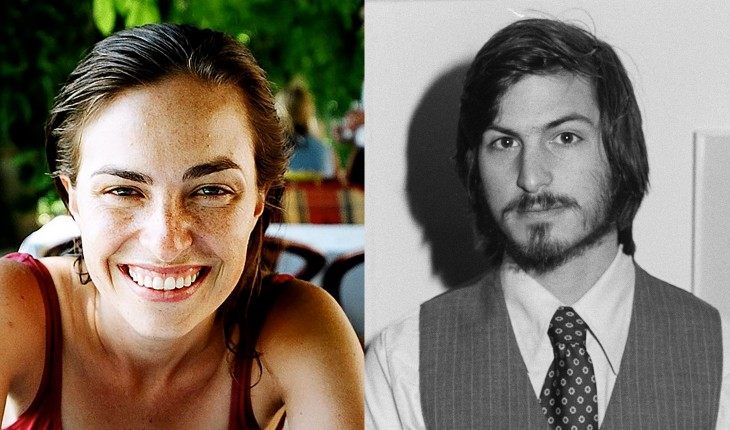 Steve Jobs with his daughter Lisa
Steve was caustic, irritable, and overly strict with his daughter, who did her best to melt his icy heart. He rudely joked that Lisa would become a stripper, ridiculed her friends, and openly caressed his wife in front of the child. Jobs bought a house for Chris and Lisa, paid child support, and even forked out for the girl's education at Harvard. However, money did not compensate for his father's love. “I wanted a little warmth, tenderness, and attention. I wanted to be his little star. I wanted him to ask: "Well, how was your day?" Dad from a young age got used to everyone's attention ... but he did not know how to behave with me, ”Lisa later said. Finally, their relationship warmed up shortly before the death of a businessman in 2011. Jobs admitted that he shouldn't have behaved that way, but "then he was not ready for fatherhood." Lisa even got a substantial part of Jobs' multimillion-dollar inheritance, although the man-made such a decision with great difficulty. Find out how daddy's daughters of other Hollywood stars look like from the photo selection from editors of Zoomboola.

Channing Tatum where does he live
6.0

Josh Brolin does he have a wife
4.7