Main page
Celebrity News
Arnold Schwarzenegger: How Simple Dreams Lead to Absolute Success?
Discuss
Arnold Schwarzenegger strives to achieve the absolute in everything he does, and, in his own words, always chooses the most ambitious goals. That is why he managed to become a great athlete, a famous actor, one of the most honest governors, and also a loving father who sets an excellent example.

Even though the actor was born into a dysfunctional family and had problems with his studies, he still managed to find himself: Arnold became interested in bodybuilding and at the age of 20, thanks to intensive training, Schwarzenegger became the youngest “Mr. Universe”. Over the next 10 years, he continued to play sports and improve, winning prizes in competitions, and after completing his career he wrote "The New Encyclopedia of Modern Bodybuilding", which became a guide for modern bodybuilders.

Thanks to his success in bodybuilding, Arnold easily got a role in the legendary "Terminator". Participation in the filming brought him wild success: Schwarzenegger showed millions of viewers a toned athletic body, after which the directors began to actively invite him to action films, and the actor's career took off. Schwarzenegger managed to star in comedy films, performing roles in Junior and Christmas Present. 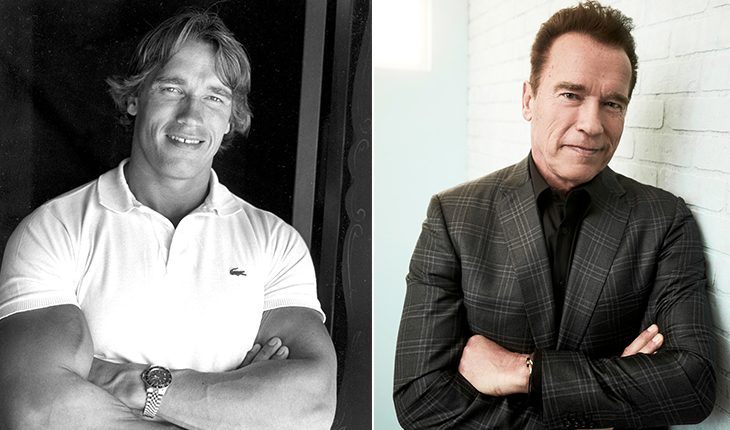 Arnold Schwarzenegger in his youth and now
In 2003, Schwarzenegger, as a staunch Republican with an active civil position, managed to become governor of California. Even though in this path Arnold had to face powerful opposition and criticism, he was able to be elected for a second term. Schwarzenegger struggled with the budget deficit in the state, and by 2011 was able to significantly improve the financial situation of California, cutting the state's debt almost 3 times - from 57 to 19 billion dollars.

Arnold Schwarzenegger is the father of five children. Many of them (Christina, Patrick, and Christopher) followed in their father's footsteps and became actors. Schwarzenegger also influenced the fate of his illegitimate son, Arnold, Joseph Baena - the young man also became interested in bodybuilding. By the age of 20, he became a copy of his father and built up abundant muscles. 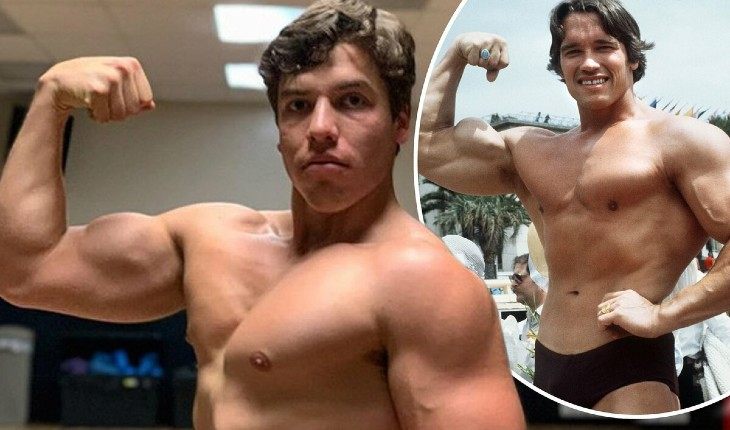 Schwarzenegger's illegitimate son, Joseph Baena, at 20
One way or another, Schwarzenegger manages to leave a mark in any area that he touches. Having already exchanged his eighth decade, Arnold Schwarzenegger has taken place as a bodybuilder, actor, politician, and even formulated several principles that help to get his way in any business - in his opinion, ambition, goals, and perseverance will always help to achieve what he wants. You can see how other Hollywood actors have changed over the years in this photo selection from Zoomboola.

Cillian Murphy who is his father
6.0