Main page
Celebrity News
Kanye West is offside: how do celebrities succeed in politics?
Discuss
In July 2020, rapper Kanye West once again recalled that he plans to take the chair of the US president after the upcoming elections. Famous colleagues supported him, fans were delighted, and experts have already begun to build theories about the innovations expected from the rapper.

After 10 days from one of the participants in the election campaign of West, it became known that the rapper had sharply changed his plans and would not participate in the elections, and his team had already been disbanded. Thus, the rapper again abandoned his political career, which he repeatedly tried to build. The reason why Kanye abandoned his plans became a mystery, however, the haters suggest that the rapper was afraid of the responsibility of the post and the complexity of the election race. 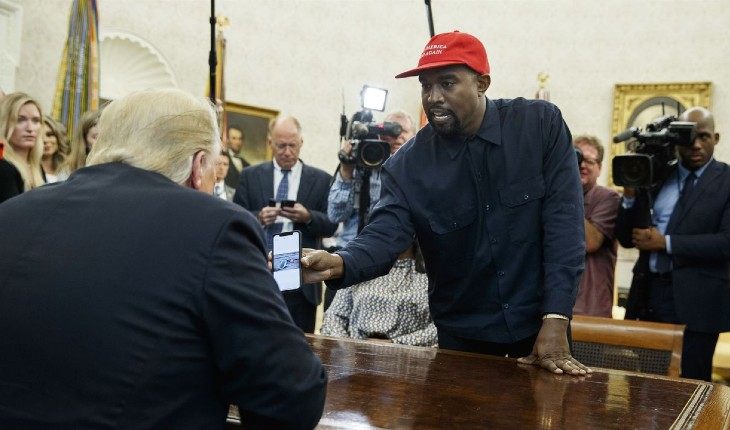 Kanye West refused the election race
If West nevertheless tried himself in this field, he could join several successful political artists, one of whom was Ronald Reagan. At the time of the election in America, the future president managed to star in more than 50 films and be remembered by the country as an outstanding actor. However, in 1981, Ronald became the 40th president of the United States, remaining in power for 7 years. Arnold Schwarzenegger was able to prove that employment in the cinema does not interfere with a serious political career - despite the busy employment in the cinema, the artist always found time to express his civic position, and in 2003 became governor of California. Also, the current president of Ukraine, Vladimir Zelensky, was also known for most of his career as an artist and comedian. However, a few years before being elected president, the artist began to take serious steps in politics. Popular sympathy and the role “native to the heart” of the role from the TV screen help Vladimir win the hearts of the country's citizens. Perhaps, Kanye West could charm voters with the same method. There are many cases in the history of the world show business when television stars managed to advance to significant posts and express their civic position. Kanye West also has a chance, but according to fans, the rapper should be a little more decisive, and after numerous statements in 2015 and 2020, still try to enter the election race.