Main page
Interesting facts
Top 5 attractions for true thrill-seekers
Discuss
Do you love living on the edge? Or, perhaps, you are more on the reasonable and quiet side and prefer to stay away from dangerous areas? Zoomboola.com will tell you about five attractions you should visit if you are after an authentic nerve-wracking experience.

Tourists all over the world are dying to explore Pripyat, despite the high levels of radiation in the 30-kilometer Chernobyl exclusion zone. Fans of HBO’s historical drama mini-series Chernobyl, urban explorers and ordinary people looking for some adrenaline rush all gather in this area. Although on the day of the notorious accident, the level of background radiation was around a million micro-roentgen per hour, today this number dropped to meager two hundred. The area is still uninhabitable, but it is quite possible to spend a couple of hours there without significant detrimental effects on one’s health. 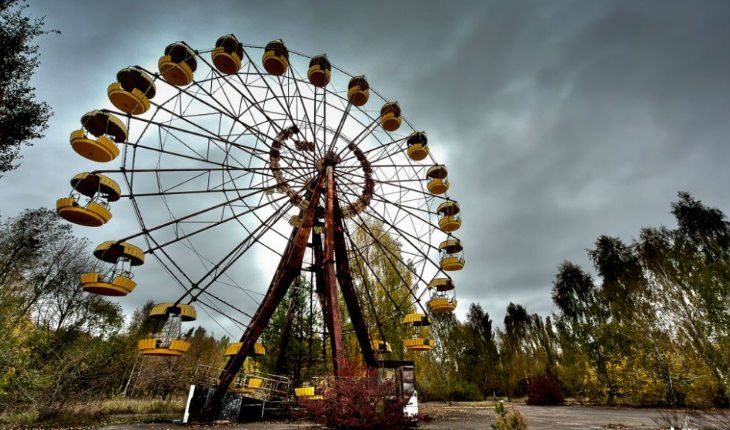 Ferris wheel in Pripyat
Even though the opportunistic guides have prepared relatively safe routes, where radiation dosimeters show low readings, the same readings go through the roof with just a few steps away from the trail.

Every experienced mountain climber knows that he is putting his life in great danger by climbing the world’s highest mountain – Chomolungma, most commonly known as Mount Everest. The mountain peak’s prominence above the sea level is almost nine kilometers. This altitude is famous for its destructive hurricane-force winds, night-time temperature drops to -60 degrees Celsius, and the oxygen concentration in the air which is not sufficient for human life. 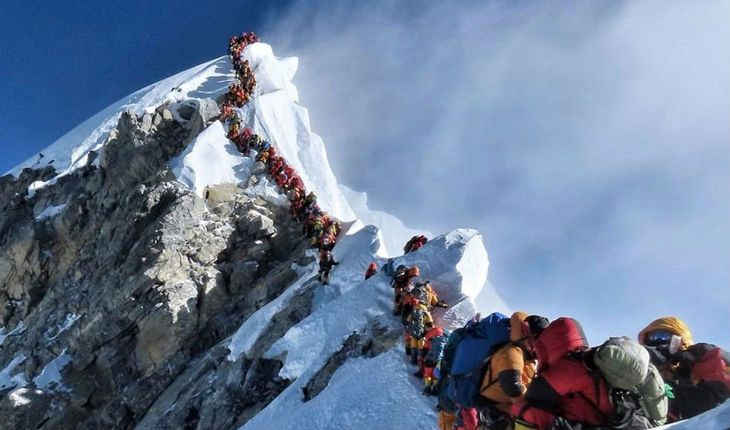 A line to Everest's peak
The list of people who died climbing Mount Everest or attempting to do so has already exceeded 300 people as of today. Ten people died in spring of 2019 while waiting in line to advance up the mountain. What makes the whole situation even more unsettling is the fact that it is especially difficult to bring the bodies back down from the mountain, so many of them are forever left in the exact place and position they died in!

In 2016, a Chinese province Zhangjiajie introduced a new tourist attraction – a glass-bottomed skywalk bridge, measuring 430 meters in total length and 6 meters in width. The bridge connects two mountain cliffs and is located 300 meters above the ground. Its designed daily traffic is 8 thousand visitors a day with only up to 800 visitors at a time. The architects guarantee absolute safety if these conditions are met. 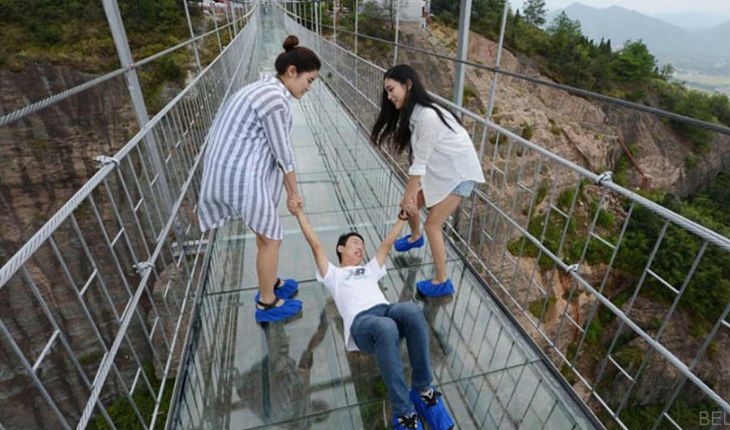 Zhangjiajie Glass Bridge
However, they came up with a wicked attraction that will knock the living daylights even out of those with the nerves of steel. Certain areas of the bridge suddenly begin to crack with a distinctive vivid noise right under your feet! In reality, these cracks are nothing but the pictures on built-in displays while the sound of cracking glass comes right from the loudspeakers. But in the moment of pure terror can you actually be sure that the bridge is not falling down for real?

Out of the three active volcanoes in Hawaii, Kīlauea is considered to be the most active and devastating one. Yet, it is one of the greatest tourist attractions of the island. Its most recent eruption that took place in 2018 has finally shown the full destructive power: scorching lava covered more than 40 hectares of land, burning everything and everyone in its path. The eruption itself was accompanied by earthquakes, fissures, ash plumes, poisonous fumes, and volcanic glass particles flying out of the crater. Despite the constant real danger of new eruptions, tourists don’t even think of leaving Hawaii any time soon. 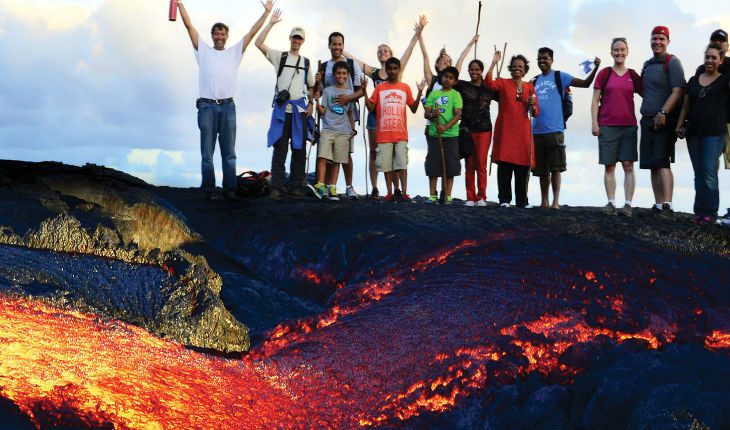 Geysers and untouched, pristine nature are the main two attractions of Yellowstone National Park. Despite numerous warning signs at the entrance of the park, which prohibit approaching the geysers, many ignore them and pay for carelessness with their own lives. It is remarkably easy to slip and fall right into the boiling water, which contains acids capable of completely dissolving the body of the human boiled alive. Yellowstone geysers killed 22 people over the last 150 years with the last death occurring in 2016. 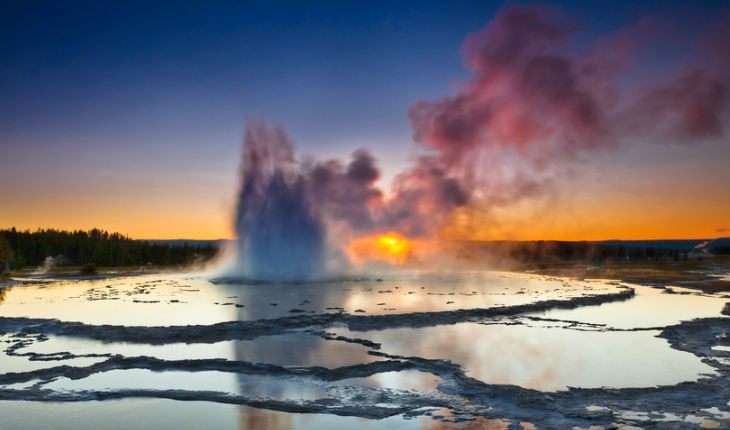 Yellowstone geysers are pretty dangerous
However, the national park's guests might face other threats, including wild animals, suffocating fumes, poisonous plants, and the greatest threat of them all – the dormant supervolcano underneath the park. Although the volcano is considered sleeping, its seismic activity has been increasing since 2014: geysers become more and more active while animals flee from the park in large numbers.