Saoirse Ronan is an Irish actress who rose to popularity at a very young age thanks to her immaculate performance in such movies as Atonement and The Lovely Bones. Despite being at the very beginning of her career she already managed to score three nominations for Academy Awards, the most important award you can think of, for her roles in Atonement, Brooklyn, and Lady Bird. 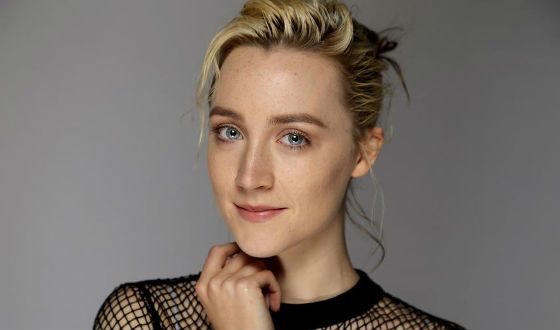 Saoirse’s father, Paul Ronan, born in Manchester and her mother Monica (nee Brennan), born in Ireland. They met each other, got married, and settled down in a small town Cabra in south-west Ireland. At the end of the 80-s country was torn apart by the economic crisis and a family of bartender and nanny decided to move to the USA looking for a better life. There, in crowded The Bronx borough of New York City, on April 12, 1994, they gave birth to their only child – Saoirse Una Ronan.
Saoirse means freedom in Irish, Una - little seal
In the USA Paul started to attend multiple castings and was able to score a couple of roles in A-class movies, such as The Devil’s Own with Harrison Ford and The Boxer with Daniel Day-Lewis. The Devil’s Own also starred legendary Brad Pitt who meet Saoirse, at that time merely a toddler sitting on her father’s lap. 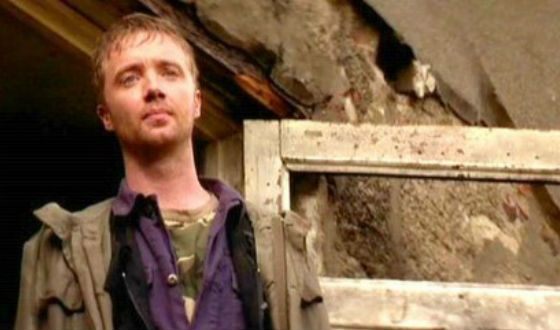 Paul Ronan in The Devil’s Own
In 1997 Ronan's family had returned to Ireland – this time with one extra member. At first, they settled in Dublin but later moved to the south-east of the country, to Ardattin, County Carlow. Paul continued to pursue his movie career but was unable to secure anything better than a few secondary roles. Although he failed to develop his career further, he managed to acquire the necessary industry experience to pass along to his daughter. 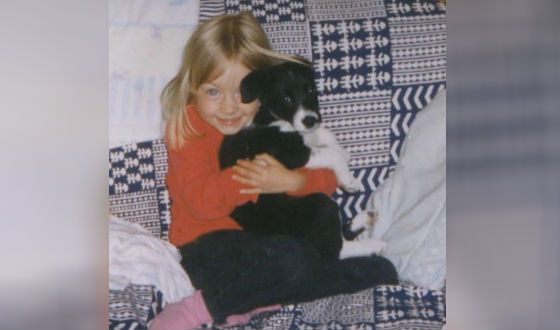 Young Saoirse Ronan with her best friend – border collie Sassy
9 years old Saoirse made her debut on TV in prime time Irish medical drama series The Clinic. Her character, Rhiannon Geraghty, appeared in four episodes. Just a year later young actress took a role in detective mini-series Proof. At the same time, she tried out for the role of Luna Lovegood in Harry Potter and the Order of Phoenix but eventually lost it to Evanna Lynch. 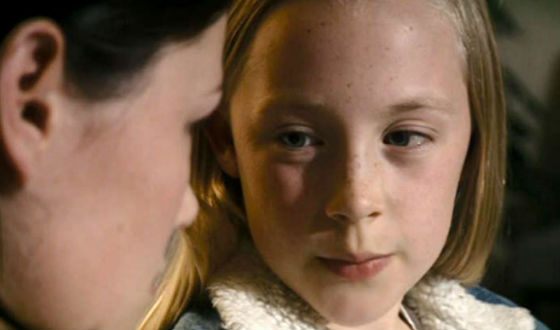 First TV appearance of Saoirse Ronan in The Clinic series
Around Saoirse’s twelfth birthday, her family returned to the Dublin area, settling in a villa near Howth village. 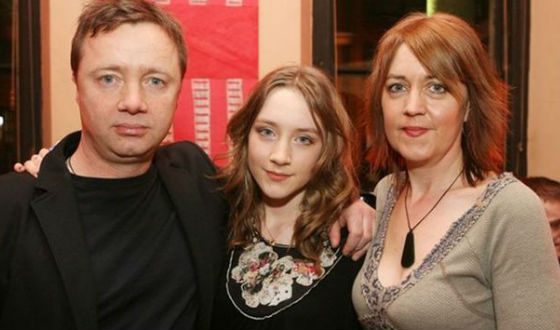 Saoirse Ronan with her parents

Saoirse Ronan’s rise to the top started in 2005 at the beginning of filming of American romantic comedy film I Could Never Be Your Woman starring Michelle Pfeiffer. Thanks to Saoirse’s immaculate portrayal of the daughter of an unhappy and insecure screenwriter and producer, the young actress was noticed by many American directors. 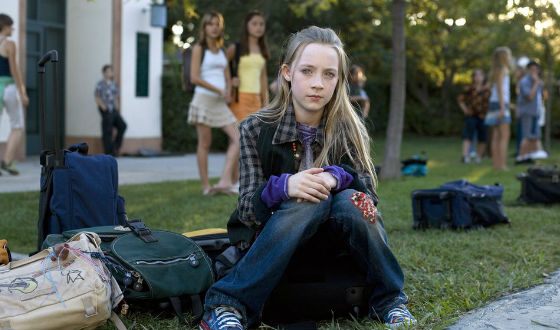 Young Saoirse Ronan in I Could Never Be Your Woman
Bright girl with a pronounced Irish accent and long blonde hair caught an eye of English director Joe Wright. Luckily enough, he was looking for an actress for his new film Atonement, on the role of Briony, wunderkind and aspiring writer, who falsely accused her sister’s lover of a crime. Her work in Atonement was described as following:
Saoirse Ronan gave us the sort of child rarely seen in films. Her Briony Tallis was neither a bad seed nor a clamoring cutey-pie. Instead, she was pensive, watchful and complicated; wise beyond her years, though crucially not quite wise enough to read the nuances of adult sexuality.
Partnered with Keira Knightley and James McAvoy, she performed masterfully and was able to shine bright in with such renowned cast. Saoirse Ronan received an Academy Award nomination in Best Supporting Actress category as well as nominations for Golden Globe and British Academy Film Awards and, even though she was unable to score any of them, such an acknowledgment of her talents was already a huge success. 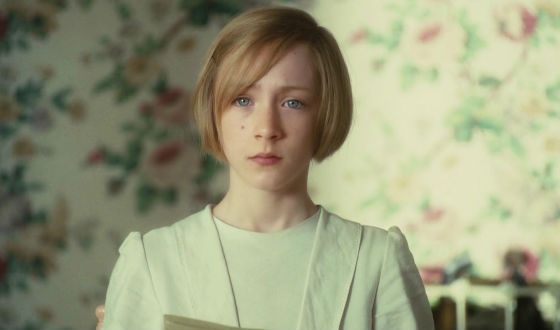 Saoirse Ronan has received an Academy Award nomination for her portrayal of Briony Tallis in Atonement
Despite the newfound fame, Saoirse remained an ordinary and simple kid; she still enjoyed sitting on a river shore or on a couch in front of a TV, play with her border collie Sassy, spend time with friends, and plays basketball. However, Saoirse had to switch to home education. "Some of the students were, you know, mean. But when your schoolmates recognize you before they've met you, and the teachers do too, it can make things very awkward and difficult," she has said.

In 2009 famous director Peter Jackson has invited Ronan to star in his new movie called The Lovely Bones, based on a bestselling novel of the same name by Alice Sebold, joining already established cast of Stanley Tucci, Rachel Weisz and Mark Wahlberg. {img#images/content/2018/3/uzn_15208573224.jpg Saoirse Ronan as Susie Salmon in The Lovely Bones} The movie, as well as the book, was winning the public with its uniqueness. 15 years old Susie Salmon, presented by Saoirse, dies at the hands of a serial maniac pedophile at the very beginning of the movie. Later, throughout the film, she watches over her family and relatives from the afterworld and helps them soothe the pain of their loss and find her killer.
The Lovely Bones trailer
Needless to say, actress parents, as well as Saoirse herself, were not exactly happy to participate in such a movie, but eventually, Peter Jackson managed to change their minds. The movie received mixed reviews from the critics (according to them, the film’s plot was significantly less dramatic than that of a novel), however, Saoirse’s performance was praised almost unanimously. Ronan received nominations for Saturn Awards, British Academy Film Awards and Critics Association Awards. 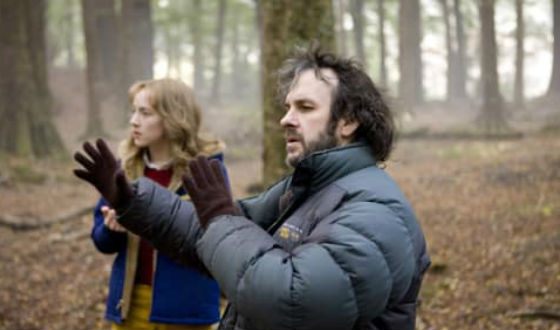 Saoirse Ronan and Peter Jackson
In 2010 The Way Back movie by Peter Weir Saoirse Ronan, an actress who already made quite a name for herself, got a role of an orphaned teenage Polish girl. Her character, among other prisoners, is trying to escape 1940 soviet Gulag, walking nearly 4000 miles to India. For this ambitious project, Ronan teamed up with Colin Farrell, Jim Sturgess and Ed Harris. 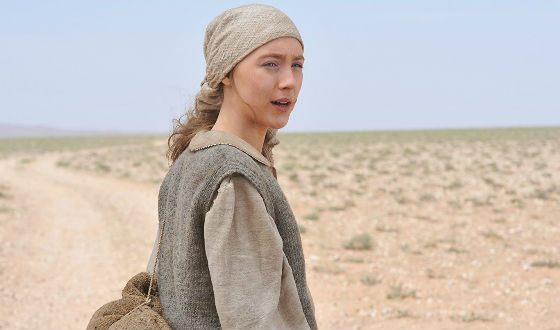 Saoirse Ronan during the filming of The Way Back
2011 brought Saoirse another movie with Peter Weir. This time actress starred in his action-adventure film Hanna, along with Eric Bana and Kate Blanchett. Even though Ronan was not familiar with the action movie genre, she was able to present a character of 15 years old blonde killer, hiding from chasing her federal agencies. 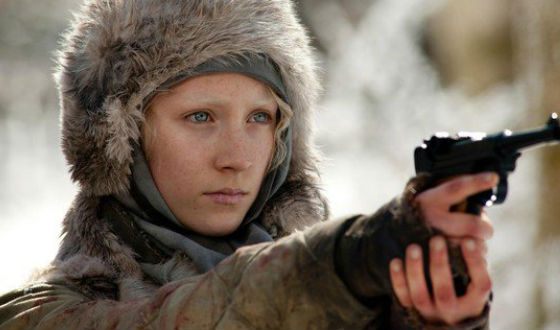 Saoirse Ronan in Hanna: Adapt of Die
It is a well-known fact, that young actress was in talks with Peter Jackson, who wanted to see Saoirse as an Itari in his Hobbit saga. At first, Ronan accepted the role, but right after the beginning of the filming, she had to quit the cast due to the location of the movie – New Zealand. If she was to the work with a famous director she would miss out on another movie such as comedy crime drama Violet and Daisy, vampire horror Byzantium and romantic sci-fi The Host. The same circumstances forced Saoirse to drop out of the cast for Anna Karenina, with the role of Kitty passing over to Alicia Vikander.
A lesson of the Irish accent and an interview by Saoirse Ronan for The Host movie
In 2014 Saoirse Ronan made an appearance in Wes Anderson The Grand Budapest Hotel along with Ralph Fiennes and directorial debut of Ryan Gosling – fantasy movie called Lost River. The Grand Budapest Hotel was the first project, in which actress was not accompanied by her parents; before that her family was always around her no matter the country or place of her work. 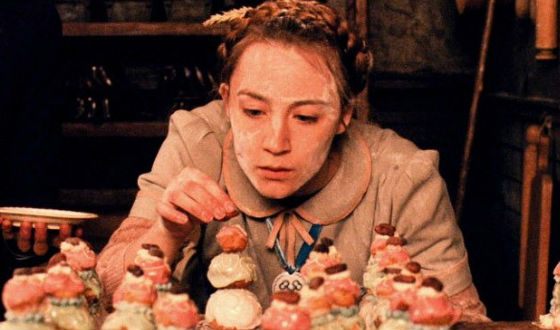 Saoirse Ronan as Agatha in The Grand Budapest Hotel
In 2015 Saoirse Ronan moved to New York City. In this period of time, she appeared in two incredibly important for her career movies: Stockholm: Pennsylvania and Brooklyn. The first movie is a psychological drama about a girl, stolen from her family. Found 20 years after the kidnapping, she has to adapt to the changes and life around her. The second film based around a story about young Irish immigrants, who fled to Brooklyn looking for a clean slate. At first, this character was supposed to be portrayed by Rooney Mara but was passed to Saoirse later. 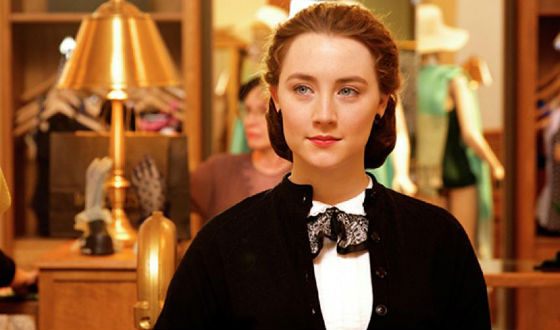 A shot from Brooklyn
Work in Brooklyn has brought yet another Academy Awards nomination for Saoirse. Once again the prize was snatched from under her nose by another actress - Brie Larson for her performance in Room. Ironically, the plot of Room movie was suspiciously similar to Stockholm: Pennsylvania one. 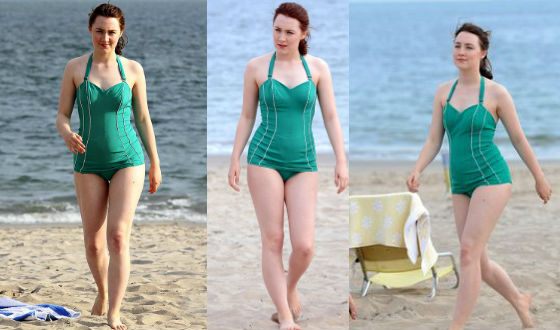 Saoirse Ronan in a swimsuit
In 2018 Saoirse Ronan managed to score a third Academy Awards nomination for her incredible performance in American comedy-drama film Lady Bird (2017). Film’s plot is based on a story about a young girl from a country town, who is unbearably tired of the insensitivity of the people around her. She dreams of escaping this city and her life, but her family is poor and can’t provide her with any financial, nor emotional support. But everything changes when a boy from the upper-class family falls in love with her. 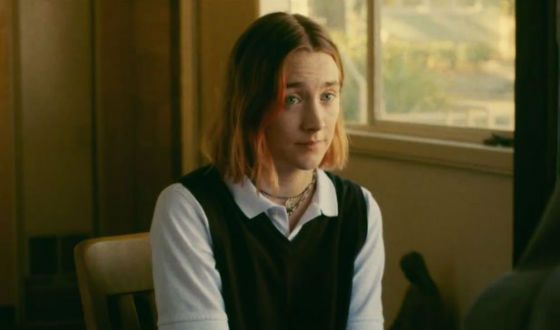 Saoirse Ronan in Lady Bird
Even though Saoirse Ronan once again missed out on an Oscar (this year it went to Frances McDormand for her role in Three Billboards Outside Ebbing, Missouri), she managed to lay her hand on Golden Globe for the first time in her career. 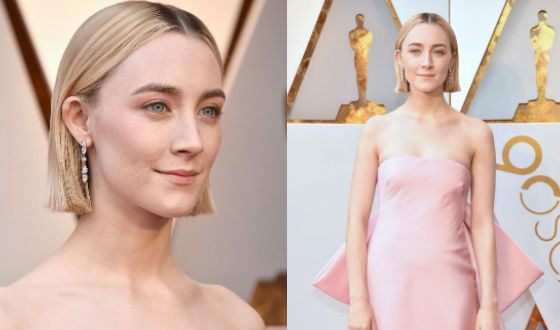 Saoirse Ronan's attire on 2018 Academy Awards
Later on, in 2018 Saoirse portrayed Nina Zarechnaya in Michael Mayer’s drama The Seagull based on a play by Russian writer Anton Chekhov.

Saoirse is a relatively reserved person and prefers to keep her life away from the eyes of the public. However, some details about her personal life are known. For example, in 2013 Saoirse was spotted with her first boyfriend – British actor George MacKay. They met each other on How I Live Now movie set. 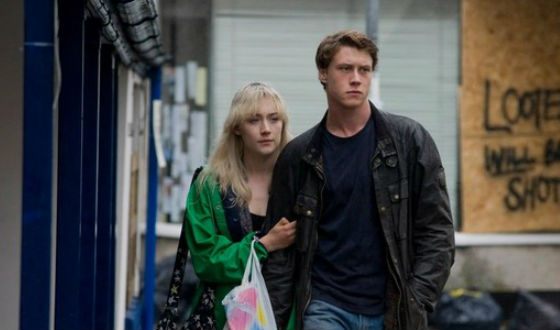 Saoirse Ronan and George MacKey
It is unknown, what happened between two actors, but the relationship ended as quickly as it began. George has refused to bring light to the cause of their separation; Saoirse noted that she prefers to be alone. Later that year, the actress had a short affair with another British actor Max Irons. 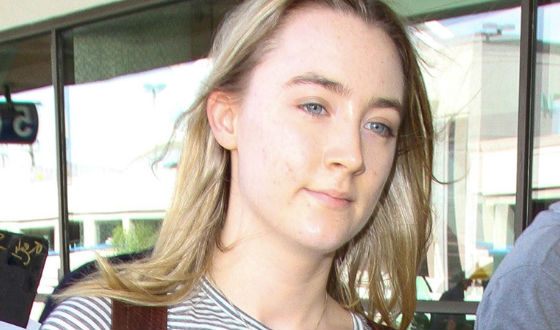 Saoirse Ronan without makeup
In May 2017 tabloids reported on a relationship between Saoirse Ronan and Irish singer Hozier, who is three years older than an actress. The couple has never appeared together on public events, but paparazzi managed to catch them around the music festival. They had to issue an apology later since it turned out that Saoirse Ronan and Hozier are just good old friends. 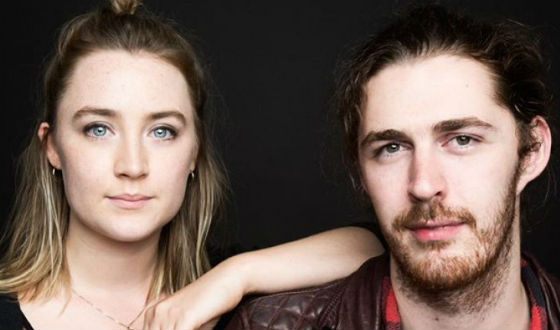 In 2019, Saoirse starred in the movie "Little Women" based on the work of the same name by Louise May Alcott. The actress played the role of Joe. Also in 2020, the premiere of the film "The French Dispatch". 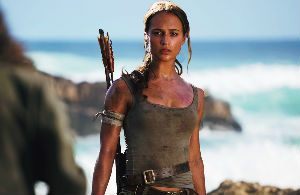 Everyone knows that women сan show considerable strength and endurance in critical situations. There are many examples of this: from Joan of Arc to...
1
183
Read more
Hollywood actors and actresses as kings and queens 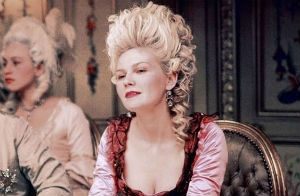 Playing real people is a special responsibility: there is always a risk to offend the memory of a famous person or to arouse the anger of his or her...
7
26852
Read more
Life stories