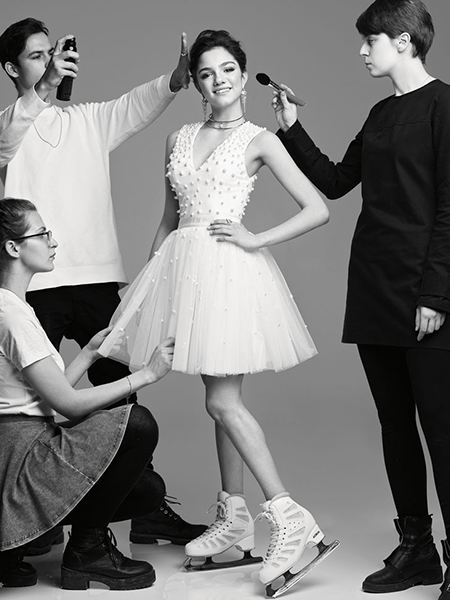 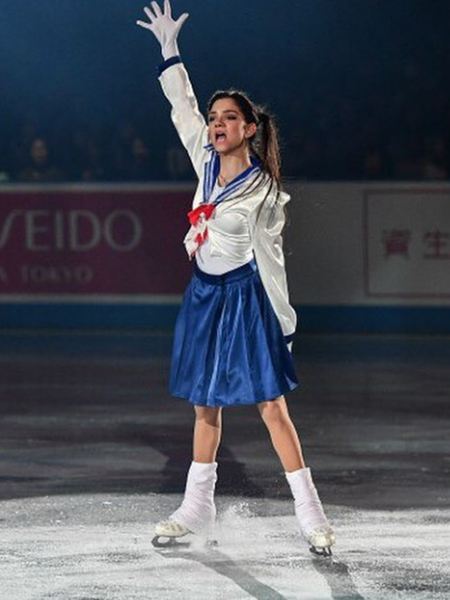 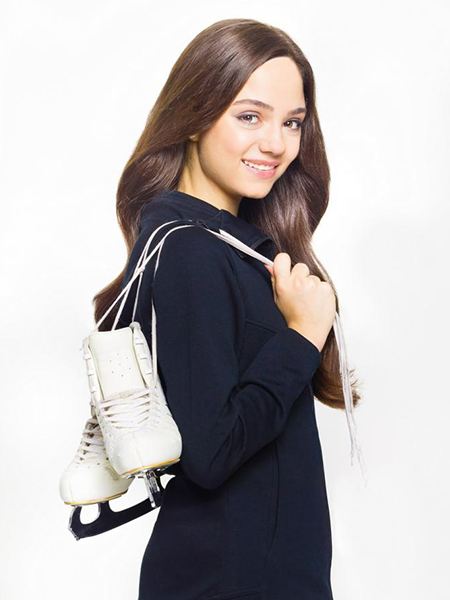 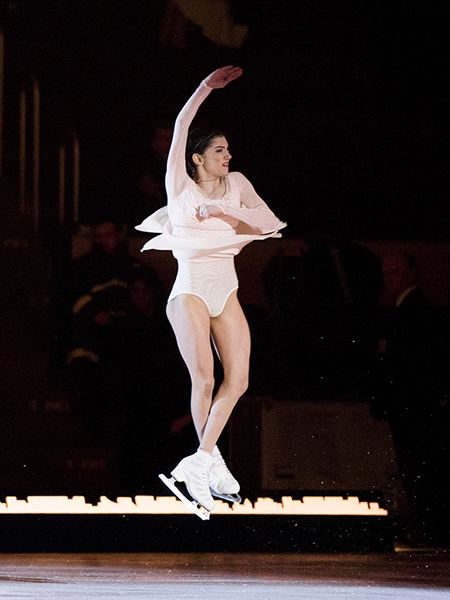 Who is: sportswoman, female ice skater 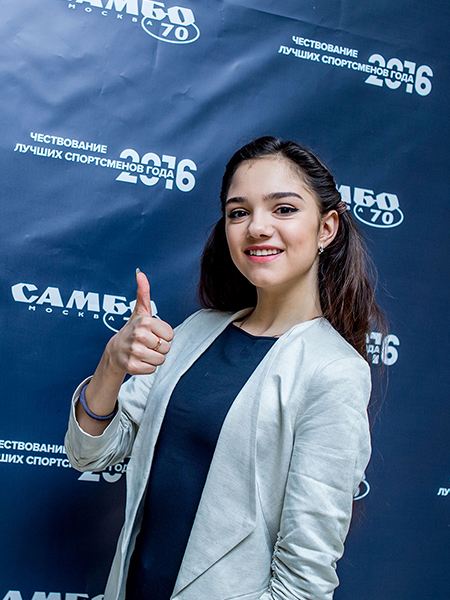 The name of a figure skater Evgenia Medvedeva appears regularly in the media. The young sportswoman conquers the sports peaks persistently. In the list of her achievements there are golden and bronze medals, the titles of the champion of Russia, Europe, and the world in single skating. She also established the world record in a team championship in figure skating (80,85 points). 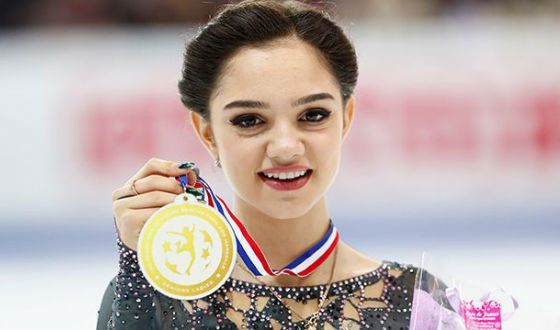 A figure skater Evgenia Medvedeva is the hope of the Russian team
In 2016, Eugene took the ninth place in the rating of the International Skating Union, and a year later she took the first sport achievements

The daughter of a figure skater. First steps toward success.

Evgenia Armanova Medvedeva was born on November 19, 1999, in the capital of the Russian Federation. Her father is Armenian Arman Babasian, an individual entrepreneur. The figure skater took the surname from her grandmother on the maternal line. 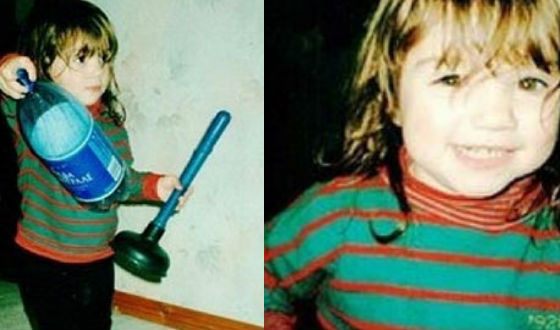 Evgenia Medvedeva as a child
It was her Mom who decided to attach the girl to the sports – for she had been seriously too interested in figure skating in her past. The girl herself took pleasure watching the performances of her namesake Evgenii Plushenko on TV. So Zhenia was taken to skate classes when she was three years old, and her first trainer was Lyubov Yakovleva. Later, the trainer took maternity leave, and the talented figure skater passed under the supervision of Elena Selivanova.
The performance of Evgenia Medvedeva as an 8-year-old
The promising young girl began to study and had to forget about normal children's entertainment. A coach, ice skates, ice, and endless training replaced games and girlfriends for her. But Evgenia did not even think to complain. Apart from skating that already had become the most important thing in her life, she loved to draw, but she critically lacked time for that. 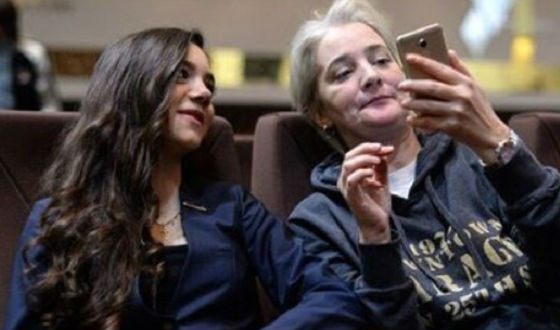 Evgenia Medvedeva with her mother
When the girl turned eight, Eteri G. Tutberidze, a wonderful trainer and teacher appeared in her life. At that time, the trainer also worked with {ab: 2164} Julia Lipnitskaya {/ ab}, a figure skater who is one year older than Evgeniia. Under the supervision of the experienced coach, Evgenia started turning into a true queen of the rink. Surprisingly, Eugene and Julia did not become friends. Eugenia does not like to be compared to Lipnitskaya, but she respects her rival.
Evgenia Medvedeva's interview before Olympic
According to Evgenia, her childhood was over by the age of 10. That time, she became conscious of how serious her business was. After two years of hard work, the 12-year-old figure skater officially joined the Russian team.

A couple of years later, she became a junior having debuted brilliantly at the Grand Prix of juniors in Latvia. The performance brought her victory with a score of 169.52 points. The girl passed her compatriot Maria Sotskova and an American Karen Shen. 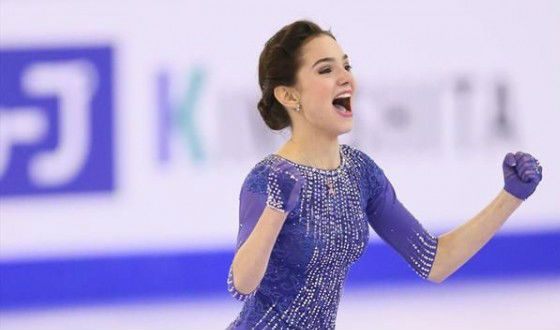 Evgenia Medvedeva alone has as many victories as a number of figure skaters have put together
Despite the tight schedule, the girl managed to be an excellent student at school. Above all, she liked history and biology. In early 2017, the girl told, she was planning to finish the 10th and 11th grades was an external student.

As a young girl, Evgenia already had an impressive record of victories. After the first victory at the competitions in Latvia, the got the first prize in Poland as well (179.96 points). But the hard competition in Japan ended for Evgenia with the bronze (163.68). She was passed by the two Russians, Maria Sotskova and Serafima Sakhanovich. 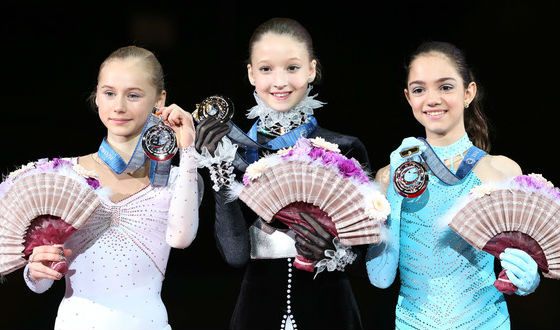 The Grand Prix in Fukuoka, Japan, 2013. The third prize
In 2014, she won the 7th prize at the Russian Figure Skating Championship among adult figure skaters, and the 4th prize among young athletes. In the spring of the same year, she reached the final of the Cup of Russia, where she won the second prize after Anna Pogorilaia.
Evgenia Medvedeva at the Russian Figure Skating Championship of 2014
In the season of 2014-2015, Evgenia was cheered as a gold medalist at the stadiums of Barcelona and Tallinn, where the Grand Prix of juniors were held. At the Russian Championships of 2015, she was among the winners for the first time, and it does not matter that the prize was bronze. She became the first at the national junior championship though.

At the end of 2015, the figure skater moved into an adult group and immediately won the Ondrej Nepela Memorial Competition in Bratislava. Without having a break, she flew to the competition in Milwaukee, where she took first prize in the Grand Prix of the adult league. And that was only beginning. Later she had a resounding success in Barcelona and then again the again championship in her native country. 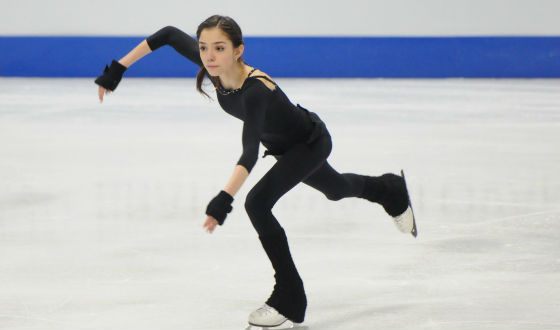 At the championship in Bratislava
February 2016 brought her new victories. She got «gold» again at the European Championship that was held in the Slovak Republic. A month later, the 16-year-old Evgenia Medvedeva won the Grand Prix final and got the long-awaited World Champion title at the World Cup in Boston (March 23 – April 8, 2016). 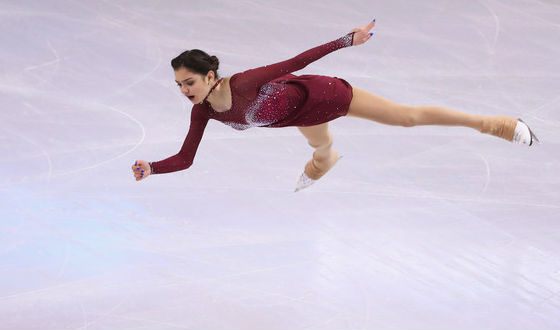 The performance in Boston, day four
In Boston, the young figure skater set a world record in ladies singles and got a record-breaking score of 223.86 (73.76 for a short program and 150.10 for an arbitrary program). 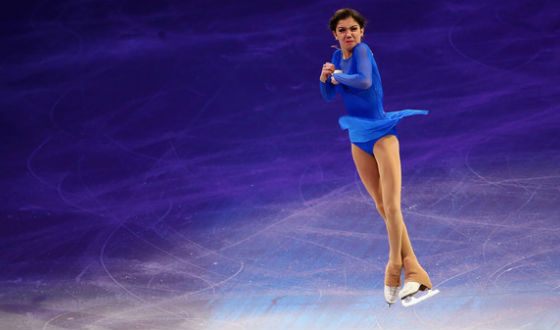 Evgenia Medvedeva got «gold» at the World Cup in Boston
It seems as though this athlete was destined to beat the world and her records by the number of points in single skating. In 2016, she improved her performance three times and beat the world records unofficially. During the year, she won prizes at competitions in Canada, France (Paris and Marseilles), and Russia.
Evgenie Medvedeva as Salior Moon
At the beginning of 2017, Eugene became a two-time European champion (in the Czech Republic), breaking personal and world records twice more. She has also become the world champion at the championship in Finland.

On April 20, 2017, the figure skater set a new world record at the team World Cup in Tokyo, after she finished the short program that was given 80.85 points. Thanks to her victory, the Russian team became the leader.

Medvedeva's fans had no doubts that at the 2018 Olympics in Pyeongchang, South Korea, she would repeat the success of {ab: 1230} Adeline Sotnikova {/ ab} and bring "gold" to Russia in the ladies singles tournament. Because of the anti-doping scandal, only two figure skaters apart from Eugenia got into the Russian Olympic team in the category of "women" – Alina Zagitova and Maria Sotskova.

At the 2018 Olympics, Evgenia Medvedeva set a new world record in a short program (81.06 points). This achievement plus Alina Zagitova's victory in an arbitrary program gave the Russian «silver». This was the first Olympic Games Eugenia took part in.
Evgenia Medvedev at the Olympics-2018
After Games Evgenia left her coach Eteri Tutberidze. According to mass media, she was upset Eteri’s decision to let Zagitova out of juniors that year. «It was the hardest choice I ever had», – tell Medvedeva. After that, she moved to Canada, where she started training with Brian Orser, but still being a Russian sportsman. 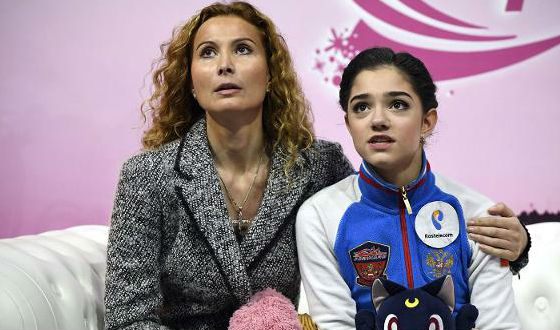 The girl is too busy to be distracted by guys. But she has many loyal friends, and the communication with them makes her happy. Besides, in Summer 2019 there were rumors about her and Canadian skater Nam Nguyen after they had dinner together.

Zhenia is loved in Japan, and she is a big fan of all Japanese as well. She loves their literature, fashion, and anime. For instance, Evgenia picked a song from the cartoon Sailor Moon for one of her performances. Also, she once surprised her colleague Moa Asade by reading a poem in Japanese. On her Instagram, one can often see some drawings from fans from the Land of the Rising Sun. 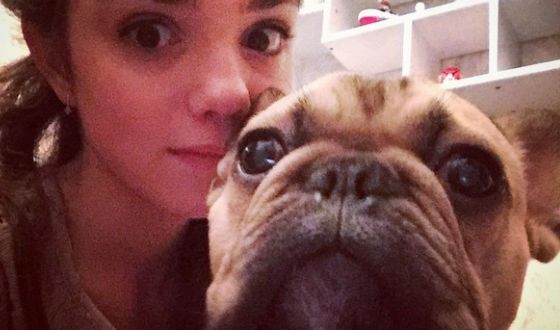 Eugeniia Medvedeva and her bulldog Jerry
The athlete monitors the food she eats, but she cannot deny herself sushi, marmalade, and fruits. Her favorite food is the Asian soup Tom-Yam.

Among the favorite singers of the figure skater, there are Michael Jackson, Metallica, Bon Jovi, and Scorpions. Being inspired by her favorite rock music, she even bought a guitar, but she does not have much time to learn how to play it.

According to Zoomboola.com, after the silver Olympic medal, conflict with Eteri Tutberidze and moving to Canada, Evgenia lost her positions in sport a little. She gained some weight, and in October 2019 got only 5th place of Skate Canada International. In December, she competed in Russia Championship in Krasnodar but had to be satisfied with 5th place again. After boot damage while training, she had to cancel her participation in a custom program. 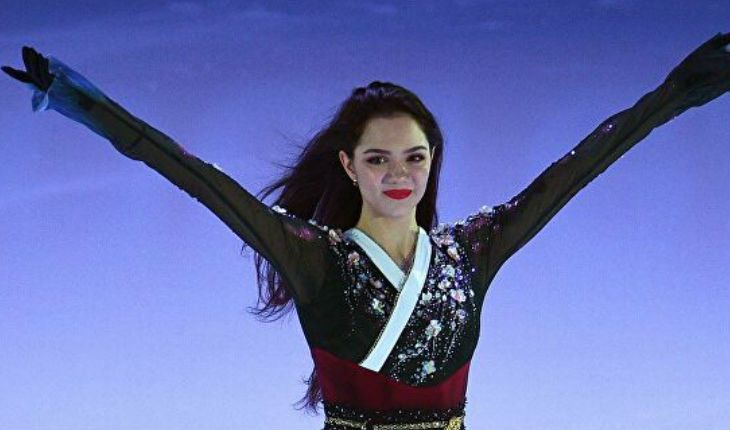 Eugenia Medvedeva in 2019
But the sportswoman doesn't lose hope and believe in a future wins.

Jessie J does she have kids
4.6

Freddie Highmore does he have a wife
5.9