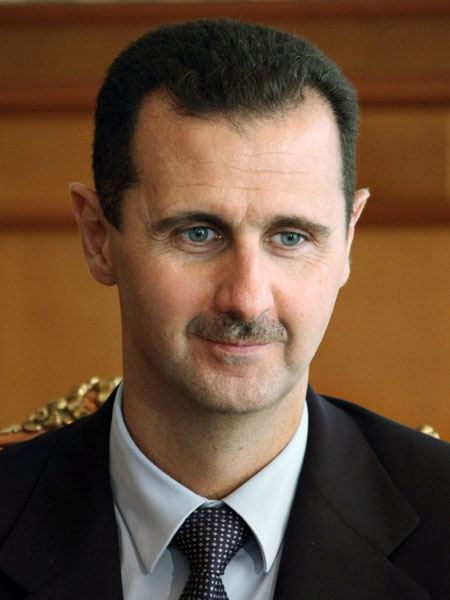 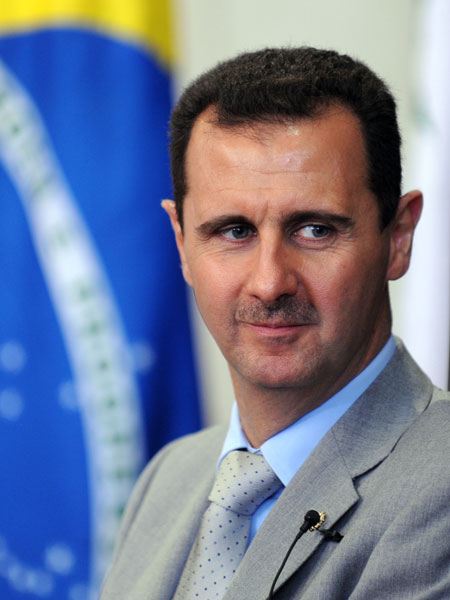 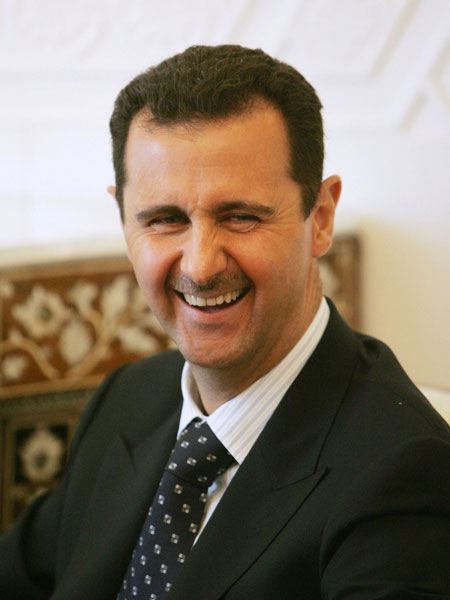 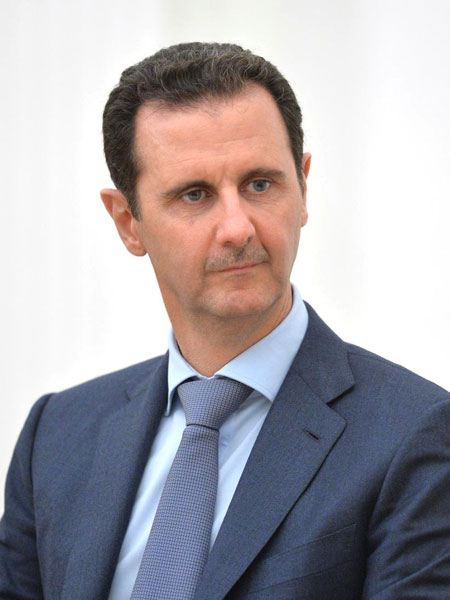 Who is: politician, President of Syria 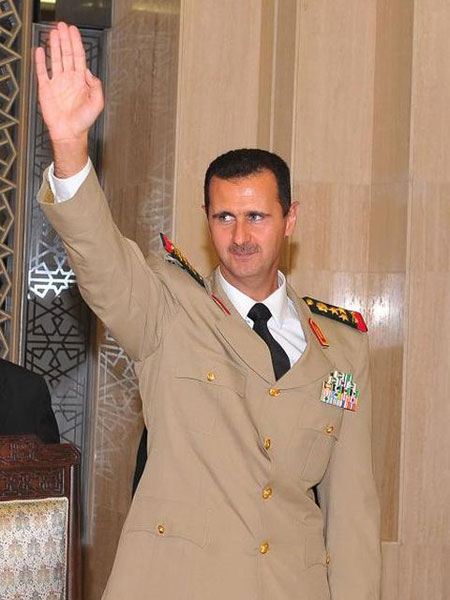 Bashar Al-Assad is a Syrian politician elected president in 2000. He is also the general secretary of the ruling Ba’ath party and a member of the Nusayri community. Net worth: $1.5 billion. 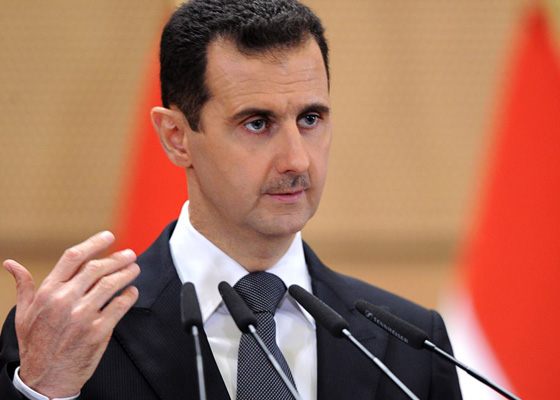 On September 11, 1965, the third child – the son Bashar – was born in the family of the general of the Syrian air defence and air force Hafez al-Assad. A little later, the head of the family became the Minister of Defense, and, in 1971, seized power in the country. 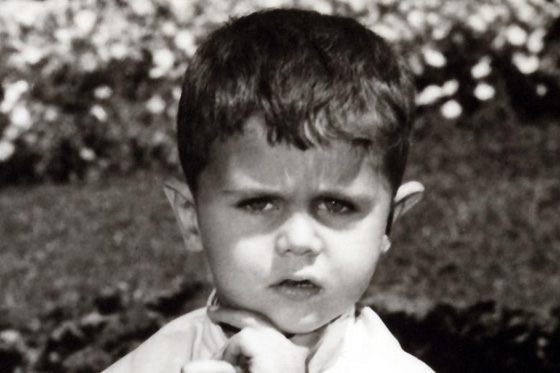 Bashar al-Assad as a Child
Bashar's mother, a native of the Haddadin tribe, had aristocratic roots. Her main occupation with politician husband was the education of his four sons. Also, Bashar had a sister named Bushra.

As the first stage of education for the boy, predictably, the metropolitan high school al-Hurriya was chosen, where many children of political elite studied. During his school years, Bashar studied the main European languages, including English, which the politician speaks fluently. 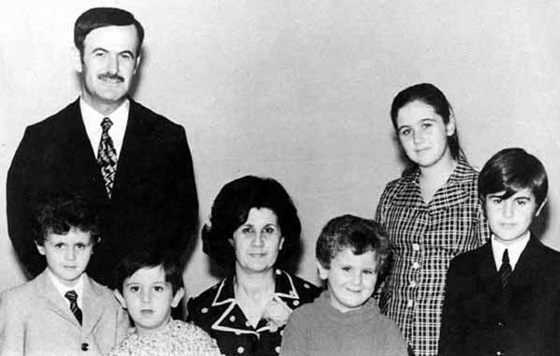 After completing the internship at the hospital, Bashar left for the capital of Great Britain, to train at St. Mary’s Hospital. Back then, in 1991, none of his London acquaintances knew who the gifted young man really was; moreover, he went under a different name. At the new workplace, Bashar proved himself to be a good professional. He communicated with intellectuals, and besides medicine was fond of computers. 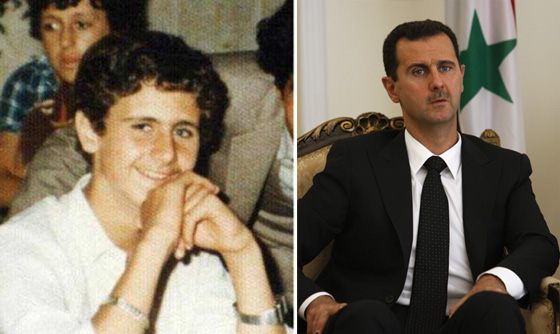 Bashar Al-Assad in his youth
He was forced to return home by the events of January 21, 1994. The eldest son of the President, Bassel al-Assad, who, from his early years was preparing to become his father's successor, got into a fatal car accident: at a speed of 130 km/h, he lost control of the car and crashed into a concrete wall. Bassel died on the spot, while Rami Makhluf, his cousin and Bashar’s future closest ally, who was sitting in the passenger seat, was taken to hospital in serious condition. After the death of Bassel, Bashar became the main candidate for the Syrian “throne”.

The young man had to be trained in the military academy of Homs. Gradually, he became a frequent visitor to the top government offices, and took several government positions at once: he became an adviser to the president, headed the country's security service, as well as the anti-corruption committee. While still a student at high school, he was acquainted with the entire generation of children of the elite, and in his subsequent rule lobbied their economic interests. 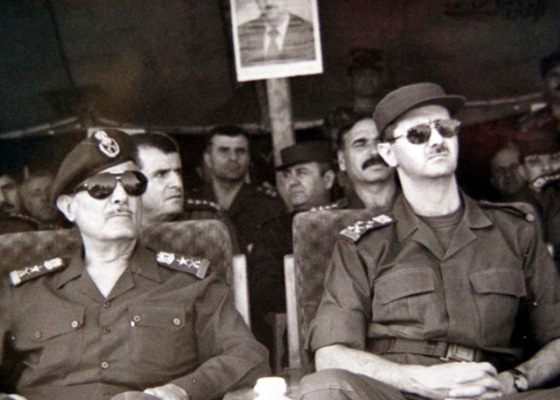 Bashar Al-Assad succeeds his father
Since Bashar was responsible for the security of the country, in 1999 he already participated in the resolution of the complex "Lebanese issue". And, due to his excellent command of languages, Assad received diplomatic delegations with his father.

The long and hard work for the sake of building his name allowed the young man to win the honest support of the Syrian people. He was considered a progressive and fair politician. For example, it was thanks to the young al-Assad Syria got Internet (1998) and mobile communications (2000).

When in 2000 his father died of heart failure, Bashar al-Assad became the undisputed favourite for the presidency of the country and the leader of the ruling Ba’ath party. The only obstacle was the age limit for presidential candidates, but Parliament "jumped on" this insignificant hindrance and promptly amended the country's constitution, lowering the minimum age requirement from 40 to 34 years.

According to Zoomboola.com, in 2000, the 34-year-old Bashar al-Assad was elected president by an absolute majority. Like his father, he was given the military rank of general and supreme commander of the Syrian army. 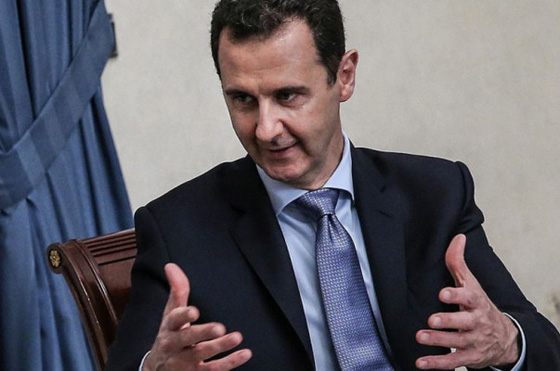 Bashar Al-Assad – President of Syria
At first, the young president pursued a policy with a liberal bias: he contributed to easing the regime and the emergence of political pluralism by supporting alternative political parties, announced the first print runs of an independent print publication, and pardoned political criminals. In 2005, he agreed to withdraw armed forces from neighbouring Lebanon. In addition, the opening of the first private banks and universities and the establishment of the stock market are also worth mentioning as positive steps undertaken by him.

In 2007, he won the uncontested presidential elections, which were actually a federal referendum, where 97.6% of Syrian residents supported his candidacy.

In early 2011, a political crisis began in Syria. The protest atmosphere in the country was heating up. The Syrian government made some concessions, in particular, promising to implement some radical reforms. The constitutional provision that enshrined the special position of the ruling Ba’ath party was annulled, and Assad announced the lifting of the state of emergency in force in Syria since 1963. On March 29, 2011 Bashar al-Assad accepted the resignation of the government and created a new cabinet. 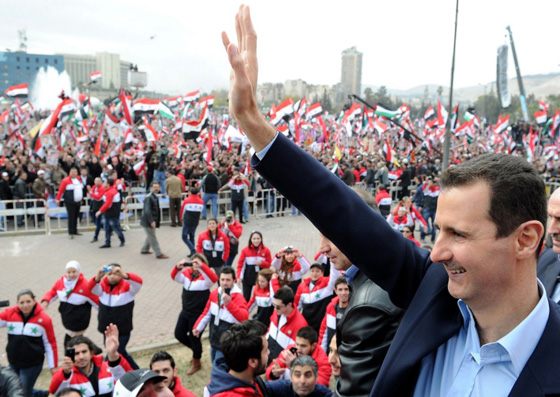 The rule of Bashar Al-Assad caused popular unrest
Despite the reforms, protest sentiments did not diminish. On April 21, the state of emergency was finally lifted, but that did not help either. Armed riots and anti-government protests began in the country. A mouthful of freedom for the opposition meant a civil war for Assad, since those who disagreed demanded the impossible - political reforms unacceptable for the ruling family, and, in particular, the resignation of the president.

The decision to use the army to disperse the protesters led to the mass casualties among the opposition - by the end of May, according to various estimates, the number of victims among the dissenters exceeded one thousand. The opposition accused the army of using chemical weapons of mass destruction. These allegations were regularly heard in subsequent years.

In May 2011, the US and EU imposed sanctions against Syria. The country has lost supplies of Western weapons, while foreign bank accounts of the Syrian government elite, including the accounts of Assad himself, had been frozen. 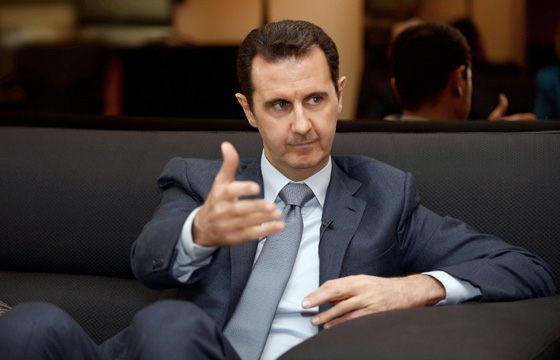 Syria under Bashar Al-Assad’s rule found itself strangled by sanctions
Despite the discontent of the population, Assad had no doubt that he would keep the presidency even after the 2014 elections. Indeed, on June 3, 2014, in the conditions of incessant civil war, Bashar Assad was elected for a third presidential term.

The greatest threat to his authority and stability in the country was the terrorist organization ISIL. At the same time, the opposition was supported by main European countries, the United States and nearby neighbours - Israel, Turkey, Saudi Arabia and Qatar. In view of the superior enemy forces at the end of 2015, Bashar al-Assad officially appealed to the President of the Russian Federation Vladimir Putin for help.
Vladimir Putin and Bashar al-Assad in Russia
Vladimir Putin and the Federation Council agreed and sent military troops to fight terrorists and restore control over the territory of the country by government forces of Damascus. By the way, at that time Russian companies Stroytransgaz and Tatneft had been operating in Syria for about ten years, so the economic interest of the Russian Federation was easily explained.

A year after being elected to the first presidential term, Assad married his childhood friend, Asma al-Akhras, the daughter of a respected cardiologist, and a descendant of a Syrian Sunni family. Perhaps his choice was influenced by his father’s death from heart failure.
Bashar Al-Assad’s wife - Asma al-Akhras
The young woman was a certified economist and a specialist in computer technology. She spent most of her life in London, where she received an education. There she also had an internship at the JP Morgan bank. 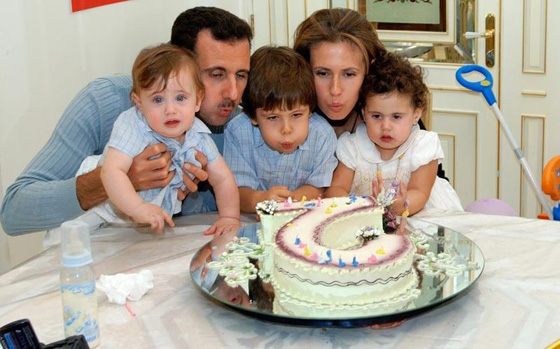 Bashar Al-Assad with his wife and children
After marriage and upon returning to Syria, Asma al-Akhras gave birth to their two sons and a daughter. In 2008, she led the ranking of the most beautiful presidents’ wives according to the French magazine Elle.

Johnny Flynn in his youth
4.8