Place of birth: Anaheim, California, US

Austin Butler is an American film and television actor. He started his career in Nickelodeon’s teen TV series, but later declared himself a serious actor. He successfully collaborated with Jim Jarmusch and Baz Luhrmann. In 2022, the biopic "Elvis" was released, with him playing the main role. He is also known as a musician. His songs were featured in the TV series "iCarly" and "Ruby & the Rockits" OST. Austin Robert Butler was born on August 17, 1991 in Anaheim, California. His parents were Laura and David Butler. His mother worked as a cosmetologist, his father's profession is unknown. In 2014, Laura Butler died of cancer.

Austin has an older sister Ashley Butler. She once took part in a movie production along with her brother, but did not find noticeable success. 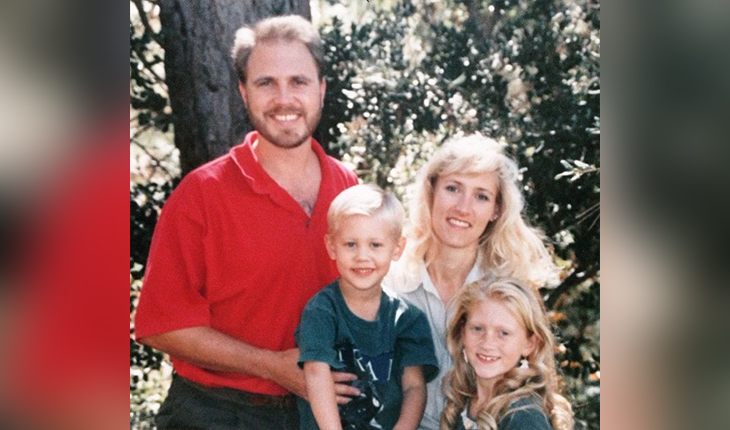 Austin Butler is his childhood (with parents and sister)
Until the seventh grade, the boy led an ordinary life of an American student. Attended school, went out with friends, played video games. When the boy was 13 years old, an acting agent approached him at the Orange Country Fair and offered to try his hand at cinema. The boy agreed and began acting in commercials and extras of TV series.

He liked acting so much that he started taking acting courses. He transferred to home schooling to devote more time to filming. At the age of 16, he had already passed his final exams and officially graduated school. 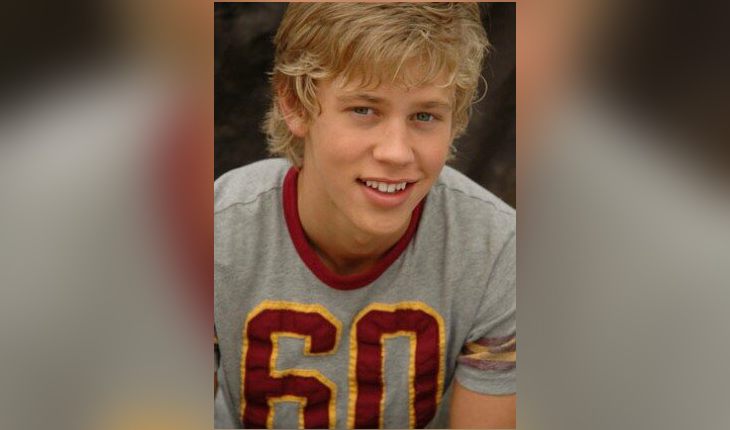 Austin Butler in his youth
In addition to acting, Austin was interested in music. In elementary school, he played the violin, at the age of 13 switched to guitar and mastered the piano at the age of 16. In one of his interviews, the actor admitted that he played the guitar so often that his fingers would bleed. 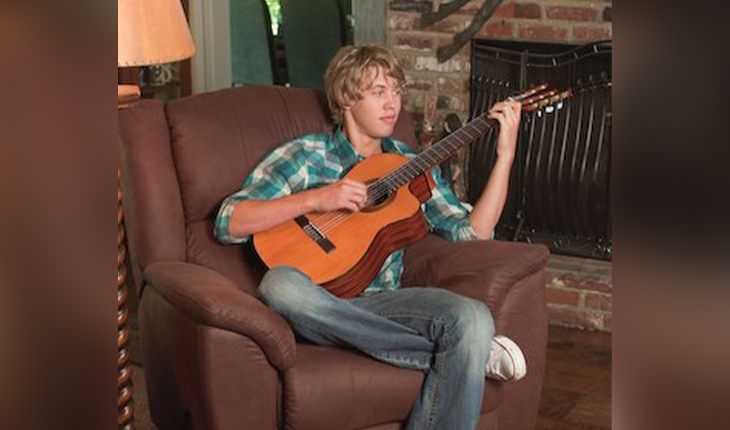 Austin plays the guitar since childhood

In 2005, Austin got his first non-extra permanent role – it was Lionel Scranton from the Nickelodeon kids series "Ned's Declassified Guide to School Survival." The main role in the project was played by Lindsay Shaw. It was she who introduced Austin to the manager who agreed to work with the young actor.

That’s how Butler got his first relatively prominent role – he played Derek Hanson in one of the episodes of the TV series "Hannah Montana" with Miley Cyrus. After that, he appeared in one episode of the TV series "iCarly", where he also performed the song "Whatever My Love". 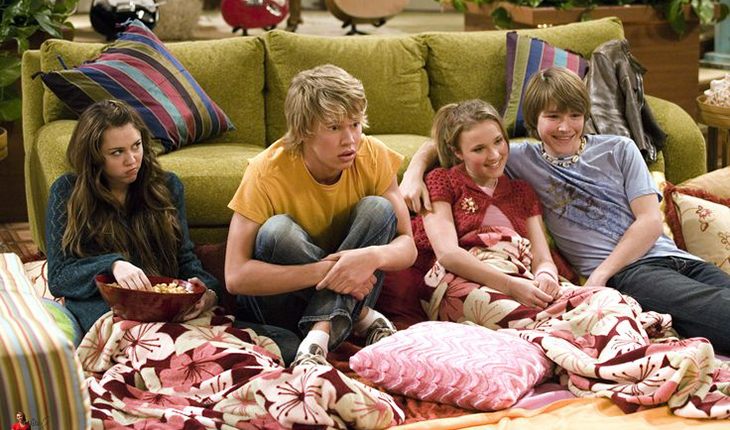 Austin Butler in "Hannah Montana"
In 2008, the actor received his first role with an appearance in several episodes. He took part in the fourth season of the series "Zoe 101", which also aired on Nickelodeon. He played the love interest of the main character, a boy named James Garrett. 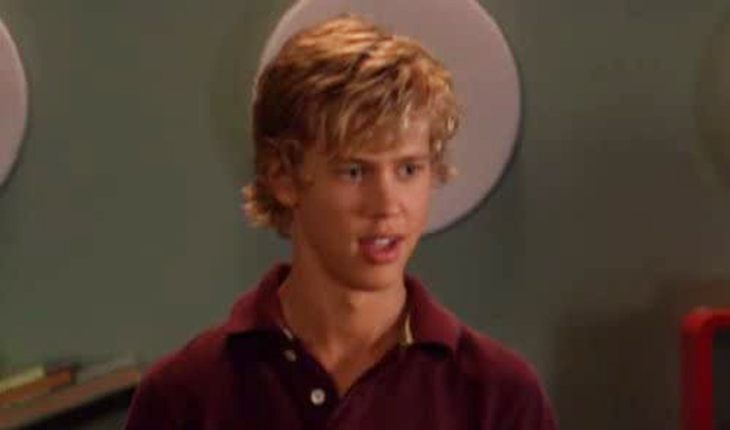 As a James Garrett
In 2009, the sitcom "Ruby & the Rockits" with Alexa Vega was released. The actor played one of the key characters, Jordan Gallagher, the son of the main character who was a forgotten pop star of the 80s. For this work, Austin received a nomination for the Young Artist Awards in the category "Best Young Actor in a TV Series". 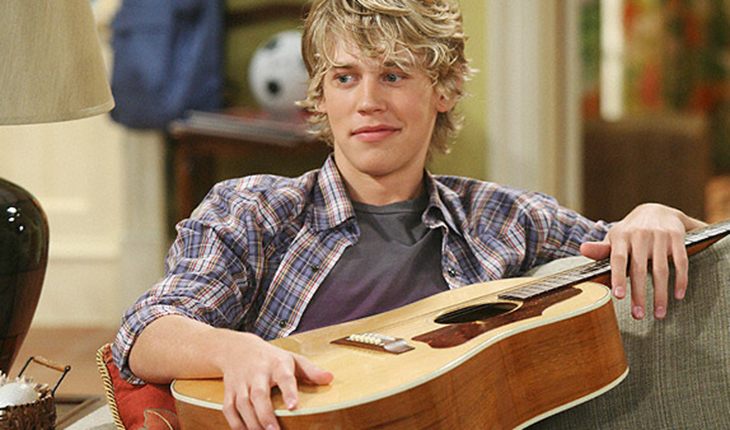 Austin Butler in Ruby & the Rockits
His character loved to play the guitar. Butler performed four songs in the series, two of which he sang together with Alexa Vega, and another one together with several other actors.

After the Nickelodeon series, Austin began appearing in big movies. In 2009, he got the main role in the adventure film "Aliens in the Attic" and in 2011 he starred in a spin-off of the "High School Musical" called "Sharpay's Fabulous Adventure", to which he was invited by Ashley Tisdale, who played the main character. The actors were filming in the "Aliens in the Attic" together and later Ashley decided that she wanted to work with Austin again. 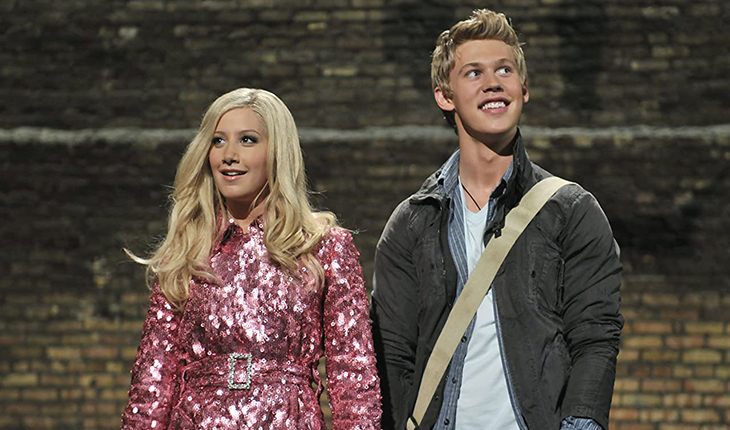 With Ashley Tisdale in "Sharpay's Fabulous Adventure"
In 2010, the actor got cast in the drama series "Life is Unpredictable". At the same time, he appeared in small roles in other famous TV series: "Wizards of Waverly Place", "The Jonas Brothers", "C.S.I.: Miami", "The Defenders." The last one earned him a nomination for the Young Actor Award in the category "Best Young Guest Actor in a Series". 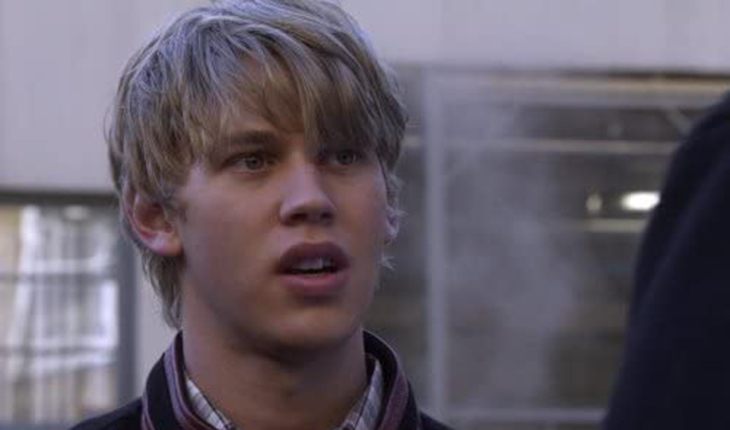 A snapshot from "Life is Unpredictable"
In 2011, the actor starred in a minor role in the TV series "They were confused in the maternity hospital", and then in the main role in the movie "The Bling Ring" (2011). In 2012, he appeared in a small role in the TV series "Where are you, Chelsea?" which also featured his song.
Austin Butler singing (Are you there Chelsea?)
In 2013, the series "The Carrie Diaries" with Anna-Sofia Robb was released. It told the backstory of Carrie Bradshaw from "Sex and the City" in the 80s, when she was not a successful journalist, but an ordinary schoolgirl. Austin starred in both seasons of the series and played Carrie's lover. 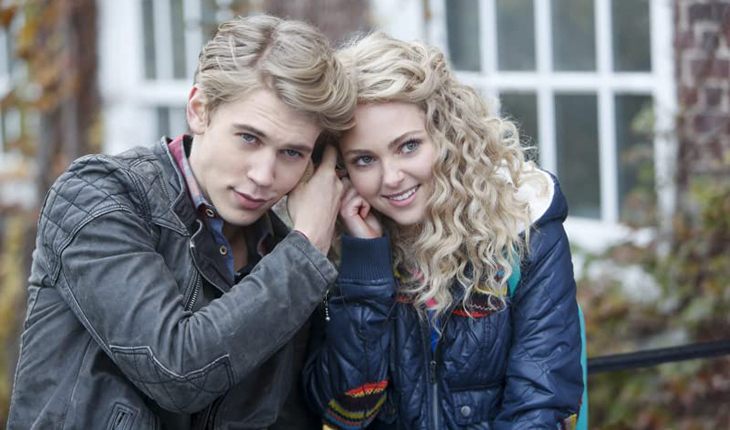 Austin Butler and Anna-Sofia Robb
In September 2014, the actor joined the cast of the series "Arrow", based on DC comics. There he again played the love interest of one of the main characters.

Austin's next TV work was the fantasy series "The Shannara Chronicles", which was released in 2016-2017. It was filmed based on the series of books by Terry Brooks "Shannars", and Austin was given the main role this time – half-elf-half-man Will Ohmsford. 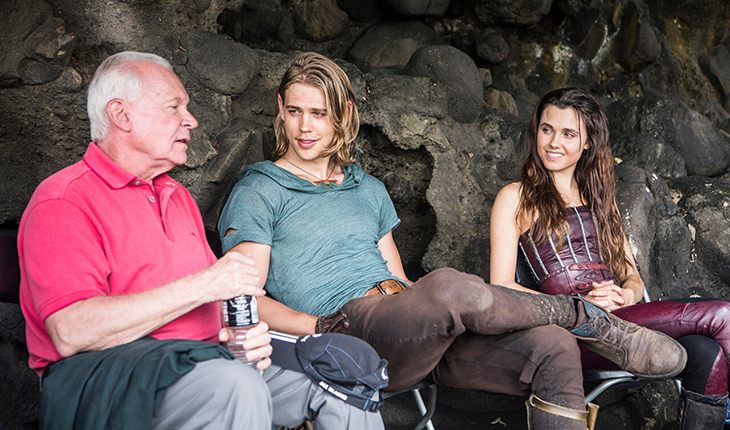 On "The Shannara Chronicles" set
The breakthrough in Austin's film career was his participation in Quentin Tarantino's film "Once upon a Time in Hollywood". Austin played Charles Watson, one of the members of the Charlie Manson sect involved in the murder of actress Sharon Tate. In the same year, the actor played in Jim Jarmusch’s horror movie "The Dead Don't Die". 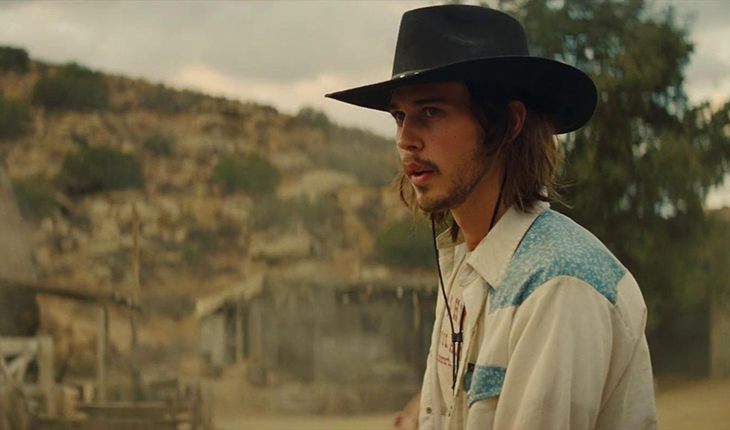 Austin Butler in "Once upon a Time in Hollywood"
In February 2021, the actor also joined the cast of the mini-series "Masters of the Air", which tells the story of military pilots during the Second World War.

In 2018, Austin made his Broadway debut. He played Don Parritt in the play "The Ice Seller is Coming", based on the book of the same name by Eugene O'Neill. Critics praised the actor's work on the Broadway stage. 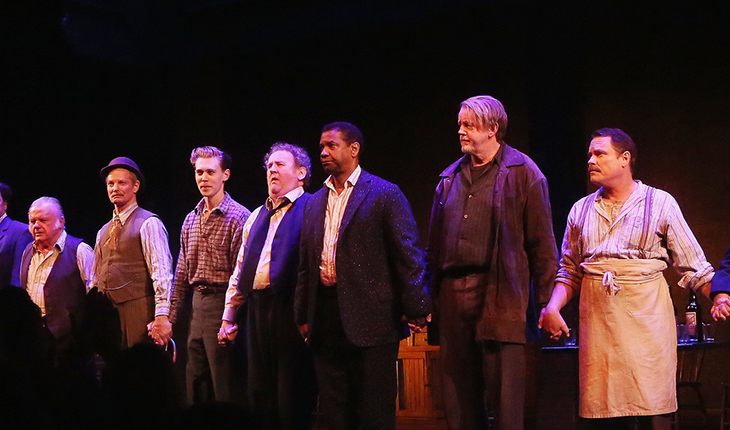 Thanks to Ashley Tisdale, Austin met actress Vanessa Hudgens, known for the series of films "High School Musical". In 2011, they started dating and were happy together for almost 9 years. 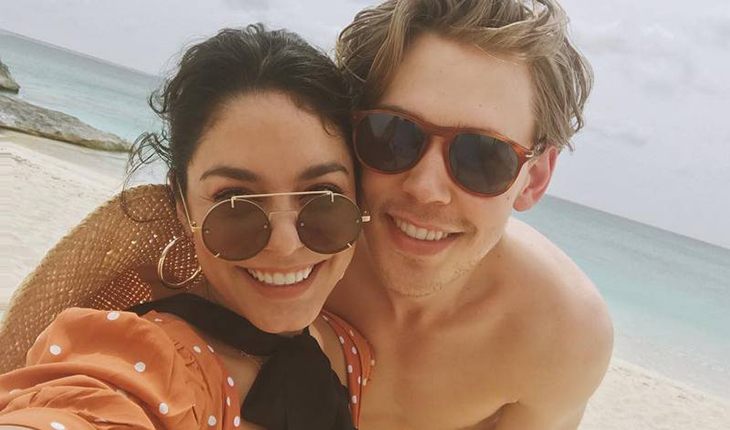 Austin and Vanessa were a couple for a 9 years
At the end of 2019, fans of the couple began to suspect that the actors had separated because the actors spent Vanessa's birthday and Christmas separately from each other. In January 2020, their break up became official. The couple did not name the reasons for the breakup.

In the same month, rumors surfaced that Austin had started dating his co–star in the Elvis Presley film, Olivia DeLonge. However, that’s all it was - rumors: there was no official confirmation of the romance between the two. 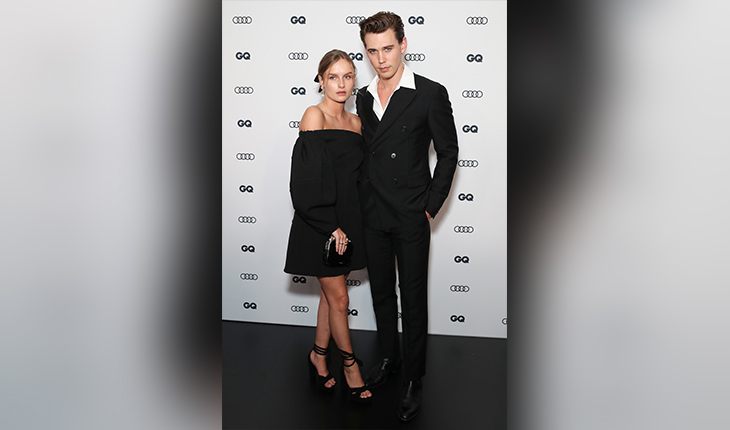 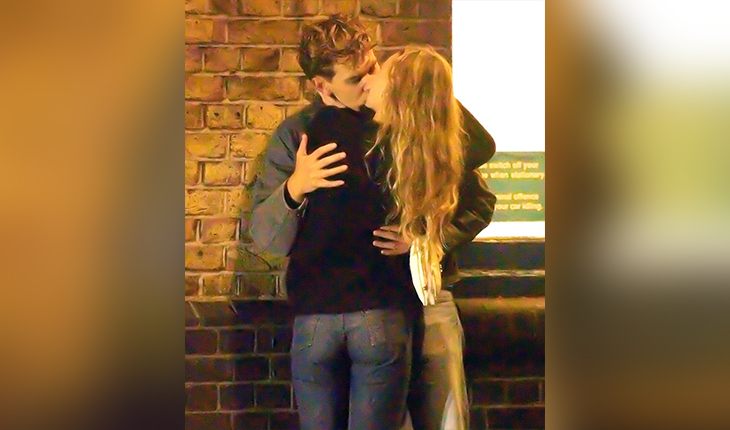 In 2019, it became known that Austin was chosen for the role of Elvis Presley in the biopic "Elvis". Director Baz Luhrmann saw Butler on the Broadway stage and realized that he had found the one he needed – he could sing and act, and with a little help from the makeup artists, he would also look like a young Presley. 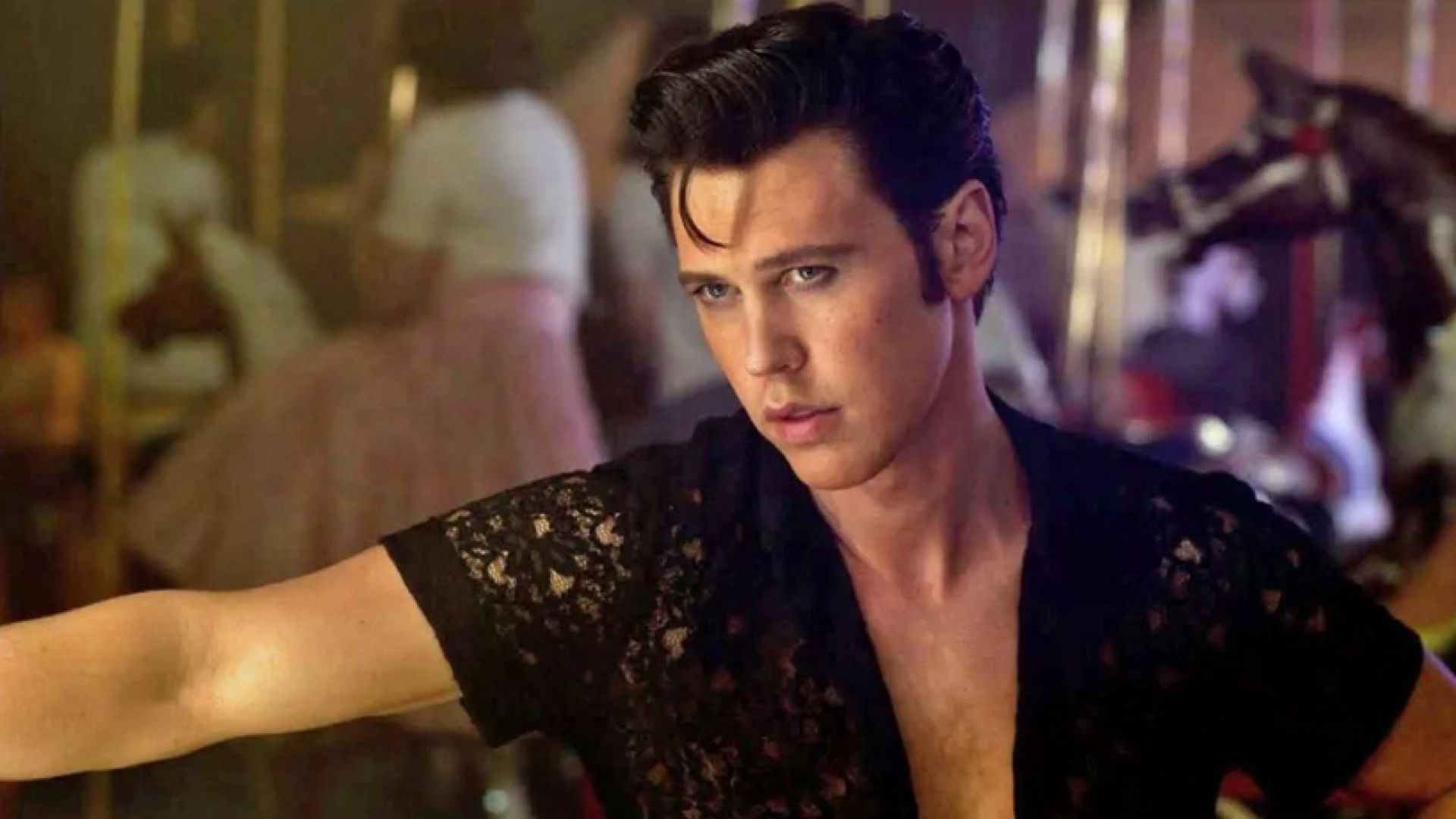 Austin Butler as Elvis Presley
Filming started in early 2020, but the process was hampered by the coronavirus pandemic. Production was still able to be completed in 2021, the first teaser of the film was released in 2021. In May 2022, "Elvis" premiered in Cannes. Baz Luhrmann's film was applauded for 12 minutes straight.
Austin Butler on «Elvis»: «The Film is Like a Love Letter»
Speaking of the experience of working on a film about Elvis, the actor shared that he himself performed the songs that were heard in the film.

Eva Green does she have a husband
6.0