Alexis Bledel is a Hollywood actress and producer. In 2002, after portraying Rory Gilmore in the TV show «Gilmore Girls» by Jamie Babbit, Teen People Magazine included her in the top ten of the hottest young stars. 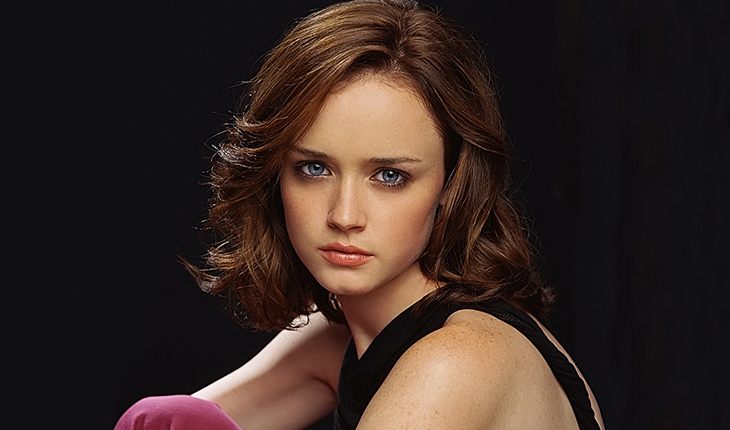 A baby born in Houston in the autumn of 1981 to Nanette and Martin Bledel was named Kimberly Alexis Bledel. On her father's side, she has German, Dane, and Anglo-American ancestors. Her mother is from Phoenix. She spent her childhood in Guadalajara and moved to Mexico City later. 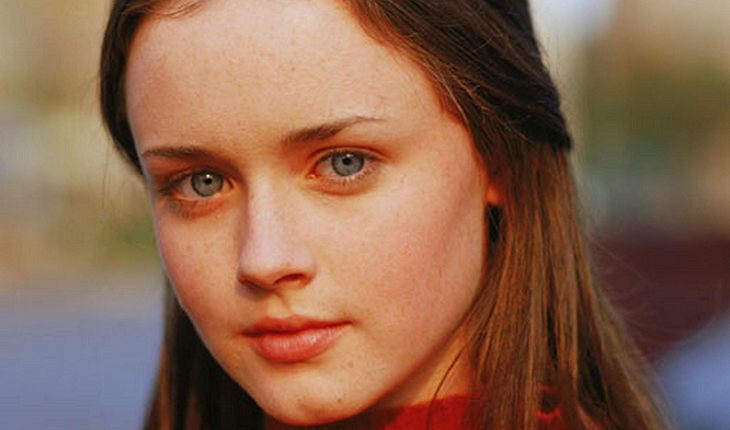 Little Alexis Bledel
Kim (her family still calls her Kim) has spoken Spanish since childhood. Despite her beauty, the girl was shy and even a little reserved. It frightened her parents, who cared for her and loved her.

Attending the St. Agnes Academy, at eight years old, Kim started attending a drama school to overcome her insecurities. It was her mother's idea. The hardworking, responsible, and talented girl participated in the play «Our Town». A little later, she appeared in the play «The Wizard of Oz». 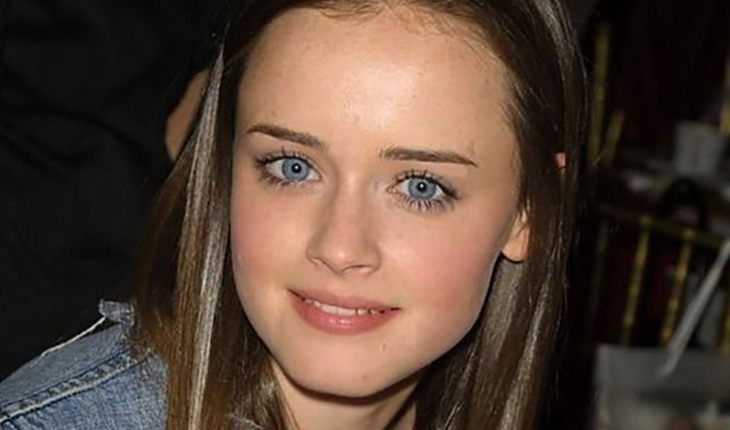 Young Alexis Bledel
The Houston Mall provided the stage for plays. That's where a talent agent from a model agency offered Kimberly a job. It was another step for her future career. 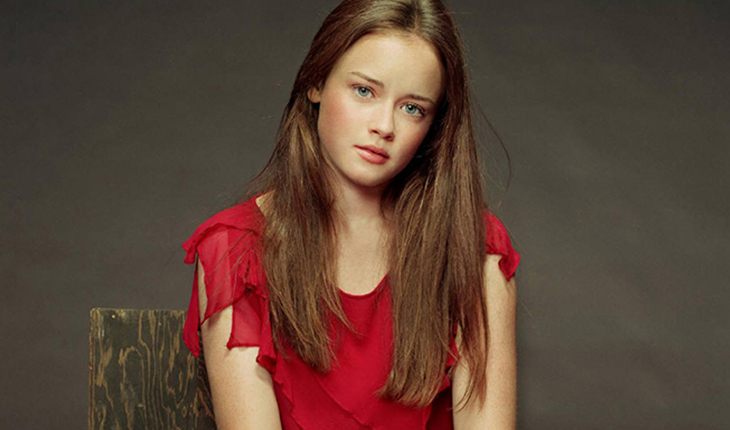 Alexis Bledel at the Beginning of her Career
After school, Kim got into Ridge Park College, in which she learned the acting and tricks of the modeling business. At the age of 18, the girl moved to New York to get a university education and graduate from the legendary Tisch School of the Arts, which attended such famous people as Martin Scorsese, Lady Gaga, brothers Alec and William Baldwin.

A small role of a student in the drama-comedy «Rushmore» by Wes Anderson filmed in Alexis' home town was her debut in the cinematography. During the casting, she used her middle name. 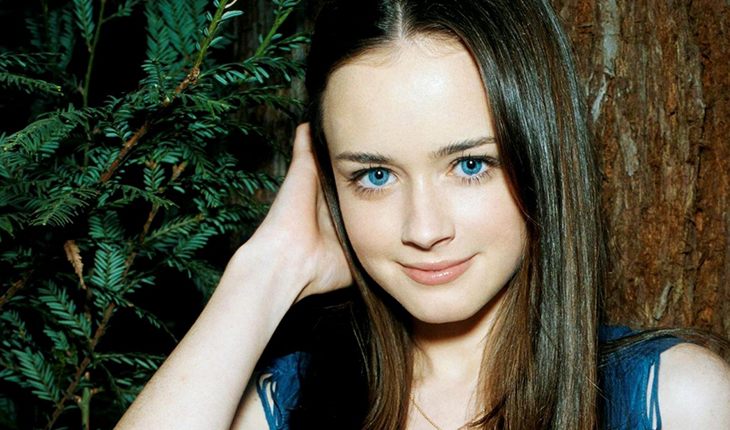 Beggining Actress Alexis Bledel
A character of Lorelai Leigh (Rory) in Jamie Babbit's TV series «Gilmore Girls» created by Bledel was the real beginning of her career. The TV series regularly streamed on the WB channel for seven years. 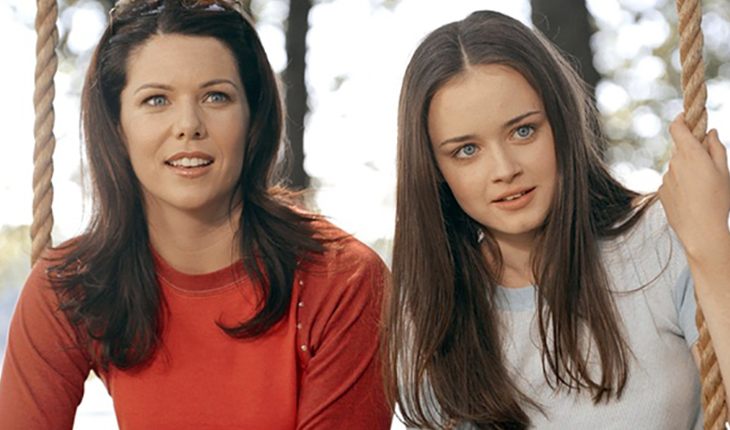 Lauren Graham and Alexis Bledel in «Gilmore Girls»
Lauren Graham portrayed Alexis' mother in the TV series. Life of cheerful mother and her daughter living in a small town intertwines with the lives of other people portrayed by Keiko Agena, Scott Gordon Patterson, and Kelly Bishop.

The picture was nominated for Golden Globe Award a few times, Emmy Award, and joined a list of the best TV series of the century. According to Bledel, this role was her reflection. She expressed her character and relationship with parents through it.

Winnie Foster in Jay Russell's fantasy drama «Tuck Everlasting» became an iconic role in her film career. Jonathan Jackson, who portrayed an immortal young man with whom Bledel's character fell in love, became her colleague. Scott Bairstow, another actor of the project, so wanted to play in «Tuck Everlasting» that was even ready to work for free. 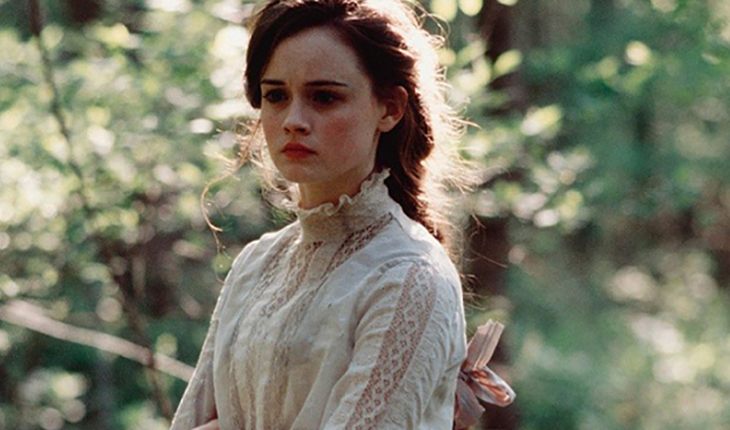 In the thriller «Sin City» by Robert Rodriguez, the actress portrayed a prostitute Becky. This project gave her a chance to walk the red carpet of the Cannes Festival, where the picture won the main award for visual effects. Here is what the actress said about her character, «She is a very professional prostitute. She has a gun and can spank anyone's prat at any moment». 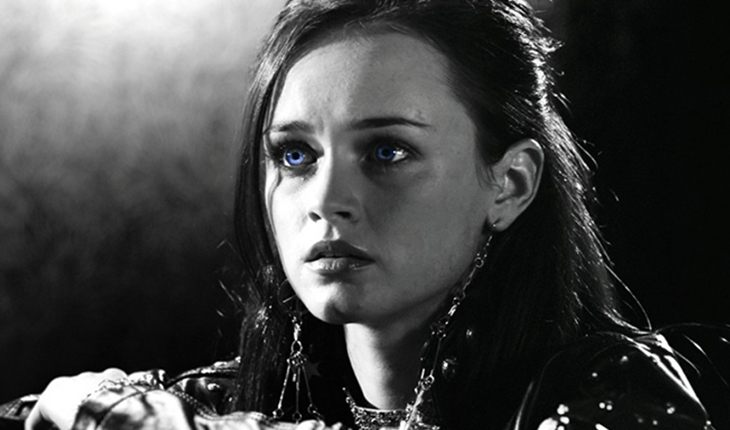 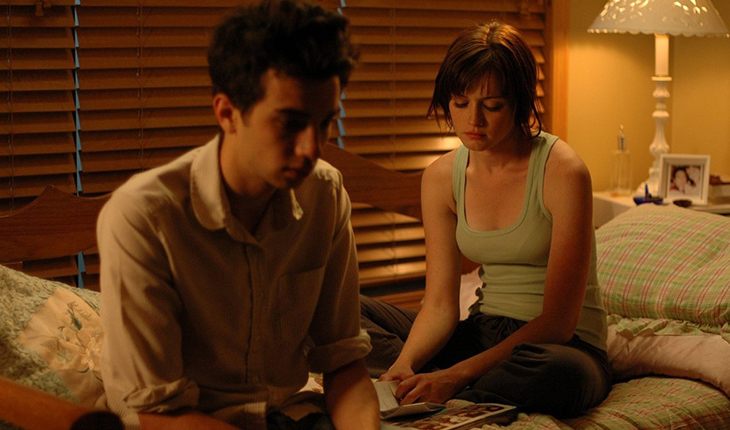 A Frame from «I'm Reed Fish»
The next character she portrayed was successful Beth Vest, who torn between the successful Wall Street broker Tommy (Scott Porter) and her colleague Daniel (Bryan Greenberg).

The audience also remembered Ryden Malby from the comedy-drama «Post Grad» by Vicky Jenson in which the actress demonstrated her outstanding comedy talent once again. In the company of Zach Gilford, Michael Keaton, and Jane Lynch, she brilliantly portrayed a college graduate building ambitious plans, facing reality and life troubles. 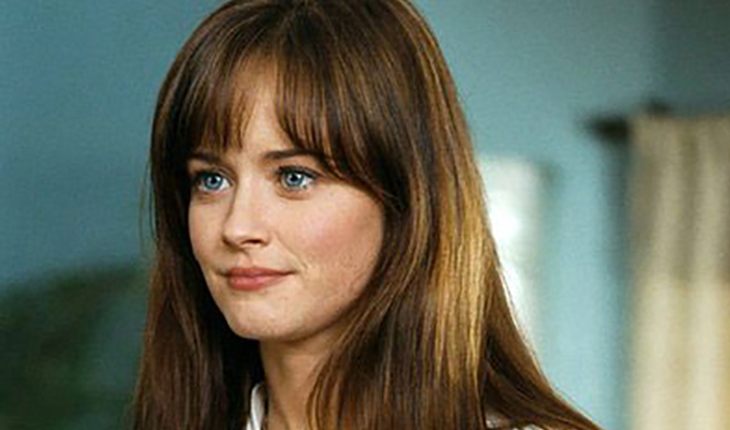 Alexis Bledel in «Post Grad»
It is worth emphasizing that the actress finished working in «Gilmore Girls» by that time and was invited to work on a new project, the TV series «Mad Men» (six Emmy Awards and four Golden Globe Awards). 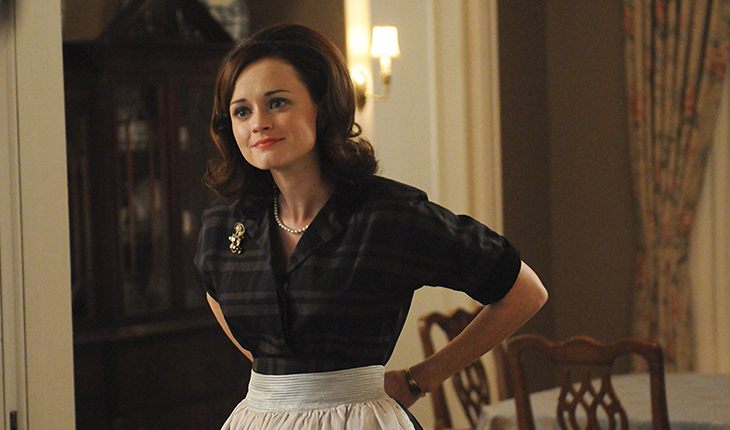 Alexis Bledel in «Mad Men»
In the drama thriller «The Kate Logan Affair» by Noël Mitrani, Bledel played a not typical of her role. The lead character Kate is a policewoman who does her best to prove that she is just as good as her male colleagues. The French actor Laurent Lucas became Alexis' partner in the film. The actress also tried her strength in the crime drama «Violet & Daisy» by Geoffrey Fletcher in which she portrayed a killer. 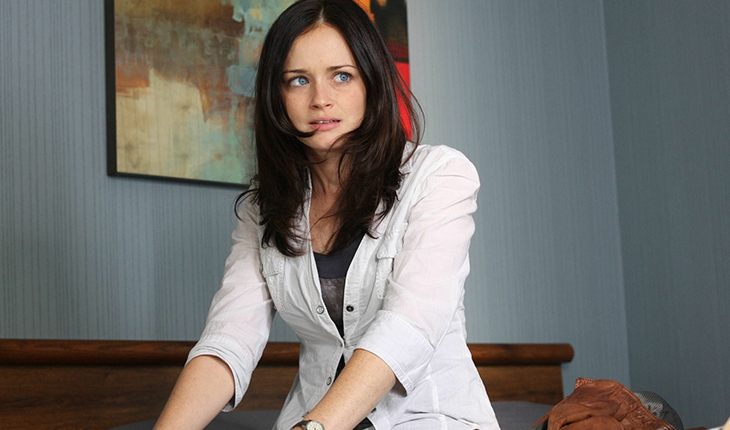 Alexis Bledel in «The Kate Logan Affair»
A groom Kitty in the picture «Jenny's Wedding» by Agnes Donoghue became a questionable role for the actress. The picture was filmed on the legalization wave of same-sex marriages. Katherine Heigl portrayed her bride. Bledel said that she got an exciting experience and rememberable filming process. 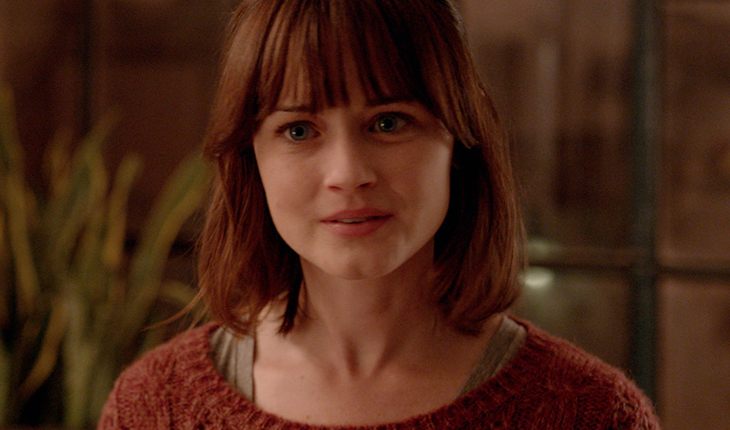 A Frame from Jenny's Wedding
The waitress Molly in Jeff Bleckner's drama «Remember Sunday» was equally memorable. She portrayed a woman with whom the lead character Gus was in love (Zachary Levi), but the thing was that he fell in love with her again and again… 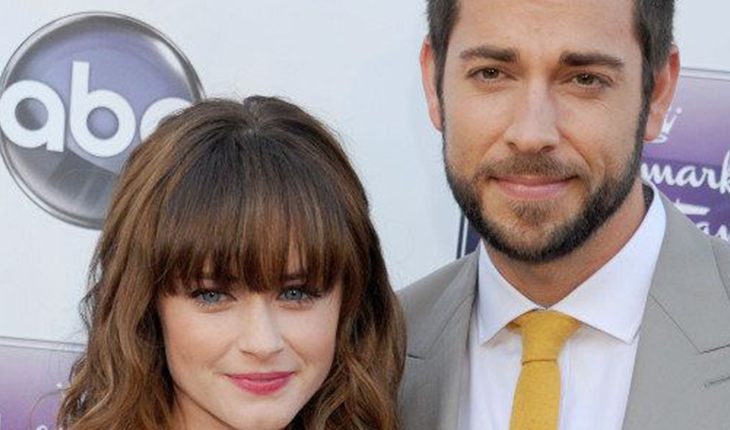 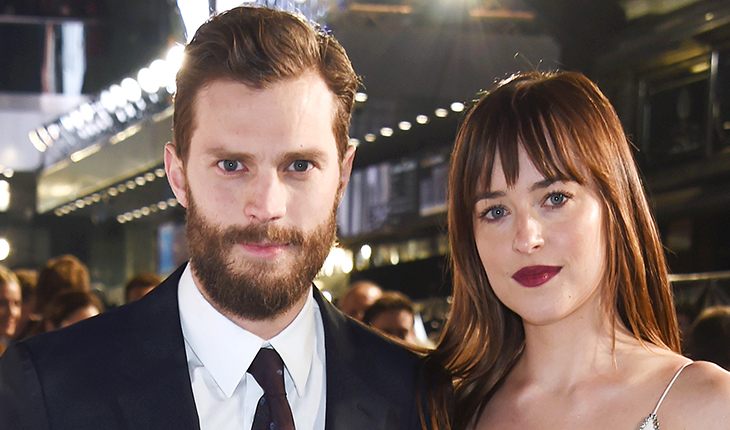 Jamie Dornan and Dakota Johnson
Meanwhile, Bledel got an offer to work in the fantastical project «The Handmaid's Tale» by Mike Barker and Kari Skogland. In the TV series, she portrayed the doctor Emily Malek.

According to Zoomboola.com, in 2000, Alexis fell in love with the actor Jared Padalecki. They dated for almost two years. But they weren't ready for a more serious relationship, so they decided to stay friends. However, another actor could be a reason for their breakup. 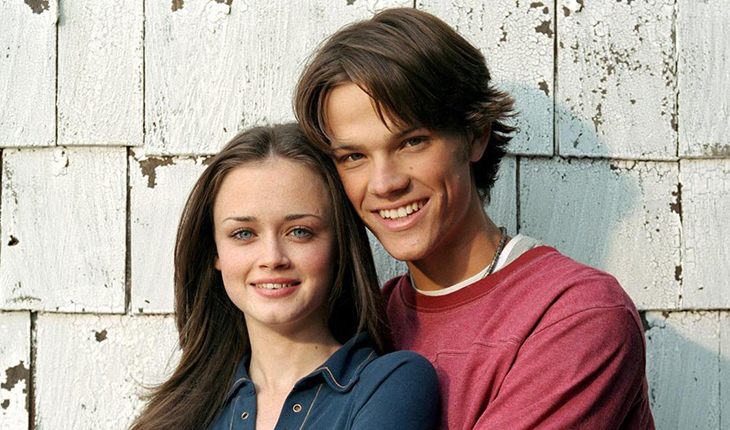 Alexis and Jared Padalecki
On the set of the TV series «Gilmore Girls», the actress met Milo Ventimiglia. Milo and Alexis fell in love and dated for almost four years. But unfortunately, the couple broke up without commenting on its decision. 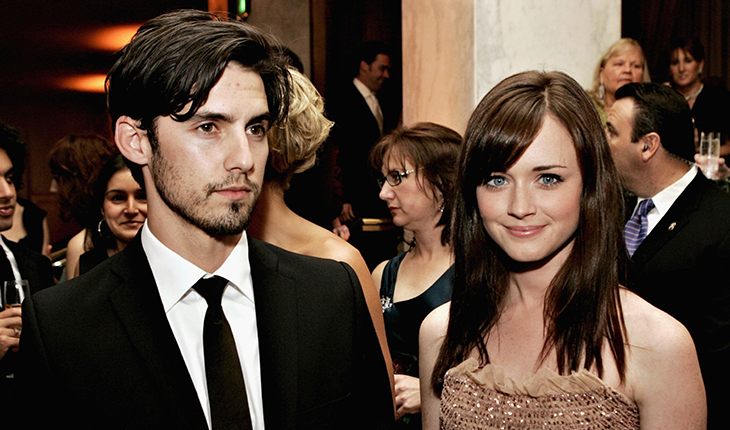 Alexis Bledel and Milo Ventimiglia
The British actor John Paul became Alexis' next partner, but their relationship lasted for less than a year.

After some time, Alexis met Vincent Kartheiser. It happened on the set of the TV series «Mad Men». They dated for 11 months, then they got engaged, and in 2014 the couple got married. They have been happily married for five years. 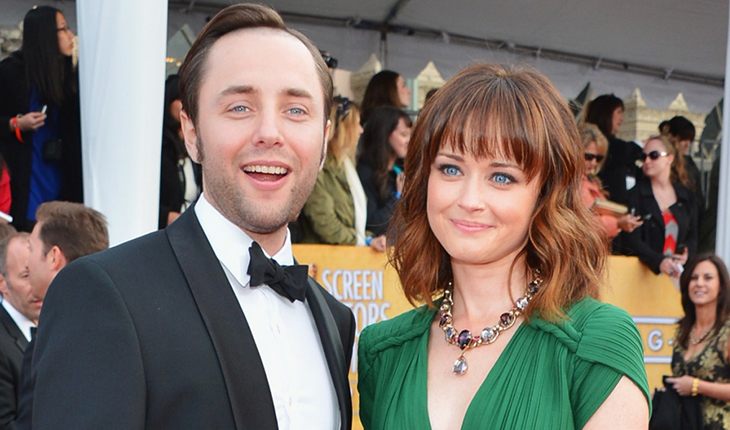 Vincent Kartheiser and Alexis Bledel
They adore their 3-year-old son Luke Danes, who was born in 2015.

After some break, 2019 brought the actress the female lead in the drama thriller «Crypto» by John Stalberg. She brilliantly portrayed Katie, a young woman involved in a secret sale of paintings for cryptocurrency.
Crypto - Trailer
On the set, Alexis met one of a kind Kurt Russell, blusterous Beau Knapp, and reliable Luke Hemsworth. However, all the relations she made were friendly, because her husband also played in the picture. Bledel is going to play in «The Sisterhood of the Traveling Pants 3», but it's still unknown who will produce the picture and who will portray three bosom friends. The scenario for the third film was written by Ann Brashares. Besides her return to the film industry, Alexis raises her son, enjoys traveling and reading. 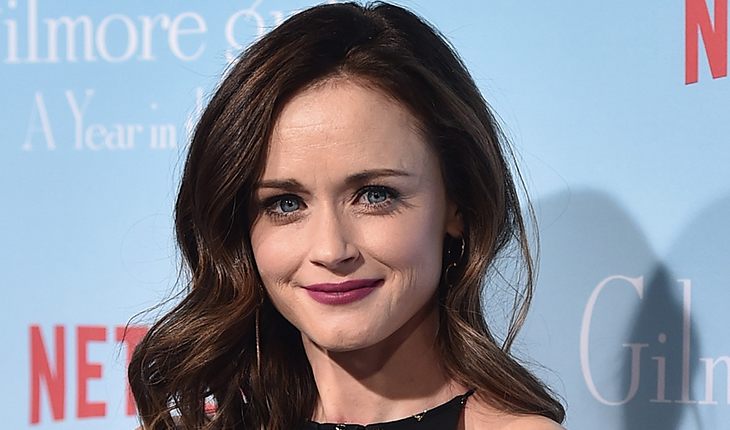 Alexis Bledel Now
The actress collaborates with the First Book enterprise, which distributes books to the poor. She is still a little shy, that's why she doesn't like to give interviews and visit websites dedicated to her career and life.

Rebecca Ferguson who is she
5.5