Main page
World News: Wars, Politics, Economy
In Russia, the judge decided to hold a magical rite at the meeting
Discuss
3
The internet discusses the strange act of the judge of the Leninsky district court of Ufa.

According to the press, the judge Nailya Idiatova encircled her table with a path of salt before the next meeting for some mysterious reason. The act amazed the human rights defenders who came to the meeting that was dedicated to consideration of the claim about contamination of drinking water by the local factory. The judge refused to explain her manipulations. After the incident, a human rights activist Almira Zhukova said that she was going to file a petition for a psychiatric examination of the judge. 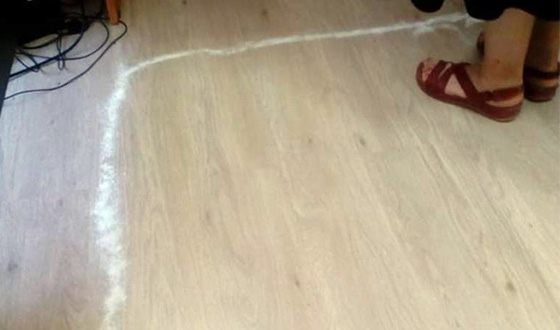 The Bashkirian judge decided to mark the meeting room with salt
According to the lead physician of the Republican clinical psychotherapeutic center in Ufa Ilgiz Timerbulatov, a great deal of stress could bring the judge to such a condition. "Our people are superstitious, such rituals are not uncommon," the head of the clinic notes.