Main page
World News: Wars, Politics, Economy
Moscow kindergarteners accidentally exposed to a hazardous chemical
Discuss
1
Something really shocking happened in one of the Moscow’s kindergartens. Several children ended up getting poisoned from the ingestion of the paint thinner. It was reported that there were 4 victims.

Their caretaker most likely confused the universal solvent with water and gave it to the children to drink. She got the bottle with transparent liquid in the kitchen and was sure that it contained water as she picked it up from the area that is designated for food and beverage storage only.

As it turned out, the bottle contained water with dissolved in it paint thinner. Her colleague admitted to leaving it there after she had used it for cleaning up. As previously mentioned, 4 four or five-year-olds children suffered as the result of the series of unfortunate events and had to be hospitalized. 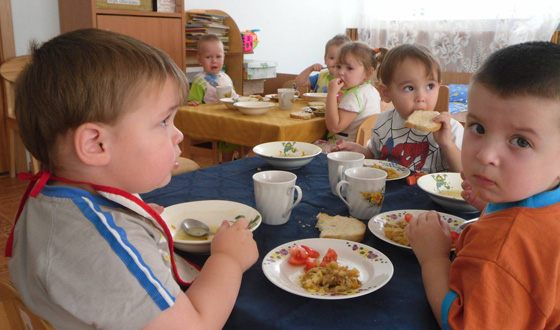 In Moscow kids were poisoned with a solvent
Children in one of Moscow’s kindergartens were given to drink a paint thinner as the result of staff’s recklessness and inattentiveness. An investigation was launched in the kindergarten associated with school #630, and the investigators from the Investigation Committee of the Russian Federation began their inquiries and have already interrogated several caretakers and other members of staff. It is not clear if criminal proceedings will be instituted. Unfortunately, such incidents are not a rare occurrence in the Russian kindergartens. Just in February we covered a case in which a child from a kindergarten in the new district of Moscow froze to death while being taken on a walk.

Constance Wu in her youth
3.9