Main page
Celebrity News
A New Actor Added «Titans» TV Series Cast
Discuss
A New Actor Joined the Team of the «Titans» Series about the Adventures of Superheroes in the DC Universe.

The cast of the series, which will launch this year, was added by Seamus Dever, known for teledrama«Castle» in which he played one of the key characters. It is still unknown whom will Dever play in the «Titans».

At the same time, the other characters in the show were presented to the public long time ago. Minka Kelly will play a character by the name Dove, Alan Ritchson of «Teenage Mutant Ninja Turtles» will act her partner, Hawk. The young Australian actor Brenton Thwaites will play the leader of the Titans, Nightwing, ex-circus performer who trained Batman. The audience may know Thwaites for his roles in the latest «Pirates Of The Caribbean», «Maleficent», and the horror film «Oculus». Also, you will see Anna Diop, Teagan Croft, and Ryan Potter in the show. 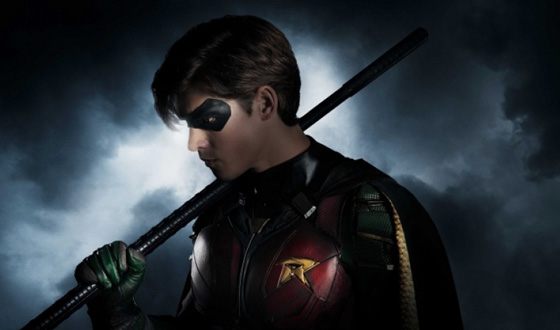 Brenton Thwaites in the role of Nightwing
The first season of «Titans» will include 13 episodes. It is unclear when the show will be released, but Warner Bros Company apparently wants to make the film the nail of its new streaming service dedicated to the DC Comics universe. Interestingly, the shooting of «Titans» was started in 2014. Initially, it was planned to launch on American channel TNT, but this decision was reviewed.

Theresa Mary May in real life
5.6

Jim Parsons who is his father
5.4