The show takes place at the end of the nineteenth century in new York. The investigation is led by three people: police Secretary Sara Howard (Dakota Fanning's heroine), reporter John Moore (Luke Evans), and a psychologist specializing in the criminals by the name of Dr. Laszlo Kreizler (Daniel Brühl). 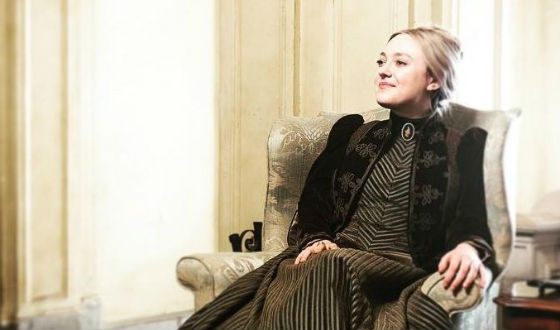 Dakota Fanning in the promotional series «The Alienist»
It is known that the series is based on the novel by famous American author Caleb Carr. The contract is signed for the first season only. It will consist of eight episodes. The showrunners of the series promised viewers a full-fledged psychological thriller in the interiors of the American metropolis aged a century and a half.
«The Alienist» starring Dakota Fanning. Trailer
The trailer of the series «The Alienist» is quite scary. The premiere is scheduled for late January 2018, so you will fail to spend Christmas holidays watching thriller. But you my watch it in the last month of winter.

Donald Trump in his teens
6.0