Main page
World News: Wars, Politics, Economy
The EU has accepted Ukraine`s application for membership
Discuss
The representative of Ukrainian Atomic Energy said that the application for EU membership was successfully registered. It was signed by Volodymyr Zelensky on February 28th. Three days earlier the Ukrainian leader took part in an emergency meeting of the Council of Europe.

He asked to accept Ukraine into the EU under a special accelerated procedure. The leadership of the union has not yet made a final decision on this matter. 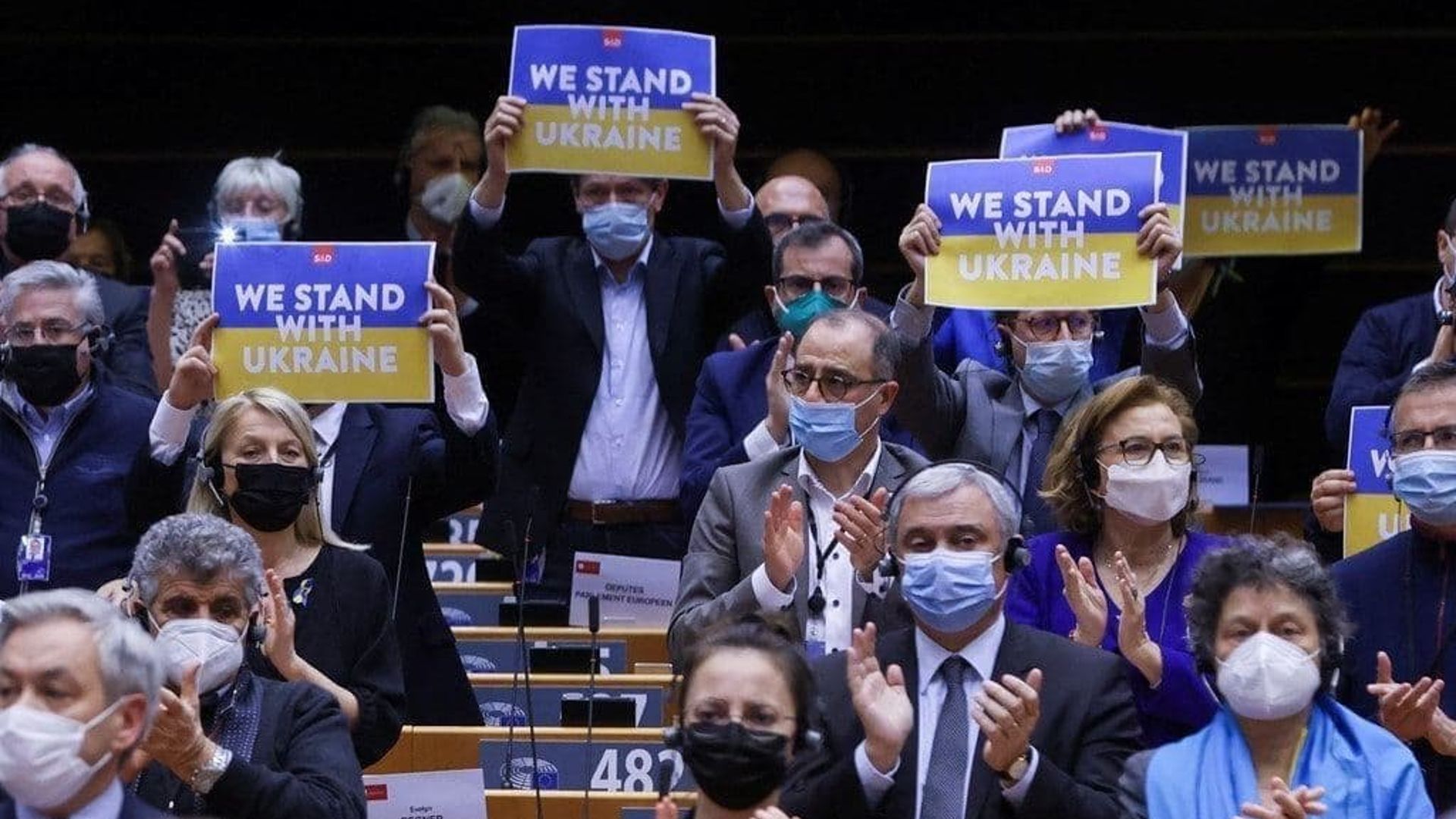 ‘I’ve just handed over Ukraine's application for membership in the European Union to Philippe Leglis-Cost, the EU Permanent Representative of France, which dominates the EU Council. It was signed by Ukrainian leader, President Zelensky. The application has been registered. The review process has started”.
Zelensky`s strongest speech
President of Ukraine Volodymyr Zelensky also noted that the application had been submitted to Brussels.

Zoomboola.com wants to remind that on February 24th Vladimir Putin announced the start of a special military operation in Ukraine. On the 28th of February Russian and Ukrainian delegations had a meeting on the Ukrainian-Belarusian border near the Pripyat River to discuss the situation, but they didn't get any results yet.