Main page
Celebrity News
Til Schweiger and his three daughters: will they follow in their father’s footsteps?
Discuss
Til Schweiger is not only a successful actor and director but also a wonderful father. Married to American model Dana Carlsen, he had a son and three beautiful daughters.

Beauties Luna Marie (23), Lilly Camille (21), and Emma Teeger (17) have appeared on the screen more than once with their father. The eldest daughter was even awarded the Jupiter Award for Best Actress in 2013. Although Luna already has seven roles, today she is much more interested in equestrian sports and shows jumping. Find out what the daddy daughters of other Hollywood stars look like from the selection from Zoomboola.com. Lilly tries herself as a woodcarver. According to the girl, she always wanted to do manual labor. At first, Lilly thought about the profession of a jeweler but soon realized that such a job was not to her liking.

A jeweler is a lonely profession. I like it when people surround me. Also, the world of jewelry is full of snobbery, while I am a very simple person. That`s how I got into carpentry

Emma, who has already played with Thiel in the films "Handsome" (2007) and "Honey in the Head" (2014), has not yet decided on her future profession. But Schweiger made it clear that "none of his three daughters wants to be an actress." 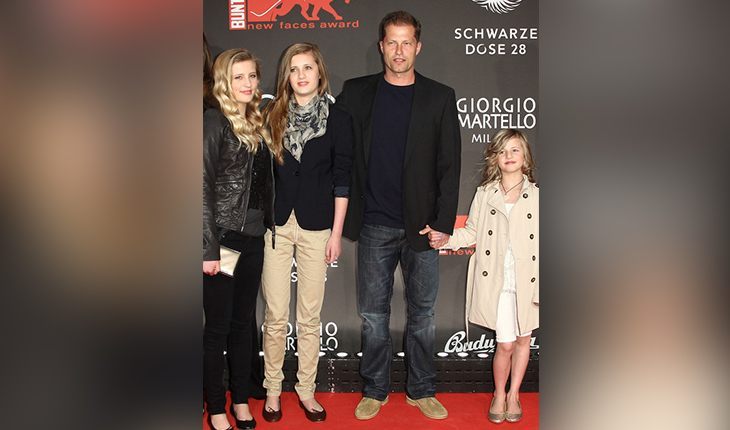 Til Schweiger and his three daughters Luna Marie, Lilly Camille and Emma Tiger
It's a pity because the girls look very organic in the frame. By the way, they do not always get a job in the cinema just like that. For example, Lilly, along with other actresses, had to pass the casting for the role in the comedy Homecoming 1.0 (2018). The girl assures that it was a difficult experience.

Soon, the stellar Schweiger family is expecting a replenishment: from day to day, son Valentin will give the 56-year-old actor his first grandson. And despite the divorce of Til and Dana in 2009, the family members managed to maintain a warm relationship, which the whole world does not get tired of admiring.

Darren Aronofsky how old is he
5.5

Joseph Gordon-Levitt who is his father
5.5