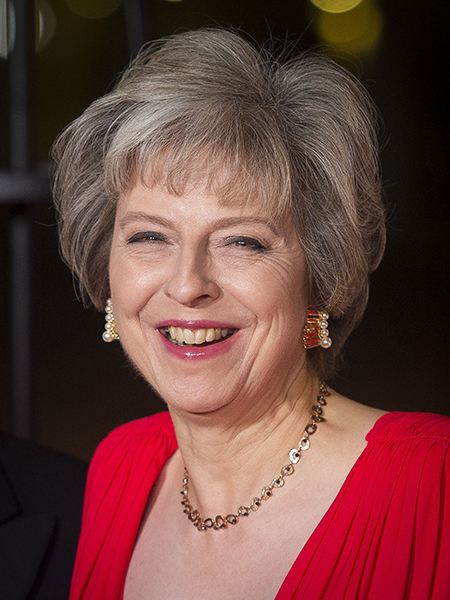 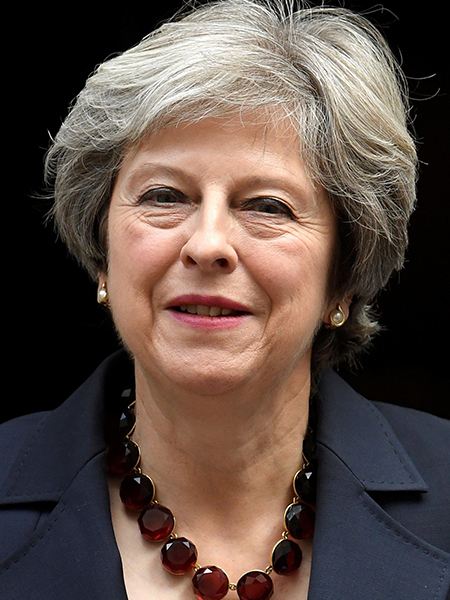 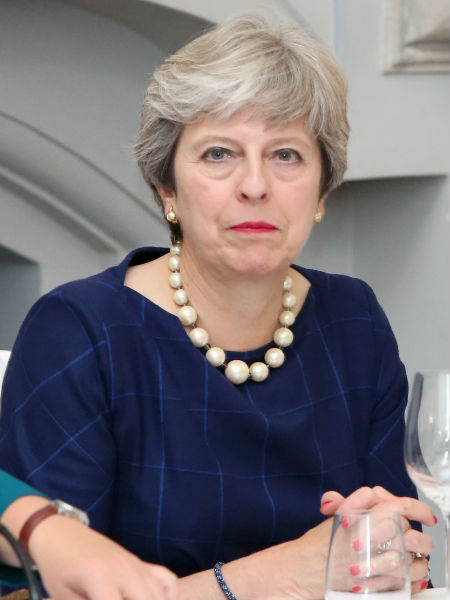 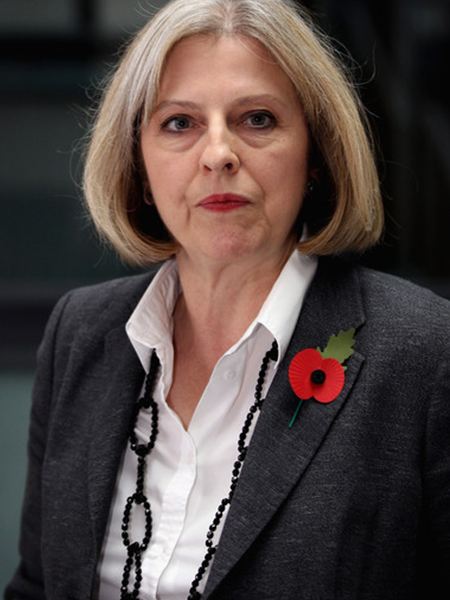 Name: Theresa Mary May (Theresa May)

Who is: politician, Ex Prime Minister of the United Kingdom 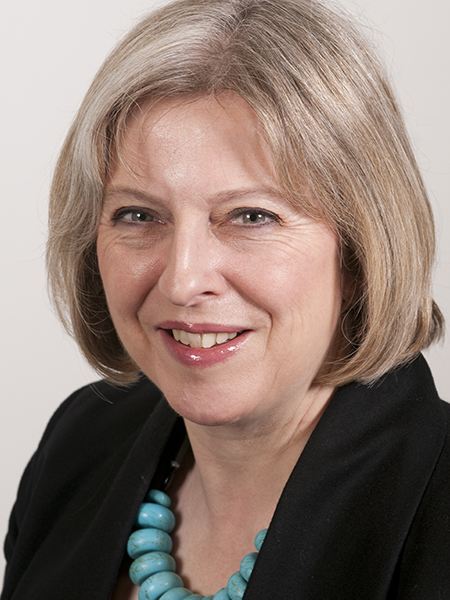 Theresa May is a famous British politician. From 2010 to 2012, she was Minister for Women and Equalities in David Cameron’s government, and subsequently, she was appointed Home Secretary (2010-2016). In the summer of 2016, she took Cameron’s place as the Prime Minister of the UK. Net worth: $5 million. 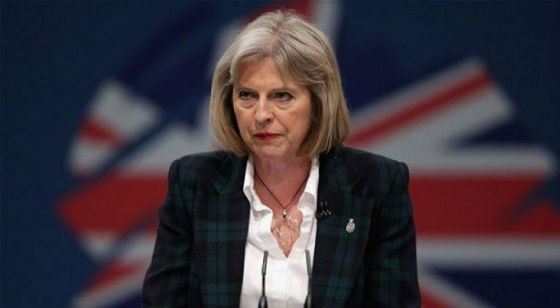 Theresa was born in 1956, in Eastbourne, United Kingdom. Her father was a Church of England clergyman, who later died in a car crash about the time that Theresa graduated from university. After his death, Theresa lost her mother as well, who couldn’t cope with the loss of her spouse. After some time, she found out that she wasn’t able to have children. 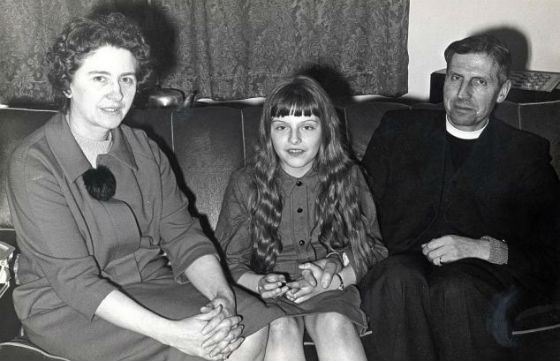 Theresa May in her childhood
The tragedy she had to go through only reinforced her character – she became adamant and courageous. She is used to relying only on herself, trusting her own judgment, and without crossing any lines – qualities she developed from having been brought up in a strict Anglican patriarchal family. 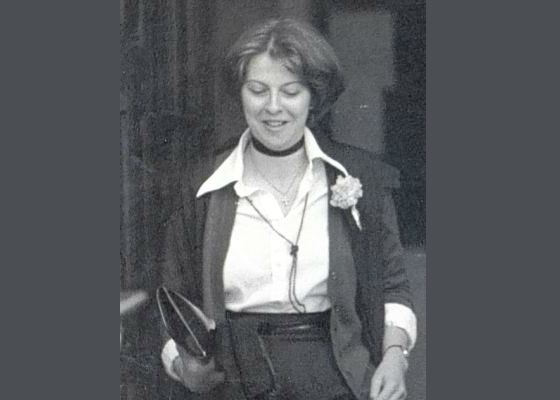 Theresa May in her youth
Theresa May attended a public primary school, at first, then she was transferred to a private one. Theresa successfully graduated from Oxford University, with a BA degree in Geography. Further on, she worked at the Bank of England and at the clearing company APACS.

From 1984 to 1992, May was a local councilor, and then she stood for Parliament for North West Durham, and then in the 1994 by-election for Barking. However, unfortunately, she was unsuccessful. Her first success in politics came in 1997 when she made it to the House of Commons. 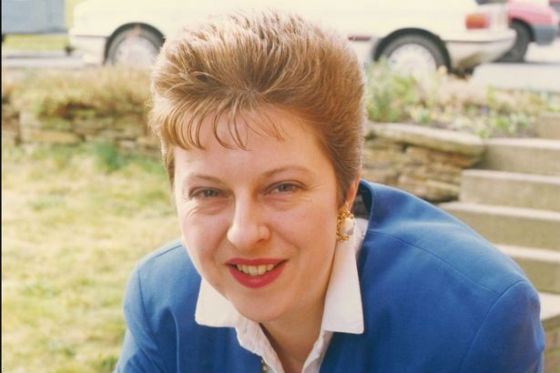 Theresa May at the dawn of her political career (1992)
Right until 2002, May was building her career as a Tory, yet remaining in the shadow. “The grey cardinal of the Conservative Party” – that was what people used to think about her.

In 2002, Theresa was the first woman appointed as Chairman of the Conservative Party. 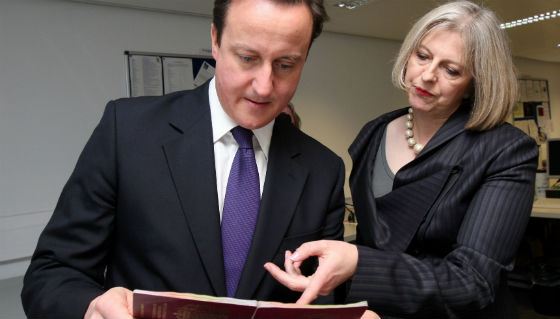 As a member of the House of Commons, Theresa May voted:
- for the invasion of British forces in Iraq;
- against the UK’s integration into the EU;
- against smoking bans in public places;
- against the ratification of environmental laws to combat climate change;
- against the right of gay couples to adopt children, but for same-sex marriages;
- she was always against the flow of migrants

After the victory of the Conservatives from the parliamentary elections from 2010, Theresa was appointed Home Secretary and Minister for Women and Equality. Initially, she was aiming for the position of Minister of Work, as she had similar duties in the Shadow government. However, the post went to Iain Duncan Smith.

According to British media, May was doing a splendid job as Home Secretary, dealing efficiently with the elimination of disturbances on the streets.
Theresa May as Home Secretary
In 2016, a nationwide referendum took place in the UK, which aimed to decide whether the country should stay in the EU or not. At that point, Theresa was supporting the then acting Prime Minister Cameron and she was against the so-called “Brexit”. 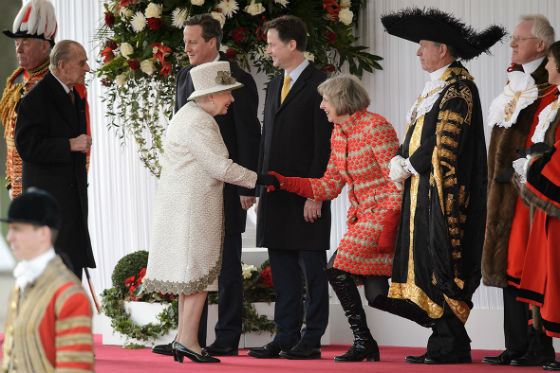 Theresa May and Elizabeth II
According to Zoomboola.com, on July 5, 2016, the first round of voting for the leader of the Conservative Party took place, where she made it to the list of favorites, gaining 165 votes. On July 7 of the same year, during the final round, May got 199 votes. There was one more nominee for the post, Andrea Leadsom, the Secretary of State for Environment, Food and Rural Affairs, who only got 84 votes.

Theresa May is the prime minister. Brexit

In 2016, a popular referendum was held in Great Britain, the results of which determined whether the country would remain part of the European Union. At that time, Teresa supported the incumbent Prime Minister Cameron, and opposed the so-called "Brexit". Later, her opinion changed.

The referendum was won by Eurosceptics, and David Cameron submitted his resignation, after which Theresa May put forward her candidacy for the post of head of the Conservatives, and, therefore, for the post of Prime Minister of Britain.

Theresa May and Elizabeth II
On July 5, 2016, the first round of elections for the leader of the Conservative Party took place, in which the woman was among the favorites, receiving 165 votes. On July 7 of the same year, the final race took place, in which May gained 199 votes. Another woman, Andrea Leedsom, who heads the post of Deputy Minister of Energy, applied for the post but received only 84 votes. Thus, May became the clear contender for the post of the British Prime Minister.
Theresa May's first speech as Prime Minister of Great Britain
On July 11, 2016, her rival withdrew her candidacy. Theresa May was declared the leader of the Conservatives. On July 13, David Cameron handed her over as Prime Minister of Great Britain. In her first speech in office, Theresa May said: “Brexit means Brexit”, thereby agreeing with the will of the people expressed in the referendum.

She got married in 1980. Her husband is Philip John May, an employee at the American financial services company Capital Group Companies. They don’t have any children. 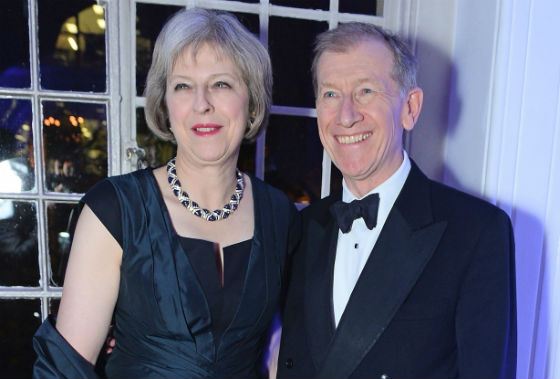 Theresa May with her husband
In 2012, Theresa May was diagnosed with diabetes. Since then, she’s been taking insulin shots daily. 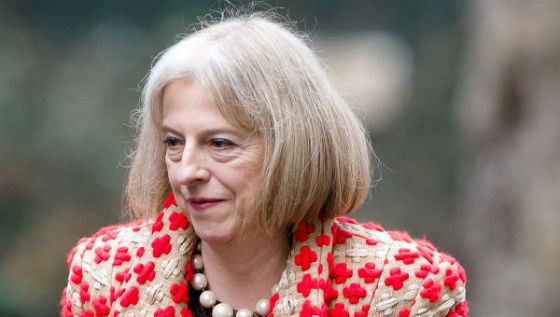 Theresa May was diagnosed with diabetes

On May 24, 2019, Theresa May announced that she was stepping down on June 7 and leaving the post of leader of the Conservative Party. Not holding back her tears, she made a farewell speech in front of the government building on Downing Street. The politician considers the lack of parliamentary support on the Brexit issue and the impossibility of reaching a compromise between supporters and opponents of leaving the EU as a failure.
Theresa May retires

Jenna Ortega where does she live
6.0

Anna Faris does she have kids
5.1