Who is: sportswoman, female tennis player 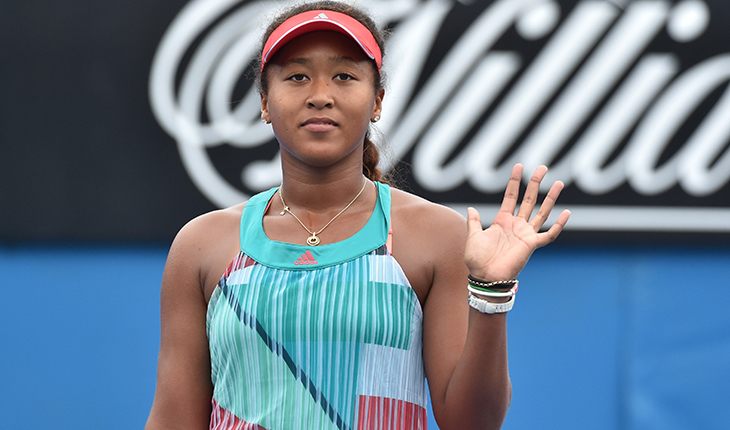 Naomi Osaka was born in 1997 in Osaka, in a very unusual (for Japan) international family. The player’s striking exotic appearance comes from her Haitian father, Leonard François, and her mother, Tamaki, a Japanese native. Her parents met during their student years. 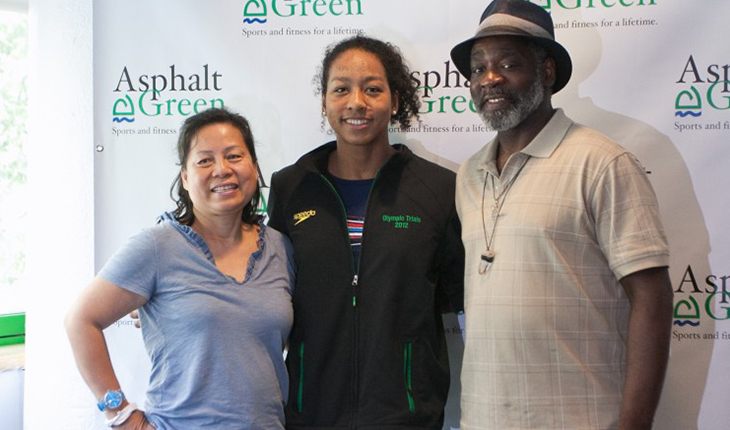 Naomi Osaka with parents
Tamaki’s parents were adamantly against her choice of a husband, so the young family was forced to relocate to Osaka, away from the furious relatives. That’s where both Naomi and her older sister Mari were born. Soon after Naomi’s birth, Leonard became very enthusiastic about turning both his daughters into successful tennis players. 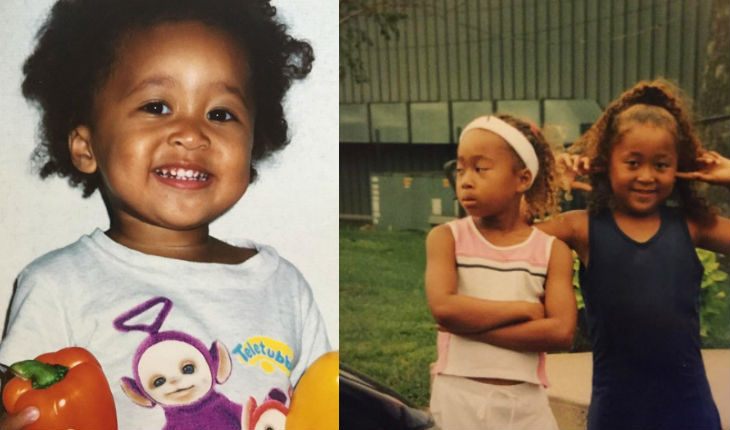 A childhood picture of Naomi
Inspired by the crazy success of the Williams sisters (and especially their exorbitant prize money) Leonard decided to move his whole family to New York and later Florida, a place where all the US top tennis academies were located. Naomi was only three years old when she held a racket for the first time. Mari eventually became a professional tennis player as well, although she hasn’t reached her younger sister’s level of success yet. 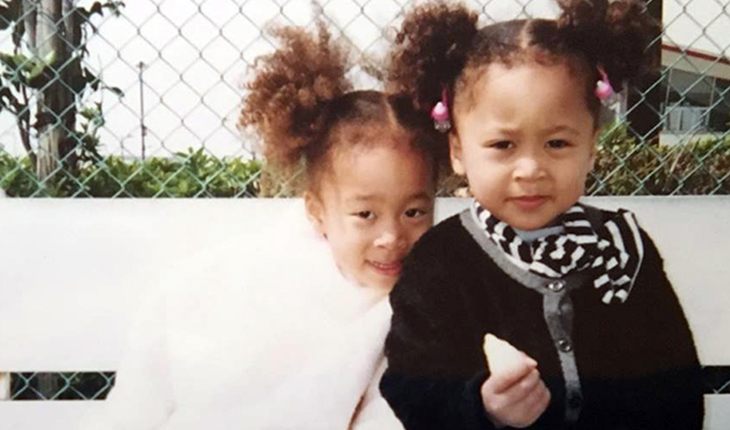 A childhood picture of the Osaka sisters
So as not to sign any long-term contracts that require substantial financial investment, Leonard would transfer the girls from one tennis academy to another. Once Naomi and Mari began winning higher tier matches on the regular, the family started to look for sponsors, who could cover at least some of the costs. 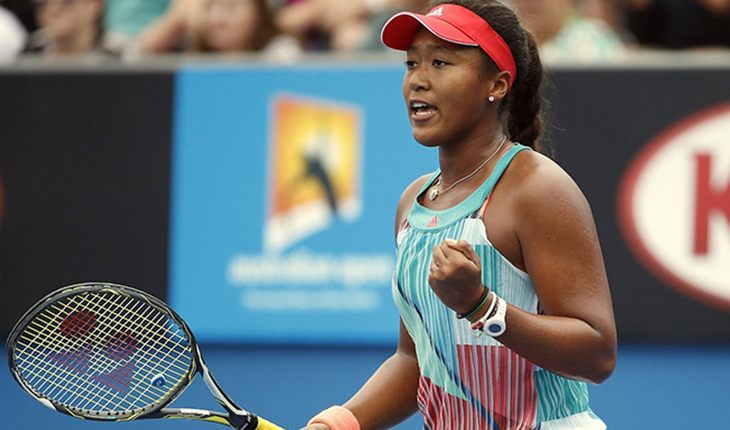 Naomi Osaka
Despite the age difference, it became obvious pretty soon that Naomi was far superior to her older sister. Tennis coaches would point out her physical strength and powerful serve as well as the young player’s stamina, many of her older colleagues would envy.

Due to her height, excellent physique, and superb technique, the 14-years-old Naomi made her ITF debut, completely skipping the Junior Circuit. In June of 2013, the young tennis player made it to her first ITF final, which drew the attention of the whole tennis community. In 2014, the Japanese player made it to another final of the international tournament in Mexico. In the summer of that same year, she managed to qualify for her first WTA main draw at the Stanford Classic, where she defeated Samantha Stosur, the US Open ex-champion. 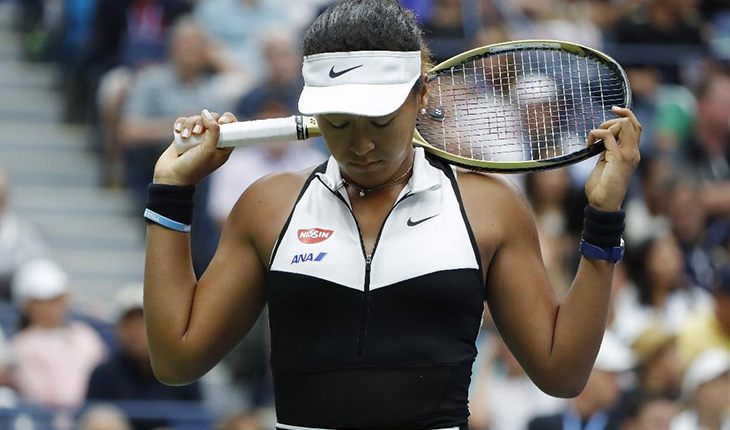 Naomi Osaka in 2014
Osaka played her last ITF match in the summer of 2015, before shifting her focus entirely to the WTA Tour and making the Grand Slam final her main goal. She made her Grand Slam debut in Australia in 2016 and managed to get to the third round there. She reached the third round at Roland Garros and the US Open that same year. At the end of the season, Naomi was named the WTA Newcomer of the Year and broke into the top 50.

According to Zoomboola.com, 2017 was stable although quite an uneventful year in Naomi’s career. She made it to the third round of Wimbledon, debuted at Fed Cup as a part of the Japanese National Team, upset the number six Angelique Kerber at the US Open, and defeated Venus Williams at the Hong Kong Open. 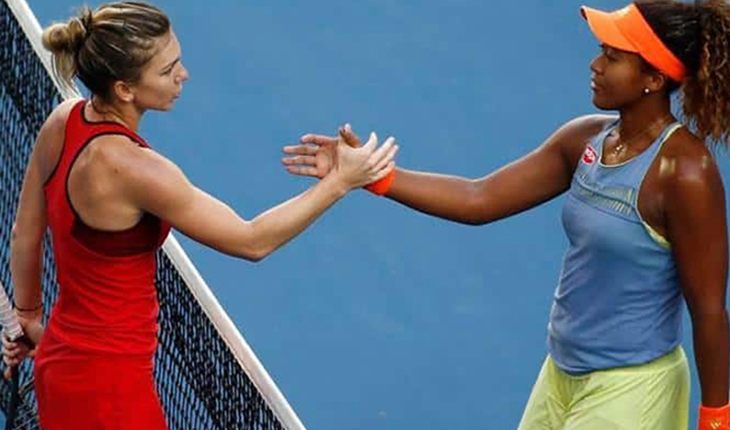 Naomi Osaka with Simona Halep
2018 was the year when the real breakthrough in Naomi’s career came. That year she defeated a number of the acclaimed top-10 players such as Karolína Plíšková, Simona Halep, and Daria Kasatkina, and edged Serena Williams in the epic US Open final to win her first Grand Slam title. The win over her childhood idol allowed Naomi to get to a career-high ranking inside of the top-10 and made her the first Japanese player ever to win a Grand Slam. 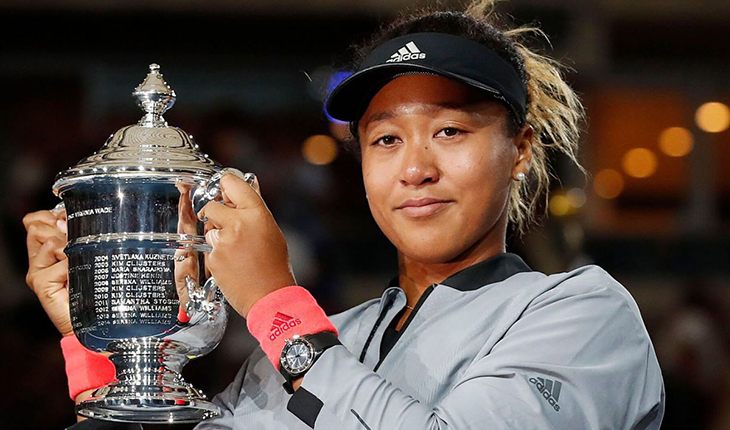 The champion of the US Open
Naomi Osaka managed to get to the end of a Grand Slam tournament for the second time in a row. In the Australian Open-2019 spectacular and stress-filled final, Naomi gloriously defeated Petra Kvitová. However, before the match itself, even the most experienced bookmakers couldn’t with absolute certainty predict the outcome of the battle between the experienced Czech Wimbledon champion and a 21-years-old Japanese sensation. And even more so, since the winner of the match would also become the world's number one racket.
Naomi Osaka with Petra Kvitová
Naomi literally clawed out the victory from Petra’s hands in the last two games. After becoming the Grand Slam champion for the second time in a row, Naomi Osaka became the first Asian tennis player to hold the top ranking in singles.

Just two weeks after her triumph at the Australian Open, Naomi announced that she would be parting ways with her coach Sascha Bajin, who was given the title of the WTA Coach of the Year in 2018. They collaborated for a bit longer than a year and many believe that he is one of the reasons for her unbelievable success. Sascha had previously served as a hitting partner for Serena for eight years. During her press conference, Naomi vaguely replied that the reason for their split lied in some disagreements and had nothing to do with money. Sascha stated that he wished nothing but further success to his former mentee and that one day he’ll write a book about their time together. Another topic that is widely discussed by the media is Osaka’s citizenship. At the time, she had dual citizenship – American and Japanese but decided to renounce her American one since the Japanese law requires those with dual citizenship to choose one by age 22.

According to the tennis player, the choice was easy – although she is only half-Japanese, lived in the United States since she was three, and doesn’t speak her native language fluently, she always considered Japan her motherland and wants to represent her country on the worldwide arena.

The time-consuming professional tennis career doesn’t leave much time for Naomi to get into serious relationships or, at the very least, to go on some dates. She predominantly communicates with her peers and friends through social media and considers her compatriot, Kei Nishikori, to be her close friend and a role model. 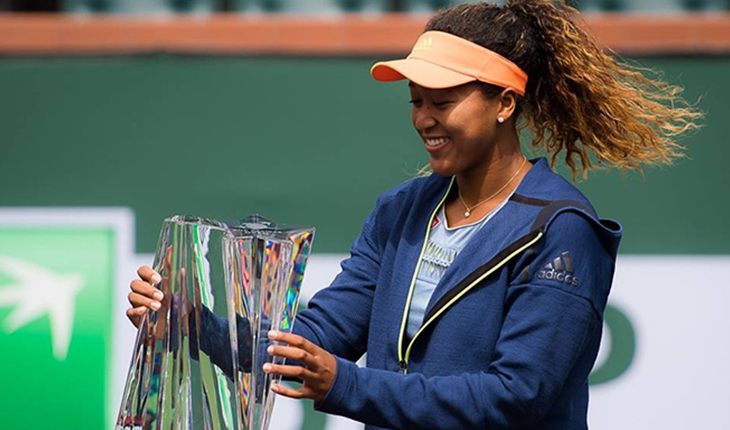 Naomi Osaka in 2018
Both Naomi and Kei became true idols for the Japanese youth, which is quite strange for the shy rising star, who still can’t get used to this mass adoration. According to Naomi, she is very introverted and would rather spend her free time at home with her family than go out and party. She is a big fan of pokemon and traditional Japanese cuisine.

Osaka's sports career has provided the girl with numerous advertising contracts, the amounts of which are calculated in numbers with numerous zeros: the girl in the face of the Shiseido cosmetics brand, collaborates with Citizen, Nissan, All Nippon Airways, Procter & Gamble, and Adidas, and plans to launch her own streetwear line with Nike. In 2018, Osaka took part in a tournament in Tokyo - in this competition, the tennis player reached the final, but lost 4-6, 4-6. The WTA Final Tournament also ended unsuccessfully for her - Naomi failed in three matches and took fifth place in the singles ranking. However, at the beginning of 2019 in Brisbane, the athlete managed to reach the semi-final, and later Osaka came out to fight for the title of the first racket of the world against the Czech athlete Petra Kvitova. Naomi managed to win and get to the top of the world singles ranking.
Naomi Osaka vs. Victoria Azarenka, 2020
In 2020, Naomi Osaka had to suspend her competitive activity a little due to the coronavirus pandemic, but in September of the same year she participated in the US Open and beat Victoria Azarenko, becoming the first tournament win in a quarter of a century to win after losing a set.

Jake Gyllenhaal does he have kids
5.8

Elisabeth Moss where did she study
4.0

Kristen Stewart who is her father
6.0