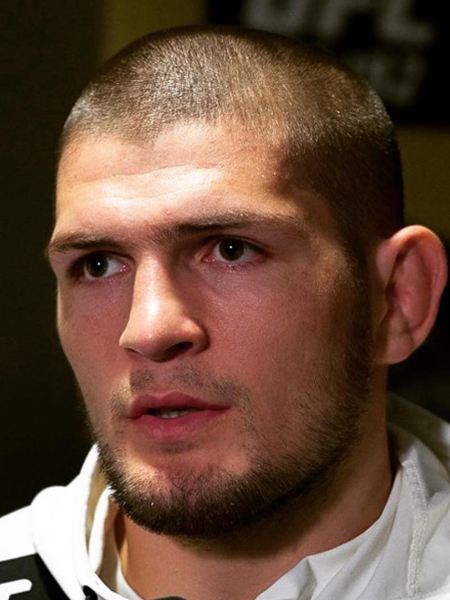 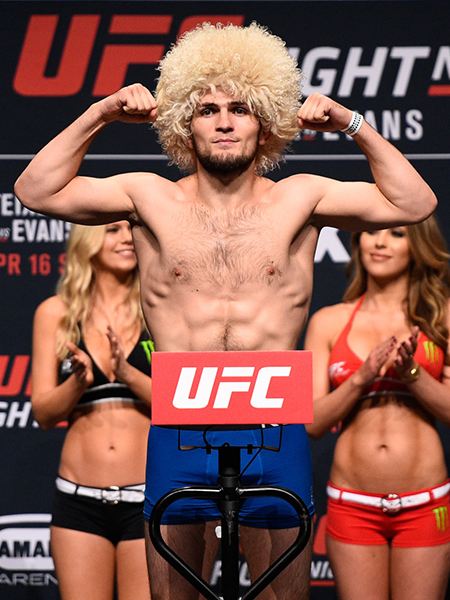 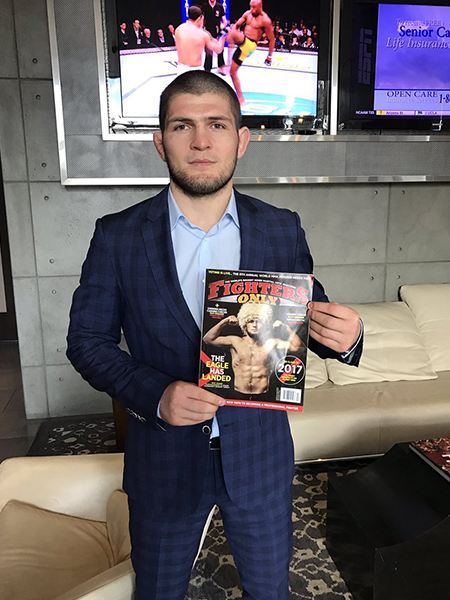 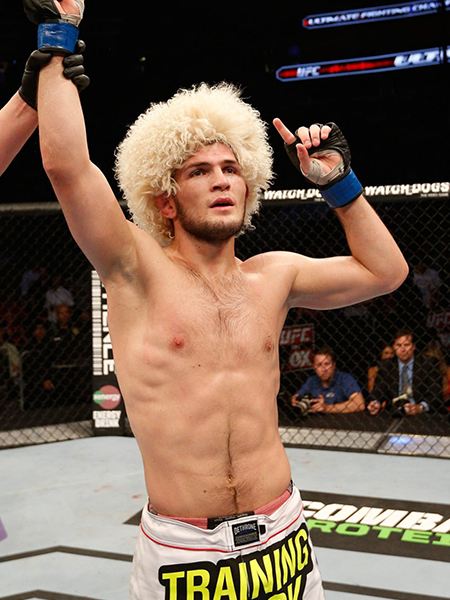 Who is: sport coach, MMA fighter 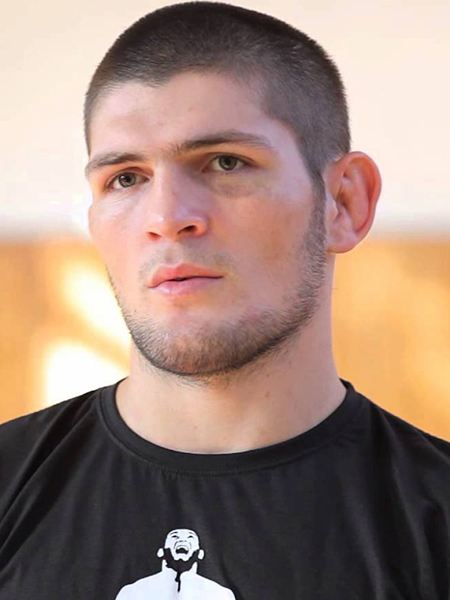 Khabib Abdulmanapovich Nurmagomedov is a mixed martial artist from Dagestan, has received the nickname «Eagle» among athletes. He performs at lightweight in the UFC. After the battle with El Yakvinta in April 2018, the athlete became the first Russian in the history of the UFC with the championship title. Net worth: $30 million. 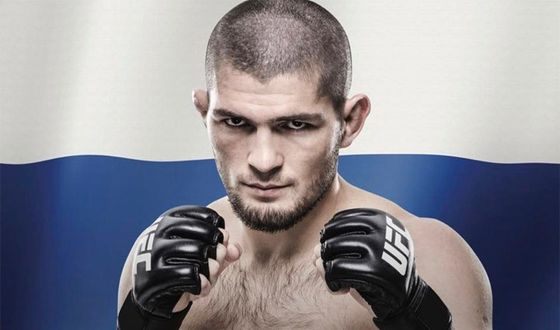 Khabib was born on September 20, 1988, in a traditional Avar family from the small Dagestanian mountain village of Sildi. Almost all local men were hereditary wrestlers, and Khabib's relatives were no exception. His father Abdulmanap Nurmagomedov is a master of sports in freestyle wrestling, his father's brother is the world champion in sambo in 1992, and his maternal uncle is a titled wrestler. 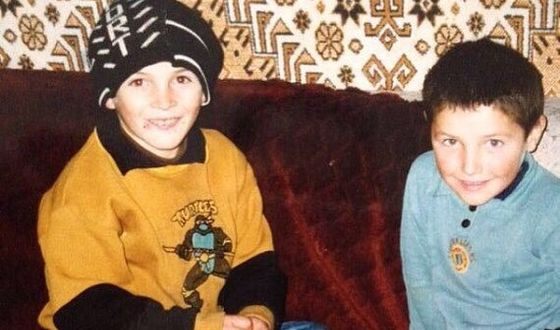 Khabib Nurmagomedov as a child with his brother
It is not surprising that both Khabib and his younger brother Abubakar followed in the footsteps of eminent relatives and from an early age took a great interest in wrestling. Their first coach was their father, who almost from the cradle prepared his sons for the fight ring. From the age of three, Khabib began to master elementary wrestling elements, and at the age of five, he already got in the ring. 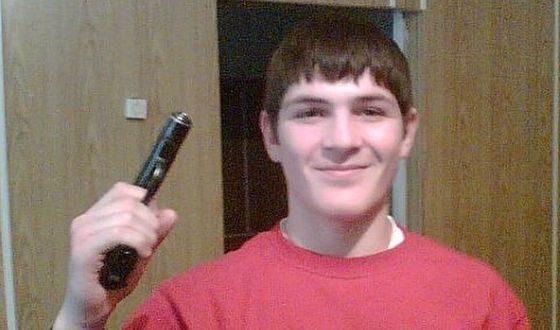 Khabib Nurmagomedov in his youth
When a boy was ten, the family moved to Makhachkala. There, his father had an opportunity to recruit his own group of young talented athletes, including Khabib. Until the age of fifteen, he was not much different from the other boys: he went to school, regularly attended training sessions, and often fought with the street guys. At some point, Khabib wanted to get a job of a security guard to earn some money, but the whole family opposed it.

Sport, his father said, is also a job, and it is hard, and a professional athlete should not think how to make a living, otherwise, he will never reach the top.

Becoming more mature and stronger, the guy began to stand out against the background of his rivals, and the father-coach realized that his eldest son is a unique nugget, who can force the whole world to speak about him. If before that Abdulmanap Nurmagomedov was more interested in judo and saw his son as a future champion in the tatami, then he realized that Khabib was a potential leader in mixed martial arts. In addition, the guy himself leaned toward combat sambo. 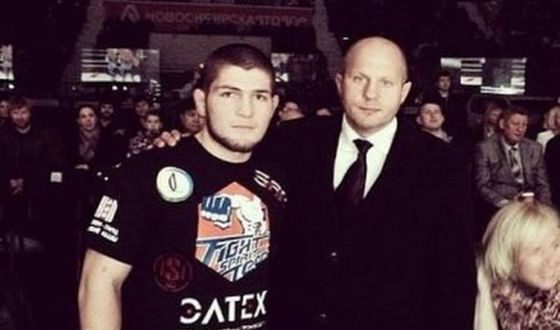 Khabib Nurmagomedov and his sport idol – Fedor Emelianenko
Sambo-wrestlers were also his idols – Fedor Emelianenko, Rustam Khabilov, Rustam Mukhtarov, whose skill he continues to admire so far. A talented fighter was able to learn something from each of them, and thanks to the efforts of his father, who gave him excellent initial training and instilled confidence in himself, Khabib's sports career steadily rushed up.

At the age of 23, Nurmagomedov became the youngest Russian wrestler in the history of the UFC. The Americans immediately appreciated the skill of Khabib and invited the prospective athlete to his organization. From that moment on, the worthy son of the Avar people, nicknamed "Eagle", held many fights on the main rings of the world, each of them ended in his triumph. The symbol of the wrestler was a shepherd's cap – this is how he expresses the pride of his people and devotion to the traditions of the Avars. 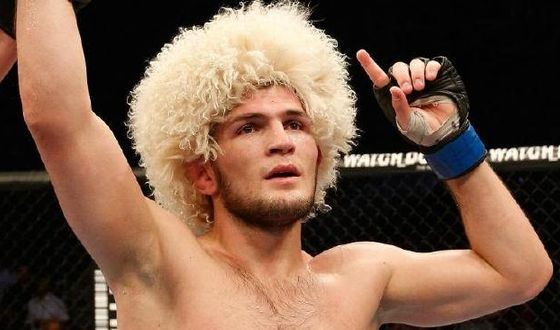 Khabib Nurmagomedov "Eagle" and his symbol shepherd's cap
Khabib was able to confidently knock out and defeat with his «special» chokehold the strongest rivals such as Gleison Tibau (July 2012), Kamal Shalorus (January 2012), Thiago Tavares (January 2013).

2014-15 years were difficult for the athlete: he received several complex injuries and was out of order, although he retained the status of undefeated. In 2016, he triumphantly returned to the ring, confidently defeating Darrell Horcher.

The fight with Michael Johnson finally confirmed the high level of training of the Russian wrestler: the American underestimated the opponent and was defeated in the third round. The judge was forced to stop the fight, as Khabib used a submission lock – Johnson could not even ask to stop the fight. 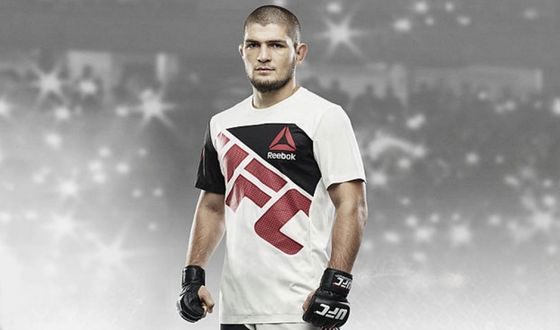 Weight of Khabib Nurmagomedova is 70 kg (154 lbs)
Several times Khabib Nurmagomedov's fight with Tony Ferguson failed. They were supposed to meet in the ring in the summer of 2014, but plans were disrupted by the trauma of the Russian wrestler. In April 2016, the fight did not take place because of Ferguson's injury. The fight was postponed until March 2017 and again a failure: before weighing, Khabib was hospitalized with suspicion of kidney stones.

A lot of splashes were made around the failed fight of Khabib Nurmagomedov and Conor McGregor, a daring Irish nicknamed «Unreal». Immediately after the victory over Michael Johnson, not yet descended from the ring, Nurmagomedov called Conor to a duel, naming him «an Irish chicken».

McGregor did not begin to practice on a «trash-talk», but hinted that Nurmagomedov needs to earn the fight with him. However, in the summer of 2017, he changed his mind. Being in full preparation for a fight against boxer Floyd Mayweather (and according to the rules of boxing), he still expressed a desire to fight with the abuser in Russia. Later, Khabib said in an interview that the probability of their meeting in December 2017 is very high. 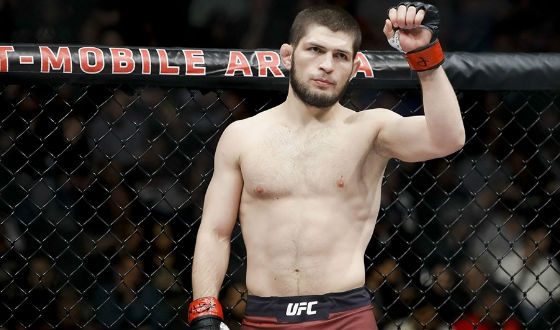 The wrestler is confident in his abilities
However, on December 30, 2017, Nurmagomedov met in the ring not with McGregor, but with Edson Barbosa, a fighter from Rio de Janeiro. The father of the Russian athlete noted that Barbosa is a great fighter, but by the second round «everything will sort itself out». So it happened, and Khabib's advantage was obvious already in the first round. In the third round, the Brazilian, bravely standing up to the end, fell, and Nurmagomedov was scored with the 9th victory in the UFC and the 25th – for the entire sports career.

According to Zoomboola.com, on April 7, 2018, Khabib was finally to meet with Tony Ferguson in the ring, but the fight was canceled again. This time through the fault of Tony – he was injured. Nurmagomedov learned the day before the fight about the fact that Al Iakvinta will come in the ring against him instead of Ferguson. The fight ended in the victory of Nurmagomedov (although Al stood all 5 rounds, and Khabib failed to finish the fight ahead of schedule) and in awarding the athlete with a belt of lightweight champion. Thus, he became the first Russian mixed martial artist, who won the UFC champion title.
Habib Nurmagomedov after the fight with El Yakivinta
The Russian still wants a fight with Ferguson and McGregor. Khabib believes that the Irish fighter will not come out against him since his defeat is certainly obvious. According to experts, athletes warm up the public's interest in their fight. Proof of this can serve as an attack on the bus of Nurmagomedov before the fight with Al Yakvinta.

Khabib professes Islam, he does not drink or smoke, he regularly makes a pilgrimage to Mecca with his brother and strictly observes all the basic commandments of the Koran, including does not fight during Ramadan.

For me, fasting in Ramadan is more important than any fight

He tries not to dedicate anyone to his personal life, so until now people around him have not seen the face of his wife, carefully hidden behind a dense veil. She spends all her time at home, raising a daughter (born in 2015) and two boys (born in 2017 and 2019) and prays to Allah for the success and prosperity of her famous husband. 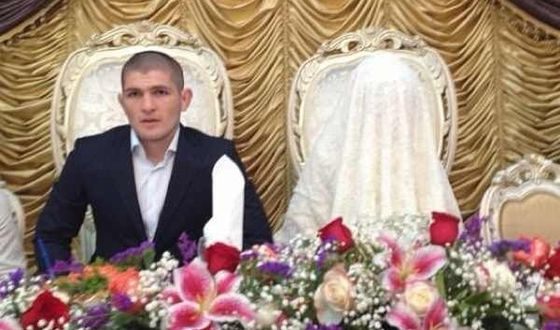 Khabib Nurmagomedov and his wife
Many well-known personalities are on friendly terms with the wrestler, including Ramzan Kadyrov, the head of Chechnya. In the spring of 2017, Nurmagomedov visited a famous boxer, Mike Tyson. The sportsmen exchanged gifts: Tyson gave the guest a glove with an autograph, and Khabib presented the same hat as his own. 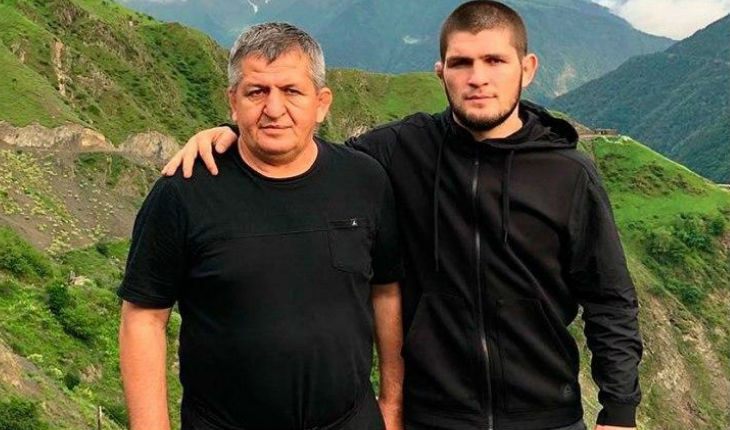 Khabib Hurmagomedov with his father Abdulmanap
In May, 2020 Khabib's father got a Covid-19. He was fighting the disease, but it was stronger. On 3 of July, Abdulmanap Nurmagomedov died. On 24 October, Khabib entered the ring against Justin Gaethje and knocked out the opponent in the second round. In octagon the fighter took the gloves off and made a speech. He dedicated the fight to his dead father and announced the end of the career.

After that, Khabib told about the beginning of the coach career. He took his cousin Abubakar Nurmagomedov under his wingю 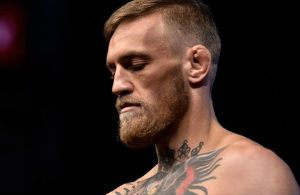 June, 12 , MMA fighter Conor McGregor posted a new photo where he is sitting in a car and his beard is shaved. «Shaved me beard, what ya’s reckon?» -... 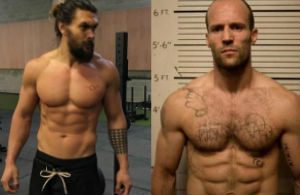 Rebel Wilson in her youth
4.2

Zach Galifianakis where does he live
4.6

Nicole Kidman who is her mother
6.0