Juan Guaido – is the new face of politics, an activist, who is also being called a man of action and consensus, the opposition leader and parliament speaker of Venezuela; in the January of 2019, he self-proclaimed himself as the new president, preceded by Nicolas Maduro, being recognized as such by many countries, including the US. 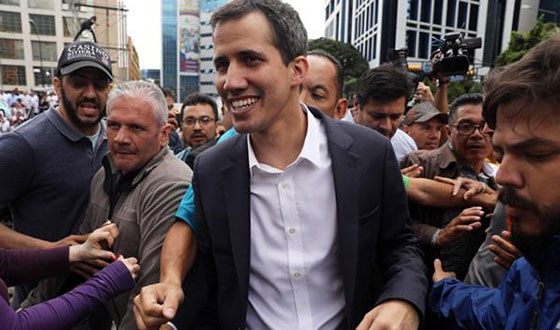 The leader of the Venezuelan opposition – Juan Guaido

Juan Guaido was born on July 28, 1983, in the capital of state Vargas – the city of Guaira, located on the shore of the Caribbean sea. His father was an airline pilot and he died young, and his mother was a teacher. 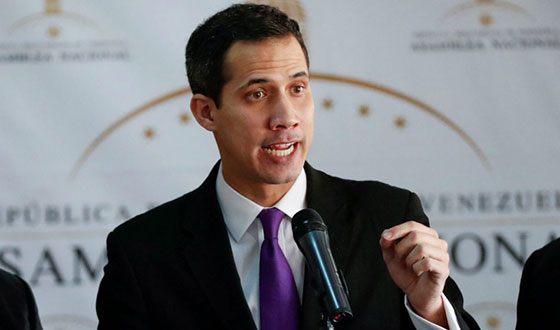 Juan Guaido’s difficult life lead him on the path of politics
Until 1999, Juan’s mother, he, and his five siblings were living in their own house which was later completely destroyed by floods, so the family was left on the streets. According to the Red Cross, the flood’s victim count was over 100.000 people, with a total of 10.000 bodies discovered. The rest were either washed away in the sea or were buried under debris, which was left untouched up until 2019.

According to Guaido himself, who loves repeating the sentence “I know very well what it’s like to starve, but I’m not a victim, I’m a survivor”, this tragedy was the one that shaped his political ideology: the tragedy which his family and he had to go through, and the complete inaction of Hugo Chavez’s government, who refused to offer any support to the victims.

According to Guaido himself, who loves repeating the sentence “I know very well what it’s like to starve, but I’m not a victim, I’m a survivor”, this tragedy was the one that shaped his political ideology.

Juan was the only one among his siblings who managed to get a degree (in industrial engineering) at the Andres Bello Catholic University in Caracas, Venezuela. After graduating in 2007, Guaido completed two postgraduate programs at the George Washington University.

In his student years, Juan was member of the Student Council which were protesting for the launch of social reforms, the implementation of a free educational and medical system. They also protested against the maximum number of terms one can be president, as well as against the extension of the presidential term. 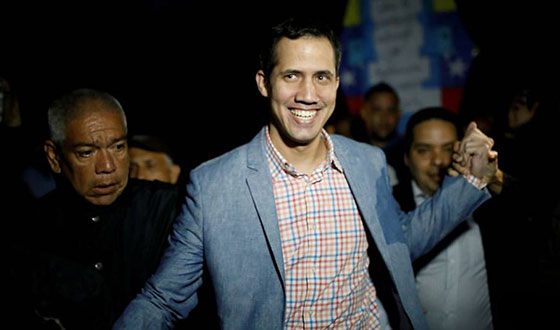 Juan Guaido also studied in the US
Coming back to the US in 2009, where he studied public administration, Guaido joined the Popular Will movement, which later on gained the status of a political party. Together with Leonardo Lopez, the former mayor of Caracas who spent several years in prison and who was under house arrest, Guaido asked for Hugo Chavez’s resignation, and then of his successor - Nicolas Maduro.

In the period between 2010 and 2014, he was the alternate national deputy for the state of Vargas in the National Assembly. In 2015, he won the election and became a full-seat deputy himself, focusing his activity around the corruption that was taking place, according to him, because of president Maduro’s support. 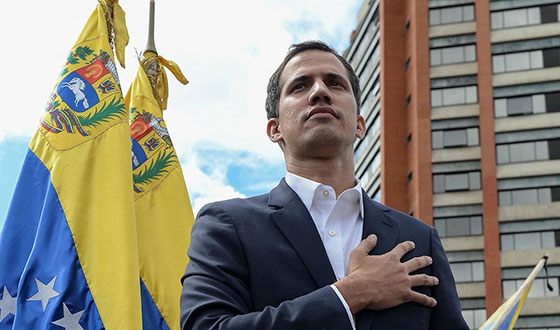 In 2015, Juan Guaido became a deputy
His splendid and brave appearance on the political arena has earned him the reputation of a fighter against corruption and against the opposition towards economic reforms, which plunged the country into poverty. In 2018, the politician became head of the legislature’s opposition called “Democratic Unity Roundtable”.

According to Zoomboola.com, in 2012, Juan met Fabiana Rosales, who, having graduated with a degree in social journalism from a university in Caracas, quickly joined the activists of the party “Popular Will” and became close friends with Guaido. 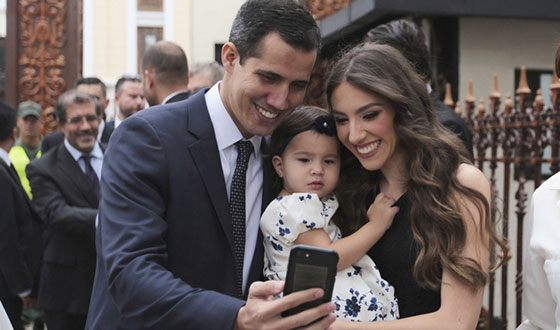 Juan Guaido with his wife and daughter
Having received the blessings from Fabiana’s godfather and their mothers, they got married. In 2017, they had a daughter - Miranda Eugenia Guaido Rosales.

At the beginning of January 2019, Guaido was elected federal deputy to the National Assembly and became the speaker of parliament. Right after his being instated, he started insisting on the fact that Maduro’s presidency is illegal and proposed to create an opposing legislature. 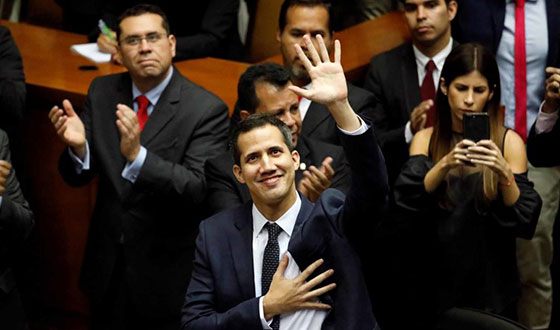 Juan Guaido became the federal deputy to the National Assembly of Venezuela
After his initiative, the citizens of Caracas were summoned to a meeting that was meant to discuss the end of Maduro’s dictatorship. On January 11, the meeting transformed into a mass protest. Thanks to the support of the student movement lead by Rafaela Requesens and Marlon Diaz, as well as the trade union leader Jose Elias Torres, Guaido declared his plan to overthrow Maduro and called the soldiers of the National Army to attend the protest and join the side of the citizens, in name of all the values that democracy stands for. 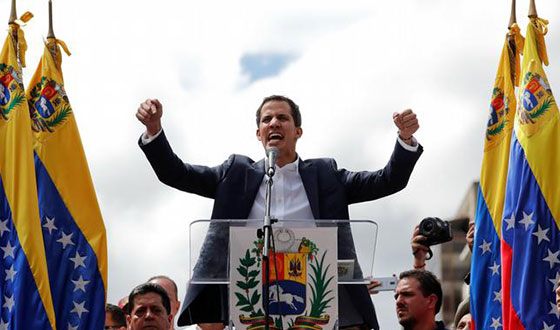 Juan Guaido united Venezuela’s opposition
Almost all the citizens of Caracas and citizens of neighboring cities joined the protest. On January 13, Guaido was arrested by the Bolivarian Intelligence Service while he was headed to another meeting. Thanks to his wife’s and his partner’s involvement, the video of his detention became viral, and in less than an hour - he was released. The National Army didn’t respond to his summoning and during the mass protests, hundreds of people were arrested and dozens were killed. < br>
On January 23, he became the head of the temporary government and proclaimed himself acting president of the country, at least until the movement to overthrow Maduro is over.
Juan Guaido took up the mantle of Venezuelan presidency
After two hours of his self-manifestation, his presidency was recognized by the president of the US and the government of Canada, by Luis Almagro, the current Secretary-General of the Organization of American States, as well as by Argentina, Brazil, Colombia, Chile, Paraguay, and Peru. The presidents of Mexico, Cuba, and Bolivia refused to support Guaido, calling him a rebel. The government of Venezuela forbade him to leave the country and froze his bank accounts.

In April 2019, Venezuela's National Constituent Assembly stripped Guaido of parliamentary immunity. In 2020, the British Supreme Court recognized Guaido as President of Venezuela, but he still has not acquired a full-fledged status. In the European Union, this decision was also considered, however, as a result, 27 member countries of the bloc made a negative decision.