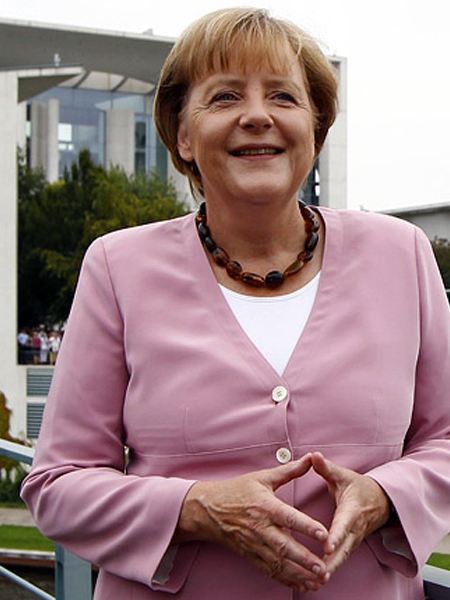 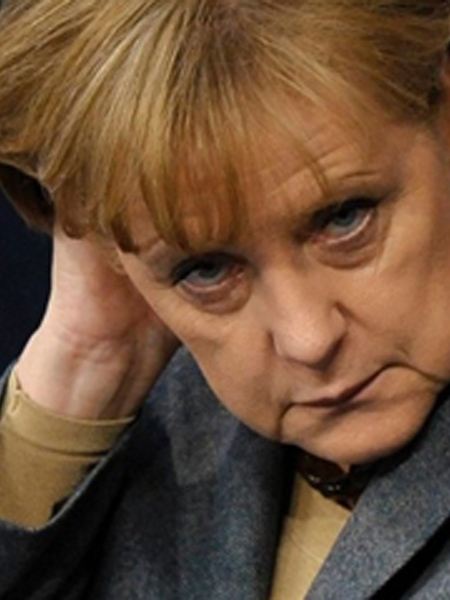 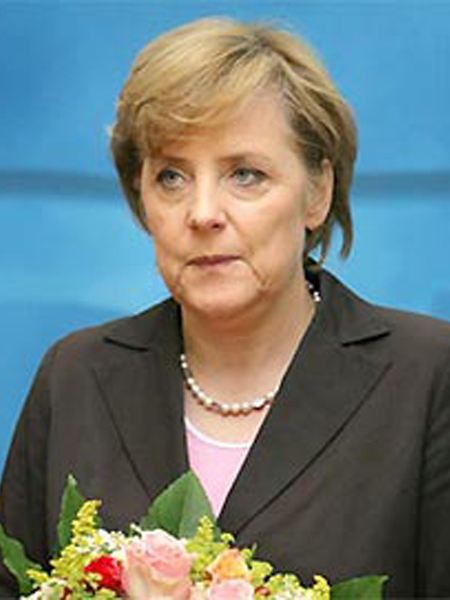 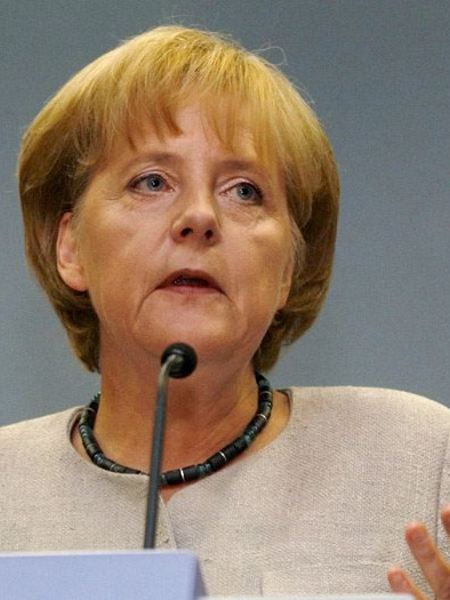 Who is: politician, ex-Chancellor of Germany 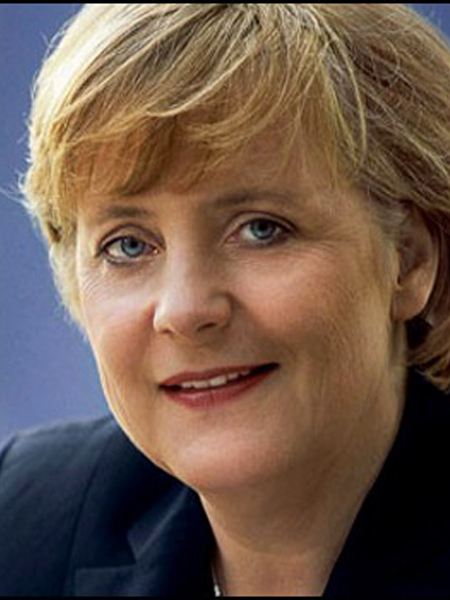 Angela Dorothea Merkel (née Kasner) is an influential European politician, head of the German Federal Government, who has become the only female chancellor in the country's history. Net worth: $11 million. 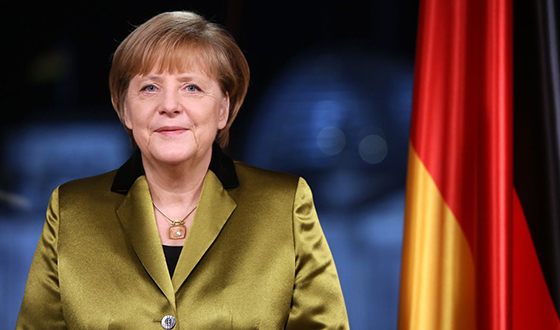 In the photo: Angela Merkel
Under her leadership, Germany gained economic strength, while Merkel herself became a symbol of stability in Europe and a key figure in solving the most difficult issues of European politics: from tackling the refugee situation to administering measures to consolidate the European continent in the face of disagreements with the head of the White House Donald Trump.

The European Iron Lady, as she is called in the media, became the fourth Chancellor and broke the record of being at the top of power set by Margaret Thatcher, who had served as prime minister of Great Britain for 11 years. A number of political experts believe that in 2019 Merkel could leave her position and lead the European Council, replacing Donald Tusk. 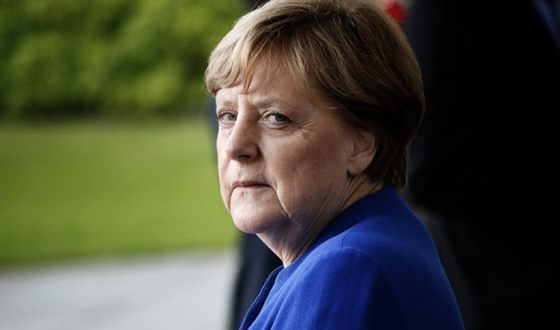 « The European Iron Lady» Angela Merkel
Some analysts point to a weakening of Merkel’s position in the political arena and express fear that due to this Europe might be facing the advent of an era of instability.

The future "defender of Western liberalism" was born on July 17, 1954, in West Germany. When Angela was still a baby, her family moved to the GDR, after her father, a Lutheran clergyman Horst Kasner, received a pastorate in Perleberg. He is a native of Berlin with Polish roots. The native city of Angela’s mother, a teacher of English and Latin named Herlind, née Jentzsch, was Danzig (now Gdansk, Poland). 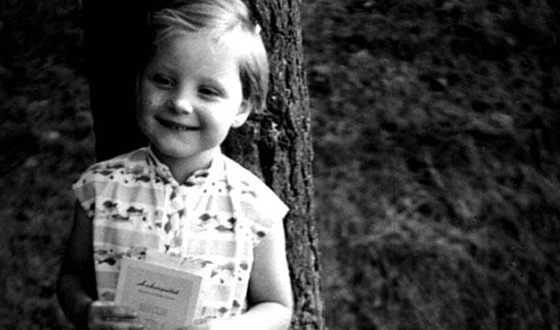 Angela Merkel as a child
In 1957, the family moved to the town of Templin, located 90 kilometers north of Berlin, where the other two children – the son Marcus and the youngest daughter Irena – were born. The father was then instructed to direct the local pastors' college. 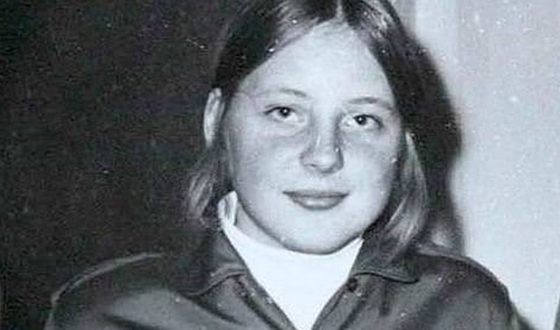 Angela Merkel was a Young Pioneer when she was at school
Between 1961 and 1973 the young Merkel was a student at a secondary polytechnic school, and, as befits a daughter of a priest, she was a modest and quiet girl, who pleased her relatives with excellent academic performance. She especially excelled in sciences and foreign languages, was a Young Pioneer, a fan of The Beatles, and an active member of the Union of Free German Youth. 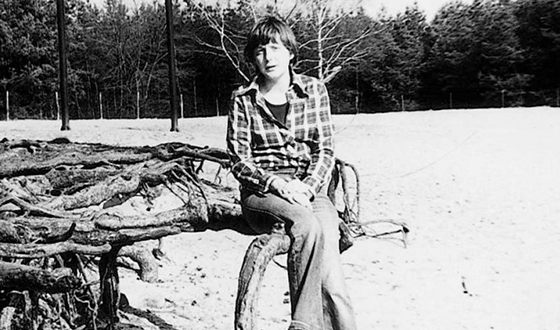 Angela Merkel in her youth
After school graduation, Angela enrolled at the University of Leipzig, having chosen the Faculty of Physics. At the university, she again demonstrated excellent academic performance. Then she successfully worked at the Central Institute of Physical Chemistry of the Academy of Sciences of the GDR and in 1986 obtained a doctorate in natural sciences.

During the historical events and the fall of the Berlin Wall, so fateful for the Germans, the young scholar joined the popular political force “Democratic Awakening”, which mainly consisted of church leaders. In 1990, she became a member of the government staff of the GDR and exercised her new capacity at many meetings held during the preparation to the accession of the eastern part of Germany. In August, the “Democratic Awakening” became part of the Christian Democratic Union (CDU). 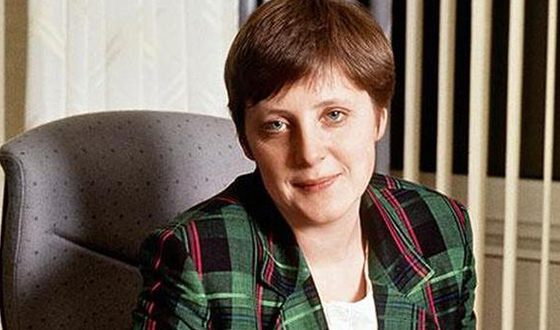 Angela Merkel became a member of the Christian Democratic Union (CDU)
After the reunification of the state, she became a member of the Bundestag from the CDU. Her high potential was appreciated by Helmut Kohl. When forming the new government, he appointed her head of the Ministry of Women’s and Youth Affairs. Soon, she was elected Vice-Chairman of the CDU, and in 1993, the party leader in the state of Mecklenburg-Vorpommern. A year later, Merkel became the Minister of the Environment. 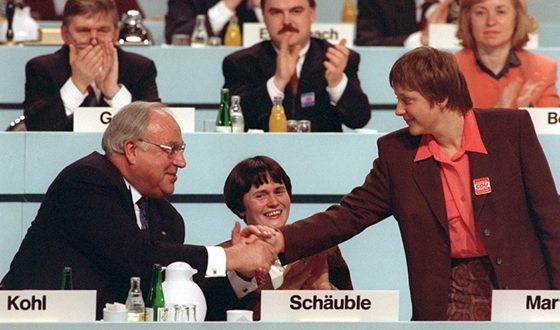 Angela Merkel and Helmut Kohl
According to Zoombolla.com, in 1998, when Kohl lost the election, Merkel became the general secretary of the CDU. After the scandal with the financing of the ruling party, which compromised its patron, she did not defend him, but publicly criticized him, displaying principles that produced mixed opinions. 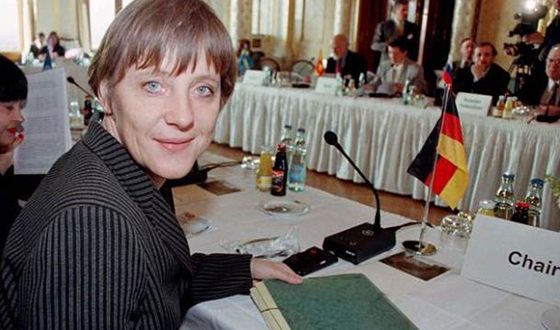 Angela Merkel became the first female leader of a German party
In 2000, Kohl Wolfgang Schäuble’s successor announced his resignation, and Merkel was elected in his place, becoming the first female leader of the German party. In 2005, she was elected chair of the CDU / CSU bloc and nominated for the post of Chancellor. According to the results of the election of people's representatives, she became the first person in the history of the country to represent women in this post. In addition, at only 51 she was the youngest and first native of East Germany at the top of German power. 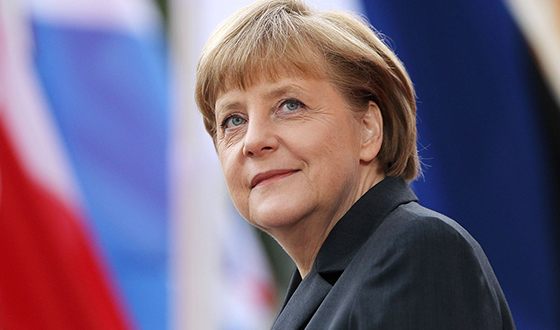 In foreign policy, she tried to maintain smooth relations with all partners, but she considered priority cooperation with the United States. She has repeatedly demonstrated her character in making important decisions, including the issues of Greek public debt, Britain’s exit from the EU, and refugee integration problems. She established a good working relationship with the Russian Federation, although she had previously expressed critical criticism of Schröder’s “excessive” friendship with Putin. 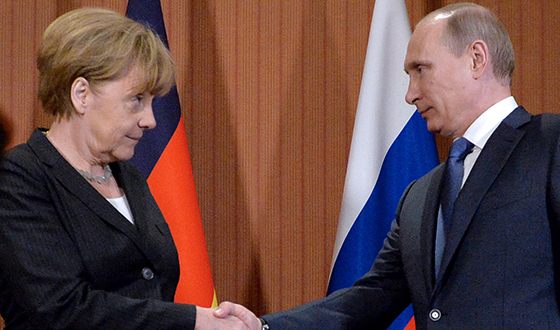 Angela Merkel and Vladimir Putin
In 2014, Merkel did not approve of the annexation of the Crimean Peninsula to the Russian Federation, supported Western sanctions against Russia, and became a member of the conflict resolution team in eastern Ukraine. Despite the difficult relations with the Russian Federation, she came to Moscow for the 70th anniversary of victory in the Great Patriotic War to honor the memory of the participants in the liberation of the world from Nazism.
An interview with Angela Merkel
In the 2017 parliamentary elections, the CSU / CDU bloc, headed by the Chancellor, won an indisputable victory, despite the fact that the authority of the politician due to the influx of refugees in 2015-2016 did drop substantially.

In 1977, back under the socialist regime, Angela married a physics student named Ulrich Merkel. But after 5 years of marriage, they broke up. Later, she would call this marriage a mistake. 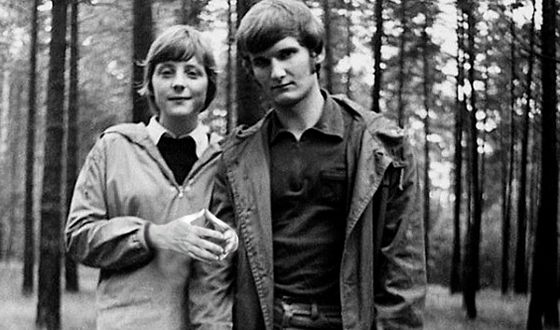 Angela Merkel and her first husband Ulrich Merkel
Her second husband is a professor of chemistry, Joachim Sauer. They met in 1981, became a couple, and married at the end of 1998. She didn’t change her last name for the second time, according to the journalists, due to its euphony (the German word merklich means “noticeable” in translation). The Chancellor has no children, while her husband has two sons from a previous marriage. 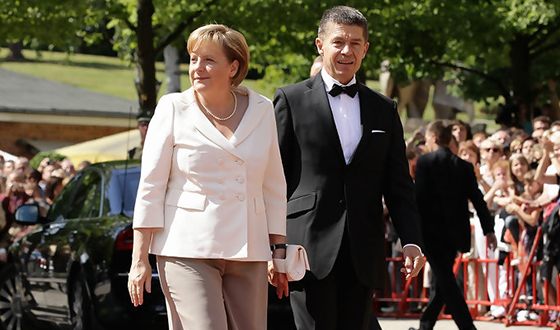 Angela Merkel and Joachim Sauer
In 2013, photos of naked Merkel taken in the 1960s at a nudist beach were published on the Internet. They did not damage the reputation of the prominent politician, but even increased her rating, raising interest in the person of the Chancellor, as in Germany nudism is common and popular. 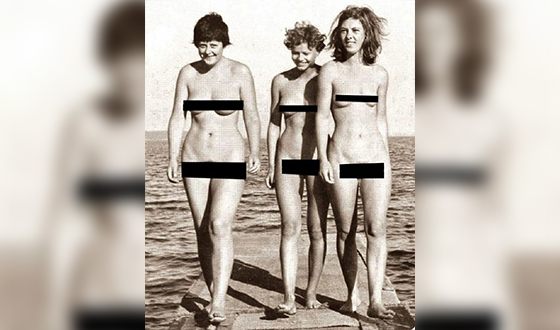 Angela Merkel (left) in her youth with her friends at a nudist beach
In her free time, Merkel loves working in the garden, cooks well, is an avid football fan, and an honorary member of FC Energie Cottbus. She is very afraid of dogs due to having been attacked in 1995. In everyday life, their family is modest, having an apartment and a small country house. The couple spends their vacation in Austria or Italy, renting rooms that are reasonably priced.

In March 2018, the “Teutonic Margaret Thatcher” candidacy was supported by the majority of Bundestag deputies, and Merkel was re-elected for the fourth time to the highest state post of Head of the Federal Government.

During the G7 summit of the leading G7 states in Canada, she stated that she did not see the conditions for the return of the Russian Federation to its membership. Leaders of the participating states expelled Russia from the G8 because of the “annexation of the Crimea.”

In June 2019, Angela Merkel attracted special attention during a meeting with Ukrainian President Volodymyr Zelensky - the German Chancellor was shaking as if in a fit. Two weeks later, her attack was repeated at a meeting with the President of the Federal Republic of Germany. Soon it became known that the Angels were dehydrated - this led to a strong tremor. The third attack happened on July 10 of the same year. Merkel later told reporters that her condition had stabilized.
Angela Merkel seen shaking for the third time
In 2020, after the start of the coronavirus pandemic, Angela Merkel took a number of serious decisions. In March, she delivered an address to the nation and urged people to take measures to combat the spread of the coronavirus infection COVID-19 seriously. The politician also noted that the pandemic could become the most serious challenge to humanity since the Second World War.
German Chancellor Angela Merkel: Coronavirus Germany's biggest challenge
In March 2021, Merkel announced Germany's readiness to be vaccinated with the AstraZeneca vaccine and did not rule out the purchase by Germany of the Russian Sputnik V vaccine.