Main page
Celebrity News
Are Ryan Gosling and Eva Mendes expecting twins?
Discuss
1
Fans of the couple discuss the wonderful news about the possible extension of the star family.

In media, there was information that 37-year-old Ryan Gosling and 44-year-old Eva Mendes will become parents again, this time for twins.

"They are in the seventh heaven of happiness!" - American journalists write. The couple took Eve's new pregnancy as a real miracle because due to the age, the actress had certain problems so they have resorted to IVF. It is reported that after several unsuccessful attempts to conceive Mendes was about to give up but Gosling continued to support her and insisted on new attempts. 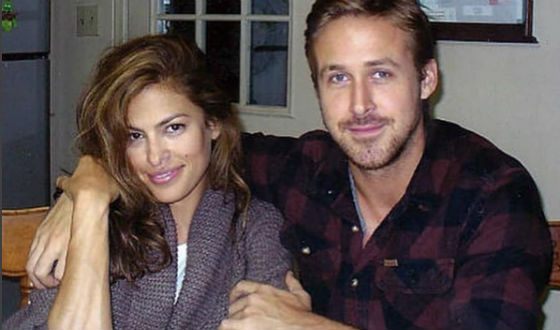 Eva Mendes and Ryan Gosling
The actors are very excited and have already come up with names for their children. The girl is planned to be named Vivian, and the boy will be Carlos – in honor of the deceased Eva's brother.

However, to confirm the successful pregnancy, Mendes still needs to wait for a while. Fans hold their fists for the couple and address them words of support in social media. It is worth noting that the couple tries to keep their private lives in secret. When pregnant with her youngest daughter, Eve managed to hide her condition from the public until the last week before giving birth.

Ryan Gosling and Eva Mendes are in relationship since 2011. The couple brings up two young daughters: three-year-old Esmeralda and two-year-old Amadu.